In 2017, Croatia obtained 357 million euros of EU Cohesion Policy funds to cover roughly 85% of the construction costs of the Pelješac bridge.

The bridge will connect the southernmost portion of Croatia, where tourism hotspot Dubrovnik is located, with the north of country. The two are currently separated by the Neum corridor, a 12km strip of land belonging to Bosnia-Herzegovina. The bridge will bypass the Bosnian territory by connecting the Croatian mainland with the Pelješac peninsula, improving the flow of goods and people. It is also meant to reinforce the country’s territorial cohesion, seen as an important step since Croatia became an EU member in 2013 and hopes to join the Schengen area soon.

The bridge is also a showcase for China, marking the first time a Chinese company has won an EU tender.

“For China, the Pelješac bridge project is a Belt and Road Initiative success story,” says Lucrezia Poggetti, analyst at Mercator Institute for China Studies whose research focuses on EU–China relations. “But its success is disputed as a possible case of unfair competition, since the European companies who bid for construction were outcompeted by a Chinese state enterprise that was able to charge a lower price.”

The Pelješac bridge has been under intense scrutiny since the Austrian company Strabag, which also competed for the tender, laid an accusation of price dumping at its constructor, the China Road and Bridge Corporation (CRBC).

“On 23 January 2018 we filed a complaint against the award of the Pelješac bridge. Besides two formal appeal grounds, we claim that certain items in the CRBC tender bid are unusually cheap. We emphasise the authority’s obligation to question unusually low prices according to EU law (…),” said Marianne Jakl from Strabag SE Corporate Communications & Investor Relations in an email to China Dialogue.

The Croatian State Commission for Control of Public Procurement Procedures rejected their appeal and Strabag subsequently filed a complaint to the Administrative Court in the capital Zagreb. It’s still pending.

“The request for interim injunction was rejected immediately after filing. We also invoked the EU commission, but were referred to the local courts,” said Jakl. A consortium of the Italian Astaldi and Turkish CT Ictas companies also sent a complaint to the state commission challenging the decision to reject their bid due an invalid bank guarantee. This complaint was also dismissed.

Excluding VAT, the China Road and Bridge Corporation’s bid was the cheapest, at €279 million, while Strabag’s bid totalled €351 million and Astaldi’s came in at €343 million. 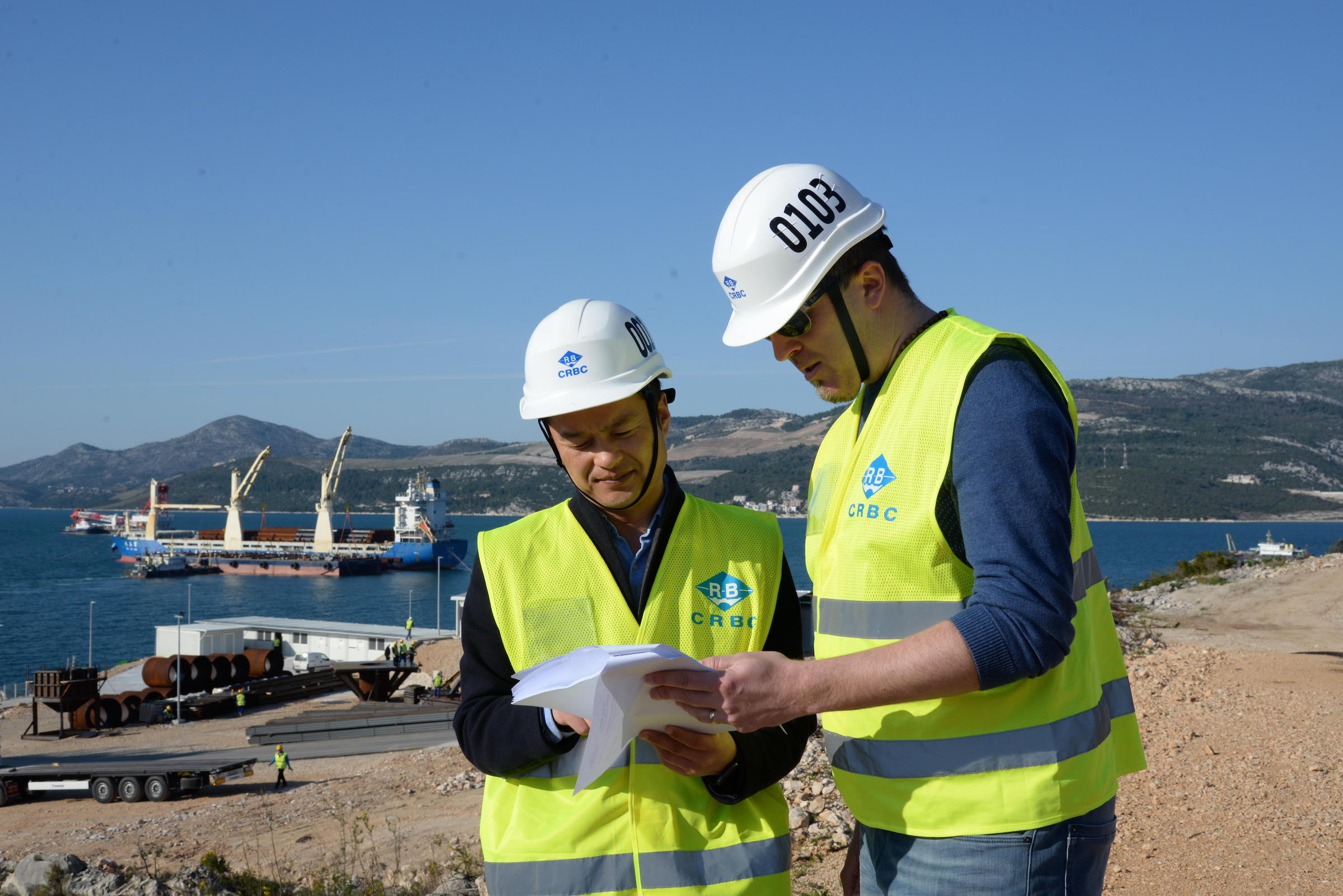 Based on Strabag’s complaint, the Croatian newspaper Jutarnji list (The Morning Paper) reported that the Chinese company allegedly set the price for hydro isolation and asphalt at €428,000 and the disposal of excavated soil at €75,700. Strabag’s price for these services was almost €3.1 million and €1.9 million respectively. China Dialogue asked Strabag to confirm the figures listed in the complaint and reported by Jutarnji list but had not received a reply prior to publication.

Though there was concern that the China Road and Bridge Corporation’s lower bid would translate into higher environmental costs, no wrongdoing has been detected. Vjeran Piršić, director of Croatian environmental organisation Eko Kvarner, said that oyster farmers in the bay of Ston, south of the bridge location, feared construction might impact water quality. “But so far nothing like that has happened,” he says. Zelena Akcija (Green Action), one of the most active environmental organisations in Croatia, confirmed in an email that they had not been aware of any environmental malpractice linked to the bridge construction.

Gateway to the EU market

In Croatia, CRBC has been praised for its efficiency and rapid work, with bridge parts being fabricated in China and assembled on site. When China Dialogue visited the construction site back in February 2019, the chief Croatian engineer Jeroslav Šegedin who was overseeing construction at the site, compared the process to a Lego game. “The pilots are almost 129 metres long and weigh over 230 tons. The floating crane that mounts and fixes them in the seabed is the largest in the world,” he explained.

He also claimed that “no European company would have been able to do such a project in such a short time”. For Siniša Malus, head of communication of the Chinese Southeast European Business Association (CSEBA), an organisation based in Zagreb aiming to facilitate Chinese investments in Europe and Central Asia, this project is less about making profit, and more about entering the EU market. “They wanted to show that they could do it,” he claims, adding that CSEBA assisted CRBC in preparing the documentation for the tender.

Such partnerships between big Chinese companies and local facilitators might be crucial in securing future contracts, especially at European tenders.

Matt Ferchen, head of Global China Research at Mercator Institute for China Studies, explains that he’d seen many projects “done poorly because the Chinese side was unwilling to partner up with capable local partners, whether it was on legal issues, public relation issues or environmental impact assessments.”

“Recently, however, we see more Chinese companies willing to pay more attention to the local circumstances, the legal environment and concerns and interests of the local community,” he adds.

Louise Curran, professor at Toulouse Business School, who has researched the collaboration between Europe and China in renewables says many Chinese companies opt to leave the local management in place and take a hands-off approach, especially when investing in cutting-edge technologies. “Europe is a leader in particular when it comes to the industry of wind, and they also have an advantage in solar, so the Chinese investment in those sectors is perfectly reasonable. They will trust the local management and leave them in place, and eventually learn how to integrate the process a bit more,” she explains.

Following the successful bid for the Pelješac bridge, various Chinese companies have expressed interest in several other projects in Croatia, such as in modernising and building railways, buying a hotel complex, and a concession for a freight terminal at the country’s biggest port, Rijeka. Malus also notes that “Chinese investors are interested to invest in the field of wine production and health tourism.”

So far, none of these investments have materialised and business activities in Croatia have been disrupted by the Covid-19 pandemic. However, the global crisis has not stopped works at the Pelješac bridge, confirmed Hrvatske Ceste, state-owned road management company, in an email. The bridge construction is still expected to be completed as planned, by February 2022.

What does the EU circular economy plan mean for China?

Why Chinese asset owners should act on climate