Achieving these benefits will require not only greater EV sales and a cleaner power sector, but also a critical third element – charging infrastructure.

The lack of infrastructure has been a barrier to EV purchases for years. Many potential EV buyers worry about the availability of publicly-accessible charging points, even though most EV charging is done at home.

As we discuss in a recent report, publicly-accessible infrastructure is growing rapidly in China and the US. China now has over 300,000 public or fleet charging points, according to data from China’s EV Charging Infrastructure Promotion Alliance. (China’s policymakers have prioritised EVs, and charging at home is difficult in many Chinese cities, where residents do not have garages or private parking space.) The US has over 67,000 such charging points according to the Department of Energy.

China’s leading cities and provinces have tens of thousands of public charging points, and the expansion includes most of the country’s provinces, as well as major highway corridors. In the US, more than a dozen of the largest states have at least 1,000 public charging stations.

The growth of charging infrastructure in China and the US offers many lessons and contrasts for policymakers considering how best to promote adoption of electric vehicles. In this article we will illustrate three: the role of government policy, initial experiments with “demand response”, and the degree to which the market and innovative business models are driving new charging investment.

As part of its broader promotion of electric vehicles, China’s central government has promoted EV charging infrastructure using targets and mandates. In 2015, the State Council issued guidance calling for infrastructure sufficient for charging five million EVs by 2020, all new residential construction to be equipped with EV charging, and 10% of parking spaces in large public buildings to have it too. Charging infrastructure is included in China’s 13th Five-Year Plan (2016-20), and the Chinese authorities have developed a single national standard for DC fast charging as well as for communications between chargers and a central system. 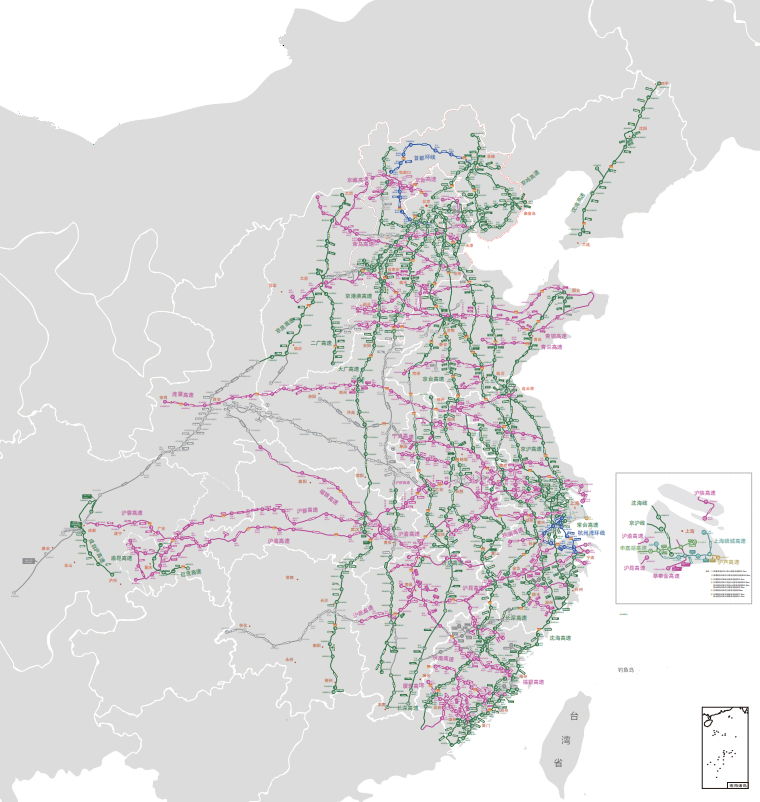 In the US, a federal tax credit for EV chargers expired in 2017. The federal government has promoted alternative fuel corridors along major highways, though the policy comes with no funding and is essentially led by participating states. The federal government is authorised to provide up to US$4.5 billion in loan guarantees for EV charging infrastructure along the corridors, but to date no loan guarantees have been issued under the programme. The US Department of Energy has supported workplace charging of EVs with voluntary programmes designed to share information and best practices.

The Chinese government is currently developing its 14th Five-Year Plan (2021-2025). Such long-term planning is largely absent from most US policymaking. For complex infrastructure development involving both the public and private sectors, planning can provide important benefits.

Charging and the grid

EVs’ impact on the electric grid, and the emissions attributable to them, depend on when the vehicles are charged. Many experts expect that EVs can play a role in integrating renewable energy into electric grids, provided the vehicles are charged when renewable energy is available. Demand response – programmes that encourage or require customers to reduce electric use at times when high demand increases electricity prices – can facilitate cleaner EV charging. Chinese policymakers could learn from ongoing developments in the US in this area.

Several pilot programmes in which EVs provide demand response are underway in the US. The state of California has approved one programme under which eMotorWerks will aggregate 1,000 EVs to ensure that their charging times can respond to grid requests. Vermont’s Green Mountain Power oﬀers an EV charger in exchange for participation in a demand response programme that will interrupt charging at super-peak times.

Although time-of-use pricing for EV charging is widespread in China, demand response would be challenging since China lacks a power market in which prices fluctuate according to supply and demand. 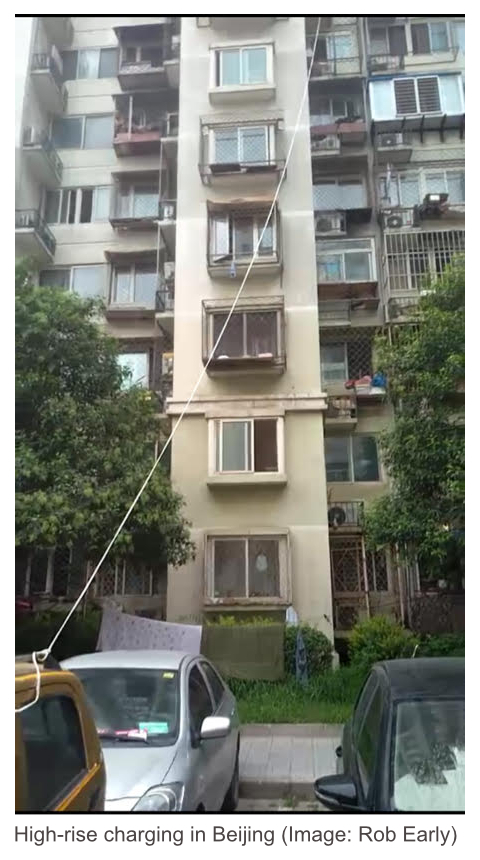 In most of the US, wholesale power prices fluctuate continually, creating a real-time market which curbs demand when prices are high. For EVs, this market includes companies that own or control large numbers of EV chargers, which can then time charging to reduce costs for consumers and make charging friendlier for the grid. In China, current discussion centres on increasing the degree of “orderly charging,” which implies charging control directed by utility companies. As China’s power market reform proceeds, opportunities for market-driven demand response programmes may grow.

In both China and the US, utility companies have an active role to play in charging infrastructure. EV infrastructure requires utility investment in distribution grid infrastructure, both in residential neighbourhoods that might see higher power demand as well as along highways where high-powered chargers may be located.

Utilities in both countries have invested in public EV chargers. Given the vast scale of China’s two grid companies, and the impetus from central government policy, China State Grid and China Southern Grid have each played a prominent role in expanding public charging in their service territories.

In the US, where states dominate utility policy-making, a few utilities such as California’s three big investor-owned utilities, as well as Seattle City Light and Kansas City Power & Light, have rolled out utility-owned charging stations and won regulatory approval for such investments. In many states, regulators have been reluctant to approve utility involvement other than in bolstering distribution grids and, in some cases, allowing returns on “make-ready” investments in areas that may require charging stations in the future. 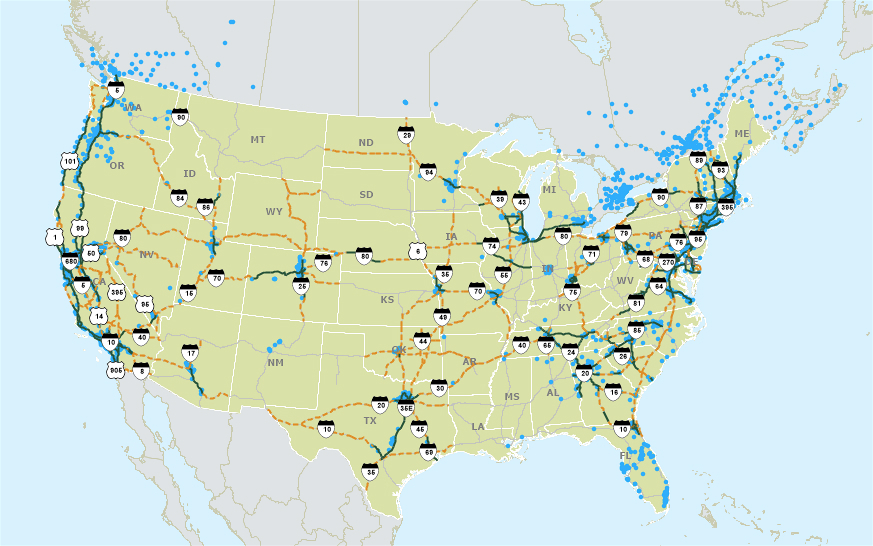 Charging points on US roads

Automaker charging networks also exist in both China and the US. Indeed, Tesla operates a fast-charging network in both China and the US – one of the only EV charging providers active in both countries. Among the numerous major EV manufacturers in China, only BYD’s network is among the top charging networks in the country. NIO and BAIC have begun to build out networks of battery swap stations. In the US, Volkswagen and others are investing in the Electrify America network, which is at an early stage of development.

Independent charging networks (unaffiliated with utilities or auto companies) play important roles in both China and the US. In China, independent players Tgood (Telaidian), StarCharge, Potevio and Shanghai Anrui have all expanded rapidly, installing and operating public chargers along roads, in public parking lots and in malls and other areas. In the US, EVgo, Greenlots, Blink and SemaConnect operate nationwide networks.

Interviews for our study suggested that independent charging networks in China have struggled to make their business models work, mainly due to low revenues from charging. As one EV industry analyst noted, “Companies are just installing charging as a kind of land grab (for potential future profits), even though they will lose money now.” For charging stations installed at shopping malls and other parking areas, property managers see little motivation to keep the chargers open for EVs, or ensure they are kept working.

In contrast, private networks active in the US have seen multiple paths to earning revenue by partnering with prominent retail chains such as grocery stores and superstores. This in part reflects the less dense urban layout and wider availability of private parking in many areas of the US. Many retail chains in the US have worked with independent charging networks to analyse shopper behaviour, finding that upscale EV owners stay longer and spend more at stores with charging available. Although parking may simply be too valuable to offer as an amenity in the densest Chinese cities or districts, in some cities the EV-charging-as-amenity model may work well once EVs are more widespread.

EV charging infrastructure is expanding rapidly both in China and the US, driven by policy as well as private investment. Though both countries now have tens of thousands of public and private chargers and charging stations available to serve growing fleets of electric vehicles, the industry is at an early stage. For the transition to be sustainable, both economically and environmentally, countries will benefit from studying best practices and technologies in other markets.

The experts we interviewed for our study recommended that policymakers and businesses focus on near-term market needs for residential and workplace charging as well as fast charging in city centres and along highways. “Right now, we need more of everything” was a view expressed by many. As the EV charging industry grows in the years ahead, better understanding of the approaches in China and the US can help policymakers, businesses and other stakeholders in both countries, and around the world.