When Indonesian officials said they were meeting with Tesla representatives at the end of last year, they had already spent years wooing the company toward the metals locked in their rainforest soils.

The abundance of metals like nickel and cobalt on Indonesia’s islands could calm worries that the electric vehicle (EV) industry would confront resource bottlenecks in building millions of batteries.

But earlier this year, Tesla seemed to have other interests. The US company advanced deals in nickel from the Pacific islands of New Caledonia as well as in manufacturing its cars in India, suggesting to market observers that Indonesia’s nickel industry had become too risky. A company branded on clean products may be particularly sensitive to increased scrutiny on the environmental impacts of its supply chain.

“Investors are seeing that, for example, if I invest upstream in Indonesia and they don’t have sustainability standards met, those companies will be punished by the markets and consumers,” says Andry Satrio Nugroho of Indonesian think-tank the Institute for Development of Economics and Finance. “What Tesla wanted was sustainable mining, which was not supported by current laws.”

Indonesia’s bid to develop its nickel sector in the global push to spread EVs comes on the heels of last year’s new Minerals Law and the highly controversial Omnibus Law on Job Creation. Researchers say these regulatory changes present environmental, social and governance (ESG) risks. As a result, projects have struggled to convince car buyers concerned about the environment, socially responsible investors and the Indonesian public that they can uphold labour standards, manage waste responsibly, reduce their carbon footprint and minimise biodiversity impacts.

“I think ESG risk cannot be separated from business risk. The dichotomy only leads us to the old pattern that caused the current climate crisis,” says Muhammad Rushdi, a researcher with Indonesian NGO Action for Ecology and People’s Emancipation (AEER).

The risk of shortage

These challenges are posing formidable roadblocks to collecting investment to grow the availability of minerals critical to the energy transition. EV industry players are sounding the alarm that some manufacturers may not have enough metal to swap gas-powered cars for their battery-based alternatives in time to avoid the worst impacts of climate change.

According to the IEA, in a scenario consistent with the climate goals of the Paris Agreement, battery nickel supply would need to balloon to 19 times its size by 2040. Battery cobalt, which can be produced in Indonesia as a by-product, would have to increase 21 times. Both metals boost energy density in current electric vehicle and grid-level batteries. 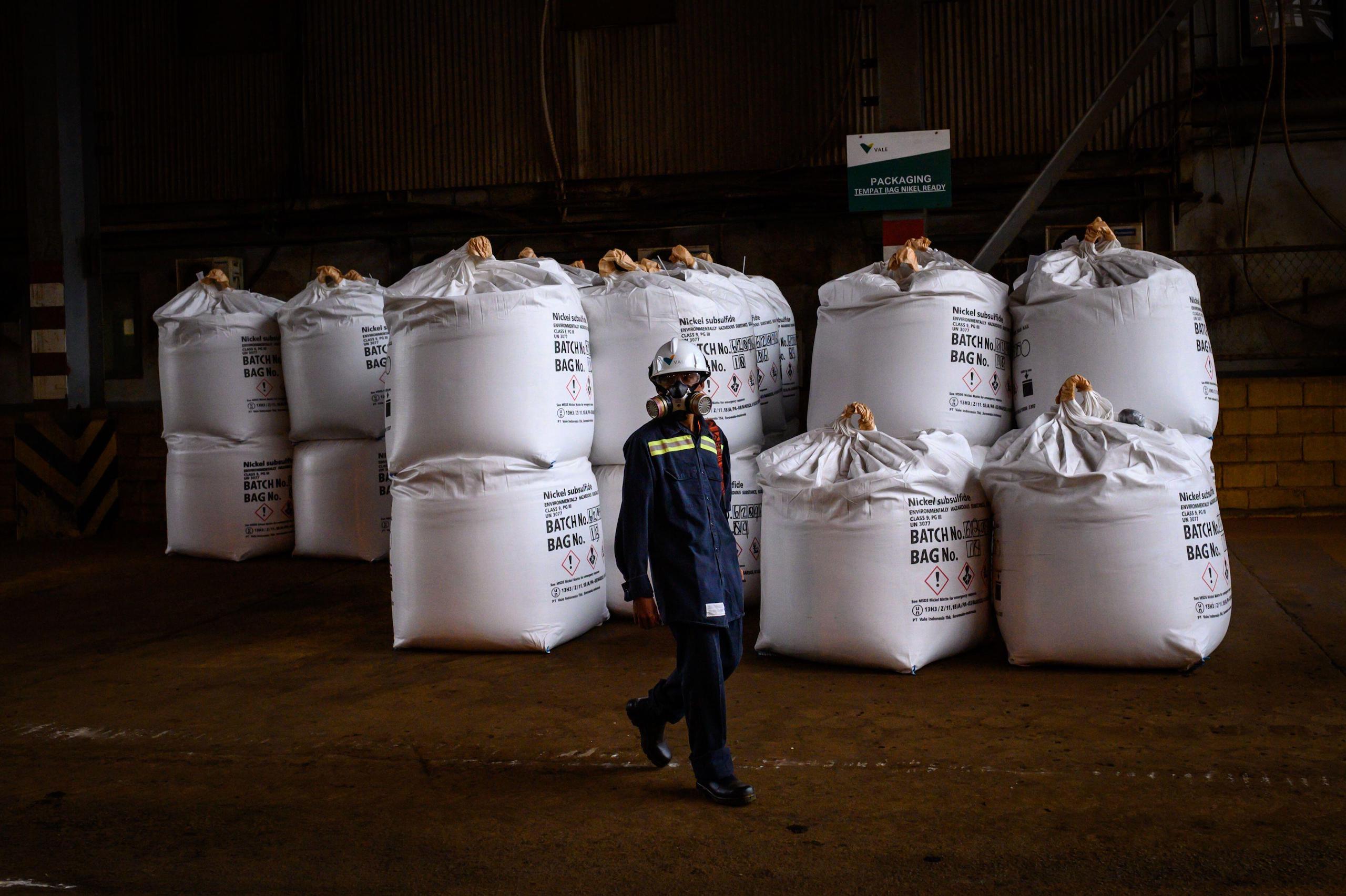 The supply of nickel for batteries would have to increase by a factor of 19 in order to meet the climate goals of the Paris Agreement, according to the International Energy Agency (Image: Hariandi Hafid / Alamy)

Chinese-owned Tsingshan, a legacy nickel producer in Indonesia, said it could fill some of the gap by converting nickel for stainless steel into a battery nickel product. Major cobalt producer Zhejiang Huayou announced in May a “massive” project in Maluku to provide both metals to battery markets.

Recognising this urgency, Tim Gould, the IEA’s head of Division for Energy Supply Outlooks and Investment, also noted that “solutions to climate change cannot work on the back of injustices or poor environmental performance further up the value chain.”

In Indonesia, which industry players have sought out for its nickel reserves, those risks are compounding. Investors confront a business landscape that has been criticised for declining labour and environmental standards, according to industry analysts and several reports from activist organisations. For instance, exposed soil from mines can seep into waterways, displacing water and making flooding more frequent. Additionally, rural mining areas often see coal dust covering their homes and entering their lungs.

“In the current political economic system, companies seem to seek looser environmental regulations. But in my opinion, tighter regulations are still needed in the areas where we have clear boundaries,” says Rushdi.

In two recent reports published through AEER and the Rosa Luxemburg Foundation, Rushdi and other researchers highlighted the dangers of deforestation and flooding, as well as labour conditions that push workers into long hours companies are sometimes reluctant to properly compensate.

Indonesia’s nickel business is concentrated in Sulawesi, where Chinese company Tsingshan runs the Indonesia Morowali Industrial Park (IMIP), a hub of nickel processing set up for the stainless steel industry. While large Chinese companies dominate processing, they are fed cheap ore by hundreds of smaller, mostly Indonesian-owned mines that dot the rainforest.

Recent legislation, like the Omnibus Law on Job Creation, have lowered ESG standards, particularly around public participation, even as they are not respected in some cases, says Angela Tritto, a researcher at the Hong Kong University of Science and Technology. For example, environmental impact assessments can only be challenged by people who are “directly affected.” Such people often don’t have the means to launch lawsuits. In addition, local governments have little power over environmental permits in their districts. Chinese investors, she says, have been more willing than others to face these challenges.

“Chinese companies at this moment are not as risk-averse as other companies, probably because also they are supported by the state, and so they have a number of incentives that reduce the risk if they are not immediately profitable,” Tritto said. In addition, these companies have seemed to wait until issues arise before engaging with local communities.

The new construction and projects at IMIP and in Maluku, which aim to turn ore into nickel and cobalt products designed for batteries, rely on smelters that use dated technology. These smelters, called HPAL, also produce toxic waste that is difficult to manage. 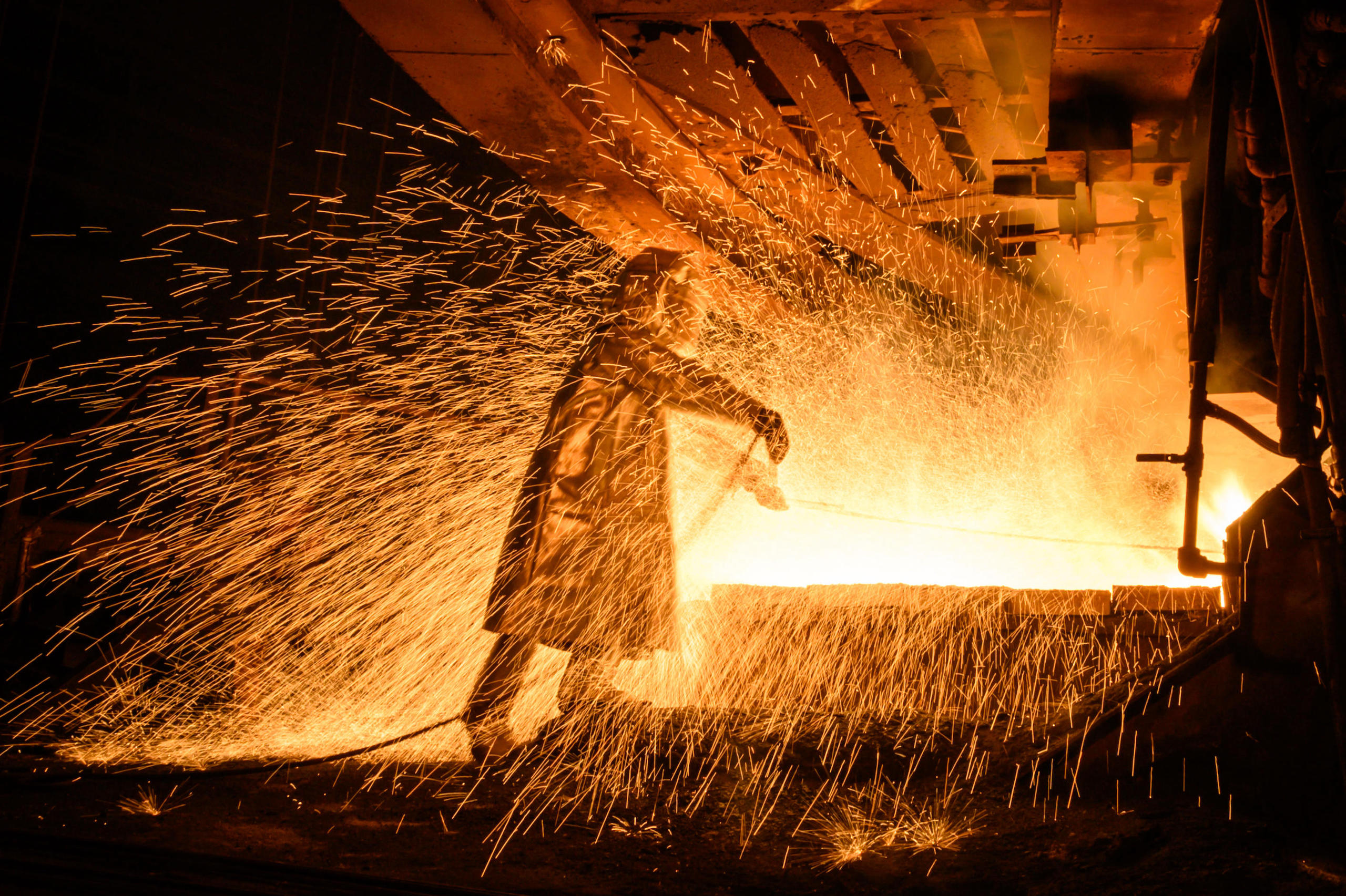 After dropping plans to dump waste into the ocean, companies now confront two other waste-management options that would contain waste on land: a tailings dam or drystacking.

“Both options need a lot of land. Land conflicts and deforestation could potentially arise, not to mention the risk of earthquake because the places where battery nickel projects are being developed are located on the Ring of Fire,” says Rushdi, referring to a seismically active region around the Pacific Ocean. The Indonesian government has not explicitly prohibited ocean dumping, which is also called deep-sea tailings disposal.

The electric vehicle industry is uniquely sensitive to consumer concerns, analysts say. The EV story of cobalt, in which awareness about child labour ignited a reshaping of the mining sector in the Democratic Republic of the Congo, is playing out uniquely in Indonesia. Companies in the cobalt sector have adopted guidelines, such as the due diligence rules from the Organisation for Economic Cooperation and Development (OECD), but nickel may require a distinct set of guidelines.

The OECD Guidance for Responsible Business Conduct, for example, says little about environmental impacts, which have been the focus of risk assessments for investors in Indonesia. Steven Brown, an independent consultant who works with mining companies in Indonesia, suggests the industry could benefit from a global guideline against which investors could judge nickel projects specifically.

Should Tesla accept nickel that’s been smelted with a coal-fired power plant?

“Should Tesla and others accept nickel that’s been smelted with a coal-fired power plant?” asks Brown. “That question is not addressed in the OECD guideline. You’ll need something to look more specifically at that if you’re going to address issues in the nickel supply chain.”

Mining industry initiatives are gaining steam as minerals occupy more space in the climate conversation. The Initiative for Responsible Mining Assurance and the Global Battery Alliance, Rushdi says, are two recognised and independent groups that can boost confidence in ESG standards.

Absent industry initiatives, there are also opportunities to direct investment toward other technologies or methods to address the climate crisis, Rushdi says. For example, batteries are difficult to recycle, but greater investment could bolster metal reuse. Additionally, boosted public transportation can take pressure off finding minerals for privately owned cars.

EV makers may also make clear the kinds of nickel they are willing to buy, but nickel has fewer “clear lines in the sand.” For example, refusing nickel that uses ocean dumping, coal power or poor mine rehabilitation methods may cut off a large chunk of battery nickel from world markets. If projects choose to build tailings dams, they have the opportunity to join a recent industry initiative to uphold stronger requirements of safety and environmental management, called the Global Tailings Standard.

“Those are ESG risks that are hanging over the nickel supply chain, and until the supplier codes are rewritten, by Tesla and other EV makers, those risks will remain,” Brown said.

Andry said, the Indonesian government has been slow to ensure regulation can meet international standards. In particular, state-owned companies, which are leading domestic battery manufacturing growth, have the potential to be “pioneers” but have fallen short.

“If there’s not an opportunity to apply ESG standards, companies will not want to,” Andry said. “This is one issue that needs to be taken up by the government, because so far it has only spoken about the amount of investment, not the quality of investment.”