Thario Halepoto village is located in the Thar desert in south-eastern Pakistan, around 400 kilometres east of the port city of Karachi. You can hear the scream of peafowl and bells sounding around the necks of grazing goats and cow. Women wearing colourful clothes carrying water pitchers on their head between the sand dunes.

Around 1,000 households live in the village, the majority of them part of the Halepoto clan. But life here is about to change, with the arrival of Chinese and Pakistan joint venture to excavate the massive coal deposits that lie beneath the sand and build coal fired power stations to meet Pakistan’s energy demands.

Mehmood Halepoto’s family has lived in this village for centuries. Like other residents, Halepoto is a herder who ploughs the fields when it rains. In 1990 officials came looking for coal, and found huge deposits under the village.

The Thar desert in Sindh province contains 175 billion tonnes of lignite coal – one of the largest untapped coal deposits in the world. It is also one of the most populated deserts in the world – home to world heritages sites and endangered species. Most of the 91,000 people who live in the Thar desert region live in poverty and are highly vulnerable to extreme weather events. Twenty five per cent of people live within the proposed coal development area. They thought they would benefit, but that has not been the case.

“We were happy, as people told us we would be rich, but now, this has turned into a nightmare and the black gold has become a black snake that is displacing us from our ancestral land,” said Mehmood.

It was only in 2015 that work began on the fields, when the Thar coal project was included as part of a string of energy and infrastructure deals signed under the US$46 billion China-Pakistan Economic Corridor (CPEC). These agreements included eight coal-fired power plants and a 3,000-kilometre network of roads, railways and pipelines to transport oil and gas from Gwadar Port on the Arabian sea to Kashgar, in the northwestern Chinese province of Xinjiang.

In December 2015, China approved a US$1.2 billion (8 billion yuan) investment for surface mining of Thar coal and the establishment of 660 MW power projects. The deposits are divided into 12 blocks, each containing 2 billion tonnes of coal. In the first phase the Sindh provincial government has allocated block II to Sindh Engro Coal Mining Company (SECMC)  to excavate 1.57 billion tonnes of coal and build a 660 megawatt power plant. The plant is expected to send power to the Pakistani national grid by June 2019 and will later be expanded to produce 1,320 MW of power.

A state-owned Chinese company, the China Machinery & Engineering Corporation (CMEC), is providing the machinery and technical support for the excavation of coal, and building and running the power plant. The local company will provide human resources, management and be responsible for the distribution of  power. SECMC say the project has created 200 technical jobs and 1,600 menial positions. But locals have been protesting that the company has not even given them the menial jobs. Around 300 Chinese, including the engineers, miners and experts are also working on the site.

The Chinese team have started excavating the first pit. In the first phase SECMC will relocate five villages, which are located in block II, including Thario Halepoto village.
​
SECMC has started paying villagers for their homes and agricultural land. SECMC’s chief executive officer, Shamsuddin Ahmed Shaikh, claims that his company will do all they can to help the villagers.

“We will construct model towns with all basic facilities including schools, healthcare, drinking water and filter plants and also allocate land for livestock grazing,” he said.

He said that the company is paying villagers above market prices for their land – 185,000 Pakistani rupees (US$1,900) per acre. However locals say this price does not take into account its high environmental value and they do not want to be relocated to the new towns, the exact location of which is yet to be decided.

“We [our families] lived in this village for centuries, we spent our childhood here and our forefathers are buried here; to leave all this is very difficult,” said Muhammad Hassan Halepoto, a resident of the Thario Halepoto.

“We have dozens of trees on each acre of land. We feed our livestock from these trees even during droughts and also when it rains we plough our lands and get a huge amount from the crops. These lands are our permanent source of livelihood,” said one villager.

The villagers will also lose grazing lands to the coal project. The Thar Desert is home to 7 million cows, goats, sheep and camel and provides more than 60% of the milk, meat and leather requirement of Sindh province.

Villagers fear that the project will be an environmental disaster for the desert. The company will cut thousands of indigenous trees to make way for the mining and construction of roads, destroying the local ecology. 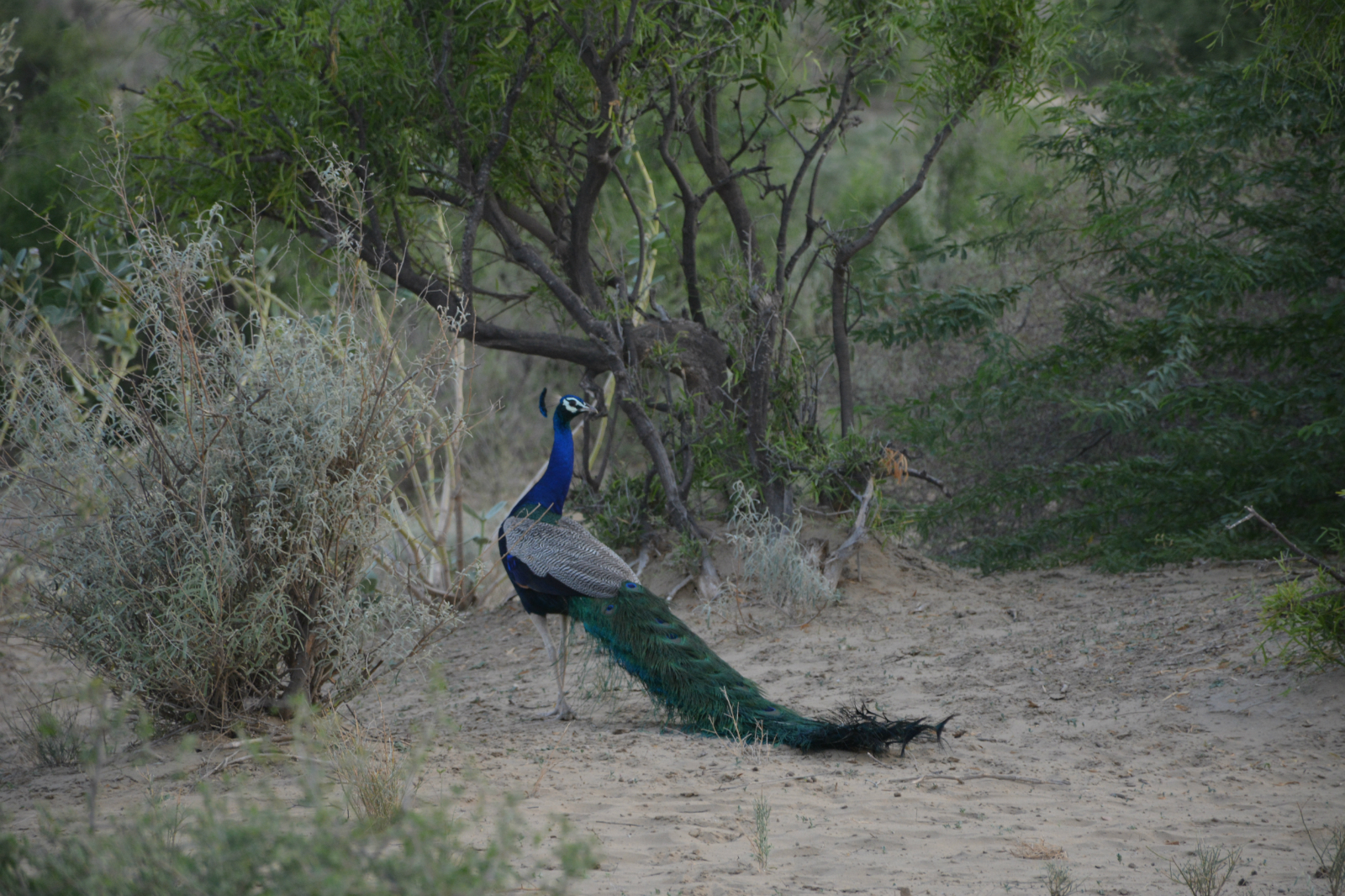 Thar Desert is home many wildlife species including blue peacocks and antelopes.

A SECMC official said that the company will plant 10 trees for every tree cut. So far the company has planted 12,000 trees in an 18-acre area called the Green Park and more trees will be planted in next two years.

But villagers said that they had been using the leaves of these trees as fodder for their animals and they will have no access to the trees in the park. Also instead of planting indigenous trees, they pointed out, the company is planting alien species like conocarpus, a fast growing type of coastal plant which sucks up a lot of water and will be disastrous for the desert environment.

Locals are afraid that the company will extract huge amounts of groundwater for coal excavation, a region where groundwater level is dropping in some areas by two metres a year and has fallen to 100 metres deep in some place due to prolonged drought. Drought in the desert has led to the death of more than 3,000 children in the past three years, although authorities have admitted only 828 deaths.

Residents of another nearby village Gorano have filed a constitution petition in the court against the mining company. Leela Ram, one of petitioners, said that the mining company will dump wastewater over 2,700 acres of cultivatable land and forest. “This will directly affect 15 major villages with 15,000 people, 200,000 trees will die and all these people will have to migrate from their native villages,” said Leela Ram.
​ 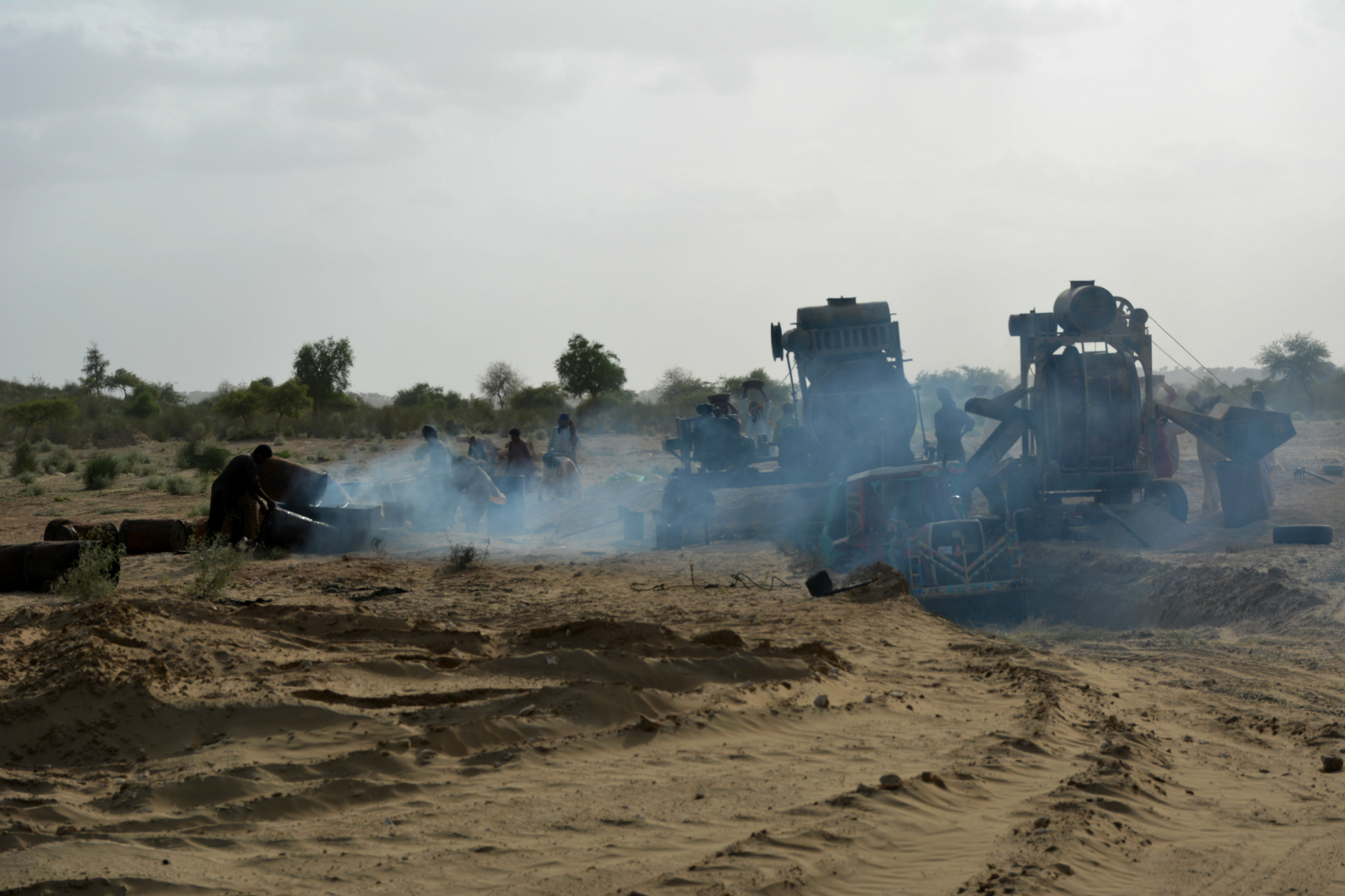 In recent years a large number of trees were cut to make way for Pakistan’s coal projects.

SECMC’s Shaikh rejected such claims saying his company would only use 1,400 acres for two reservoirs to store the water extracted during excavation. “It will be natural underground saline water, not toxic or poisonous in any way and it will not affect any village,” he claimed.

Thar coal deposits are lignite, a particularly dirty kind of coal with low energy content. This means a higher quantity of coal needs to be burnt to produce power, which means more carbon emissions. Many countries around the world are reducing power generation from dirty lignite. China itself is closing down many coal based power plants at home, but on other hand it is helping developing countries like Pakistan to mine lignite coal and build new power stations.

At the UN climate summit in Paris, Pakistan pledged to reduce its green house gas emissions by 5%, but at the same time it plans to develop its fledgling coal industry with five new power plants scheduled to start producing electricity by 2018 and many more in the pipeline.

A seven-year-old girl recently filed a case in Pakistan’s Supreme Court, with the support of her environmental lawyer father, claiming government plans in the Thar desert will exacerbate climate change and deprive future generations of the right to healthy life. In her case she points to the needs to invest in renewables to overcome the power shortage, rather than dirty coal, since the country is endowed with plenty of sun and wind.

SECMC’s Shaikh admitted that lignite is worst form the coal, but he claimed that his company will be using state of art modern technology to collect the fly ash from the coal chimney and dump it in a site that the company will build in the future, thus minimizing the damage from fly ash. His words may be little comfort to the villagers of the Thar desert and the next generation of children growing up in Pakistan today.

All photos by Amar Guriro

China’s new silk road: What’s in it for Pakistan?