More countries in the world have woken up to the public health emergency caused by air pollution and have taken stronger action, but much more needs to be done to avoid sharply rising economic costs related to toxic air.

So said a report published by the United Nations Environment Programme on Tuesday, which laid out 10 measures that countries can take to improve air quality through the use of cleaner technologies and fuels in power generation, industry, cooking, heating and transport. 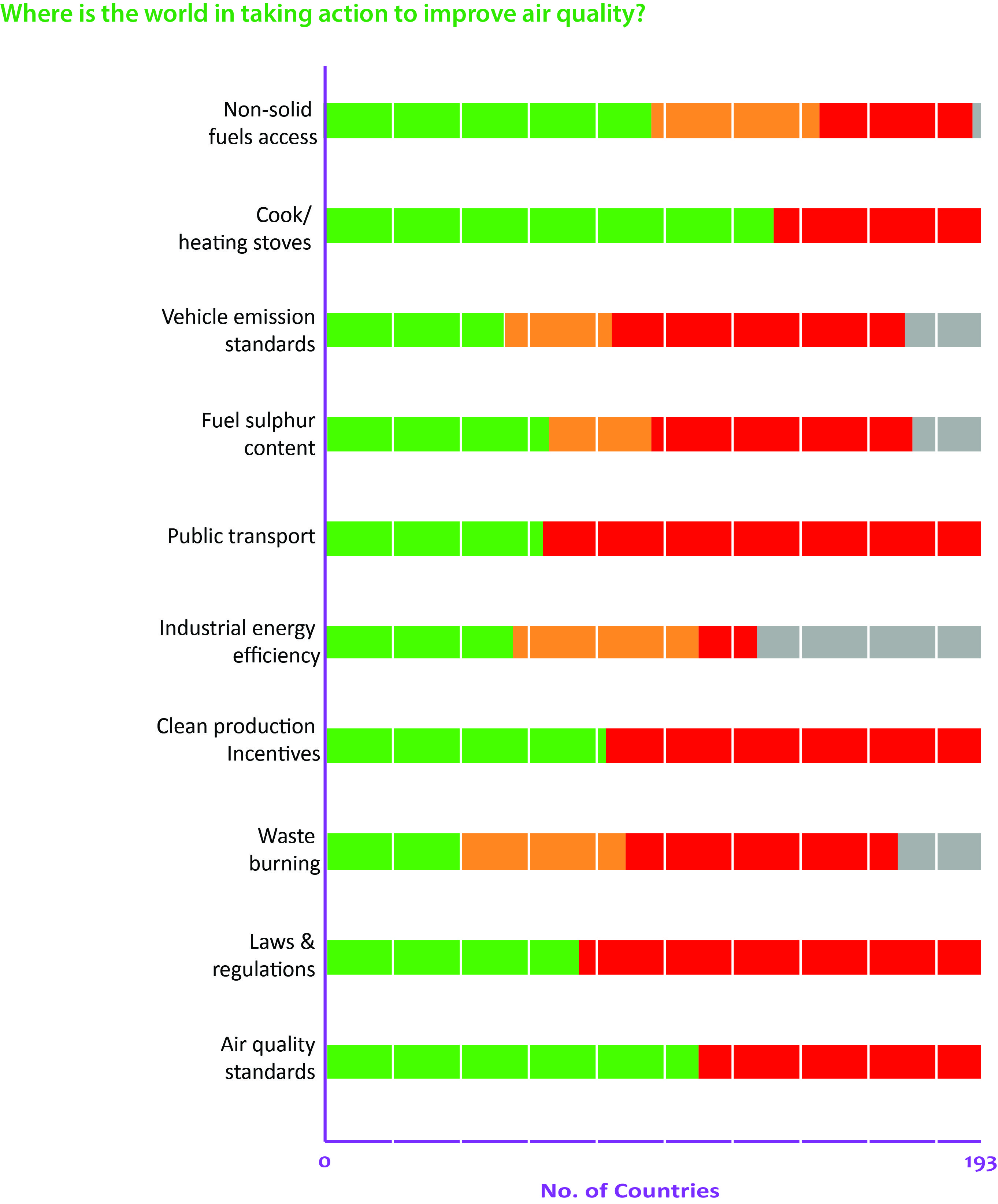 Many of the 193 countries have implemented policies and activities (green) and others are in process (orange), while others still have to adopt or implement them (red). Grey means data was not available.  Source: UNEP
​
The report, which was presented to UNEP’s annual congress at its headquarters in Nairobi, Kenya, said most countries in the world were still failing to put effective policies in place.

“The health, social and economic costs are massive and rising,” UNEP’s chief executive Achim Steiner, said in a statement, adding that declining air quality in many countries could add to the estimated seven million people killed by air pollution each year.

Countries have been most deficient in policy areas such as vehicle emissions standards and the burning of waste.

Policies and standards on clean fuels and vehicles could reduce emissions by 90%, but only 29% of countries worldwide have adopted measures equivalent to Euro 4 emissions standards or above.

Meanwhile, only 20% of countries regulate open waste burning, which is a leading cause of air pollution, the report added.

However the UN agency did identify some areas where there had been progress.

Almost 100 countries have increased the percentage of households that have access to cleaner burning fuels to more than 85% – a key move to tackle indoor air pollution, which claims over half the deaths attributed to poor air quality.

How Mexico City slashed air pollution levels by half