Long-standing fears about the existence of so-called ‘cancer villages’ in China have been confirmed by a recent study, which links pollution and cancer rates across the provinces of Henan, Anhui and Jiangsu.

Researchers at the China Center for Disease Control and Prevention examined the relationship between water pollution and cancer rates in the Huai watershed over the past 30 years. An initial report concluded that the most severely polluted areas also showed the highest increase in digestive cancer rates – which researchers have now attempted to map.

Professor Gonghuan Yang, formerly deputy director of the China Centre for Disease Control and Prevention, and who led the research, said the overlap between pollution and new cases of cancer in the Huai watershed “strengthens our evidence that there is a link between water pollution and cancer”.

The Huai watershed lies between the Yellow River and the Yangtze, and is one of China’s major river systems, covering 274,700 square kilometres. It waters much of China’s commercial grain crops. 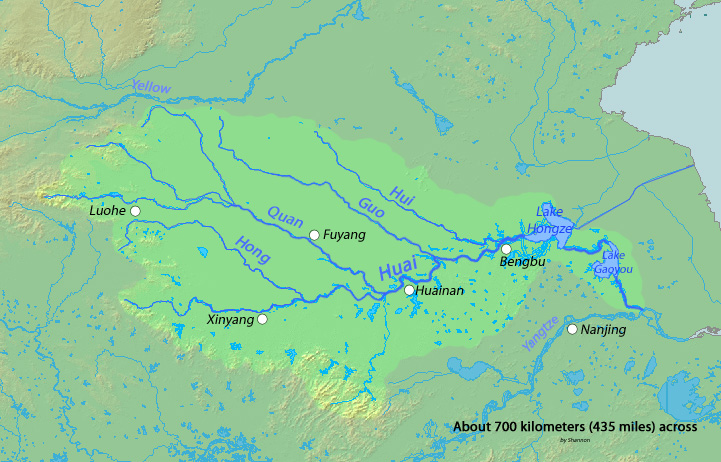 In the 1980s polluting factories such as food processing plants, paper mills and tanneries gathered on the river banks both of the Huai river itself and its tributaries.

The first “cancer villages” the Chinese public heard of were on the banks of the Huai – these villages, suffering high incidences of cancer, were widely reported in the media during 2004 and 2005. And in the summer of 2005 Professor Yang was dispatched to investigate.

Both the public and the media had speculated that polluted water was to blame, but although there have been similar cases elsewhere, such as the Minamata mercury poisoning case in Japan, there had never been conclusive proof of a link between pollution and cancer in the Huai watershed.

An official recognition of sorts of the existence of cancer villages was made by the Ministry of Environmental Protection earlier this year. This followed a number of years of government action to attempt to clean up drinking water.

In March 2005 an emergency water provision scheme was approved by the state council and the quality of drinking water started to improve in places such as Anhui and Henan. That same month Henan announced a program to ensure the supply of clean drinking water in heavily polluted parts of the Huai and Hai watersheds, covering 800 villages.

Wang Shiwen, a village doctor in Huangmengying, Henan province, one of the first widely known cancer villages, said digestive cancer rates had fallen. Prior to 2004 his clinic would see 20 or 30 people with digestive complaints every day. Now it’s no more than five.

However, in media interviews Professor Yang said the effects of pollution on health are delayed, and that we can expect that over the next ten years the heavily polluted areas of the Huai watershed will still see high rates of cancer.

Professor Yang also pointed out that although the correlation had been confirmed, it would still be difficult to prove a causal link between cancer and specific sources of pollution in court.

“There are various pollutants in the Huai watershed, from paper mills and tanneries and so on, and these are all mixed together," she told chinadialogue. "Various disease-causing agents are probably at work at the same time. The measures used today such as chemical oxygen demand and ammonia levels do not identify specific pollutants. The problem is that we have multiple pollutants.”

For example, the legal case over the Minamata methylmercury poisoning in Japan took 20 years to take shape: from finding the scope of the pollution, to identifying specific diseases and matching them up to corresponding pollutants. “It really wasn’t easy,” said Professor Yang.

The shadow over rural China