Southeast Asia’s urban population is projected to rise to nearly 400 million by 2030, requiring significant investment in waste management to cope with the increase in garbage. The growth in electricity demand is also prompting countries to more than double generation capacity by 2040.

One obvious and quick solution to these two needs is waste-to-energy, a catch-all for different technologies that allow countries to get rid of waste and generate electricity at the same time.

Traditional waste-to-energy methods like incineration tend to be unpopular with communities because of the associated health and environmental impacts.

But policymakers in Southeast Asia have looked at China, which has successfully rolled out waste-to-energy and now has the most capacity globally, and decided it is worth writing into national waste management plans. As countries decide what type of technology to use, it is vital that they learn from China’s rapid adoption.

Incineration is the cheapest and best known waste-to-energy technology, but countries should consider other types, as well as plan for the broader policy changes that are needed to make waste-to-energy a good long-term investment.

As living standards in the region rise, people will create more municipal solid waste from their homes, offices, shops and other public places. This is usually a mix of food leftovers, paper, plastic packaging, clothing, metal, glass and in some cases sewer sludge.

Most Southeast Asian countries depend on landfills to store this waste but there are problems with this approach.

A recent study shows that municipal solid waste in China, Thailand, Vietnam, India and Pakistan could more than double to over 600 million tonnes between 2015 and 2025. While landfills have been the cheapest method of disposal, the rapid growth of waste will be hard to handle. High demand for land near urban centres means that garbage is often packed into dense landfills, and there isn’t a system in place to deal with the resulting mountains of trash.

The costs of poor waste management are high: landfills use lots of space and pollutants can leach into the soil and surface water, harming the environment and people’s health. Gas from decomposing organic materials in landfills is a serious issue, forming about 11% of all global methane emissions. Approximately 90% of the world’s plastic waste is not disposed of properly, not even making it into landfill, which is one reason plastic is the largest single contributor to ocean pollution.

Incineration is the second most common way to deal with waste and seems like an obvious choice: it eliminates much of the physical burden of waste while producing much-needed energy.

In reality, waste-to-energy is complicated. While incineration eliminates physical waste, to be efficient it also requires pre-sorting materials to remove organic and non-flammable materials.

When well-managed, waste-to-energy can reduce the need for physical waste storage; manage the impacts on air, ground, and water pollution better than landfills; and utilise a domestically-available and sustainable resource for electricity production.

But in many cases incineration plants have not been well managed. Most emerging economies have limited or even no waste sorting processes. Ineffective pre-sorting reduces the cost effectiveness and efficiency of all waste-to-energy technologies. For incineration plants, this means the temperature does not get high enough to eliminate key pollutants. Even when well-managed, incineration plants still leave ash that needs to be disposed of safely.

Other commercial technologies largely depend on producing gas from waste. Gasification plants use plastic and organic solid waste in a chemical conversion process that creates and burns synthetic gas at high temperatures. Landfill with gas capture, fermentation, and anaerobic digestion all utilise controlled and catalysed processes of decomposition to generate methane and biogas from waste materials. These gases can be burned and utilised much like natural gas, and are generally more efficient than incineration.

Thailand and Indonesia provide a useful snapshot of the difficulties faced by countries in Southeast Asia eager to utilise waste-to-energy.

This is likely to grow, as licenses for up to 500 megawatts of waste-to-energy plants have already been granted and Thailand’s next Power Development Plan for 2018-37 may raise the license limit.

But a lack of waste sorting means the industry has faced a major issue with incineration plants. The trash in Thailand is too full of organic and other non-flammable materials so incineration plants cannot reach the high temperatures necessary to produce electricity and avoid toxic emissions and ash by-products.

This has led some local communities and civil society groups to protest over pollution and health concerns. Some incineration plants have also sought to offset the economic losses from inefficiently sorted local waste by illegally importing better-sorted trash.

Indonesia has faced similar challenges. Despite high-level government support for waste-to-energy in the face of serious waste management challenges and a biomass and waste energy target of 810 megawatts by 2025, few projects have moved ahead.

Progress has lagged because of a public backlash against incineration projects. Protests have been widespread, and in 2018 Indonesia’s Supreme Court ruled that incineration of waste is against the law because it produces hazardous pollutants. But the government is pushing ahead regardless. 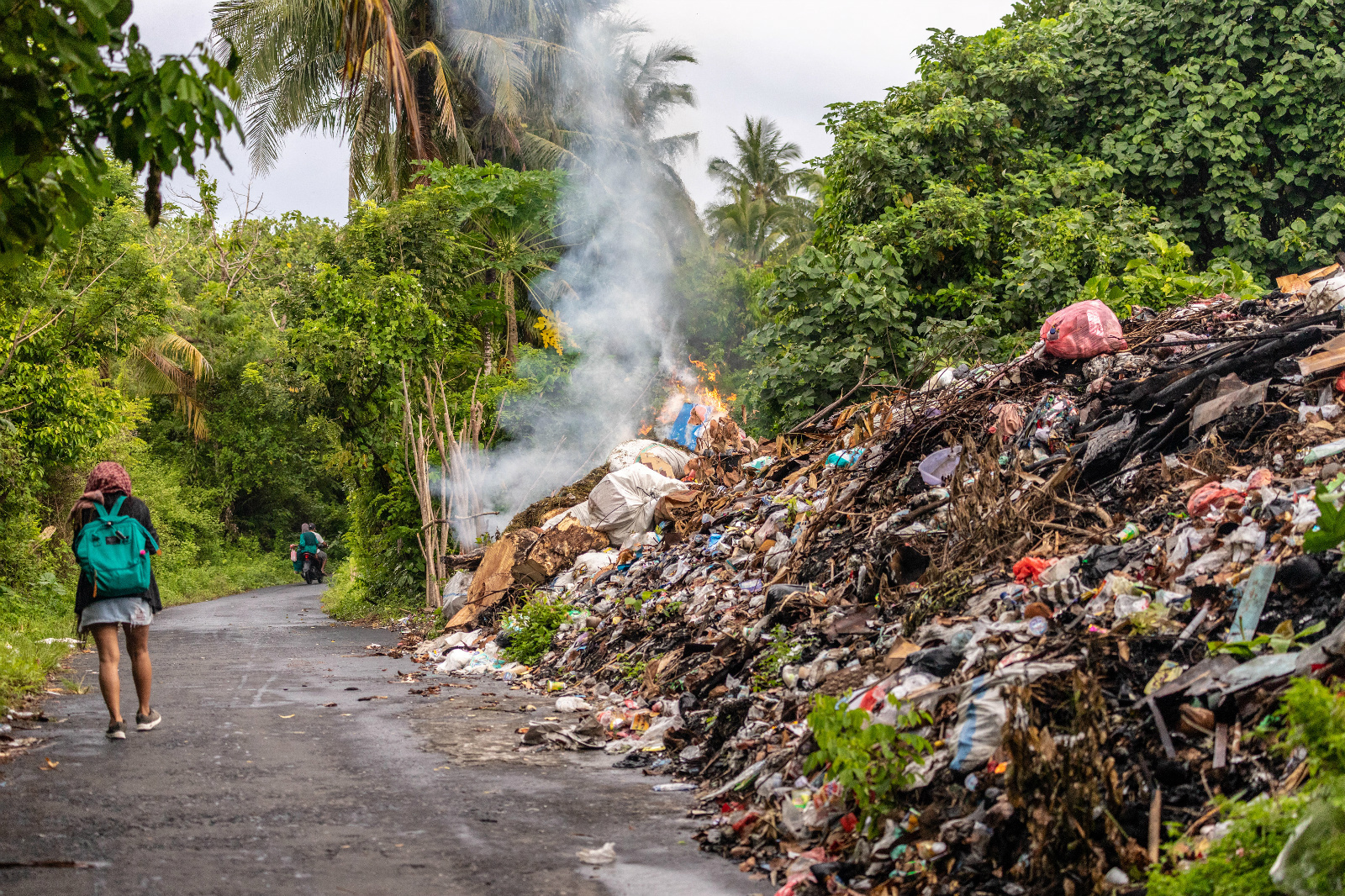 China can serve as a case study to help other countries identify the most sustainable way to move ahead with waste-to-energy because it has rapidly rolled out technologies while still developing.

Europe and Japan may have the most cutting-edge and efficient technologies, but the waste mix they process is quite different from that in emerging economies. China’s situation is far more comparable. Like other emerging economies, its waste tends to be “wet” – including both recyclable materials and organic waste like food waste and sewer sludge – and of low caloric value for burning.

China has made some progress towards utilising wastewater and other organic matter to produce biogas, but most installed capacity is from waste incineration. China had 7.3 gigawatts of energy production across 339 power plants in 2017. This is expected to grow to 10 gigawatts and 600 plants by 2020. The plants are primarily developed as a waste management solution, with energy a co-benefit.

There are three lessons that Southeast Asian countries can learn from China’s experience:

First, incineration works as a short-term solution to manage the waste crisis, but in the long-term emerging economies must establish effective waste sorting systems. By separating plastic and metal recyclables, organic materials and other materials, countries can use the best waste-to-energy technologies. A lack of sorting in China has led to a “wet” waste mix.

Second, moving beyond traditional incineration is important for sustainable operation of the plants and effective use of resources. China has successfully expanded waste-to-energy because it developed circulating fluidised bed technology, which is better suited for burning “wet” waste.

According to Jennifer Turner from the Wilson Center’s China Environment Forum, 46 cities around China are experimenting with different methods of waste management in an effort to become “Zero Waste Cities”. Some are considering methane capture from sludge. Sludge doesn’t have enough organic material on its own to produce methane, but combining it with other food waste and feeding it into an anaerobic digester is far more environmentally friendly and productive than incinerating it.

Both of these innovations could have valuable applications in urbanising Southeast Asia. “There’s no single green bullet to solve China’s waste problem. Other countries should look to China and see the experimentation strategy as a lesson,” says Turner.

Given the broad challenges that China faces with monitoring environmental and health impacts from industrial processes, it is no surprise that protests from local communities have been a common response as waste-to-energy. Similar protests in Indonesia and Thailand show that this challenge is universal.

China’s experience – and potentially investment – can help emerging economies in Southeast Asia manage rapid growth in waste through careful and strategic use of traditional incineration along with other gas-based waste-to-energy plants. But in the long run, they will need to adopt other technologies and improve waste-sorting.