The Ganga flows largely through lightly inhabited rural areas interspersed with industrial units, small towns, and a city every few hundred kilometres. Walking along a river in India can take you to the most magical places where the distance covered in space suddenly begins to feel like a journey in time. Traces of modern development fade away, but then that huge pile of plastic trash brings you back to reality.

In the absence of a solid waste management system, one can find wrappers, pouches, packets, non-biodegradable plastic and styrofoam plates all piled up at the edge of villages. It seems as if this act makes the problem go away (visually at least), much like city-dwellers tend to forget about waste once it has been flushed away or put in the bin. This waste finds its way into natural drains and is then carried by our river systems into the sea.

While walking along the Ganga from the sea to its source I had decided not to buy any packaged products and refused to accept single-use plastics, unless necessary. This was assuming that village stores still stocked locally procured and produced goods. The decision helped me observe patterns in the information that everyday walking was throwing at me.

Everyday discussions at kirana (cornershop) stores about the source and packaging of goods, revealed that plastic was a recent entrant in some places while in most it has been around for some time. Some shop owners could still recall large tin boxes of products that would then be retailed from their stores. Snack and sweet shop owners now completely relied upon styrofoam or plastic coated paper plates. Discussions about going waste-free brought up issues such as “washing dishes is much more expensive than using disposables” and that “no one was even making leaf plates/containers anymore”.

The first phase of the walk started in June 2016, three months after the Ministry of Environment, Forests and Climate Change issued the new “Plastic Waste Management and Handling Rules 2016” notification. The second phase of the walk continued in March and April 2017, which also marked the deadline for a few of the clauses in the notification mentioned above. Observations on the ground proved that like many other policies, these guidelines existed only on paper, with most local communities or polluters unaware of their responsibilities.

It seems strange to me that we should run a sanitation campaign in villages along the river, while either completely missing or ignoring the issue of solid waste management, especially non-biodegradable waste. The gap between the existence of a policy and subsequent non-implementation is not a new phenomenon in India, where realities on the ground and that assumed within the political/bureaucratic circles are clearly in different eras. The health of our rivers and the environment has been reduced to a political tool, with no accountability on action or the vision of those (s)elected to dispose of these duties.

Numerous studies released recently attest to the terrible size of the problem:

It is about time we take cognisance of the problem we are facing, and act upon it. Without immediate intervention, this issue is waiting to explode, affecting marine life and agricultural productivity. 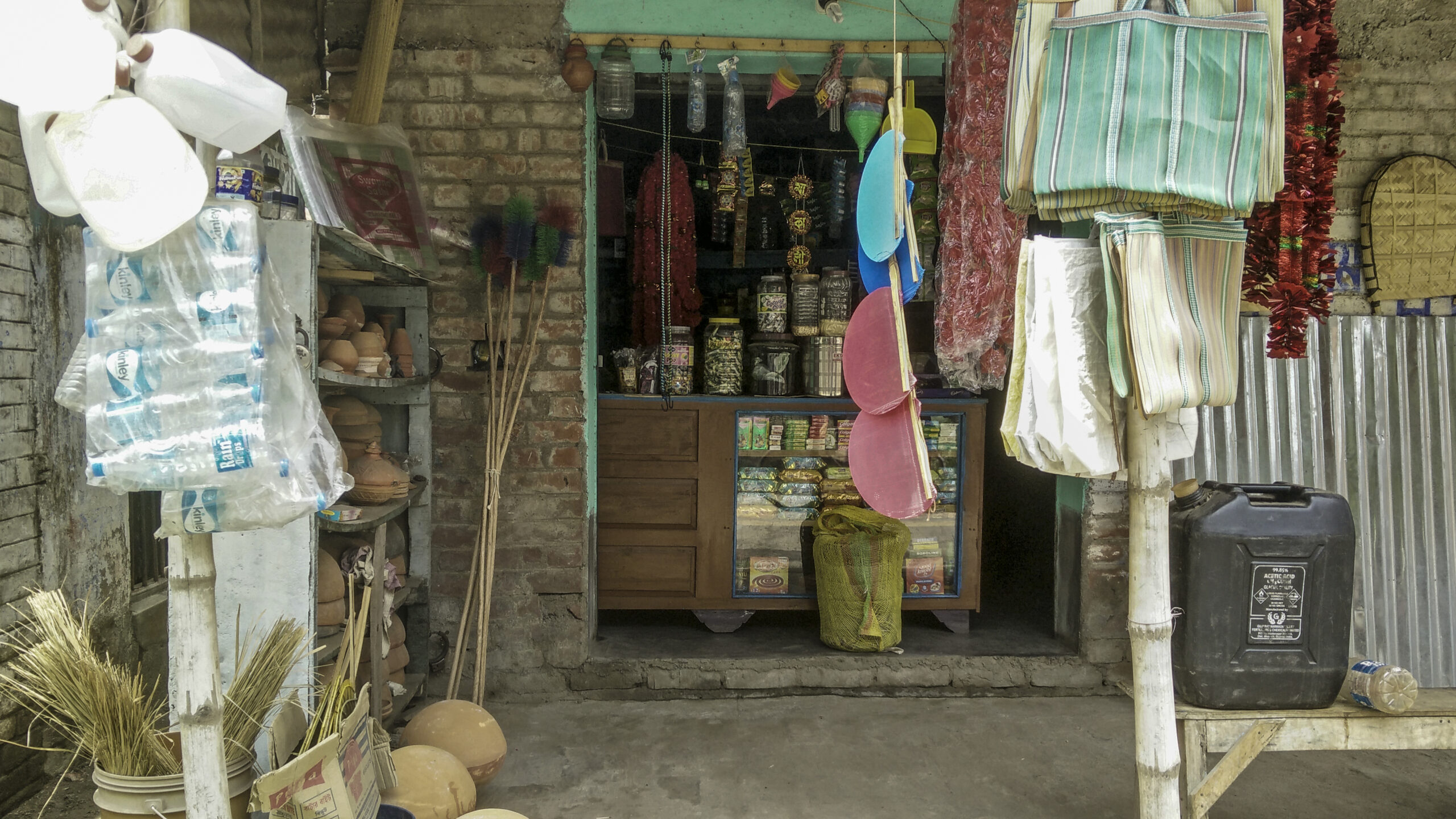 A mix of old and new items stocked at a village store in Bengal. The presence of plastic packaging and plastic products is difficult to miss, as is the mess it creates in agricultural fields, local drains and eventually the Ganga (Image: Siddharth Agarwal) 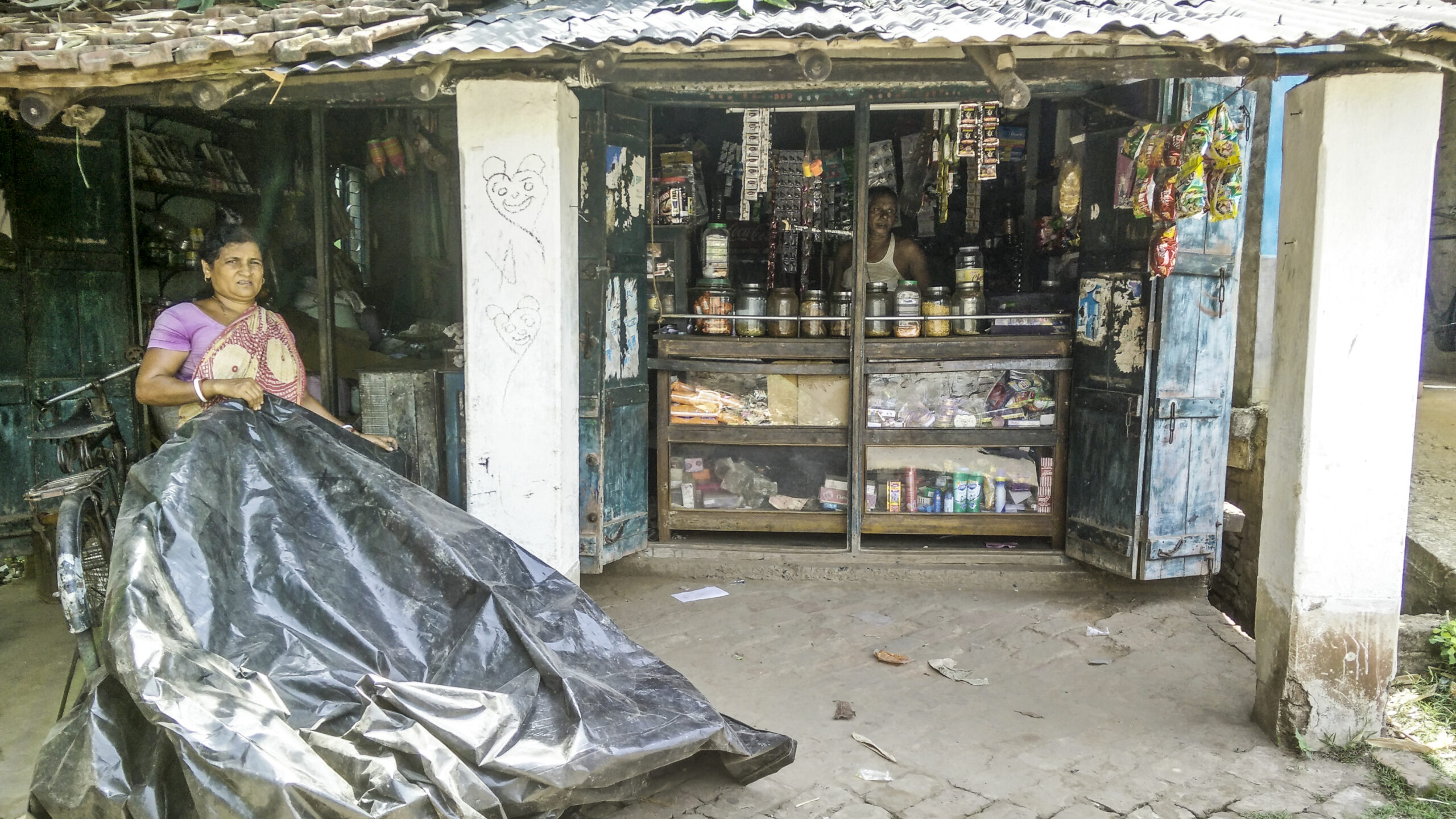 A couple running a small shop in a village near the confluence of the Damodar with the Ganga. We were told that it hasn’t been too long since products such as biscuits were sold out of large containers instead of small plastic packets (Image: Siddharth Agarwal) 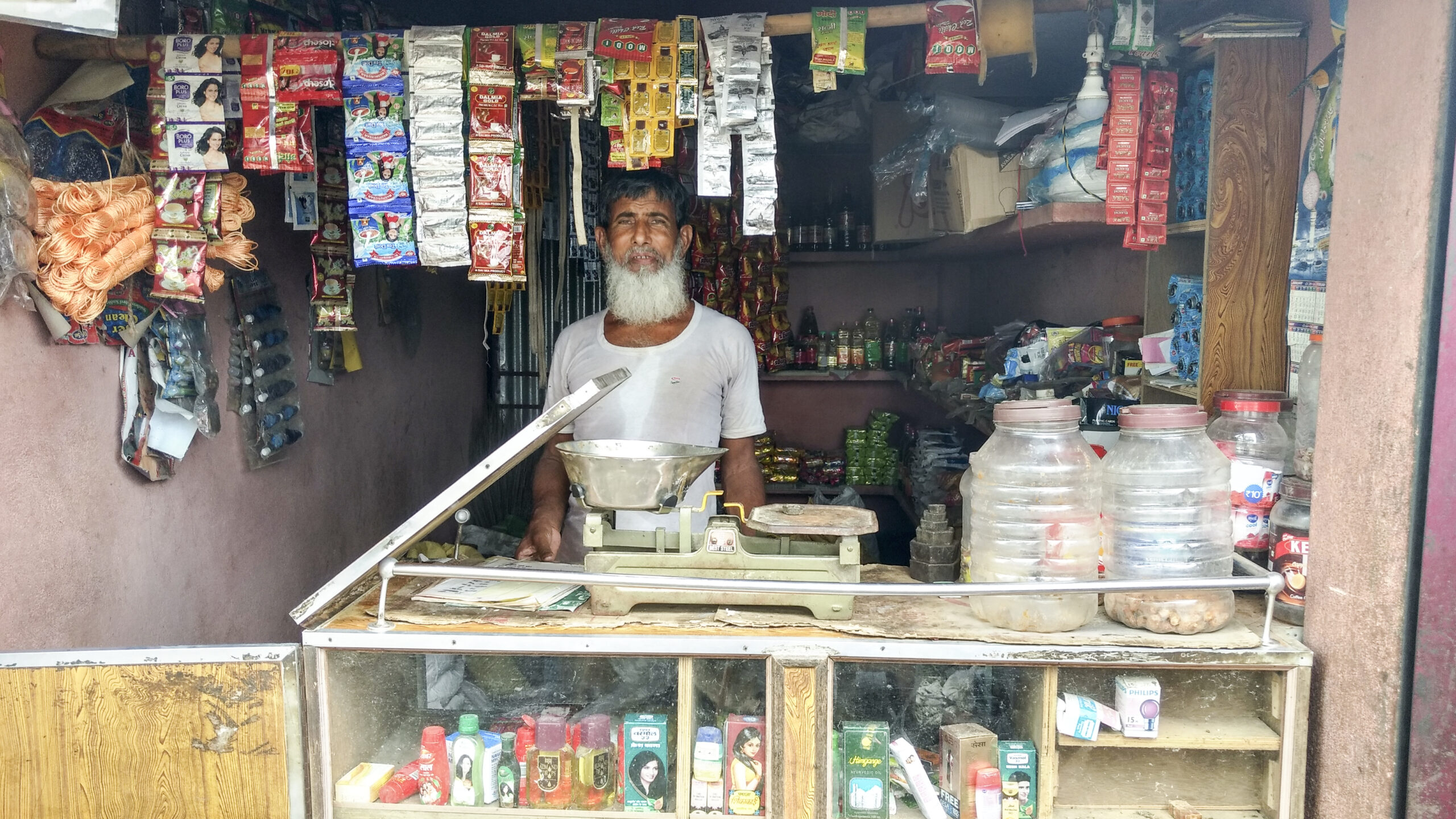 A shop in rural Jharkhand, from the small stretch in which the Ganga flows through the state. The plastic is hard to miss (Image: Siddharth Agarwal) 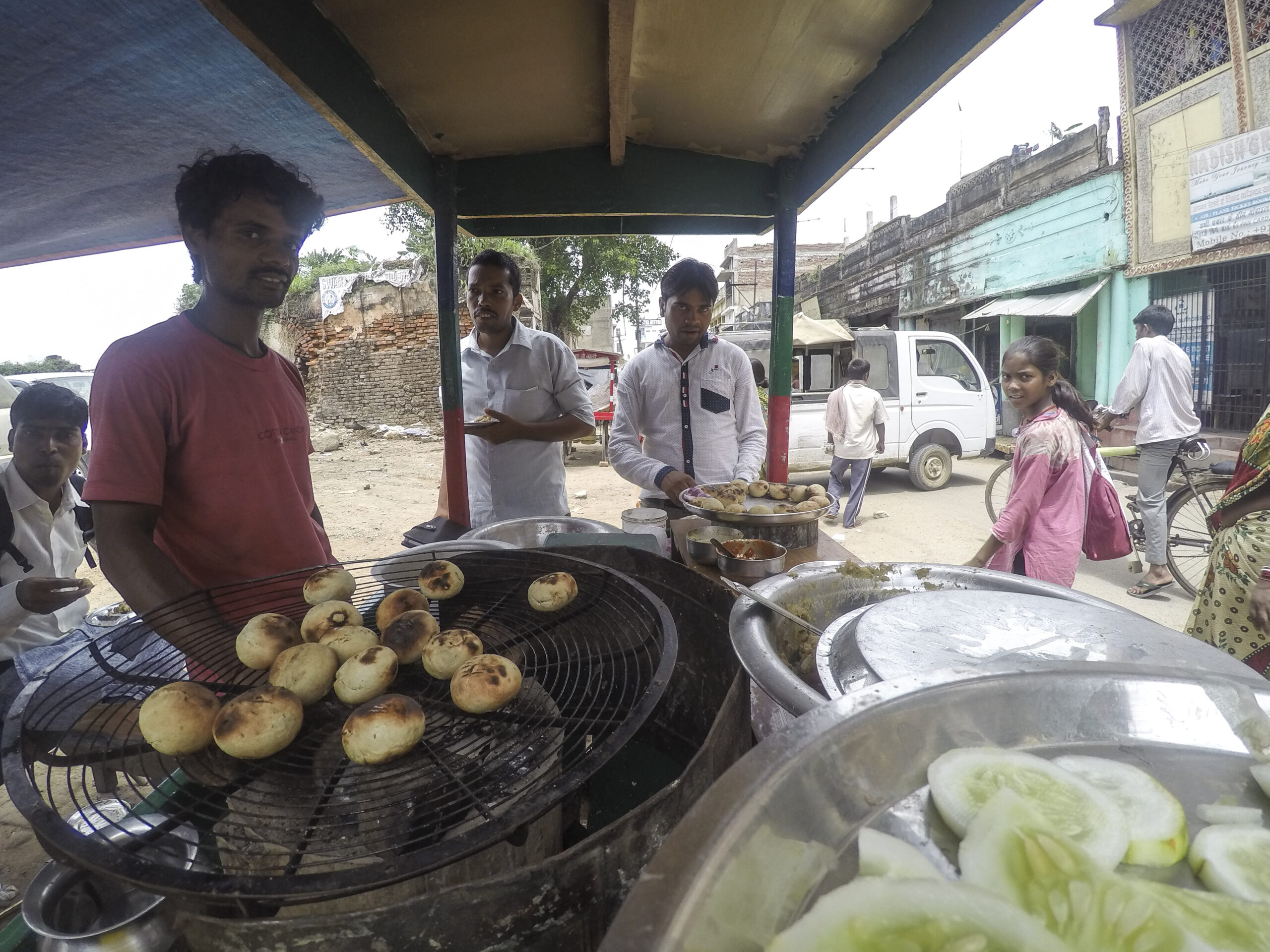 A litti-chokha (Bihari delicacy) vendor in Kahalgaon, next to where I stayed, was serving in steel plates (Image: Siddharth Agarwal) 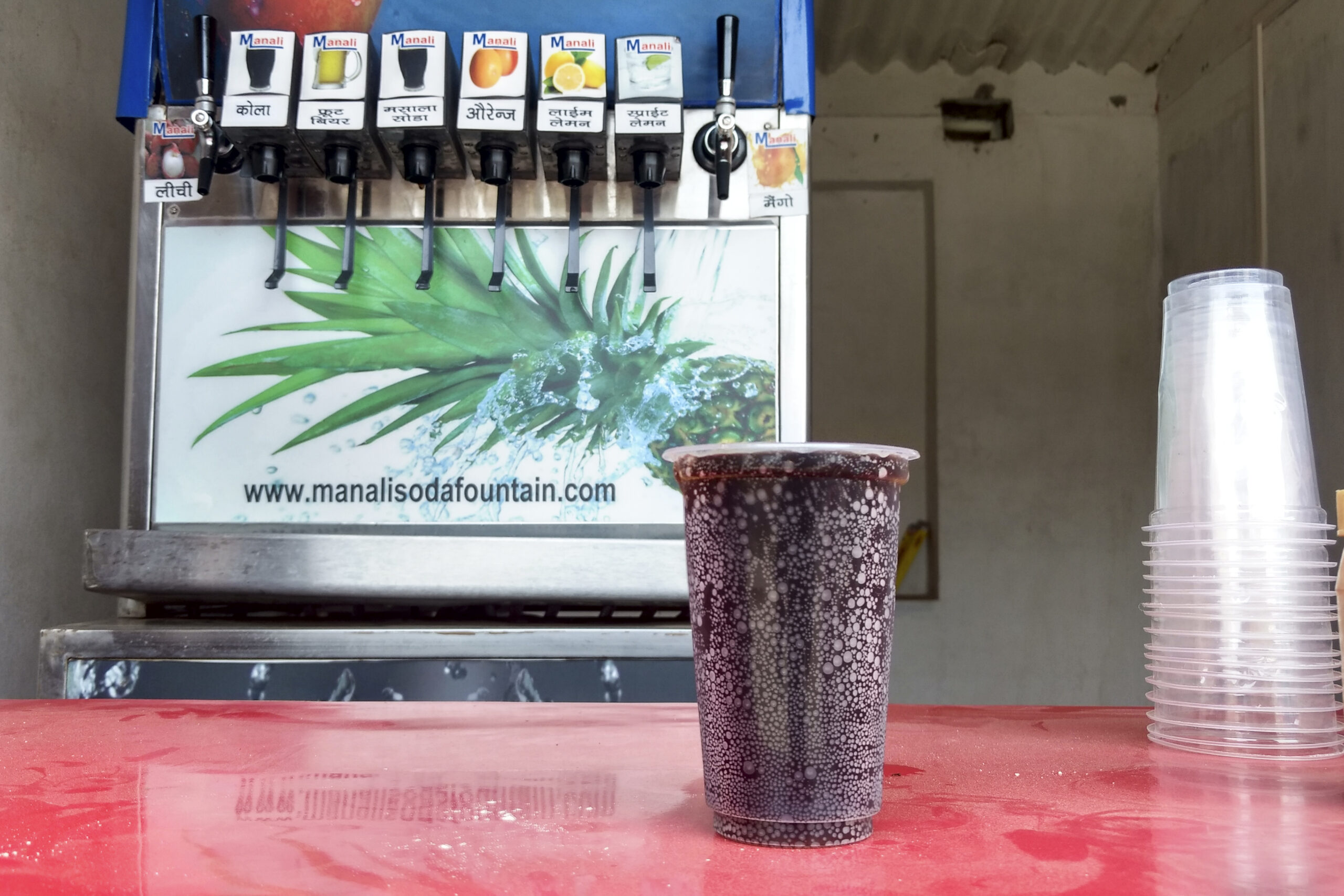 Quite the rage, these instant flavoured soda dispensers also dispense a huge number of plastic glasses! Apart from larger stores in small towns like this one in Begu Sarai, you can also find small vans in villages, carrying a portable version of this machine (Image: Siddharth Agarwal) 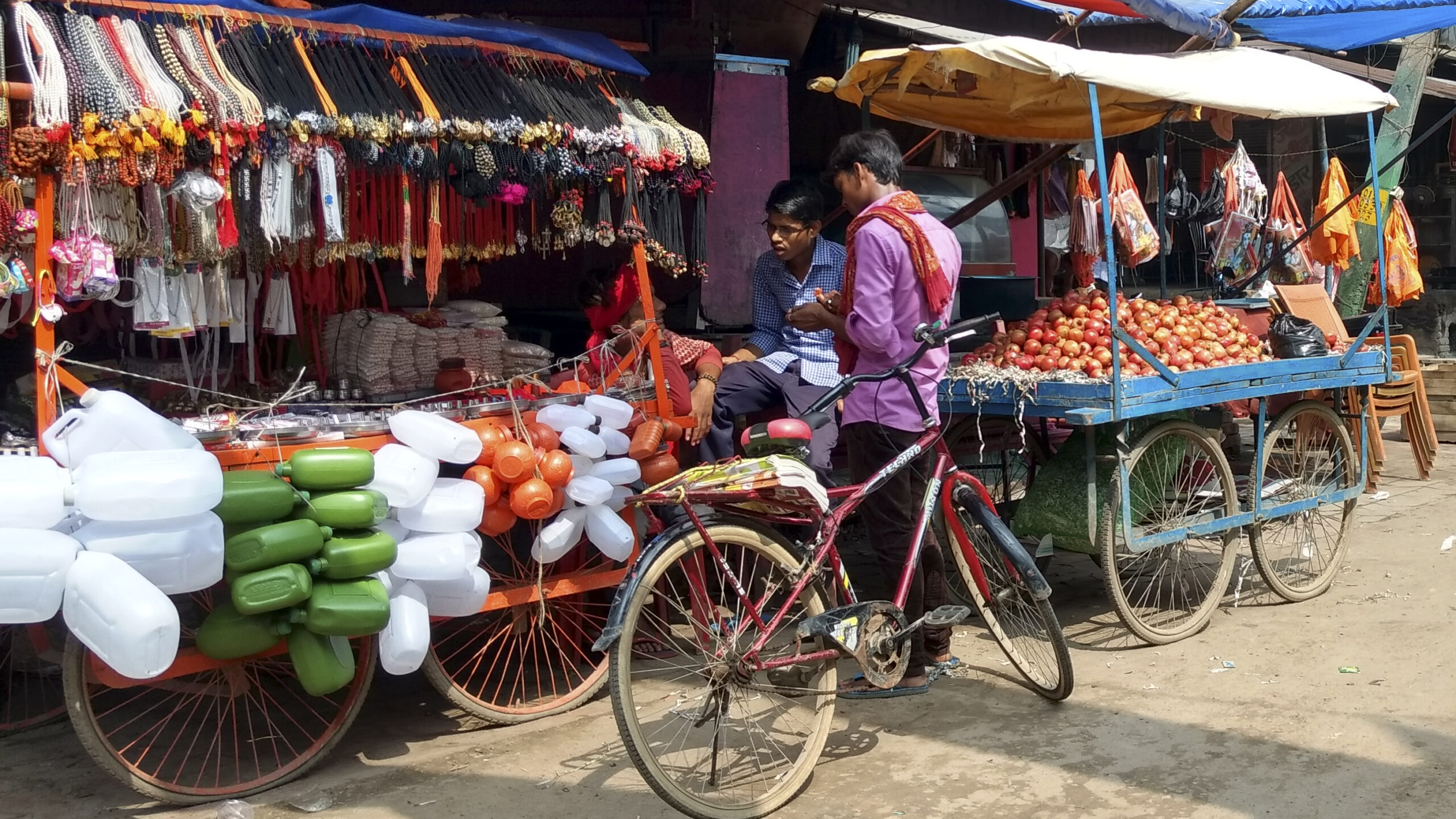 Plastic isn’t just in the everyday household items, but also in the religious. The cultural significance of the Ganga attracts a large amount of plastic from devotees who don’t understand the damage they are doing (Image: Siddharth Agarwal) 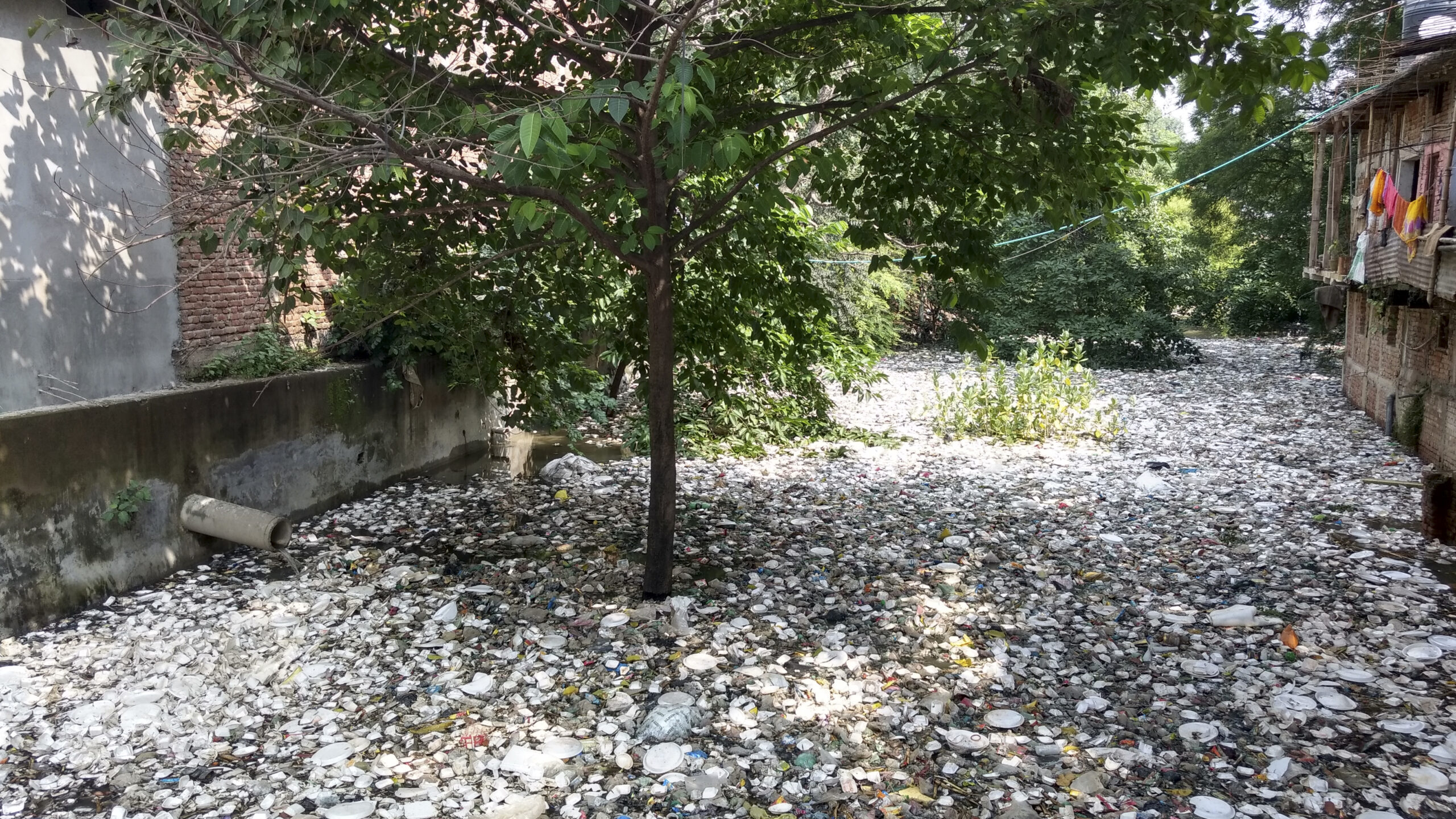 This is how small town drains look when no regulation is in place for non-biodegradable materials (Image: Siddharth Agarwal) 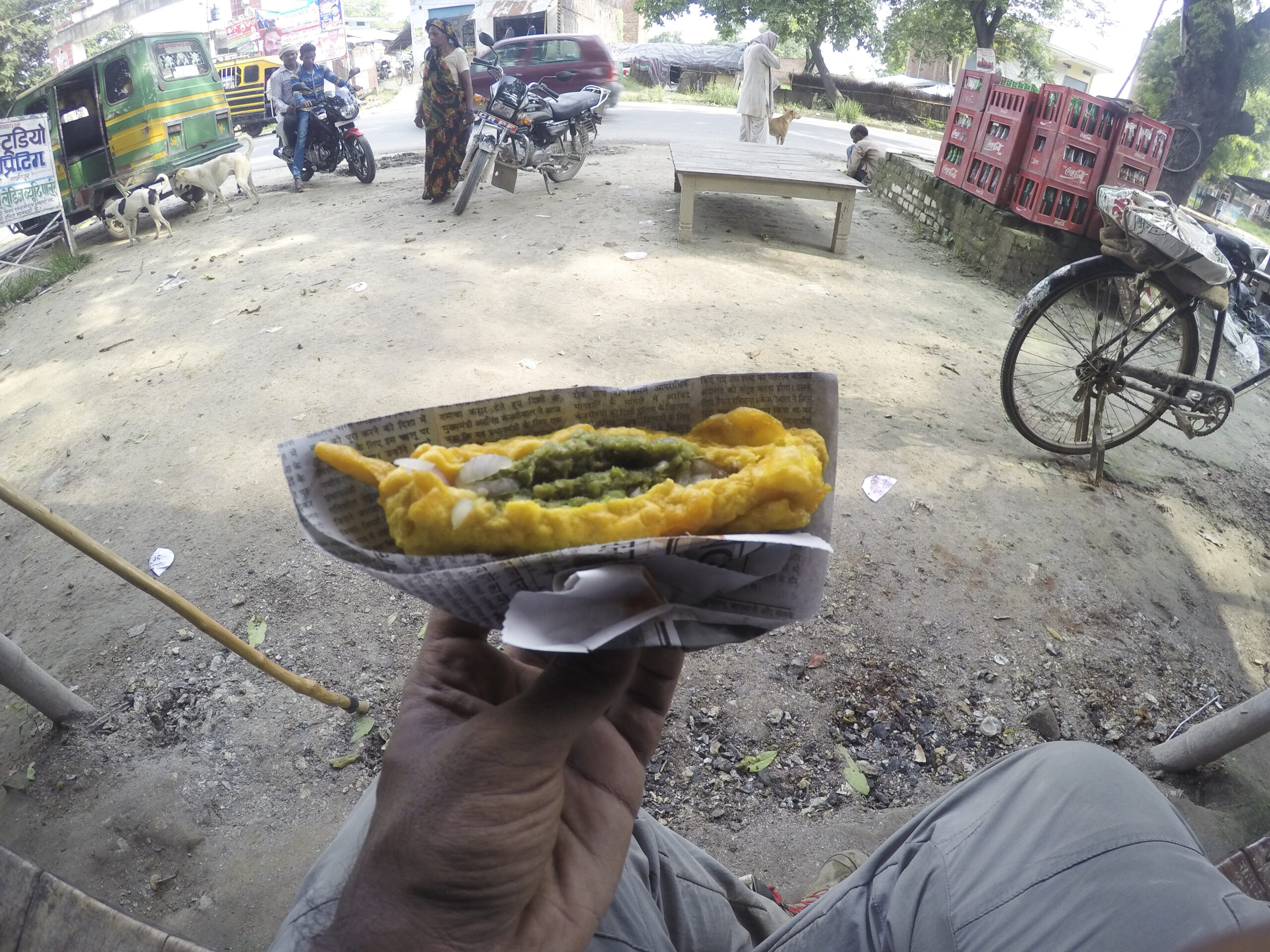 It was often difficult to buy food that wasn’t wrapped in plastic or served in a styrofoam plate. Stubborn demands would mean a quick dash for the nearest stack of newspapers (Image: Siddharth Agarwal) 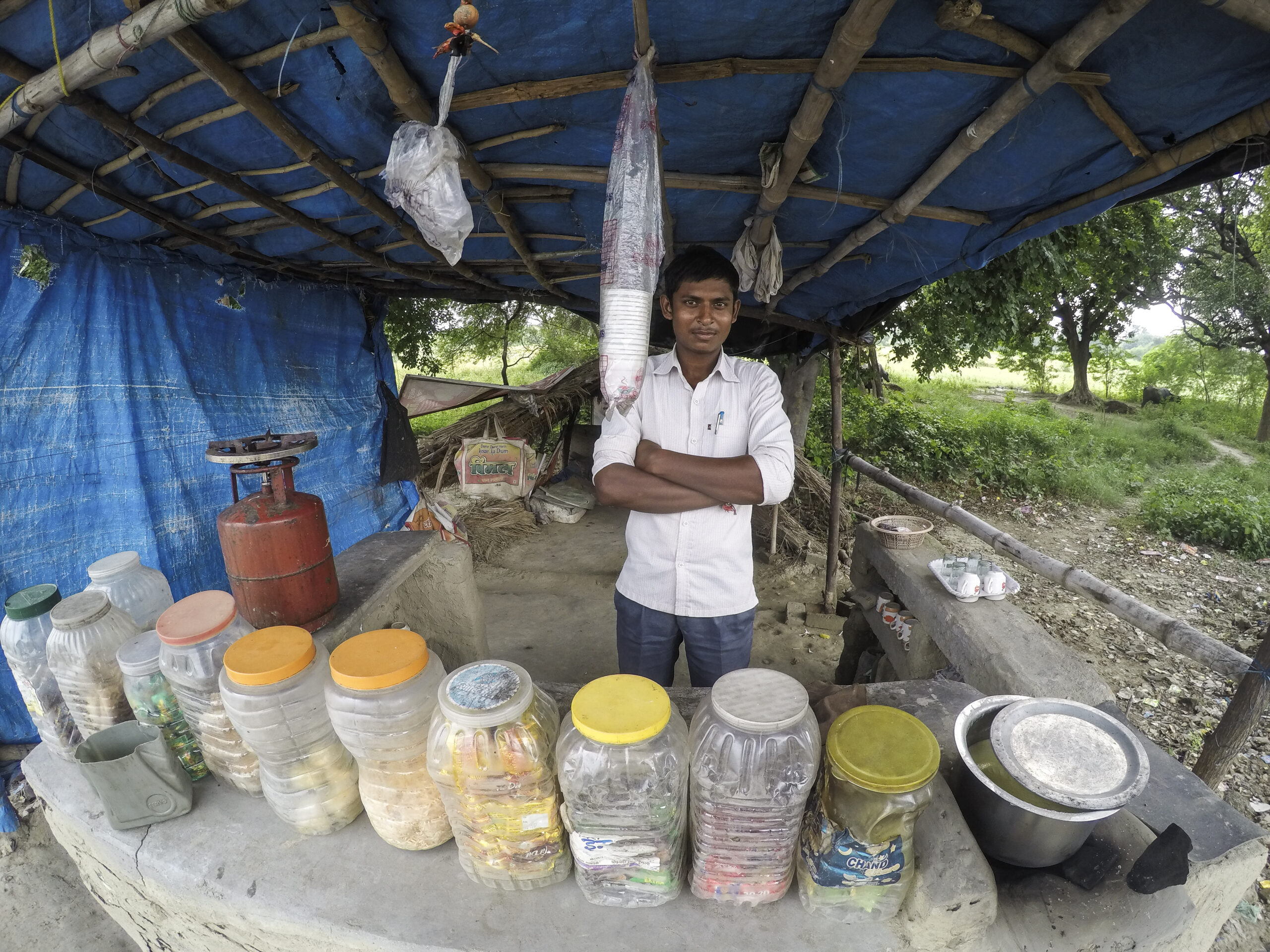 Small shack owners, often well intentioned , have ceramic cups as well as disposable ones. It is the consumer, through their choice, that makes plastic/styrofoam necessary (Image: Siddharth Agarwal) 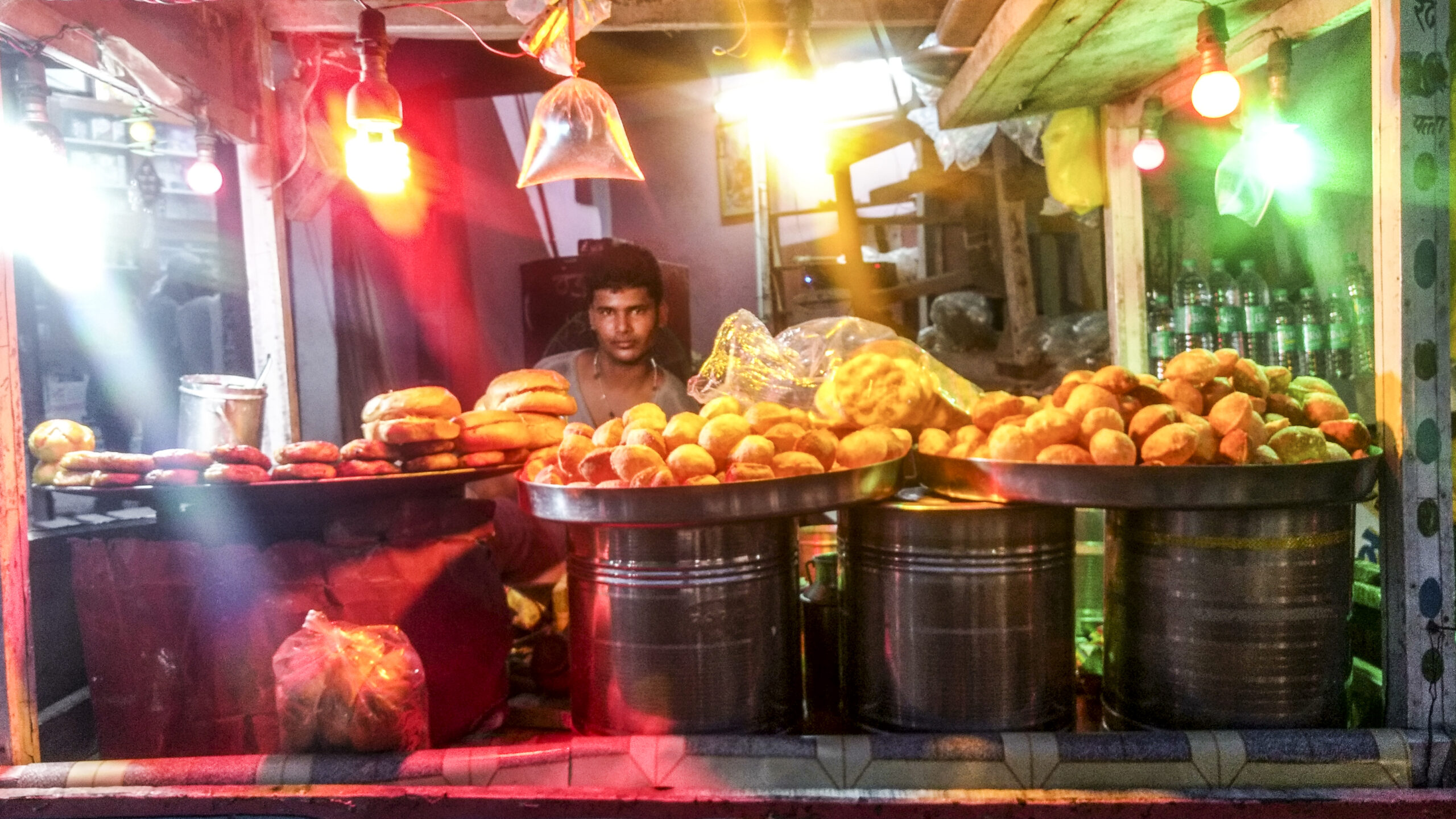 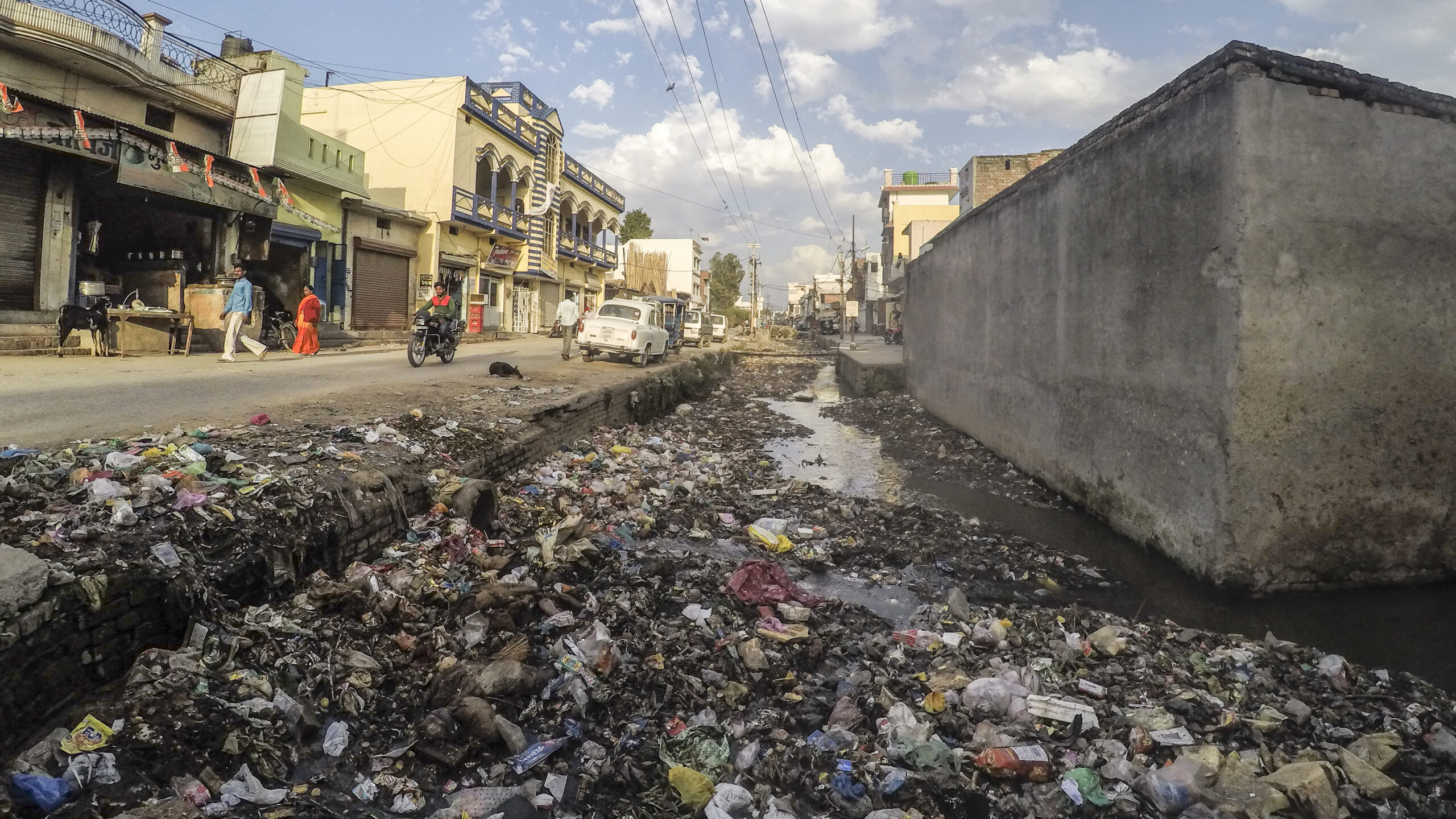 This photo essay is not a dig at villages, but a reminder of our myopia and unpreparedness at nipping big problems in the bud. Should we have to wait for problems to escalate, like this drain in “Holy Haridwar”, before we actually take action? (Image: Siddharth Agarwal) 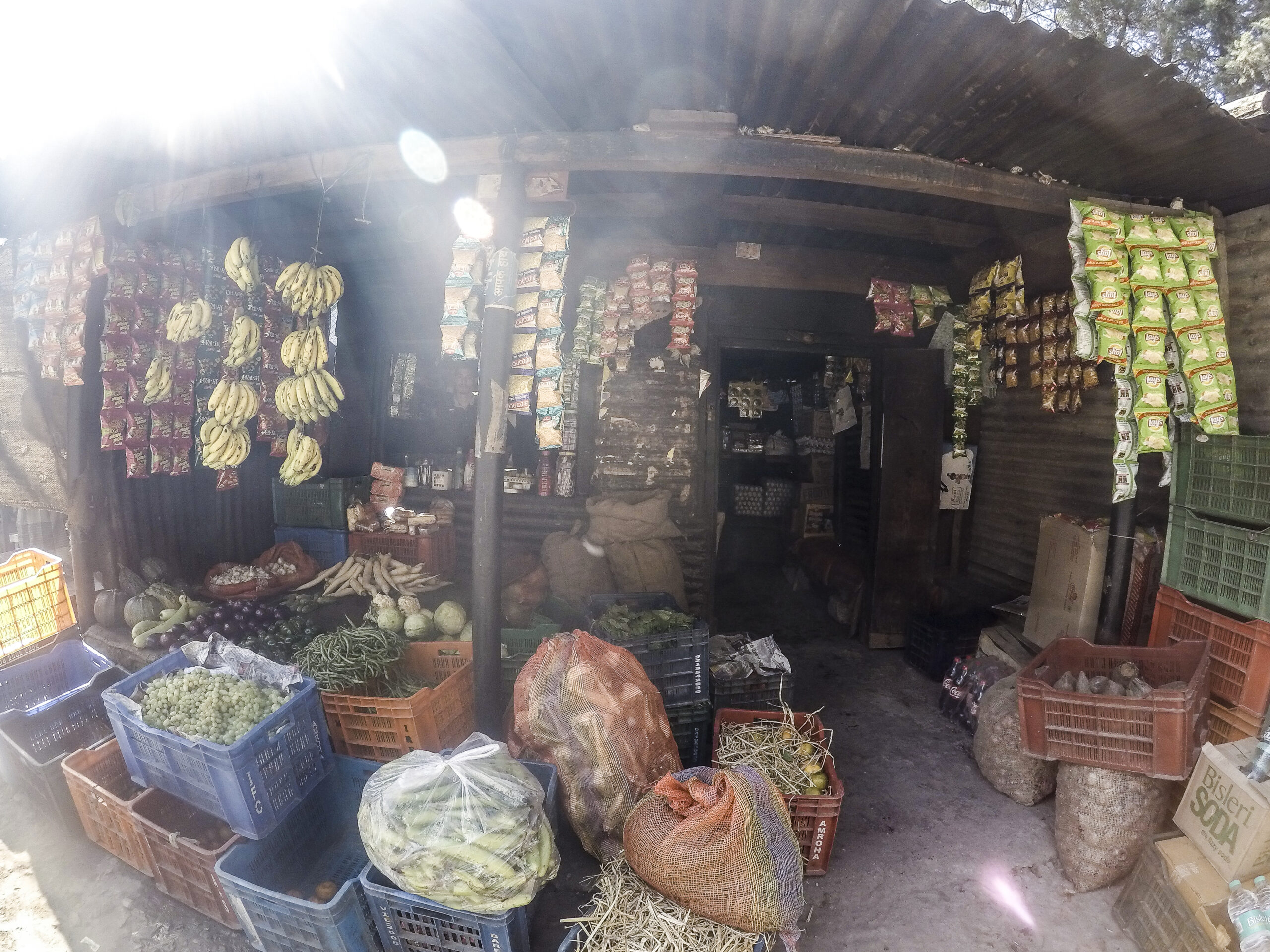 High up in the Himalayas, villages along the Ganga are frequented by devotees/pilgrims visiting Gangotri and other religious sites along the river (Image: Siddharth Agarwal)

Siddharth Agarwal’s walk along the Ganga was part of the Moving Upstream series by Veditum India Foundation, aimed at documenting Indian rivers through slow and immersive journeys. You can see more at www.veditum.org.

India’s plan to clean up the Ganga River is flawed, say experts