In 2019, the Gambia – Africa’s smallest country – was the third largest source of highly prized hongmu, a group of rosewood species used in China to make antique-style furniture and art. Yet the endangered rosewood species Pterocarpus erinaceus, native to West and Central Africa, has been nearly extinct in the Gambia since 2011.

It was an open secret that most of this rosewood timber, known locally as keno, is in fact illegally harvested and smuggled from neighbouring Senegal. An investigation by NGO the Environmental Investigation Agency (EIA) has shed new light on the scale and workings of the shadowy trade.

Its Cashing-in on Chaos report, published in June, revealed that the Gambia exported approximately 1.6 million rosewood trees between June 2012 and April 2020. According to EIA’s findings, most of these exports are in violation of the Convention on International Trade in Endangered Species (CITES), under which P. erinaceus has been listed since 2017. 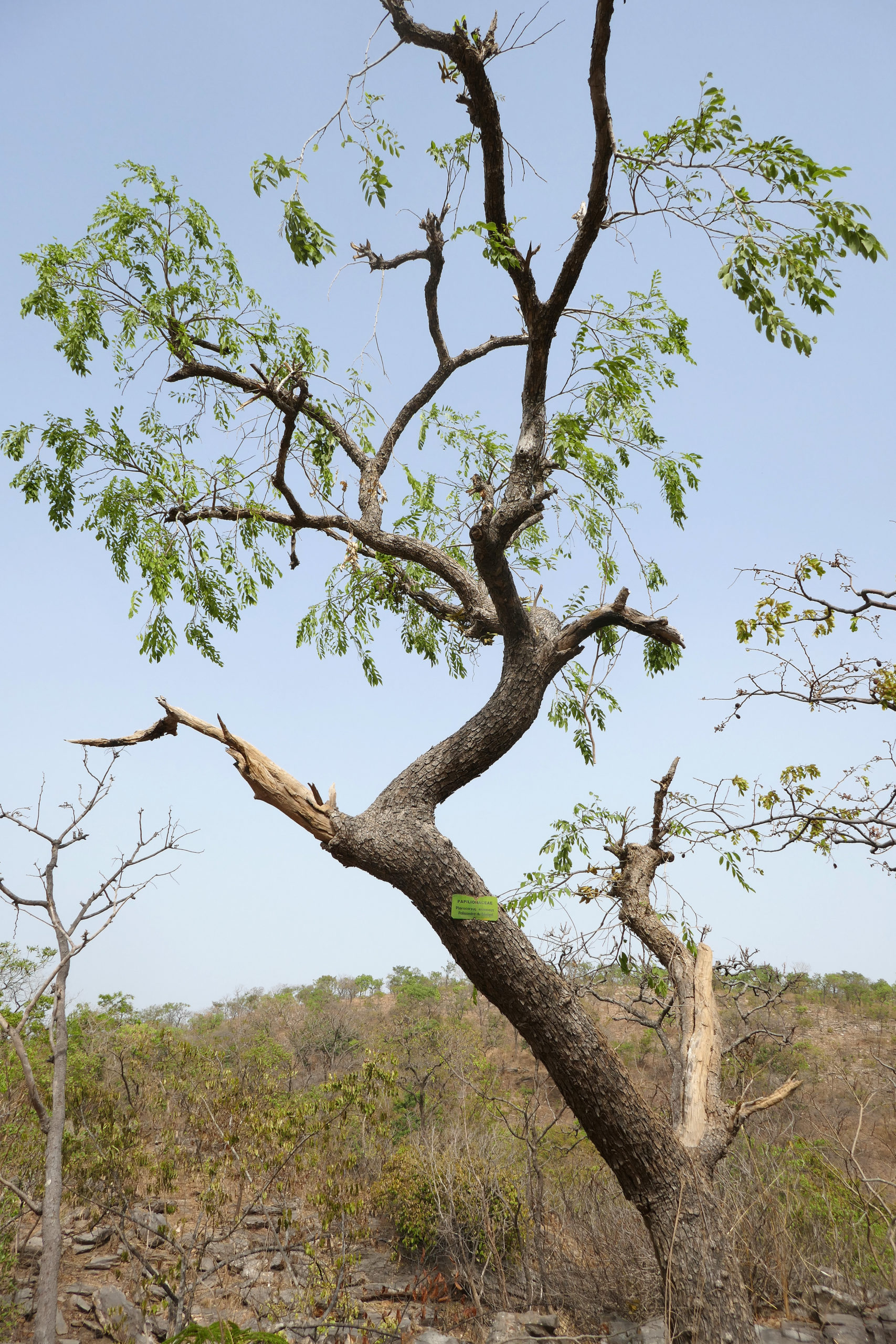 “Our three-year investigation brings unprecedented evidence to show how extensive the crisis is and the magnitude of the illegal trade between Senegal and the Gambia,” says Kidan Araya, Africa Programme campaigner at EIA Global, based in Washington DC.

The trafficking has already contributed to political instability in the Casamance region of southern Senegal, where the illegal logging has been concentrated.

EIA’s undercover interviews with traffickers confirmed rumours that rebels from the armed separatist group, the Movement of Democratic Forces of Casamance (MFDC), derive most of their income from the illegal trade. Tens of thousands of people have been internally displaced by the long-running conflict for independence.

“The ‘Senegambia’ rosewood trade is on a par with conflict diamonds,” says Naomi Basik Treanor, a senior manager of NGO Forest Trends. “The nature of the conflict in Senegal and the very porous borders makes this trade very hard to contain,” she adds.

Imports of rosewood have increased

Addressing the rosewood crisis was a diplomatic priority for the Gambia’s current president Adama Barrow when he came to power in January 2017. His predecessor, the notoriously corrupt and ruthless dictator Yahya Jammeh, had controlled the rosewood re-export trade through a parastatal company, Westwood Gambia Limited, through which tens of millions of dollars’ worth of keno was shipped to China, reports EIA.

Barrow imposed a re-export ban in February 2017 and agreed to a joint enforcement initiative to combat the trafficking with the president of Senegal, Macky Sall, in 2018.

However, EIA’s investigation shows that despite these measures, imports have increased. Between February 2017 and April 2020, China imported 329,351 tons of rosewood from the Gambia. “This is more than China imported in 2015 and 2016 (241,254), during the last two years of Jammeh’s regime, when rosewood trafficking was a well-known matter of state,” says the report.

Observers in Casamance and Gambia agreed with EIA’s findings. “Immediately after the departure of Yahya Jammeh and for the first year after the Gambia’s ban, the trafficking really reduced, but now it is back in full force,” says Ansumana Sanneh of NGO United Purpose (UP), which works with partner organisations in the Casamance on community projects to protect the forests.

Musa Mballo, chair of one of UP’s partners in Velingara department, Casamance, says the traffickers are now not only MFDC rebels, but are coming from Gambia and across Senegal, basing themselves within forest communities and preying on the lack of economic opportunities, especially for youths, to “involve people in the trade”.

“The natural resources belong to everybody, but then part of the community is profiting, others see they are making quick money and feel disadvantaged. It may be only three or four people who are doing it, but the destruction is huge,” he adds.

The environmental impacts of the deforestation are already being felt. “Before this phenomenon, you always had shade in the forest, but now the sun and wind have a lot of negative effects. Now the forest fruits people used to eat are not growing,” adds Mballo.

P. erinaceus or keno is embedded in the region’s savannah and semi-arid forests, says conservationist William Dumenu at the Forestry Research Institute of Ghana. “It is one of the few species that can survive in these conditions, supporting the wildlife and socio-economic activities. If you remove it, then you’re tampering with the stability of the fragile ecosystems.”

Since 2015, the trees have been relentlessly targeted by traffickers, as West Africa has taken over from Southeast Asia as the world’s top hongmu-producing region, notes EIA’s report.

Over-exploitation will have long-term consequences, says Dumenu, who is currently researching causal links between illegal rosewood logging in Ghana and climate change.

“Southern Senegal is quite a dry, savannah atmosphere. A large area of landscape has been depleted. People are going to experience rising temperature and drying up of river bodies from loss of tree cover. You can see from aerial images this is a land that’s going to suffer a lot from exposure because of the removal of these trees,” he adds.

Despite growing awareness of these issues, cross-border trafficking continues apace, with bribes greasing palms at the many military and police checkpoints along the route, sources told China Dialogue.

In the Gambia, “the situation is very secretive”, says Seeku Janku, chair of the All Gambia Forestry Platform. “They use big trucks like refrigerated containers to smuggle the timber in at night and put it into a warehouse.”

Janku is part of a network of civil society organisations across Senegal and the Gambia campaigning against illegal logging and rosewood trafficking. “Activism is risky, the government will distance themselves from you. To get information from them is really difficult, and the traders recruit boys who will attack you,” he says.

Failure to stop the trafficking

EIA’s investigation exposes how Gambia’s current administration has been unable to decisively break with the systemic corruption of the past regime.

“Some of the old schemes that were established during Jammeh’s time have been either revived or are still existing and are being used by politicians. This investigation found that a main avenue to smuggle the timber is through parastatal companies,” says Araya.

Westwood Gambia Ltd, which is expected to be investigated for war crimes by NGO Trial International, has been succeeded by another Gambian company named Jagne Narr Procurement and Agency Services that is used to smuggle the wood, which is shipped from the port of Banjul to China.

EIA’s investigations found that the CITES export permits required to prove that the timber has been legally and sustainably sourced were also fraudulently issued in Gambia or not issued at all. Lamin Dibba, the minister of environment, climate change and natural resources (MECCNAR) was named by multiple traffickers “as a key figure in the scheme”. Dibba did not respond to EIA’s enquiries.

The report also highlights a significant discrepancy of $471million between Gambia’s reported timber exports and imports declared by trading partners from 2010 and 2018. “It’s intentional because China is receiving this and they know it’s rosewood. There’s massive underreporting,” says Araya.

EIA is calling for the Gambia to suspend rosewood trade totally. “There have been multiple statements from Barrow, but corruption is overpowering any political will to try to ban rosewood exports,” she adds.

China, as the largest importer of West African hongmu, could play a pivotal role in halting the trafficking and EIA has called on China to seize all containers of Gambian rosewood landing in its ports in line with the recently adopted Chinese Forest Code. “We hope that the Chinese authorities take our evidence and use it to stop the illegal trade,” says Araya.

Unlike most countries that are importing timber, China does not yet have in place measures to prohibit or exclude the import of illegal timber, explains Basik Treanor.

She hopes that China will use its recently revised forestry law, which includes a nationwide ban on processing illegally sourced domestic timber, to apply to imported timber as well. “That ultimately is what China needs to do at scale to really confront this crisis,” she says.

Note: the first version of this article misspelt the name of William Demenu. This has been rectified.

Why Brazil’s emissions are going up under lockdown

How to eliminate the deforestation risks of palm oil imported to China?