Herder Udruk and his family have been sleeping much more soundly since last winter, thanks to a new “bear-proof” home. Unlike traditional grassland dwellings, it has no windows on the ground floor. All the window and door frames are metal, not wood. The walls are reinforced with steel rods, and there is a metre-deep pit outside the front door, which must be bridged to gain entry.

A bear approaching the front door would fall into the pit. It’s not deep enough to hurt or trap the animal, but the scare should cause it to flee. The family spend most of their time on the upper floor, from where they can keep watch on the surrounding grasslands.

Here in the village of Ganda, in the Qinghai prefecture of Yushu, everyone’s talking about odd bear behaviour. The Tibetan blue bear, a subspecies of the brown bear unique to China, is coming into more frequent conflict with herders during spring and summer. Last year, a herding family was attacked in their tent at night. The mother of the family was killed, and the father fled with their children. Two other families have been attacked and injured on the grasslands. 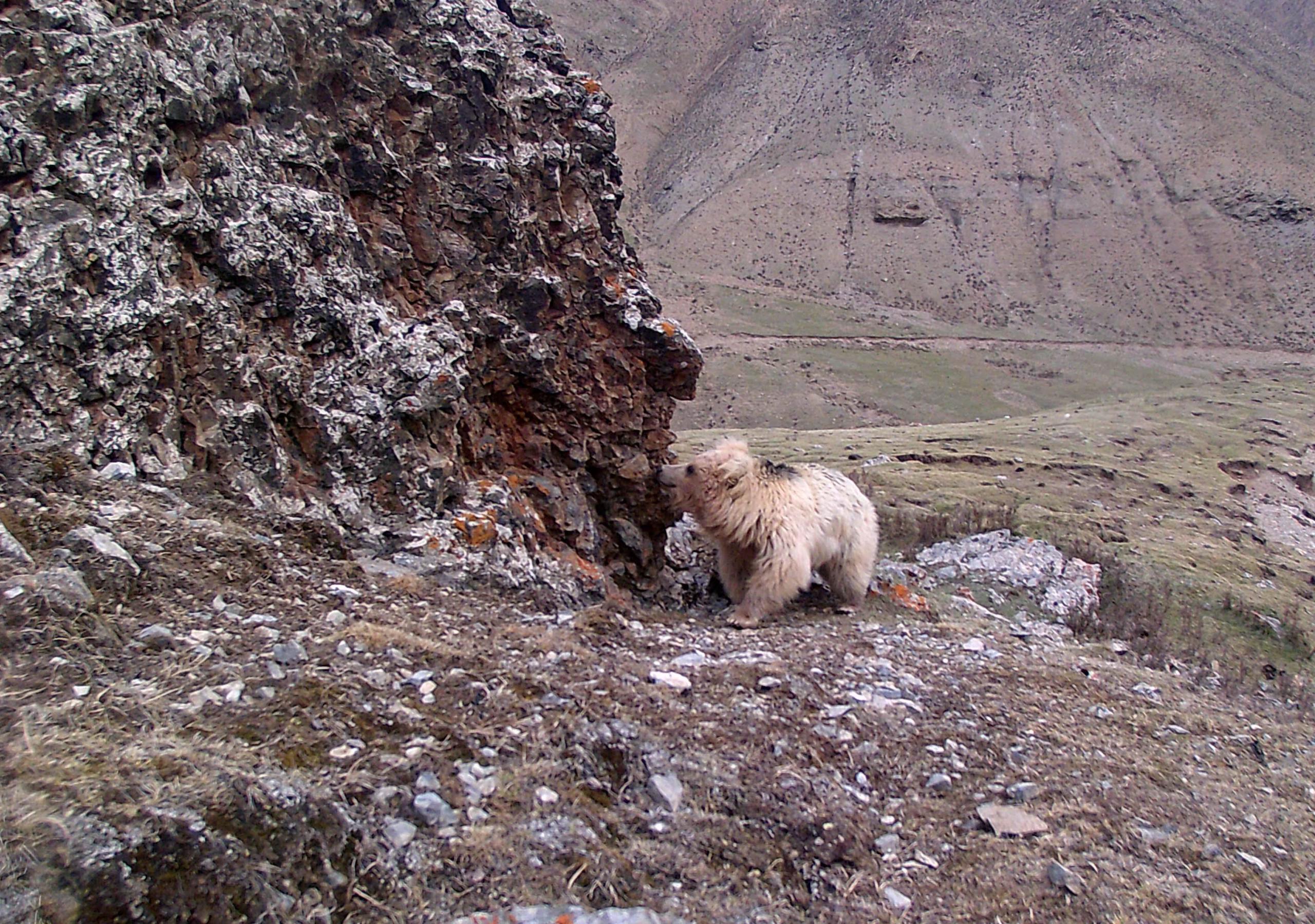 According to a report from the Qinghai Forestry Bureau, 14 herders were attacked by brown bears between 2014 and 2017, with nine killed and five wounded. Over the same period, there were 296 reports of problems with brown bears in the Yangtze source area of the Three Rivers National Park. Entry into buildings accounted for 93.58% of those, theft of food 4.73%, and injuries to people 1.69%.

Intrusions by brown bears into settlements have become more common over the last 20 years. The herders once revered the bears, but are now less accommodating, and cases of the herders attacking bears are becoming more frequent, with videos appearing online of bears being captured and mistreated. Udruk’s new bear-proof home is an attempt by a local environmental organisation, the Snowland Great Rivers Environmental Protection Association, to help the situation, and was funded by public donations. Dhondrup Chöphel, secretary-general of the association, told China Dialogue that the bear attacks have driven many herders to consider leaving the grasslands; and that traditional anti-bear measures used by the herders, such as digging traps and fixing nails to doors and windows, often harm the bears. “This project we’re working on doesn’t just protect the herders, it also keeps the bears safe.” If the trial is successful, the association hopes to expand the scheme, either by public fundraising or government subsidies.

Bear attacks have driven many herders to consider leaving the grasslands

Recently, a herd of Asian elephants started an epic and unexpected trek through the tropical forests of Yunnan province and became an online sensation. The human-bear conflict on the Qinghai-Tibetan Plateau gets no public attention. But academics have long been examining why these clashes are becoming more frequent, and what can be done to resolve them.

Factors causing such conflicts are increasing, due to changes in how people live and work on the grasslands.

Traditionally, Tibetan herders lived in tents year-round, moving to new pastures each season. From the 1980s onwards, local governments encouraged them to move into permanent settlements during winter. By the turn of the century, most herders were spending winters at those settlements. When leaving for the summer pastures, they would leave food to use when they returned later in the year. The Tibetan blue bear mainly eats meat – it hunts the bobak marmot, pika and bharal. But it is an omnivore, and the herders’ food stores make an easy and nourishing target. So, the bears learned to scavenge for food in unoccupied settlements. In response, the herders started taking their food with them to their summer pastures, and leaving the doors and windows open so bears wouldn’t damage them while searching for food. However, furniture still gets damaged while the bears search.

Another potential factor exacerbating human–bear conflict is stricter conservation measures. The government now bans all hunting of the bears, meaning they have become less fearful of humans. Reward and compensation systems have successfully improved wildlife habitats on the grasslands, and populations of wild animals have increased and spread.

Also, climate warming is reducing the amount of time the bears spend hibernating, increasing the chances of conflict. The bears usually started hibernating in late November or early December, to awaken in mid-March. But in some places the bears have been active until mid-December in recent years, and waking up as early as mid-February. And hungry bears cause more damage.

The government along with research and conservation organisations have been working to ease these problems. Since 2006, local governments have been putting compensation systems in place and have distributed money to compensate for harm caused by wild animals, meaning farmers and herders aren’t left out of pocket. The processes are complex and assessing the value of damage is itself expensive. It frequently takes such a long time to obtain the compensation that the herders lose faith in the system and give up on their applications.

Climate warming is reducing the amount of time the bears spend hibernating, increasing the chances of conflict

Preventative measures have also been tried. Unlike Udruk’s bear-proof house, most of those have involved electric or reinforced fences. They are expensive and usually funded by a third party. There is also a limit to how much land can be enclosed by these fences. The herders tend not to maintain them, and so they fall into disrepair. While trials were successful, the bears are smart enough to just move on and find other houses to break into.

NGOs such as the Gangri Neichog Research and Conservation Centre have reviewed existing measures and suggested comprehensive community-based approaches. These would be coordinated by environmental protection teams within the communities, bringing together the herders, the government and NGOs to design and implement measures suitable to the area. Also, there would no longer be a sole source of funding. With multiple contributors, stakeholders will be more likely to take responsibility for the use and management of the measures. Compensation would shift to local microinsurance pools managed by a management committee chosen by community members. Committees would meet regularly to assess damage caused by bears and, once consensus is reached, making payments to those affected. Only time will tell how effective these measures are. 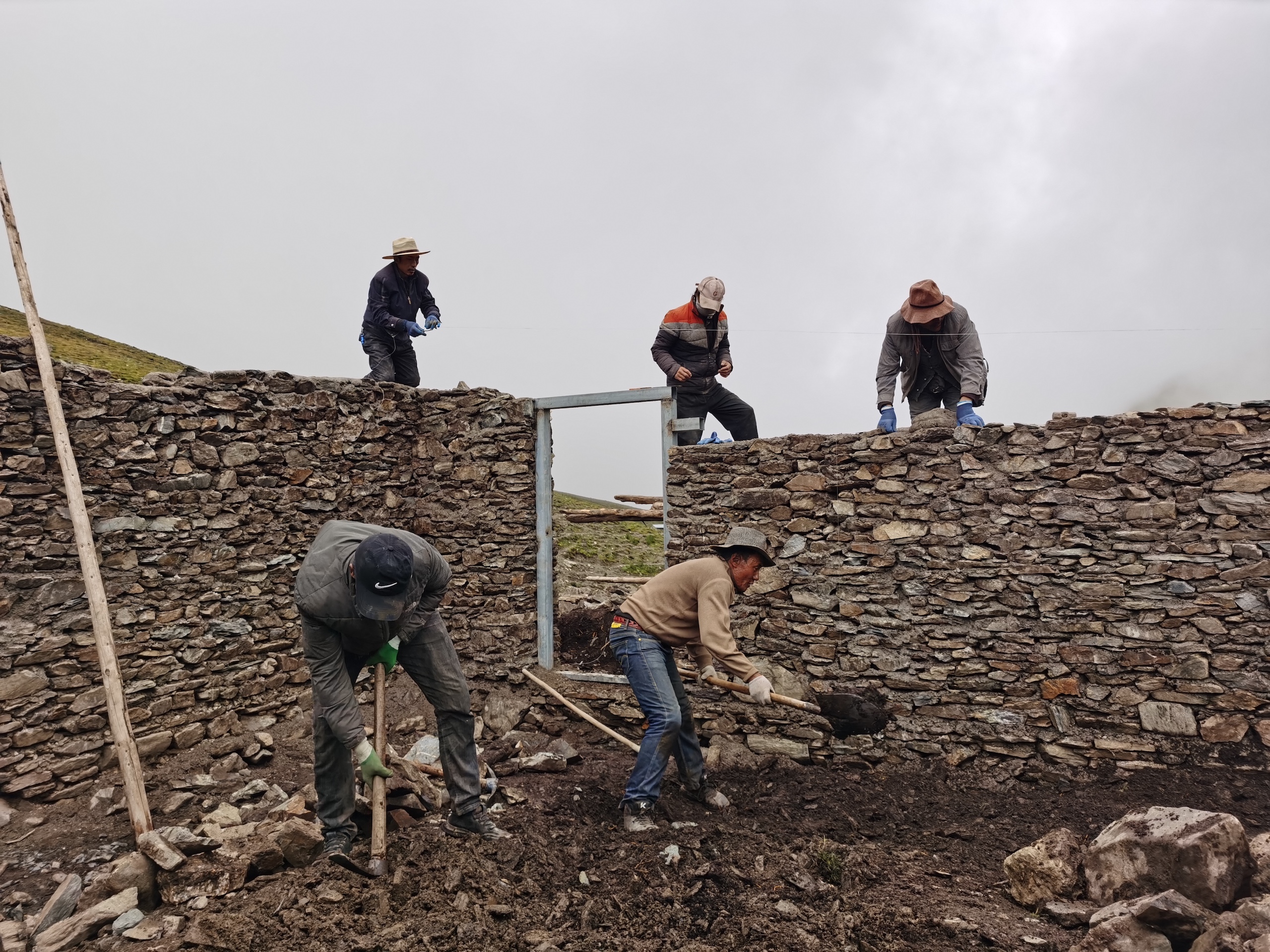 During the elephants’ epic trek across Yunnan, local governments mobilised, monitoring their progress with drones and using obstacles and food to guide them away from potential conflict with nearby residents. But that would not be feasible on the vast and sparsely populated Qinghai-Tibetan Plateau. There are too many bears, spread over too wide an area, and they do not travel in herds.

Bears are important in the Tibetan cultural tradition – they are regarded by herders as protectors of the land. Even late last century, herders would use a dried bear paw, handed down through the generations, to draw a circle around any tent or building they erected, using the bear as an intermediary to send a message to the gods, apologising and asking forgiveness for any offence caused.

Traditionally, the bears are more respected than feared. Many herders think the increasing conflict is a consequence of human damage to the land – a kind of punishment. And while they are scared of the bears, they are reluctant to cause them harm. If the locals and bears are to coexist in the long term, it will be essential to respect local traditions, make use of cultural wisdom about living alongside wildlife and increase levels of tolerance towards the bears.

Beijing could become ‘the capital of biodiversity’