Last month saw a two-week consultation period on a new revision to China’s “three haves” list, of animals considered to have ecological, scientific or social value.

The new draft list features an additional 680 terrestrial species. While some that had been elevated to special state protection or moved to aquatic animal lists earlier in the year have been removed. Certain other removals seized public and media attention, particularly the wild boar, Sus scrofa.

At the same time, the dubious reasons given for removing the large-billed crow, the carrion crow and the plateau zokor – a rodent endemic to China – caused some conservationists and members of the public to query the inclusion criteria.

But other topics need deeper discussion too. What role does the list play in China’s conservation system? Does it really help protect ecosystems and biodiversity?

The last gasp of ‘utilisation’

The wild boar’s removal was described in some media as a declaration of open season for boar hunters. Back in May, the National Forestry and Grassland Administration announced trials of programmes in 14 provinces to reduce damage caused by boar, with hunting permitted in some regions. For a time, there was much discussion of a “boar plague”.

But many are dubious about the removal, with some warning widespread slaughter would follow and that relaxing firearms regulation would be a risk to public safety. Others stress there aren’t any definite figures on the size of wild boar populations, and controlling the numbers hunted would be costly. With local governments likely to struggle to manage those numbers accurately, over-hunting is likely, as well as accidental injuries to other animals. Others warn the move may damage the evolving public understanding of animal conservation.

The draft specifies three principles for making changes to the list: “Put the ecology first”, “meet the needs of science and research” and “help social development”. The first of these was used to justify the removal of the Chinese zokor from the list, on the basis that it can harm natural ecosystems. However, that overlooks its role in the trophic cascade as food for apex predators. The third was used to exclude the large-billed and carrion crows, as their “ecological and scientific value is not enough to grant protection, and the public would not approve of their inclusion.” Crows are sometimes considered ominous in China. But carrion crows can provide warning signs of heavy metal pollution in urban environments, and studying them could help monitor pollution. In any case, the cultural significance of crows is not purely negative: a three-legged crow actually represents the sun in ancient Chinese mythology. 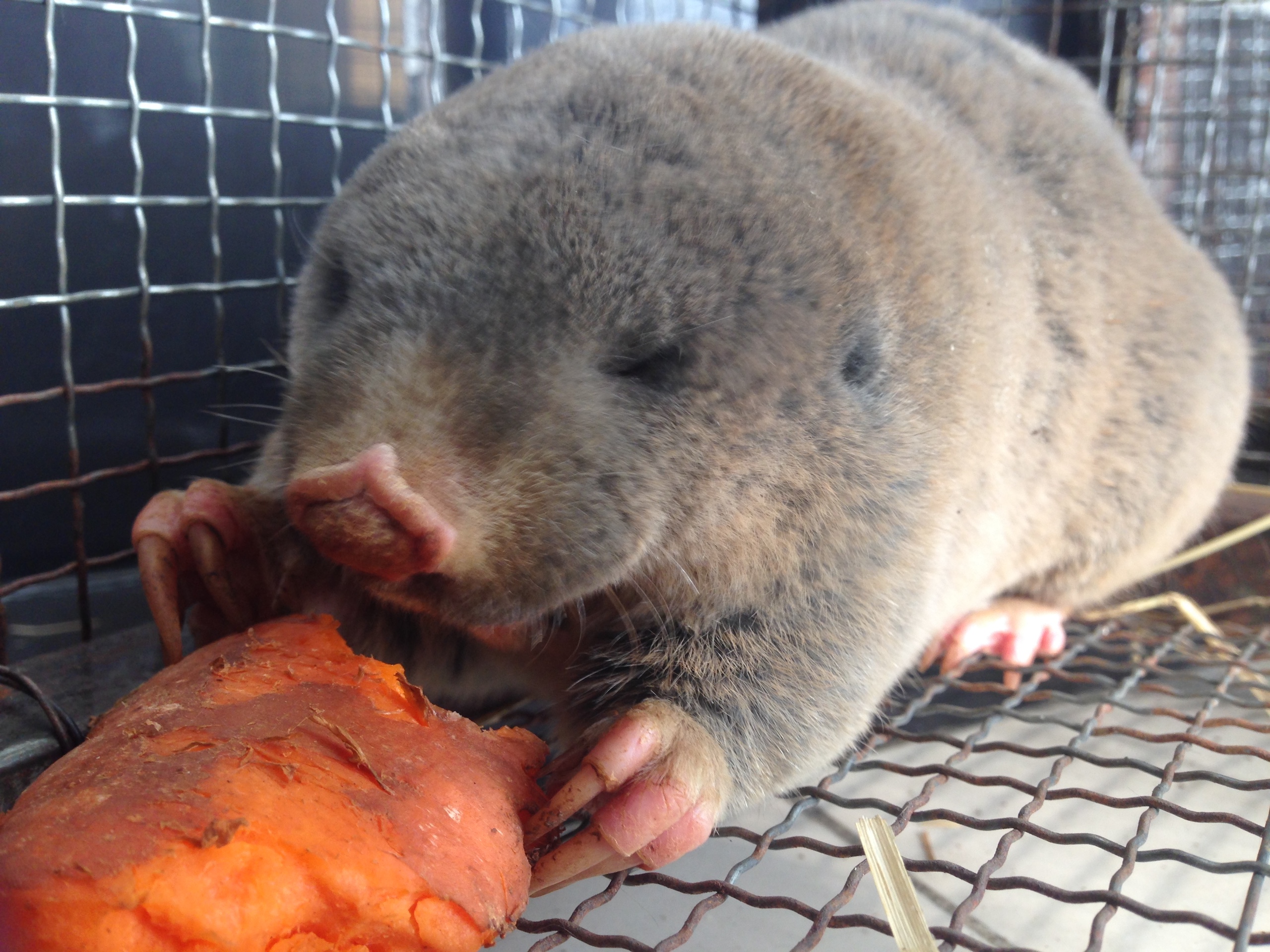 The plateau zokor was removed from the list on the basis that it can harm ecosystems, though it is an important food for top predators (Image: Xiao Sa / Wikimedia Commons, CC BY-SA 4.0) 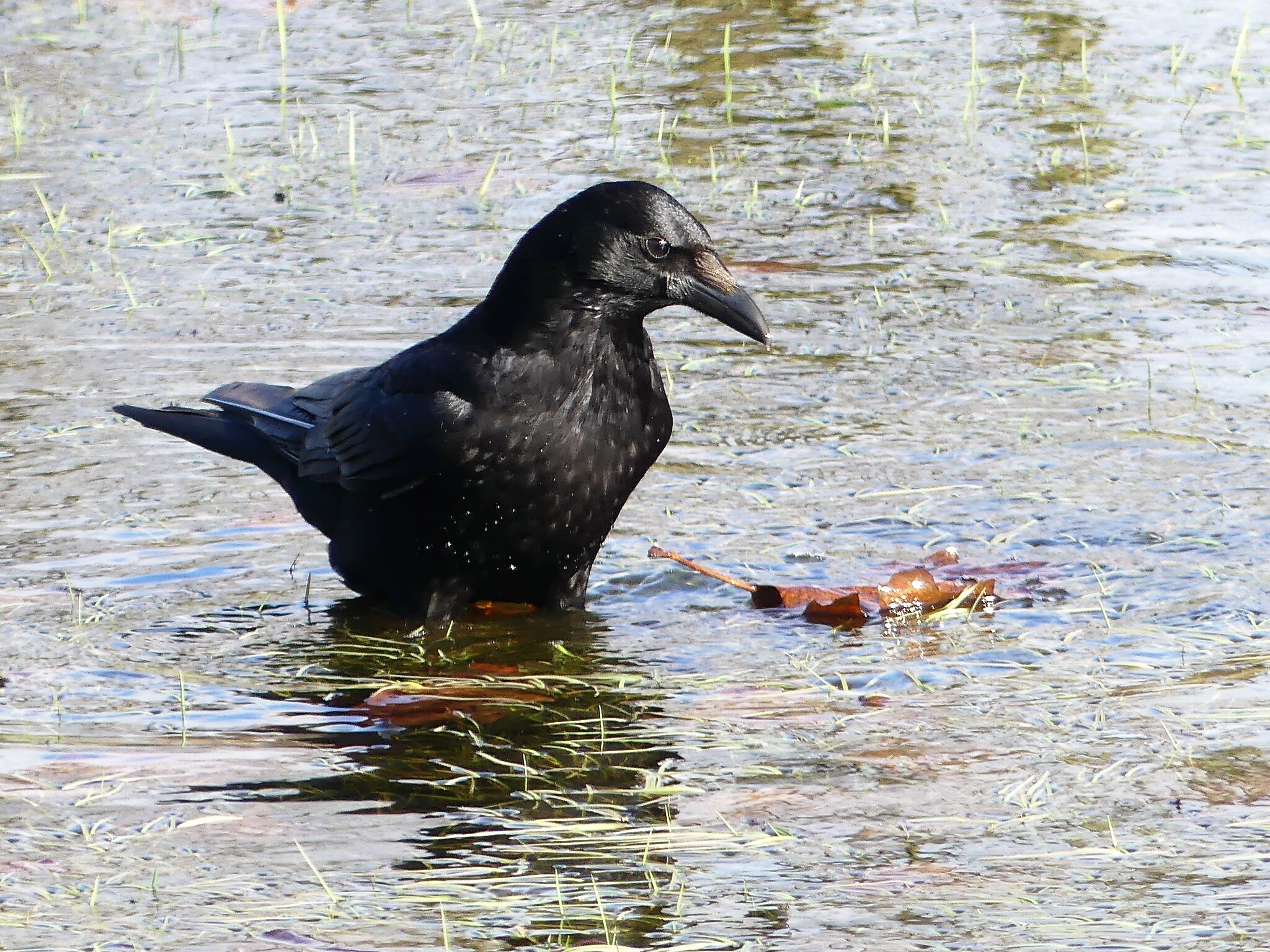 The carrion crow was also removed despite having the potential to be a bellwether for urban pollution (Image: Ian Preston / Flickr, CC BY 2.0)

The methods used to produce the list are problematic, and the list itself occupies an awkward position within China’s conservation system.

The Wildlife Protection Law, which was passed in 1988 and came into effect the following year, remains at the core of China’s conservation system. It is supplemented by regulations on protecting terrestrial and aquatic animals, rules for managing forest and animal reserves, and a licensing system for farming and breeding protected animals.

The first “three haves” list wasn’t published until 2000, but the idea had appeared in the original Wildlife Protection Law. According to Article 9 of that law, the State Council body responsible for wild animals would produce and publish a list of terrestrial wild animals that either have significant “benefits” (to humans) or economic value or scientific value (therefore “three haves”). In the third revision to the law, in 2016, the language changed to “terrestrial wild animals of significant ecological, scientific, or social value”, and the list was now to be “published by the competent department of wild animal conservation of the State Council after organisation of scientific evaluation.”

The change from “economic” to “ecological” value reflects a deeper shift: at the highest policy level, conservation rather than utilisation is now the priority. But despite the 2016 revision, the “three haves” list remains as a relic of a bygone era when utilisation was the focus.

Back in the 1980s, as wild animals were seen as a resource as well as a part of the ecosystem, the original Wildlife Protection Law included language on encouraging their farming and “utilisation”.

Problems soon arose. It was clear that the global outlook for wild animals was grim, and there was a debate in China over their utilisation. In 2003, for example, the link between the SARS epidemic and the consumption of wild animals as food sounded an alarm bell. Meanwhile, the Chinese alligator and Chinese box turtle were farmed in large numbers yet were critically endangered in the wild; captive breeding was not helping boost wild populations.

The Covid-19 epidemic reignited concerns over bushmeat. The Standing Committee of the National People’s Congress issued a ban and the National Forestry and Grassland Administration cracked down on the farming of animals such as the Chinese bamboo rat for meat. Animals once widely farmed became too hot to handle.

These incidents highlighted an increasing tension between the utilisation and conservation of animals.

The Wildlife Protection Law has been revised four times since 1988. The first two revisions, in 2004 and 2009, focused on criminal responsibility and punishments. The most recent one, in 2018, updated the names of some bodies to aid cross-departmental cooperation and to clarify the responsibilities of customs authorities. But the 2016 revision remains the most significant. Content on “encouraging utilisation” was removed; the conservation-first principle was established; and the aim of “protecting biodiversity and ecological balance, and promoting the construction of an “ecological civilization” was set. Overall, it was a new start in terms of principles, aims, measures and legal responsibility.

However, loopholes remained, with the core problem being that not all animals have legal protections.

Every part of an ecosystem has a particular value and function, all irreplaceable. In other words, all animals have ecological, scientific and social value.

Article 2 of the Wildlife Protection Law is clear that its protections are for rare and endangered terrestrial and aquatic wild animals, and terrestrial wild animals with the “three haves” (ecological, scientific or social value). That means no protections for any other animals. Moreover, the penalties in place for illegal hunting or utilisation of “three haves” animals are inadequate. The associated risks to biodiversity and of outbreaks of disease have been overlooked.

Also, neither the licensing system, or the rules on animal inspections and quarantine, are strict enough on breeding wild animals for commercial purposes.

Focus on ecosystems before species

There are three levels to biodiversity: genetic diversity, species diversity and ecosystem diversity. In ecological terms, every part of an ecosystem has a particular value and function, all irreplaceable. In other words, all animals have ecological, scientific and social value.

In 2012, the 18th National Congress of the Party set the construction of an “ecological civilization” as a major goal. Then, in 2017, the 19th National Congress called for stronger protections for ecosystems. There is no question that building on the Wildlife Protection Law’s provisions for rare and endangered animals to expand protections to ecosystems will be a key issue for China.

The shift from utilisation to conservation is plain to see. As early as 2002, academics were discussing “building a legislative system for biodiversity protection and sustainable development” and calling for an amendment to China’s constitution to include “protecting biodiversity resources, strengthening habitat construction and maintaining ecological security.”

There is no doubt that the move away from the old system, of assessing the need for conservation based on the utilisation of animals, will continue. But the existing “three haves” list basically applies the old thinking. In terms of criteria, scope, aims and feasibility, it is not fit for use when focussing on biodiversity conservation.

It is therefore necessary to abolish the “three haves” list and class all animals as either in need of special protections (as “endangered animals”) or ordinary protections, and bolster safeguards for habitats. There also needs to be stringent restrictions on how, and for what purposes, wild animals are utilised. A clear line should be drawn between farming of wild animals for commercial and for non-commercial purposes (such as scientific research), with different rules for each, and there should be a ban on wild-caught animals reaching the market.

Only a focus on ecosystems can prevent major public health risks at the source.

Is China stepping up its nature conservation?

Interview: How will plans to protect 30% of Earth work for Southeast Asia?