One in five people rely on wild species for income and food, while one in three rely on wood fuel for cooking, according to a major new report. Its authors aim to demonstrate how the use of wild species is far more prevalent than most people realise and that the decline of nature threatens human lives and livelihoods.

The report follows four years of work by 85 experts in the natural and social sciences and holders of indigenous and local knowledge around the world. They were working under the Intergovernmental Science-Policy Platform on Biodiversity and Ecosystem Services (IPBES), a  body set up to advise policymakers on biodiversity.

In 2019, IPBES warned that one million species were at risk of extinction. It found that over-exploitation of wild species was the second-largest driver of this trend for species living on land or freshwater, after land degradation and habitat destruction. For marine species, over-exploitation is the biggest driver.

Following these findings, the secretariats of the UN Convention on Biological Diversity (CBD) and the Convention on International Trade in Endangered Species of Wild Fauna and Flora (CITES) had requested more research on the issue to inform international discussions, and the new report is the result.

Progress on making international trade in wild species more sustainable will be discussed at a major CITES meeting, known as COP19, in Panama City in November. While a global deal for nature is due to be finalised at the CBD COP15 in December in Montreal.

Wild species are used for food and feed, materials, medicine, energy, recreation, ceremony, learning and decoration, the report points out. For example, wood from wild trees is used extensively for construction, fuel and other products, while the international trade in plants, algae and fungi is a billion-dollar industry. Observation of wild species through tourism is big business. Before the pandemic, protected areas globally received eight billion visitors a year and generated US$600 billion, states the report. 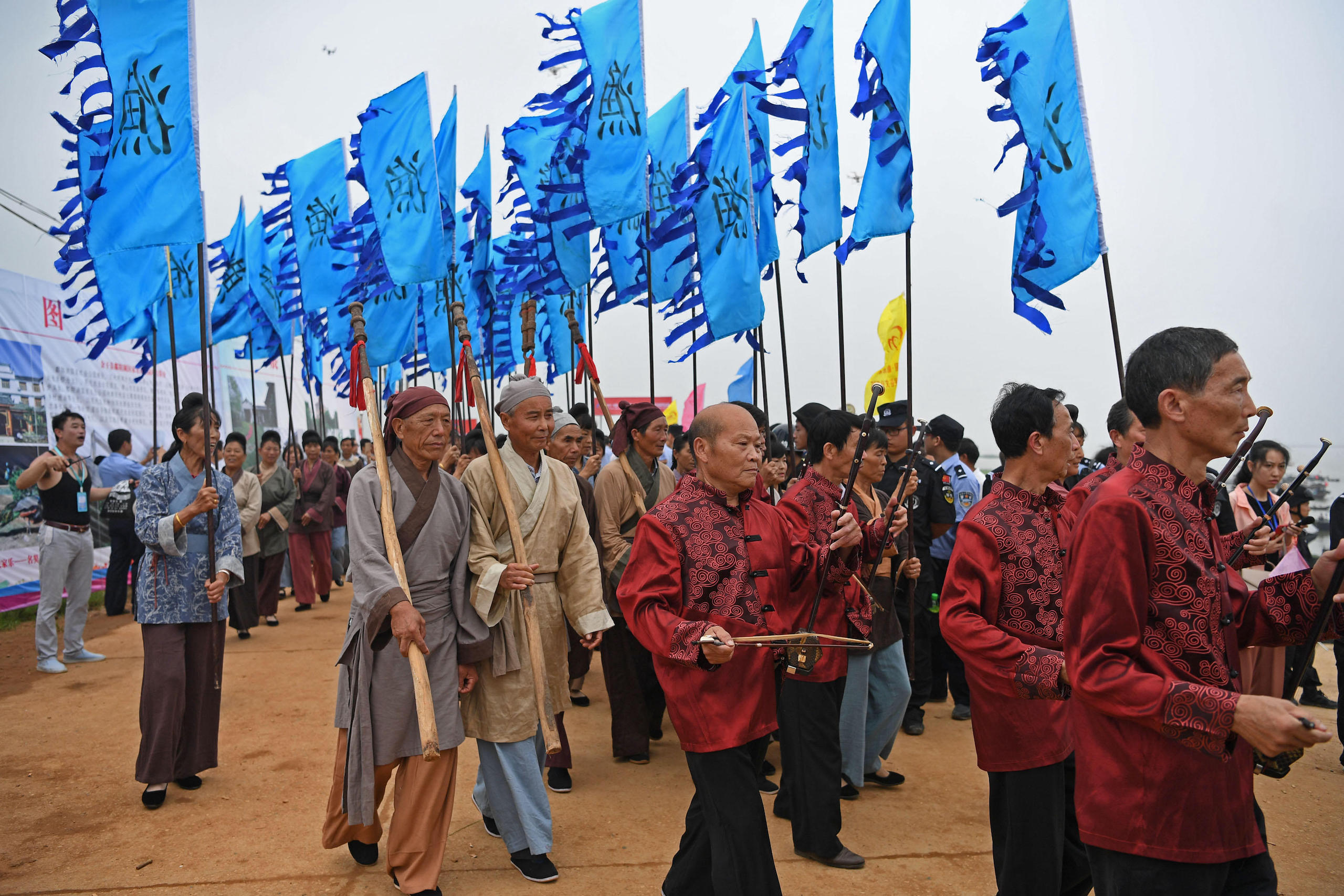 Celebrating the end of a fishing closed season in Yugan county, Jiangxi province, China. The recent IPBES report acknowledges how central the use of wild species is to the identities and livelihoods of many communities around the world. (Image: Wan Xiang / Alamy)

The significance doesn’t stop with indigenous communities. Speaking at the report’s launch, the IPBES executive secretary, Anne Larigauderie, said: “The sustainable use of wild species matters for all people and in all communities. Billions of people around the world rely on wild species for their food, for their energy, for their medicine, and cultural aspects. This is the case in both low-income countries as well as high-income countries, and it is vastly underestimated and underappreciated.”

The research found that the use of wild species has increased in most cases and that sustainable use varies greatly. Citing fishing as an example, the report pointed out that strong fisheries management has seen fish populations increase, such as the Atlantic bluefin tuna, which is now fished within sustainable levels following severe exploitation in the 1990s.

However, around 34% of marine wild fish stocks are overfished for countries considered to have “low-intensity” – meaning less strict – fisheries management measures. The status of stocks in such countries is often poorly known but generally believed to be “below the abundance that would maximise sustainable food production”. Many small-scale fisheries are unsustainable or only partially sustainable, especially in Africa, for both inland and marine fisheries, and in Asia, Latin America and Europe for coastal fisheries.

The report also noted that all usages of wild species feature examples of illegal practices, while unlawful trade in wild species represents the third-largest class of all illegal trade. Such trade is estimated to be worth up to US$199 billion annually, with timber and fish making up the largest volumes and value.

The report’s authors acknowledged that solutions are not straightforward, and will involve different actions across all types of use of wild species. For example, more sustainable use in the fishing industry would come about by reducing IUU (illegal, unreported and unregulated) fishing, suppressing harmful financial subsidies and supporting small-scale fisheries. In the timber industry, technological innovations could reduce waste in manufacturing wood products.

The report stresses the importance of empowering indigenous peoples and local communities and respecting their rights, access to protected areas and customs when developing policies to promote sustainable use of species.

Practices in the use of wild species vary across indigenous and local cultures but share common values such as respect for nature, avoiding waste, managing harvests and ensuring the benefits from wild species are distributed fairly, the report states.

These values result in use that is sustainable. For example, deforestation is generally lower in indigenous territories, particularly where there is security of land tenure, continuity of knowledge and languages, and alternative livelihoods, according to report co-chair Dr Marla Emery.

Emery said scientists and indigenous people should learn from each other about the sustainable use of wild species. This would reduce the likelihood of cultural contexts being overlooked in international agreements, as is often the case.

The report advocates policies to secure rights of tenure and access to land, fisheries and forests for indigenous people and local communities. It also calls for poverty alleviation to create the right conditions for sustainable wild species usage.

The authors stress that solutions need to be specific and localised. For example, preventing the use of a wild plant or animal could result in increased cultivation, and therefore habitat destruction.

There is much confusion in international debates on biodiversity over what can be called sustainable use in different contexts, according to Linda Krueger, director of biodiversity and infrastructure policy for The Nature Conservancy.

For example, the current draft text of the new global deal for biodiversity being negotiated through the Convention on Biological Diversity (CBD) has three different targets covering sustainable use, but discussions and proposed amendments have led to overlaps between them, she said.

“One of the things the IPBES report makes really clear is that social and cultural and economic context is everything – what makes sense in one socio-economic, cultural environment doesn’t in another. Policy measures are very dependent on this local context. The report highlights the challenges for the CBD in coming up with globally applicable targets,” she said.

However, Krueger is optimistic that the report will influence the talks. A key takeaway is that 70% of the world’s poor are directly dependent on wild species, and these people will be hurt the most by biodiversity decline, she noted. In this way, the report directly ties conservation to the goals of poverty alleviation and food security, she said. “This is an important argument to make: saving biodiversity is not a colonialist enterprise; it is hopefully going to help the people who most rely on these resources in the long term.”

A Chinese translation of this article will be available soon.

‘They deserve our reverence’: Meet the bee-centric beekeepers

The Brazil nut gatherers of the Amazon