On the face of it, global efforts to prevent the extinction of one million species are not progressing well. Out of 20 targets agreed by governments in 2010, none were met, and this year’s much hyped “super year for nature” has been hit by the Covid-19 pandemic, with all global negotiations stalled.

However, Elizabeth Maruma Mrema, the woman tasked with moving it all forwards as executive secretary of the United Nations’ Convention on Biological Diversity (CBD), remains upbeat. In spite of it all, the UN General Assembly’s biodiversity summit took place on schedule at the end of September, which was a “major achievement”, she says. 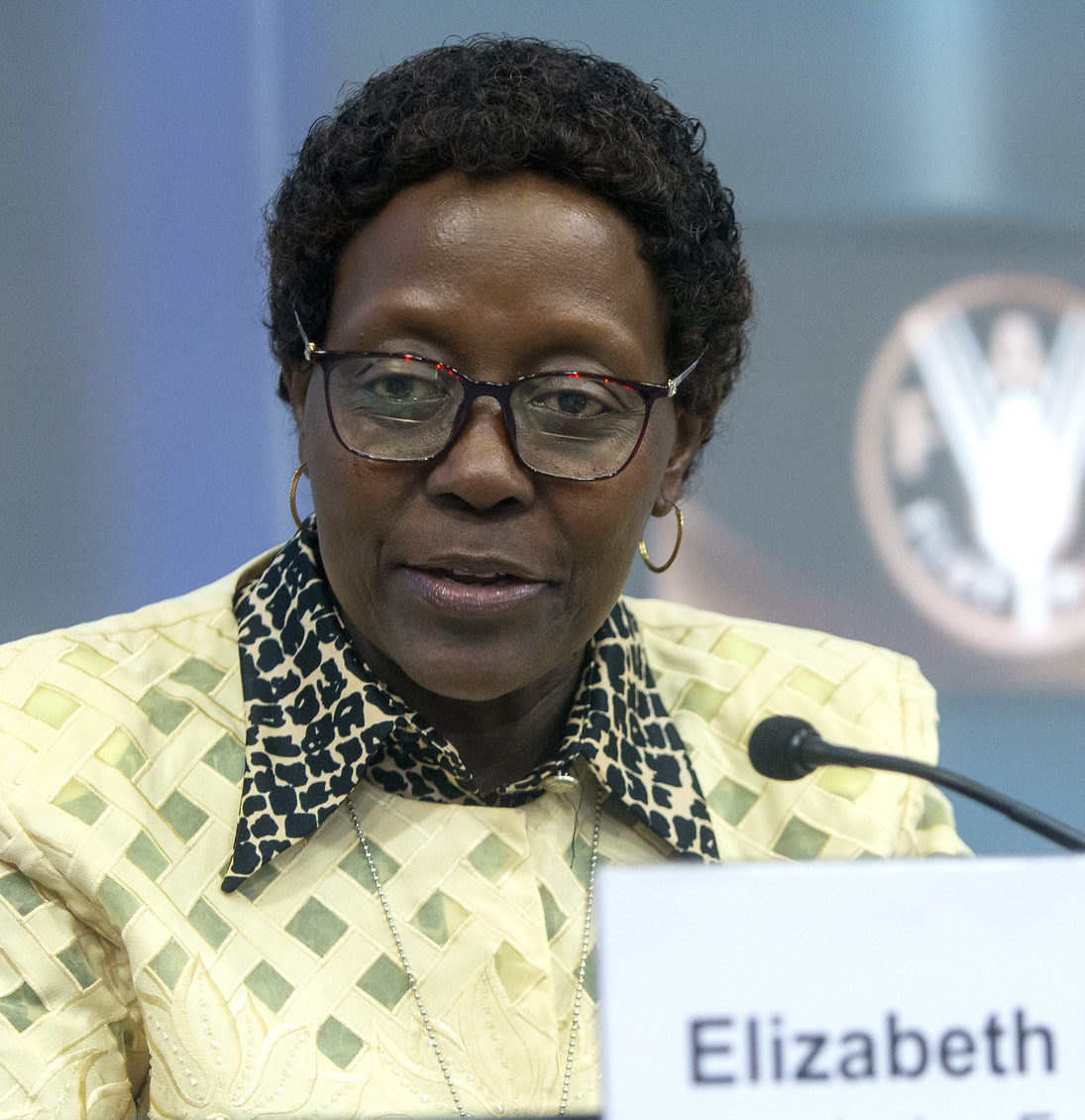 Though still a virtual event, the summit featured speeches from over 70 heads of state, with more wanting to speak than there was time available. Despite the fact that no concrete commitments were made at the summit, Mrema says she was encouraged by so many leaders wanting to make an appearance.

“But of course, the devil is in the detail – we will have to see how all these good statements we heard will be translated into action on the ground to make a difference in the next ten years,” she says.

Mrema has been part of the machinery of the UN Environment Programme, of which the CBD secretariat is a part, in various roles for over 20 years. With an education in law and international relations, her work has focused on the development, implementation and enforcement of environmental laws at national, regional and international level.

The Tanzanian was confirmed as executive secretary to the CBD in June 2020, having held the post in an acting capacity since December 2019. During the previous decade, she led work on several UN wildlife conventions, including the Convention on the Conservation of Migratory Species, before moving into senior roles in UNEP’s law and ecosystem divisions.

Her work at UNEP has overlapped with the period in which the Aichi targets were supposed to be implemented, so she has seen first-hand the mistakes that were made – and spelled out in September in the CBD’s Global Biodiversity Outlook 5 report.

No time to waste

Mrema is adamant that the next global deal on biodiversity will be different. The Aichi targets were agreed in 2010 with a target date of 2020 but efforts on the ground only really started in the second half of this timeframe once finance and national action plans had been developed, she says.

“It took a while for national-level implementation to begin. But this time, the action plans are already in place, so implementation should begin immediately,” she says.

One lesson that signatories to the convention learned from the failure of Aichi was that the work cannot be left to governments alone, Mrema says. “When the targets were adopted, it was anticipated that only governments had a role in implementation, when in fact all parts of society need to play a role.

“This time, the framework will ensure universality, inclusivity and transparency, and all stakeholders are already engaged in making contributions to the framework,” she says.

Without the extra time [due to Covid-19], the negotiations would probably have been more difficult.

Another problem with the ambitions agreed in Aichi was that individual targets had no indicators by which progress could be monitored and implementation adjusted when necessary, she adds. The deal being drawn up, which will eventually be agreed at the conference of the parties (COP15) in Kunming, China, will be part of a package, Mrema says.

Separate frameworks alongside the main deal will cover: reporting and accountability; “resource mobilisation”, that is, how to finance implementation; and capacity building and technology transfer to developing countries.

“So the tools for the means of implementation are already being thought through as the framework is being developed, which was not the case 10 years ago, and is one of the major lessons we learned,” Mrema says.

Options for reviewing countries’ progress against the agreement are currently being drawn up in technical meetings. There needs to be transparent monitoring of implementation so that information and experience can be shared between countries, and to allow the secretariat to track progress, Mrema says.

It is hoping that governments will draw up national reports against the indicators, which can then be reviewed each time there is a COP of the CBD. “We want to assess gaps in the commitments, and carry out stocktaking at a global level. These are some of the issues that are being considered,” she says.

Finance will be crucial to the success of whatever deal is decided in Kunming. Though annual international investments flowing to conservation doubled to US$80-90 billion over the past decade, according to the Global Biodiversity Outlook 5 report, it is still a drop in the ocean compared to what is necessary, which has been estimated at somewhere between US$103 and US$895 billion a year.

Campaigners have complained repeatedly that negotiations so far have not touched finance, and that not enough time is being made for an issue that is always contentious politically. Mrema says that finance will be discussed during the next meeting of the Open-Ended Working Group – the body under which the main negotiations are taking place. Two subsidiary bodies of the CBD, which consider technical details, are also looking at finance.

Dates for these discussions are currently under review. Meetings scheduled for the summer were postponed to November, but have since been postponed again. Negotiators want to meet face-to-face, and the CBD secretariat hopes this will be possible early in the new year, but it will depend on the Covid-19 situation, Mrema says.

In any case, finance will come from a number of sources, she says. A specific working group has been set up to look at innovative ways to raise money, such as setting aside for nature conservation a proportion of revenue from tourism and wildlife management, national tax incentives for nature protection, and the elimination of subsidies for harmful activities such as intensive agriculture, she explains.

“These are the strategies that the panel on resource mobilisation are looking at, as opposed to physical money on the table,” Mrema says.

Mrema says she is also working hard to link the CBD process with the work of the UN Framework Convention on Climate Change, and COP26, which has been rescheduled to take place in November 2021.

The UK government, which is hosting COP26 in Glasgow, has already stated that it wants the event to highlight the role of nature-based solutions in the fight against climate change. Measures such as planting more trees and creating wetlands have been estimated to reduce net emissions by around 30%, but they will also help tackle biodiversity loss, Mrema notes.

“These issues are intrinsically connected, and you can’t deal with one without the other,” she says. “I’m delighted that the UK and Chinese governments are having discussions at the highest level about how the two COPs can build common results.” The CBD is also working with the World Health Organisation on the linkages with health, and wants to urge governments to connect all these issues together in policy, she says.

As the host of COP15, the Chinese government is already heavily involved in preparatory works, such as organising consultations, and a high-level ministerial dialogue ahead of the UNGA biodiversity summit, Mrema says.

“When adopted, the framework will bear the name of China, so they have an interest in making sure that a good action-orientated implementable framework is finally adopted,” she says.

Though COP15 is currently pencilled in to take place in May 2021, the pandemic may yet push that back into the autumn, a whole year later than the original date. But the delay is not necessarily a bad thing as it has allowed more time for consultations and preparatory work, Mrema insists.