The pace of climate change is accelerating too fast for many plant and animal species to adapt, and leading to profound impacts on species’ ability to survive and food production, according to a new report from the UN Environment Programme (UNEP).

Plants and animals in terrestrial, aquatic and marine ecosystems use temperature, day length or rainfall as cues for major phases of their lives, such as flowering, bearing fruit, breeding and migrating. But as the climate warms, not all species are shifting in the same direction or at the same rate, and such key phases of interdependent species are falling out of sync, UNEP warns in Frontiers 2022: Noise, Blazes and Mismatches.

The report also draws attention to the increasing threats to human health and the environment from noise pollution and wildfires. Published a few months ahead of the second session of the COP15 biodiversity talks in Kunming, China, its stark findings present another urgent reminder of the action needed on decarbonisation and conservation investment, as well as the need for improved integration of biodiversity and climate agendas.

The study of the cues and timing of species’ key phases and how they interact within a life cycle is known as phenology. Many species need to interact for their survival, though, as UNEP’s Frontiers report highlights, many of these well-established interactions are being thrown off by a rapidly changing climate.

For example, great tits have many offspring, requiring the adults to provide almost one caterpillar per minute to their growing nestlings. The birds use temperature to time their breeding so that the nestlings arrive at the peak abundance of caterpillars on oak trees. In turn, caterpillar eggs hatch just as oak trees produce young foliage. In some countries, the great tit population has advanced its egg-laying in response to warming trends, but the shift is not enough to match the peak of the caterpillar population. This mismatch is forecast to grow in the coming decades, leading to food shortages for the songbirds.

The report warns that species that migrate are particularly vulnerable to phenological change since local climatic cues that normally trigger migration may no longer accurately predict conditions at their destination and resting sites along the route.

It cites the example of the North American monarch butterfly, which is prompted by shorter days and lower temperatures to make a journey of 4,300km from summer breeding grounds in North America to overwintering sites in central Mexico. Studies have found that they have delayed migration by six days per decade over the past 29 years. Those that migrate later appear less likely to reach the overwintering sites than earlier migrants, which scientists believe is due to mismatches in food availability along their route. 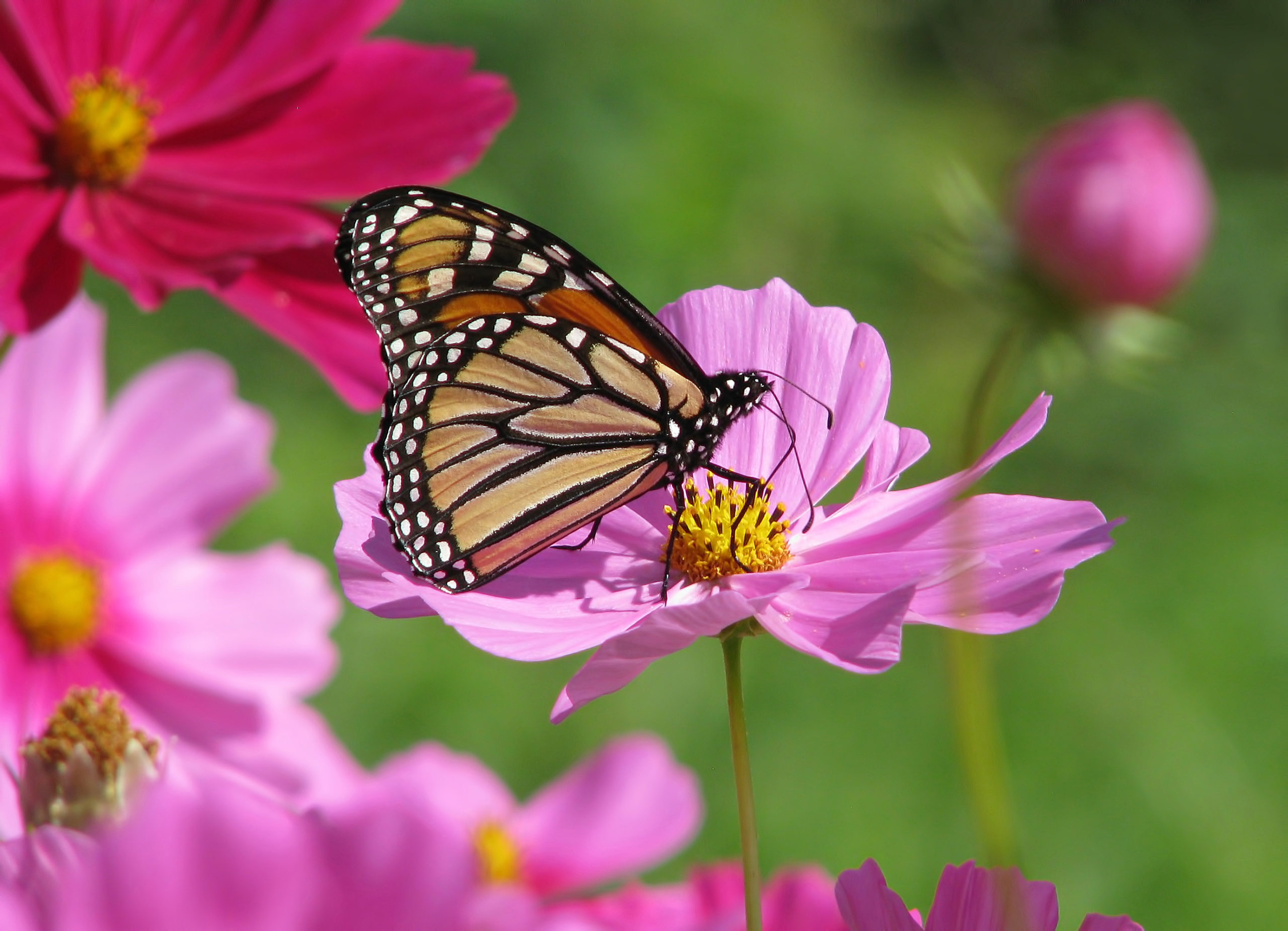 Studies suggest that climate change may be delaying the annual migration of the North American monarch butterfly, with those that migrate later less likely to reach their overwintering site (Image: Vicki DeLoach / Flickr CC BY-NC-ND 2.0)

Phenological shifts are also causing problems for humans, UNEP says. Changing growing seasons and damage to crops caused by heat or drought are affecting agricultural systems worldwide. Changes in the growth stages of grapevines, fruit trees, barley, maize, rice, soybean and wheat to cotton have already been observed. Many commercially important marine species and their prey have also been affected, with significant consequences for stock and fisheries productivity.

The problems caused by shifting seasons could be partially resolved, the report suggests, through existing conservation measures, such as restoring habitats and building “corridors” that species can use to move between areas. Boundaries of protected areas could be adjusted as species’ ranges shift to help them adapt, it added. It would also be critical to promote genetic diversity within populations, as this would boost the likelihood of species evolving successfully to new conditions.

However, the report stresses that such measures can only delay the shifting seasons. “The only way to effectively reduce damages from mismatched phenological shifts worldwide is to rapidly reduce CO2 emissions,” it states.

Solutions are needed that integrate climate change and biodiversity loss, according to Maarten Kappelle, head of the thematic assessments unit at UNEP. “Most existing international biodiversity targets have so far overlooked climate change impacts. But that is changing,” he says.

The new international deal for nature being discussed at the COP15 talks in Kunming offers the opportunity to address the interactions between climate change and biodiversity, Kappelle says: “These phenological mismatches could be taken into account to ensure that we get biodiversity targets that are aligned better to the Paris Agreement and the UN sustainable development goals.”

The findings on phenology are just one part of UNEP’s latest Frontiers report, a publication launched in 2016 to spotlight emerging environmental issues. The 2022 edition also highlights urban noise pollution and wildfires, with the three issues representing the triple planetary crisis of climate change, pollution and biodiversity loss, according to UNEP’s executive director Inger Anderson.

On noise pollution, the report warns that unwanted, prolonged and high-volume sounds from road traffic, railways, or leisure activities impair human health and wellbeing. The resulting stress and sleep disturbance can result in severe heart disease and diabetes, hearing impairment and poor mental health, it states.

Acceptable noise levels are surpassed in many cities worldwide, including Algiers, Bangkok, Dhaka, Ho Chi Minh City, Islamabad and New York. The problem leads to 12,000 premature deaths each year in the EU alone, the report says. Its recommendations for possible ways of reducing noise include investing in alternative mobility to reduce traffic noise, and installing tree belts and green spaces in cities, which can instead create “soundscapes” that have a positive impact on health.

Meanwhile, wildfires are projected to become more frequent, more intense and to last longer, including in areas previously unaffected by fires, UNEP says. Each year between 2002 and 2016, an average of 423 million hectares – an area about the size of the entire EU – burned. Climate change is causing hotter temperatures and drier conditions, while land-use change, including commercial logging and deforestation for farms, grazing land, and expanding cities, is also increasing fire risk.

The report cites multiple threats from fires, including emissions of greenhouse gases and black carbon, landslides, and the creation of large-scale algal blooms in oceans. These also cause long-term mental and physical health problems for humans, with smoke and particulate matter sometimes spreading thousands of kilometres from the source.

UNEP called for greater investment in reducing the risks of wildfires, such as through remote sensing technology and the development of approaches to manage them that include vulnerable and indigenous communities.

The report’s publication was timed ahead of a major meeting of the United Nations Environment Assembly next week in Nairobi, which will consider creating a global and legally binding agreement to address plastic pollution and will also consider action on nature.