Concerns have been raised that Zimbabwe is again preparing to send dozens of young elephants to wildlife parks in China.

The agency has said it plans to capture about 100 elephants, mostly sub-adults, and contain them in pens for two months before moving them to another park. But conservationists believe the government intends to sell them to wildlife parks in China.

The live export of elephants from Zimbabwe is legal. But it has been criticised by animal welfare advocates who argue the process compromises their complex social and physical needs.

The practice could be curtailed by a proposal to the Cites conference currently meeting in South Africa. The proposal is supported by theAfrican Elephant Coalition (AEC) – a coalition of 29 African nations, not including Zimbabwe – and aims to end the export of African elephants outside their natural range, including export to zoos and other captive facilities overseas.

In the past, Zimbabwe has exported elephants to India, Spain, the US and elsewhere. Last year it sent 24 Hwange elephants to China, provoking an outcry from animal welfare organisations. Experts looking at photos of those elephants – some as young as two – believed there were signs of distress, injury and possibly abuse.
​
ZimParks denies it is planning to sell elephants to China. It said in a statement the elephants would eventually be moved to Chizarira, about 250km north-east. “The only elephants that have been captured will be translocated to Chizarira national park under the wildlife drought mitigation strategy (2015-2016). The … strategy was approved by cabinet in January 2016. The primary purpose of these translocations is for conservation through reduced mortalities due to lack of forage and water in their current habitats because an ongoing drought in Hwange is causing wildlife to die from lack of water and forage.”

But Johnny Rodrigues, the Harare-based founder of the Zimbabwe conservation taskforce, believes the government is planning to send the elephants to China.

“The government is covering it up,” he says. “The same as 2015 and the same as 2012. Deny, deny, deny. And when they land in China they say they aren’t making apologies. They are using the drought and misinformation and it’s bullshit.” 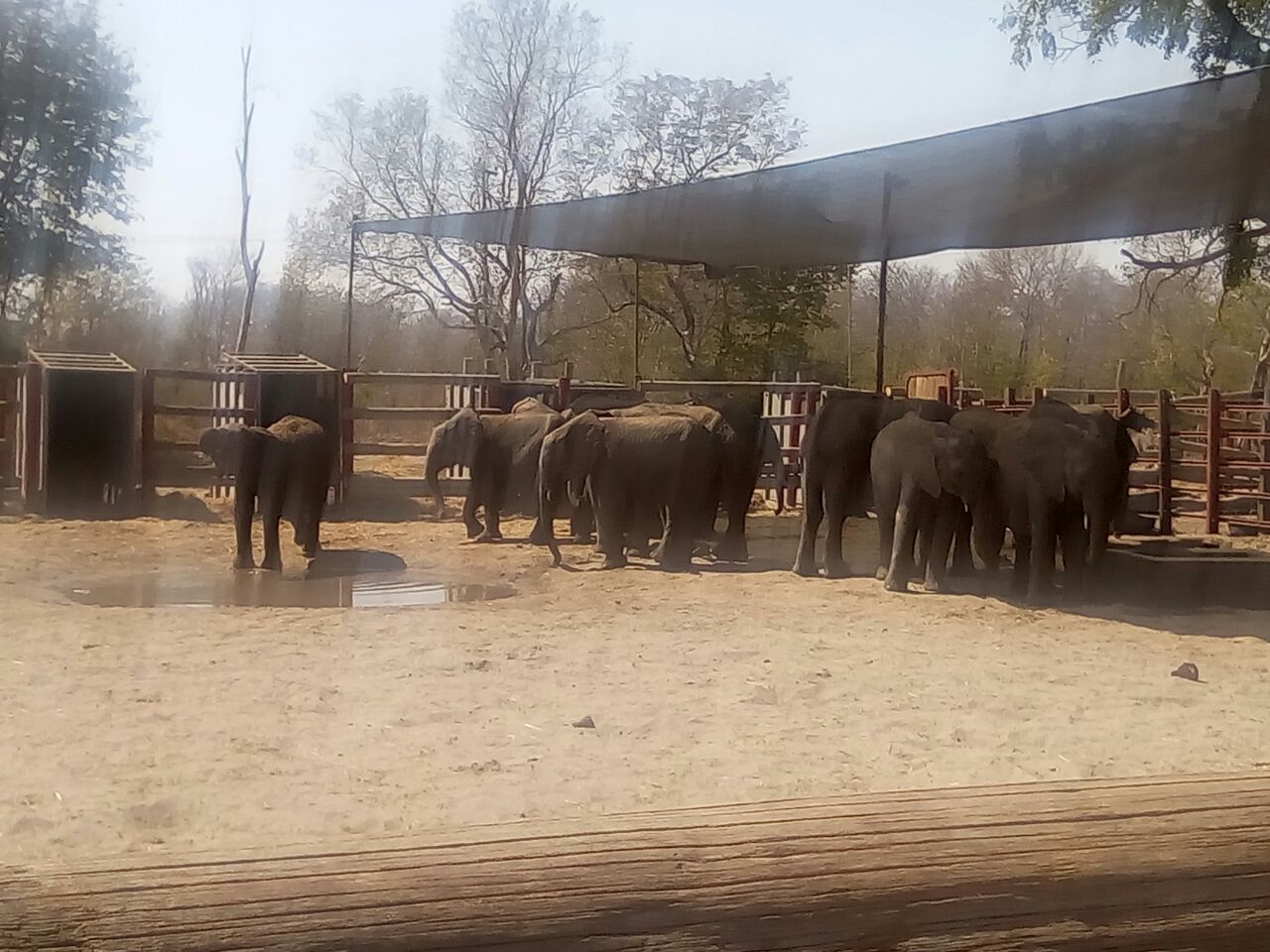 On Sunday the Zimbabwean water and climate minister, Oppah Muchinguri, reportedly told the Cites conference in Johannesburg she was considering selling live baby elephants to Mozambique, the Democratic Republic of Congo and China.

The government is adamant this will not be the fate of the elephants at the Umtshibi facility. But conservationists have pointed out inconsistencies in Zimbabwe’s explanation. When approached by the Guardian, ZimParks said the translocation to Chizarira was being monitored by the Society for the Prevention of Cruelty to Animals (SPCA) “to ensure that the animals are treated well and managed in a manner that protects them from disease outbreaks”.

But the Zimbabwe branch of the SPCA told the Guardian: “ZNSPCA is not party to any attempts by ZimParks to capture or relocate any elephants.”

Rather, it “has been asked to undertake an assessment of facilities in China to see if these have the potential to humanely house elephants. We are in the process of doing this assessment. Irrespective of this request, it does not in any way endorse the activities of ZimParks.”

“From a practical point, I don’t believe it,” he says. “I’ve never heard of them capturing sub-adults, holding them in pens, then releasing them later. Because the basic principle of wild management handling is to have minimal contact with human beings … Zimbabwe is going to send these elephants to China.”

Another wildlife industry expert, who asked not to be named, says penning “would only be done on the receiving end, and normally for only a couple days in the case of elephants”.

The expert says it is not standard practice to move youngsters from different herds: “If they are saying they are only catching younger animals, that would not bode well as a sign of their intention either way.”

Ant Kaschula, a professional guide who has led safaris in Zimbabwe since 1998, says he is “a little bit sceptical” about Zimbabwe’s motivation. “It is well known that translocating elephants needs to be done in entire family units. Catching sub-adults from wild herds creates a massive amount of disturbance and emotional turmoil for them.”

Furthermore, he doesn’t understand the rationale of moving elephants into Chizarira, which has been hit by ivory poaching.

“Surely if Chizarira’s elephant population has been depleted through poaching then what is the point in moving [at great cost and at a time when ZimParks is virtually broke] more elephants in there to suffer the same fate when the root cause has not been addressed?”

Antoine Mudakikwa, a wildlife vet and head of Rwanda’s Cites delegation, says he was “very, very happy to hear that ZimParks denied the allegations”. Rwanda is part of the AEC push to end live export of elephants. Mudakikwa says it must be stopped “not only because of their welfare but what we want to have is the animals in their natural habitat and to eventually translocate some of them to repopulate or reintroduce in those known former sites of elephants”.

This article forms part of our special series of reports on elephants, in cooperation with the Guardian. Read the introduction to the series here.