The floods in the Central Yangtze Region in 1998 forced the leadership to pay serious and systematic attention to the contradiction between economic development and environmental sustainability. As part of this new focus on sustainability, the regime intensified its efforts at reforestation, and announced two major nationwide initiatives: the Natural Forest Protection Program and the Returning Farmland to Forest Program, also known as “Grain-for-Green” and “Sloping Land Conversion".

Both of these programs are designed to increase the overall percentage of forest cover; the RFFP also addresses both ecological and economic problems. Ecologically, by concentrating on replanting steeply sloping farmlands, it reduces runoff and undesirable soil transport. Economically, by compensating farmers in grain or cash for the lost income from their crops, it provides incentives to engage in more sustainable agriculture while hopefully maintaining farmers’ incomes.

The results from both of these programs seem impressive. Along with other reforestation programs, notably the so-called “Great Green Wall” in the northwest, these programs have helped increase China’s overall forest cover from 16% to over 20% of its total land area. In addition to ecological benefits, this has resulted in a more sustainable supply of many forest products, and also opened up possibilities for forest-related incomes in some rural communities.

At the local level, based on our research in several parts of Sichuan, the results are more mixed. 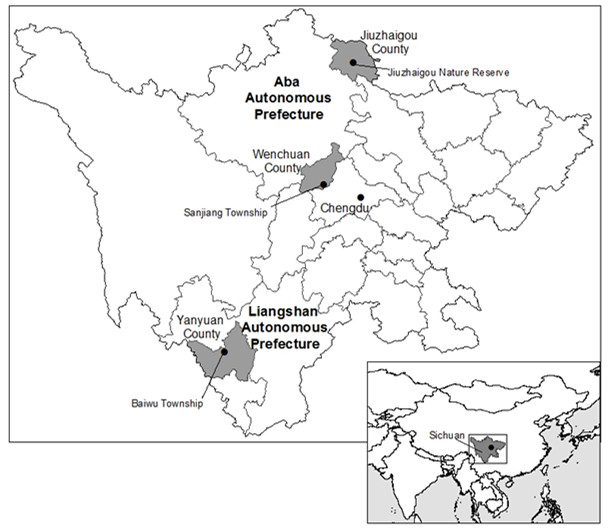 Figure 1: Location of the three study sites in Sichuan

Baiwu Township is in Yanyuan County, at an elevation of 2,500 to 3,800 meters. Local people have practiced a combination of field farming, animal husbandry, and subsistence forestry for the 250 or so years since they migrated into this area. The earliest reforestation efforts preceded both national programs, and the native Yunnan pine (Pinus yunnanensis) was planted with good success. But the NFPP and the RFFP state reforestation programs didn’t work as well.

The NFPP began in 1998, planting previously farmed or unforested areas with two species selected for their economic potential: the native Prinsepia utilis and the exotic Robinia pseudoacacia. When we surveyed several sites planted with these shrubs,we either found nothing there or only a few struggling plants. In 2003, we found similar results in Prinsepia planting sites managed under the RFFP, along with similarly failed plantings of walnuts and Sichuan peppercorns (Zanthoxylum piperitum). 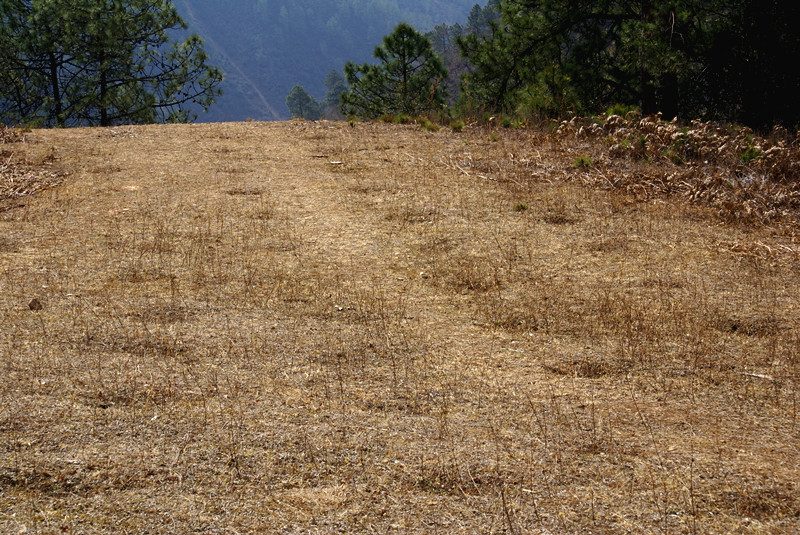 Figure 2: Prinsepia trees planted on this site in Baiwu all died

Not all reforestation efforts in Baiwu have failed. The floor of one valley in Baiwu Township had been forested before the 1960s, but was gradually cleared until there were few trees remaining by 1985. Beginning in 2008, local villagers on their own initiative decided to plant fast growing poplars on the valley floor to retard erosion and possibly provide a source of firewood. Pigs dug up some of the seedlings and cattle trampled others, but about half survived, after which villagers strengthened the fences, replanted some of the poplars and added walnut seedlings. Both poplars and walnuts were growing fairly well in 2013.

Sanjiang Township is in Wenchuan County, at elevations of 1,200 to 3,500 meters. In 2003, the RFFP came to Sanjiang, and all 85 households in Caoxiu, our study village, retired at least one mu (614 square metres) of cropland to return to forest. They were supplied with seedlings of kuding cha (Ilex latifolia), a holly tree used to brew a bitter tea.

But after local people discovered that the market for kuding was not promising, they ripped out the seedlings and replaced them with houpu ( Magnolia officinalis) a tree cultivated for its medicinal bark. They received cash subsidies of RMB 260/mu for former croplands converted to tree plantations. They anticipated that it would take 15 years before they could harvest the bark, but saw that the market had remained stable, and in fact had begun to plant houpu voluntarily outside the areas demarcated by the RFFP authorities.

Figure 3: Successful conversion of cropland to Magnolia plantation in Sanjiang

Jiuzhaigou National Park, near the border with Gansu province, at elevations from 1800 to 4100 meters; it has been a National Nature Reserve since the 1980s. Recent archaeological excavations undertaken by Sichuan University have shown that people have been subsisting in this area for at least 2200 years, also combining crop agriculture, forestry, and livestock raising. The great majority of the Park is covered by forest, but there are meadow areas where people used to farm and graze their animals, and also wetlands bordering the numerous streams and lakes that lure millions of tourists to Jiuzhaigou every year. 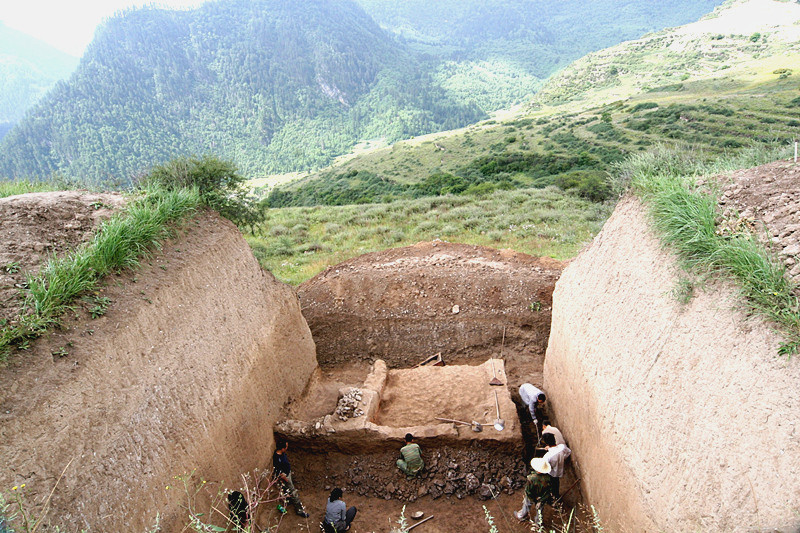 Figure 4: Archaeological excavation of a Han dynasty site at Jiuzhaigou

When Jiuzhaigou became a large-scale tourist destination in the mid-1990s, residents were prohibited first from farming, then from cutting firewood and finally from grazing animals within the Park. At about the same time, Jiuzhaigou County also started to participate in the RFFP, and many of the former agricultural areas have been planted with pine and spruce to meet quotas of reforestation.

The plantations in most areas are growing well.  But the irony is that these plantations, while they might increase the forested area, are a danger to the Park’s famed biodiversity, which includes over 1,900 plant species as well as many rare and endangered plants and animals. Some of these species live only in the meadows, which have shrunk rapidly over the past 15 years, and will disappear almost entirely if the policy is continued. 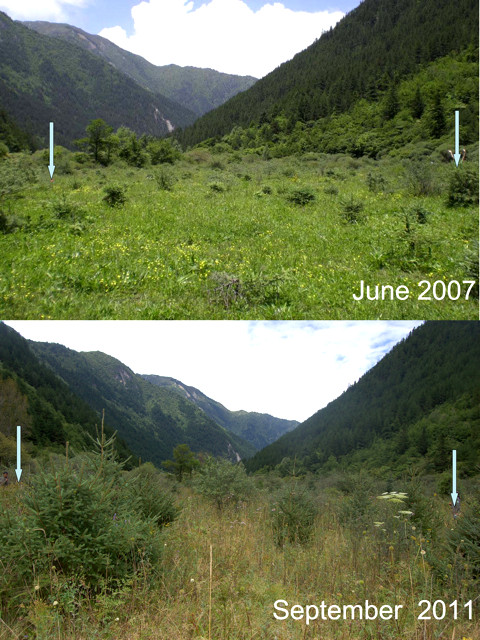 Figure 5: Forest encroaching on a meadow at Jiuzhaigou

This points out two more general lessons about China’s efforts at reforestation and its broader environmental policies. First, top-down programs usually fail unless there is a meaningful role for local initiative. Second, programs that appear to be succeeding at a nationwide scale—China’s forest cover has indeed increased under the NFPP and the RFFP—may have very different results in different localities.

Stevan Harrell is a professor of anthropology at the University of Washington. The papers on reforestation were published in The Journal of Mountain Science in 2007, and then again in a special issue on China of the journal Environmental Practice in 2013. His research was conducted in collaboration with Christine Trac, Amanda Schmidt, and Tom Hinckley.

Mangrove forests in crisis in China