In September last year, American nature photographer and outdoor enthusiast Kyle Obermann published a video and article about a solo 60km run near Mount Gongga in western Sichuan province. His run through the rugged terrain, which went up to an altitude of 4,800m, was not just a personal physical challenge. He was there on a mission to collect litter left behind by other fans of the outdoors.

“I want to show people that, at the same time as exploring nature, we – all of us – can also add conservation value,” Obermann told me shortly after his Sichuan adventure.

The story was a hit, receiving nearly 200,000 views on his personal Weibo and almost 50,000 reads on his WeChat public account. It was also reposted by big name conservation NGOs such as Friends of Nature and by China Daily and Xinhua, two of China’s largest state media outlets.

Obermann’s message was clear: the community of trail runners and outdoor enthusiasts have a duty to care about and make a contribution to the natural spaces that underpin their hobbies. As a long-time trail runner around Beijing and elsewhere in China, his message appeals to me deeply.

Outdoor sports are booming in China. Some estimates put the current number of trail races at 2,000 per year. Races in the Beijing area have increased from no more than a couple of dozen a year when I first started running here in 2012, to half a dozen per weekend at the height of the annual season. This year may see significantly less races given restrictions on travel and group gatherings to contain a second wave of Covid-19 infections. But that is certainly not stopping people from enjoying the spring flowers and fresh leaves around Beijing. Trails that are open around the capital have been gradually filling up with hikers, runners and even mountain bikers as the weather warms.

But the boom is a double-edged sword for China’s natural spaces, particularly those readily accessible from urban areas.

“There are people who have the knowledge and skills to enjoy the outdoors without leaving too big of a footprint, but increasingly many who do not,” Kunming-based ecologist and trail race consultant Pavel Toropov tells me. “Right now in China you have a demographic of people exploring the outdoors who haven’t changed their basic habits, leading to huge amounts of trash on popular trails.”

On the other hand, there is every reason to believe that an increased interest in the outdoors will lead to a corresponding interest in preserving and looking after nature.

In September, the popular Beijing-based trail running group and race organiser V-Trail addressed the issue head on in an article since deleted: “To become a trail runner, one must also become an environmentalist”. 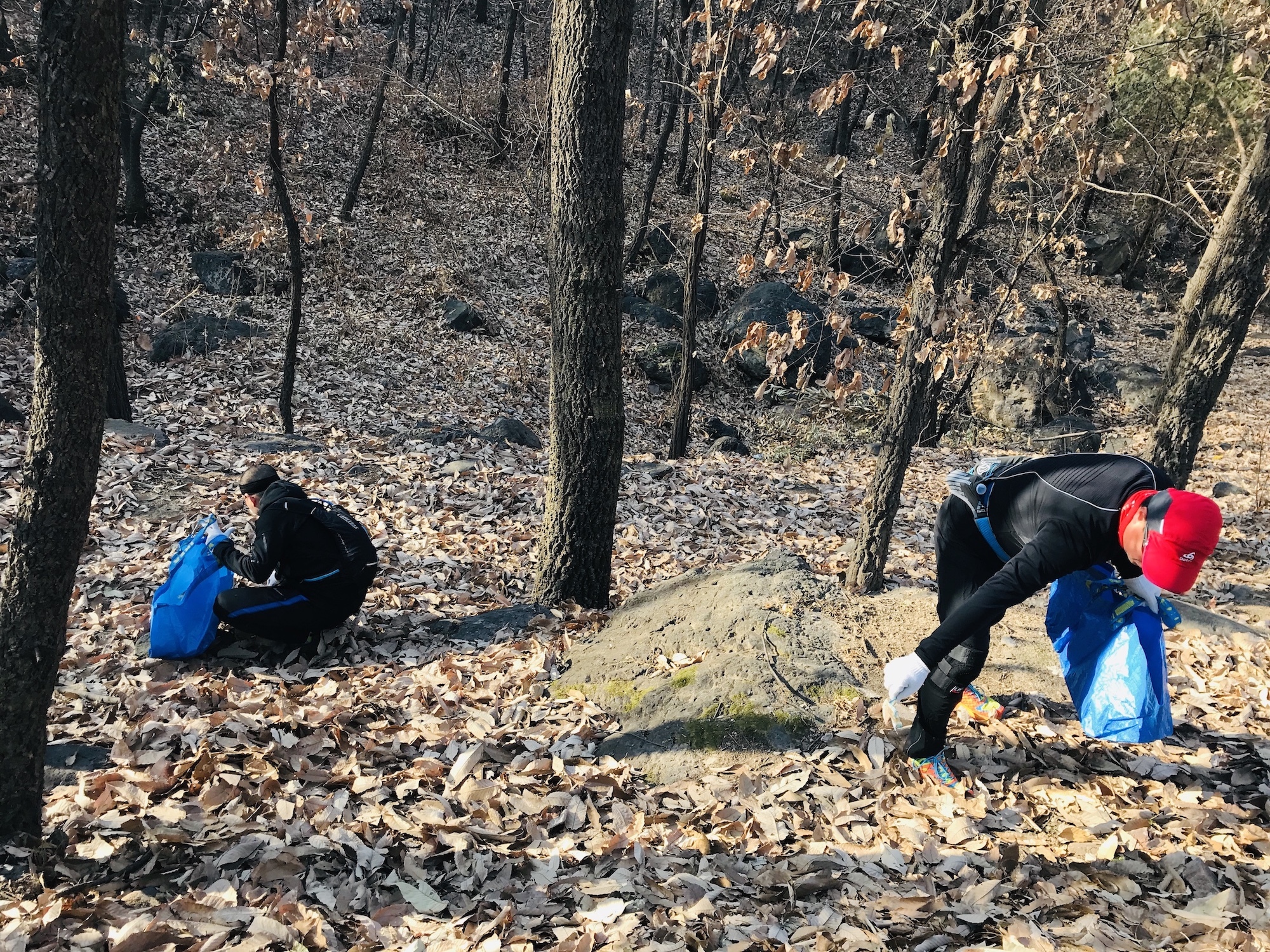 There are increasing numbers of initiatives to bring the two together. “Plogging” is an activity originating in Sweden in which people pluck litter as they jog. It has become increasingly popular in China’s outdoor communities. Craft Plogging, one of the country’s largest groups dedicated to the pursuit, has organised over 35 events in eight different regions since being set up in August 2018. Founder Zhang Li sees change coming:

“We’ve seen more and more people out plogging, either as individuals or in organised groups such as our own, or by NGOs such as Friends of Nature,” she says. “Every action inspires more people to pay attention.”

“Races are also increasingly taking measures to reduce their footprint, such as using reusable race numbers, asking participants to bring their own bottles rather than using disposable plastic ones, and to use digital GPX maps rather than the traditional trail markers hung from trees.”

“There’s a lot of lip service to environmental protection going on at big races these days, but unfortunately these rules too often go unenforced… It has to be made clear to participants that they will be penalised for any abuses.”

He believes that race organisers need to be more active in spreading awareness of environmental protection.

“Organisers have a role to play in delivering basic environmental awareness education. Things are moving in the right direction, but more needs to be done.”

For Kyle Obermann, there is also a need for NGOs to get involved. His project, Explore to Conserve, aims to connect the conversations in the environmental NGO and the outdoor enthusiast communities. He believes that a lot of runners see the importance of environmental protection, but are not sure what action they can take. NGOs could help bridge this gap through their focus on individual and group action. 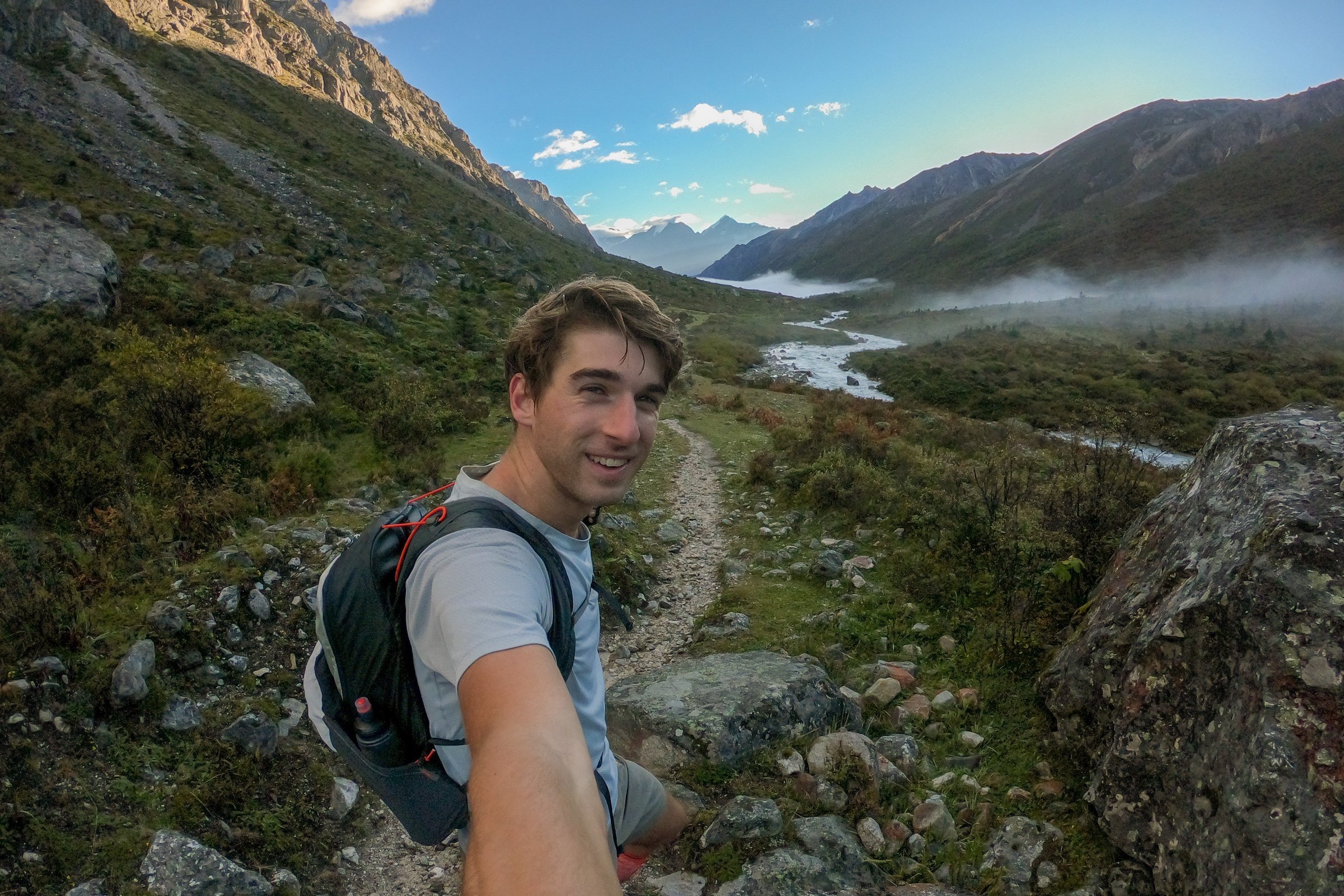 Plogger Zhang Li already sees this process in action. The “Leave No Trace” campaign by Friends of Nature in China had a big impact on the outdoors community, she says.

In fact, on the last trail race I attended, along the Great Wall on the border of Hebei and Liaoning, I came across, to my surprise, a group of about 20 Friends of Nature litter-picking volunteers about halfway through the course on a remote section of the Wall. Not affiliated with the race, they were a good reminder to all of us runners to take our rubbish with us and leave zero trace at the end of the race. As I ran past, I saw that the two large Ikea bags each of the volunteers held were full of discarded plastic bottles, bags and food wrapping. Their work was clearly cut out.

“It’s the natural growing pains of an industry,” Toropov says. “The outdoors industry has a responsibility to ensure environmental awareness is ingrained in the character of what they do.”

With many races this spring, typically the start of the racing season, postponed or cancelled, those growing pains are seeing a pause. Zhang Li’s plogging events are also on hold for now. But there is reason to believe the steady progress will continue once the epidemic measures ease.

Last October, Obermann returned to Mount Gongga, where he had filmed his plogging adventure. It was the height of the hiking season and Obermann noticed, somewhat beyond his expectations, that local guides were far more insistent that their hiking customers take all litter back down the mountain with them.

“There is definitely a trend towards the better,” he says, “but it will take time.”

The litter-collecting monk of Tibet