Yunnan province occupies just over 4% of China’s landmass, but it hosts more than half of the country’s higher plants and vertebrate species, and three quarters of its protected animal species. This rich biodiversity is under ever-growing pressure from growing human population and resource extraction.

Later this year, the world’s most important biodiversity conference is due to be held in Yunnan’s capital, Kunming. The 2020 Conference of the Parties to the UN Convention of Biological Diversity will be attended by delegates from more than 200 countries. Its main aim is to find new solutions to the current global crisis of biodiversity loss.

Yunnan’s biodiversity is globally significant. In particular, it is a hotspot for fungi. Of the world’s 3,000-plus species of edible mushrooms, for example, approximately 850 are found here.

One of the world’s leading authorities on Yunnan’s fungi is Dr Peter Mortimer, a professor at the Kunming Institute of Botany. Over the past ten years, Dr Mortimer and his students have identified and described over 1,000 new species of fungus. What’s more, of all the mushrooms they have come across in the field, one in five is new to science.

Last summer, on a recreational visit to Swallow Cave near Kunming, he came across four new species of fungi, all growing on a single dead horseshoe bat, a species commonly found roosting in the region’s caves.

“It looked like a ball of white fluff, so many fungi were growing on it,” he recalled. The bat “turned out to have at least seven PhDs attached to it”. 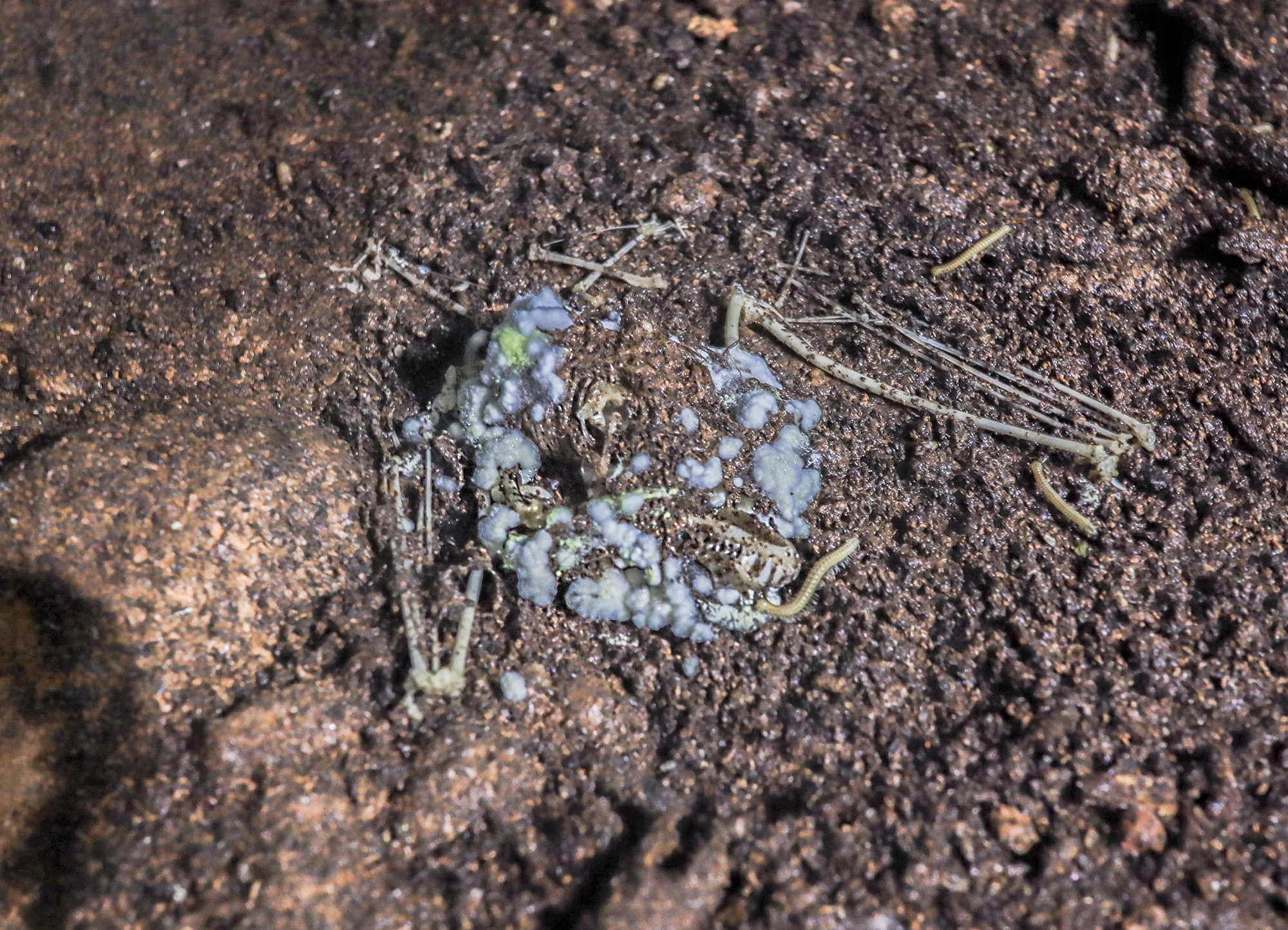 He added: “It is not surprising that we found four new species on a single dead bat, considering that we are in Yunnan… What’s interesting is what those fungi are.”

Three of the four new species belonged to the genus Mortierella, a common saprophytic fungus (meaning it breaks down living matter) already known to inhabit caves.

But the carcass also hosted three species of pathogenic fungi (which cause disease); one of them was new to science. These were most likely to have infected the bat when it was alive, possibly causing its death.

One species was Fusarium incarnatum, which is known mainly as a plant pathogen affecting crops such as rice, maize and sorghum. F. incarnatum is, however, also capable of infecting mammals with compromised immune systems, such as humans with a low white blood cell count.

“Potentially a big find”, according to Dr. Mortimer, was a new species in the Neocosmospora genus, which encompasses aggressive human and animal pathogens. “If infecting a living animal, it would probably kill it,” he said.

Neocosmospora fungi have been found to affect fish, crustaceans, marine and terrestrial mammals and reptiles. In humans they cause a wide range of serious cutaneous and subcutaneous infections, and are especially dangerous for organ-transplant patients.

A third pathogen from the same bat – Mucor hiemalis – is also a plant and animal pathogen that causes diseases in mammals with compromised immune systems, including humans. Fungi of the Mucor genus have previously been found on living bats in North America.

The bat also yielded Trichoderma harzanium, a fungus that is itself a fungicide, used commercially to suppress fungal pathogens in seed and soil treatments and also on foliage.

Dr Mortimer suggests the Trichoderma harzanium may have protected the bat and its community against the infectious fungi: “A mammal hosting Trichoderma harzanium opens a door to a lot of new questions. This may be a totally new ecology that we have not yet seen. There is also strong economic potential – this particular strain might be an effective fungicide. Research into this alone may yield a lot of interesting things.” 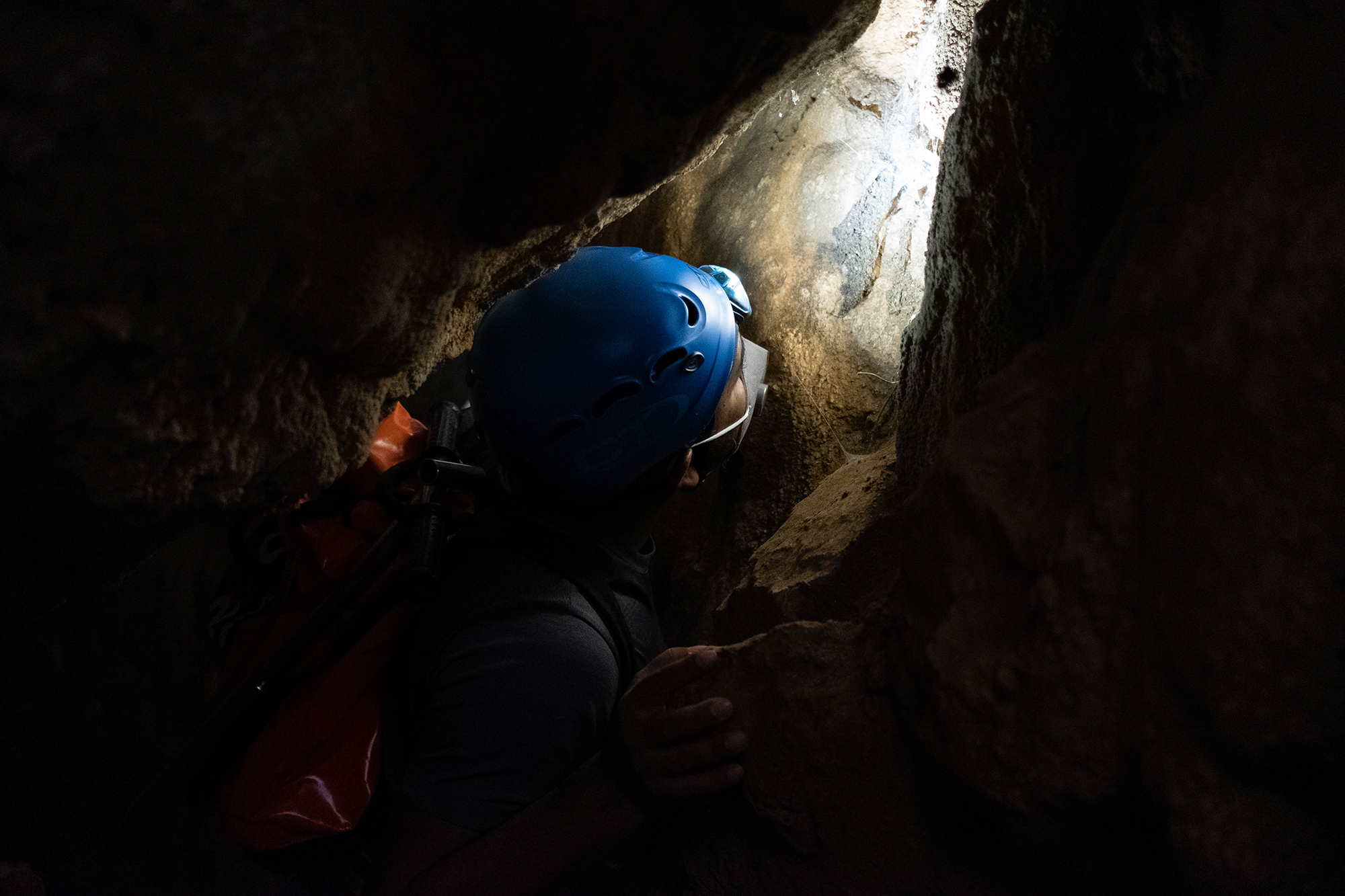 Follow-up visits to Swallow Cave by Dr Mortimer and his research team have yielded four more dead bats, all at the same stage of decomposition. “To me this indicates that they died at the same time,” he said. “At the time I thought it was odd, but it makes sense if they all contacted the same pathogen that may be affecting the entire population.”

This has raised alarm bells for Dr Mortimer. Fungal infections have been known to lead to mass bat mortalities. Since 2006, white-nose syndrome caused by the fungus Geomyces destructans has killed around six million bats in North America.

“The ecosystem services that bats provide are worth millions of dollars per year in terms of pollination and keeping down insect populations. Anything that can devastate local bat populations has downstream effects for crops and human populations,” he warned.

It would, however, take a large-scale study involving other local caves to assess if Yunnan’s bat populations are under threat.

Swallow Cave is easily accessible, and local people have long visited the upper chambers, causing a lot of damage, such as cutting and extracting stalactites and stalagmites. Since the road to the cave was paved a few years ago, hiking groups from Kunming have also been visiting regularly, degrading the cave further.

“In my opinion, the upper chambers of the cave have already been ruined by human access,” said Dr Mortimer. “There is a lot of litter – bottles, lunch boxes, graffiti on the walls, old campfires – and a lot of breakage of stalactites and stalagmites.” 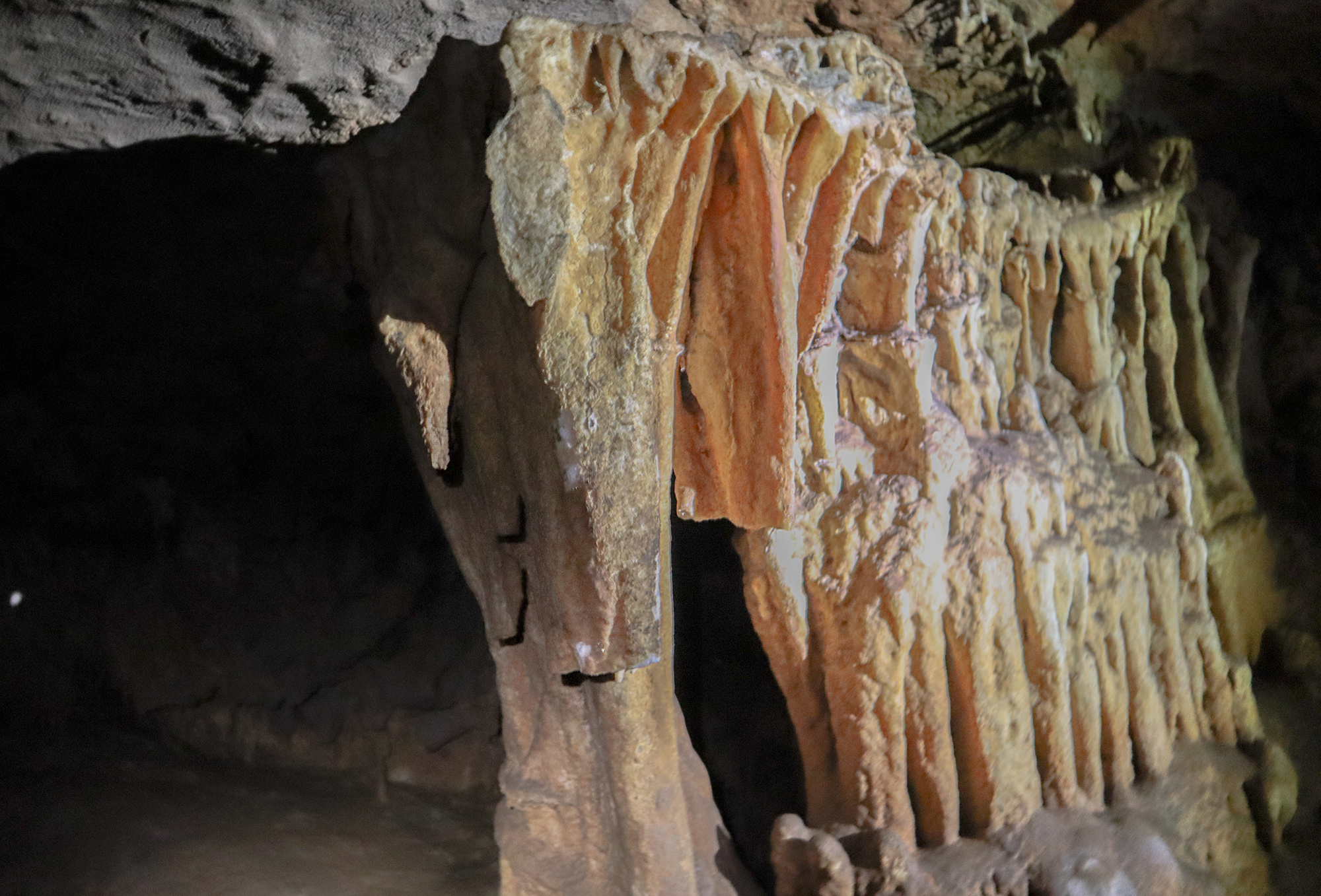 Stalactites in Swallow Cave, some off which have had pieces cut off as souvenirs  (Image: Pavel Toropov/China Dialogue)

Such disturbance may affect bat populations, preventing them from roosting in the cave and potentially upsetting their migratory routes.

Increased human contact and the universal nature of the pathogens found on the carcasses also raise the possibility of bats acting as vectors of fungal infections in humans, their domestic animals and crops.

“I personally know of three caves within just a few kilometres of Swallow Cave” says Dr Mortimer. “I was recently shown photos of mushrooms growing on bat dung there, something I have never seen before.”

It seems the fungal diversity sustained by a single, accidentally found bat carcass from the well-known Swallow Cave is just a glimpse of what Yunnan’s vast cave system has in store.

How long can the caterpillar fungus craze last?