The yaks are in clover. At times I could see more than a thousand in a single view across the windswept plateau. Black-necked storks, a bird revered by Tibetans, are also proliferating on the edge of the Tibetan highlands in western China. Both are testimony to a remarkable but little noticed restoration of one of the world’s largest alpine wetlands, over 3,400 metres up in the headwaters of the Yellow River.

Ill-advised drains dug during the Cultural Revolution have been blocked across the sweeping grasslands of the Zoigê (also known as Ruoergai) plateau in northern Sichuan. The “rewetting” of the peat bogs is a good-news story both for nature and yak herders, whose hairy and hardy animals prosper in the inhospitable terrain, providing milk, meat, hides, hair, transport and fuel in the form of dung.

But local ecologists say there are now too many yaks.

Herders tempted by buoyant urban markets for yak produce to increase their numbers are being told they must reduce them in order to sustain the recovery of the grasslands. The authorities face a delicate balancing act – sustaining the Zoigê ecosystem, while allowing Tibetan yak culture to persist. 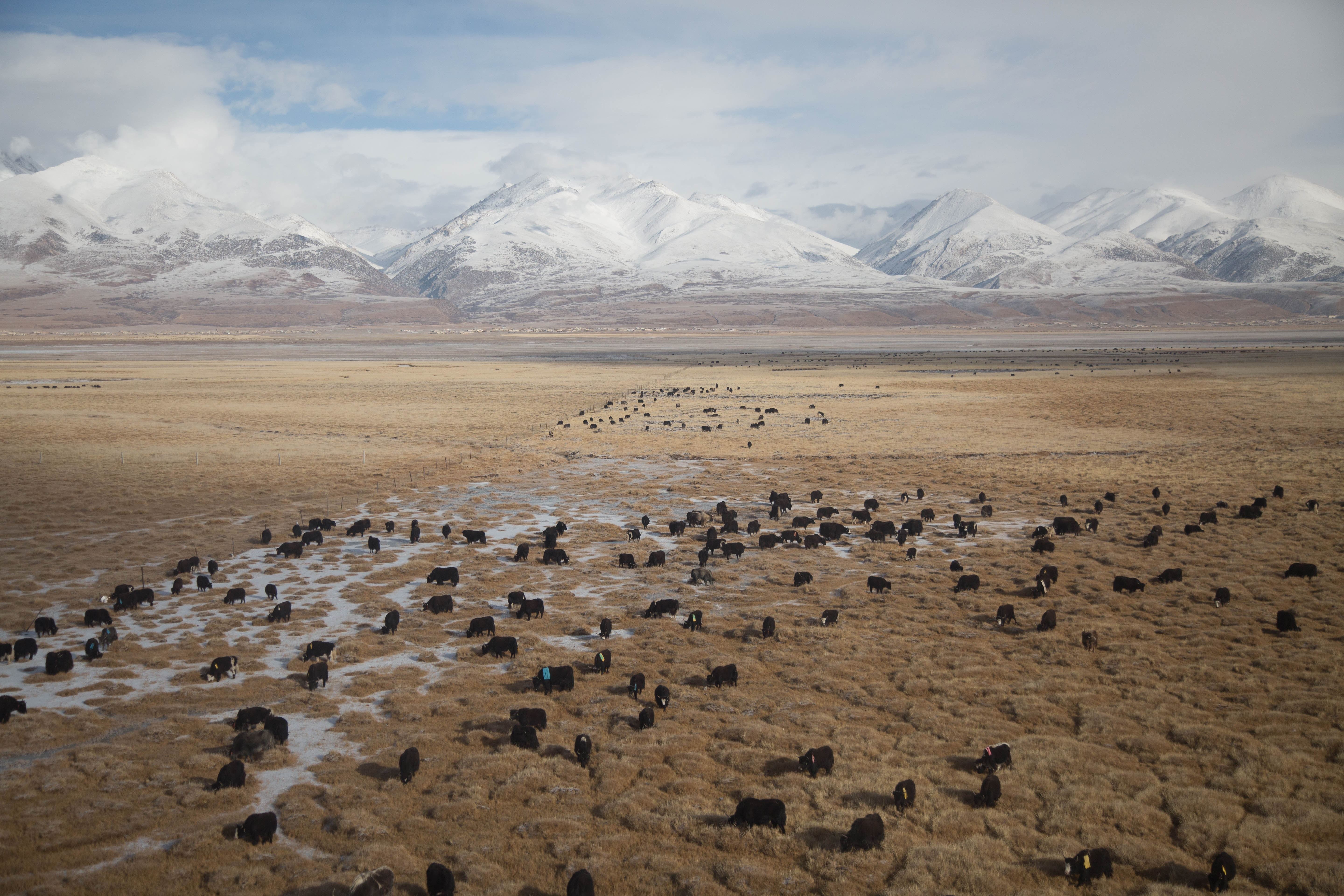 The great drying out

The Zoigê plateau covers 27,000 square kilometres, much of it consisting of peat bogs up to 10 metres thick. The bogs provide grazing for millions of yak, and are vital to the nation’s hydrology. They sit at the head of China’s two biggest rivers, the Yangtze and the Yellow River. In the dry season, 45% of the water in the Yellow River’s upper reaches comes from the plateau’s peat.

This great natural reservoir was threatened during the 1960s and 1970s, when cadres attempted to boost the plateau’s capacity for livestock by digging more than 700 kilometres of drains to dry out the wetter pastures. They lowered water levels across almost 50% of the boggy plateau’s peatlands.

The drains unleashed an ecological crisis. As water levels fell, lush grasses turned to dry scrub and water rushing into the drains caused unprecedented erosion. Of the plateau’s 17 lakes, six dried out entirely. The boggy sponge that had provided a constant supply of water into the Yellow River delivered more peak flow but less of the critical dry-season flow, threatening water supplies in China’s northern breadbasket all the way to the ocean.

Fearing a hydrological disaster, and encouraged by outside conservation groups such as the Dutch-based Wetlands International, Beijing stepped in. In 1999, the government banned further drainage and created five nature reserves on the plateau, include the Zoigê National Nature Reserve. From 2004, it began plugging up the drains, gradually turning the Zoigê plateau into the scene of one of the world’s largest wetland restoration projects, with some 64 square kilometres of plateau rewetted, says Gu Haijun of Sichuan Wetlands Management Centre in Chengdu, who oversaw much of it.

My tour of the plateau in January saw many successfully restored areas. The small dams were often all but submerged by new peat and knee-high vegetation. The plateau’s largest water body, Lake Hua, had doubled its surface area to 6.9 square kilometres.

On the lake’s shore, Ruke, a Tibetan who for 11 years had superintended the lake for the national nature reserve, said its revival had triggered a resurgence of birdlife in an area increasingly seen as a summer tourist attraction. Most excitingly, he said, the 200-plus bird species that congregated near the lake in summer included a tenth of the world population of black-necked cranes. 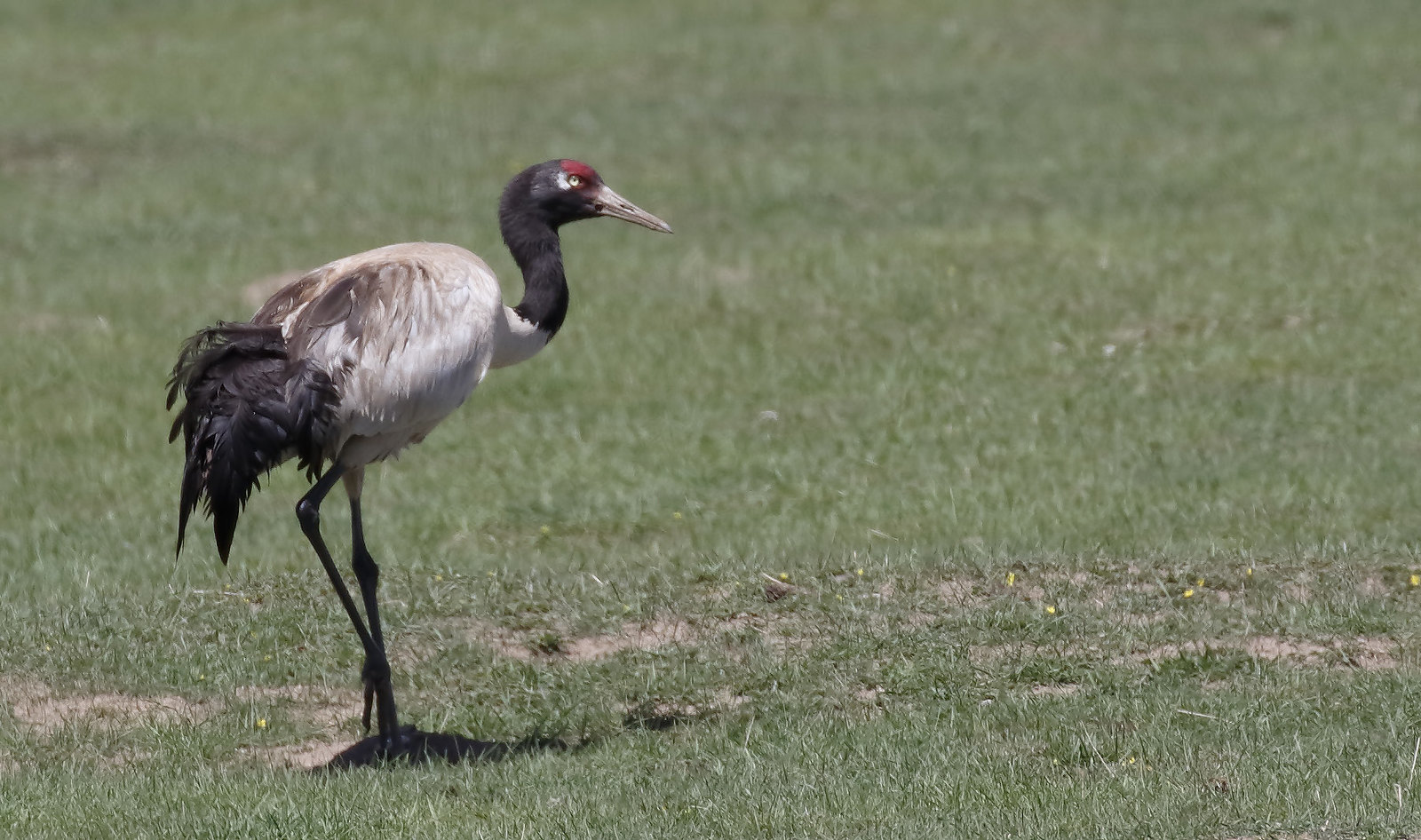 Protecting the thousand nesting pairs was Ruke’s main task. They have become the symbol of conservation in the area. Buildings in local towns are decorated with almost as many images of the birds as of the more traditional local icons of nature’s bounty, yak horns.

While the recovery continues, the staff at the national nature reserve say full restoration of Zoigê will require more than plugging the drains. Despite the improvements to their grazing grounds, everyone agrees that there are too many yaks – four times as many as half a century ago.

How many is too many? “It depends who you ask,” says Gu.

Some conservationists would like to remove them all. “The original idea at the reserve was to totally stop grazing, to protect its biodiversity,” said Yong-Xiu, the deputy director at the national nature reserve. But now there are second thoughts. A three-year-old experiment with banning all grazing from a 200-hectare enclosure suggests that might not be the right solution.

The fenced-off area looks magnificent. Even in the midst of winter, tall grasses such as Dahurian wildrye, are everywhere. But the tall grasses are crowding out shorter grasses, herbs and the sedges favoured by black-necked cranes for nesting. “We need the yaks to maintain the biodiversity,” concludes Yong-Xiu.

Foreign wetland ecologists agree. Hans Joosten of Greifswald University in Germany says there is no going back to a pre-yak ecosystem. The boggy grasslands have been changed irrevocably by thousands of years of yak grazing and trampling. The result is “a new landscape that is recognized as a beautiful natural and cultural heritage… one of the most impressive open landscapes in the world”.

‘The yak is life for the Tibetans’

There are currently more than ten yak and sheep per hectare on the reserve, several times the estimated carrying capacity. How much this should be reduced by remains an open question. Ecology might not be the only deciding factor, said Yong-Xiu. Culture matters too.

“The yak is life for the Tibetans,” she said. “It has always provided everything. The yak horn is a symbol of our identity and is revered in our Buddhist religion. Yaks bring status. They are still seen as an indication of a person’s wealth.” 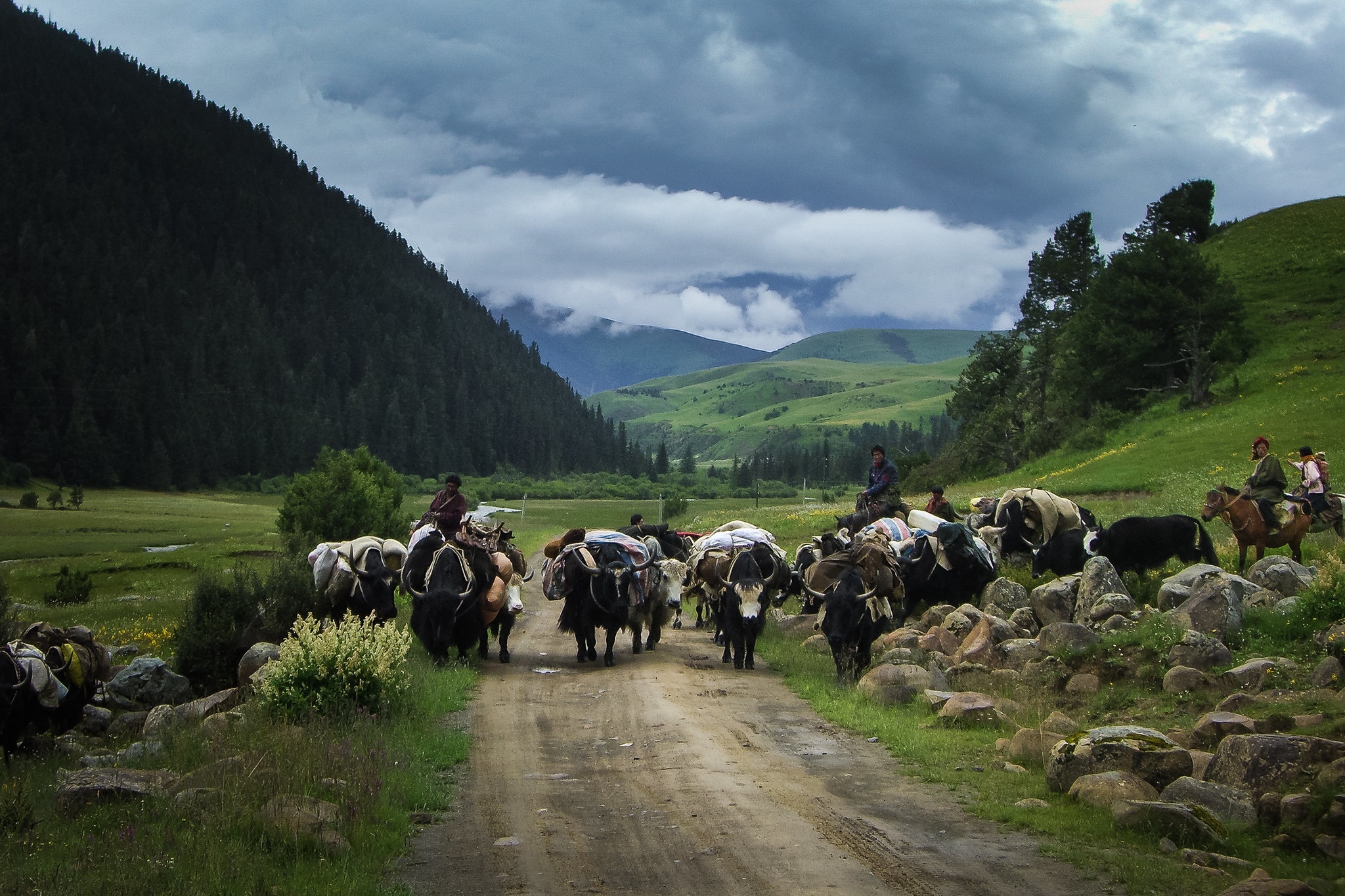 Local authorities on the plateau want to introduce other livelihoods for herders. One is tourism. Hongyuan county has a big visitors’ centre and runs a yak music festival each August. The area also exploits its history as an important stopping off point during the Long March in 1935. Visitors can take a boardwalk over the Waqie wetland, following the “Red Army’s Long March Experience Avenue”. Over the road, the county provides stalls where herders sell tourists anything from yak milk to horse rides.

Herders are also being offered employment as conservation rangers. Hongyuan employs more than a thousand to scour the grasslands for intruders, maintain fences and look after wildlife. The nature reserves are doing the same thing.

I met one ranger. Shangte was every inch a man of the plateau, wrapped in traditional Tibetan garb against the cold, including double-length jacket sleeves that almost dangle to the ground, keeping hands warm without gloves. He still kept his family herd of 50 yaks, he said, but spoke also of his love of the wildlife under his charge: the Tibetan gazelles, young wolves playing in the grass, and the six pairs of cranes down by “his” stream.

There is no going back to the old days on the plateau. Most herders today tend their animals from motorbikes rather than horses, and live in houses on the edge of towns rather than in tents. Their children attend schools and many go to university.

Market forces are part of their daily lives, too. Yaks are profitable. A healthy four-year-old for slaughter fetches around US$750. Chinese urbanites enjoy lean yak meat, as well as dairy products such as yoghurt. They are seen as green and organic.

Yong-Xiu believes the way to restore the peatlands is to sustain and adapt Tibetan culture and traditions. “We need a balance between conservation and livelihoods, and the herders know best how to achieve that balance,” she said. Herders are underlining her faith, says Yale anthropologist, Gao Yufang, who has been researching rangeland management in the region.

When the government privatised the country’s farming collectives in the 1980s, grazing rights on the Zoigê grasslands were given to individual herder families. They turned the formerly open grasslands into a maze of fenced pastures. But that has proved to be bad news for the grassland. Collective methods of optimising use of the grasses have been lost, said Gao.

Often, driving across the plateau, I saw fences dividing badly overgrazed areas from adjacent fields of lush ungrazed grass. It made no sense for either the environment or herders.

The herders have recognised the problem. I met several who had pooled their herds and torn down the fences between them. Some government officials were now giving their support, said Gao.

As I left the plateau, the bitter Tibetan wind was intensifying. Near Tangke, a holy site overlooking the Yellow River, yaks were kicking up dust, while close by others were slipping on ice in search of grasses. It was a strange contrast, in a land where abundant water and the spread of deserts persist side by side.