The Batang Toru rainforest in Indonesia teems with rare life. Sun bears, pangolins, tapirs and tigers have roamed this wild patch of North Sumatra for millennia. Meanwhile the rarest great ape on Earth, the Tapanuli orangutan, has lived quietly in the trees above them.

A hydropower project in the forest, part funded by the Bank of China, is now putting the roughly 800 surviving Tapanuli orangutans at serious risk. Activists made their opposition heard on March 1 outside branches of the bank in cities including Jakarta, New York, Hong Kong, Manila and Johannesburg. On March 4, a court in North Sumatra rejected a legal challenge by the Indonesian Forum for the Environment (WALHI) that would have stopped the project. That day the Bank of China released a statement saying it “took note” of the concerns expressed by environmental organisations and “will evaluate the project very carefully.” On March 13, WALHI made its first steps towards appealing the court’s decision.

Primatologists only recognised the Tapanuli orangutan as distinct from the Bornean and Sumatran varieties in 2017. They had noticed that their fur was particularly frizzy and cinnamon-coloured, that the dominant males had prominent moustaches, and the females were bearded.

The Tapanuli orangutans are wary of people. Yet tree-felling for the hydropower plant has already pushed some into parts of the forest inhabited by humans. In the canopies above their villages, farmers have spotted the distinctive nests orangutans build for sleeping, said Wiratno, director general of natural resources and ecosystems conservation at the Ministry of Environment and Forestry.

Fragmentation may be the undoing of the Tapanuli orangutan. Already split into three populations, only one of these – at 500 strong – is thought to be sufficiently large and genetically diverse to sustain itself. A very slow reproduction rate makes the species particularly vulnerable. Females start breeding at the age of 15 and then give birth to one or (more rarely) two offspring only every eight or nine years. Researchers, who started studying these great apes in 2005, have tried to link up the three groups but without success.

The hydropower plant will require the installation of high-voltage electricity lines and a network of access roads. To an exclusively tree-dwelling species a road is an impenetrable wall. To Indonesian hunters and settlers, it is an invitation. 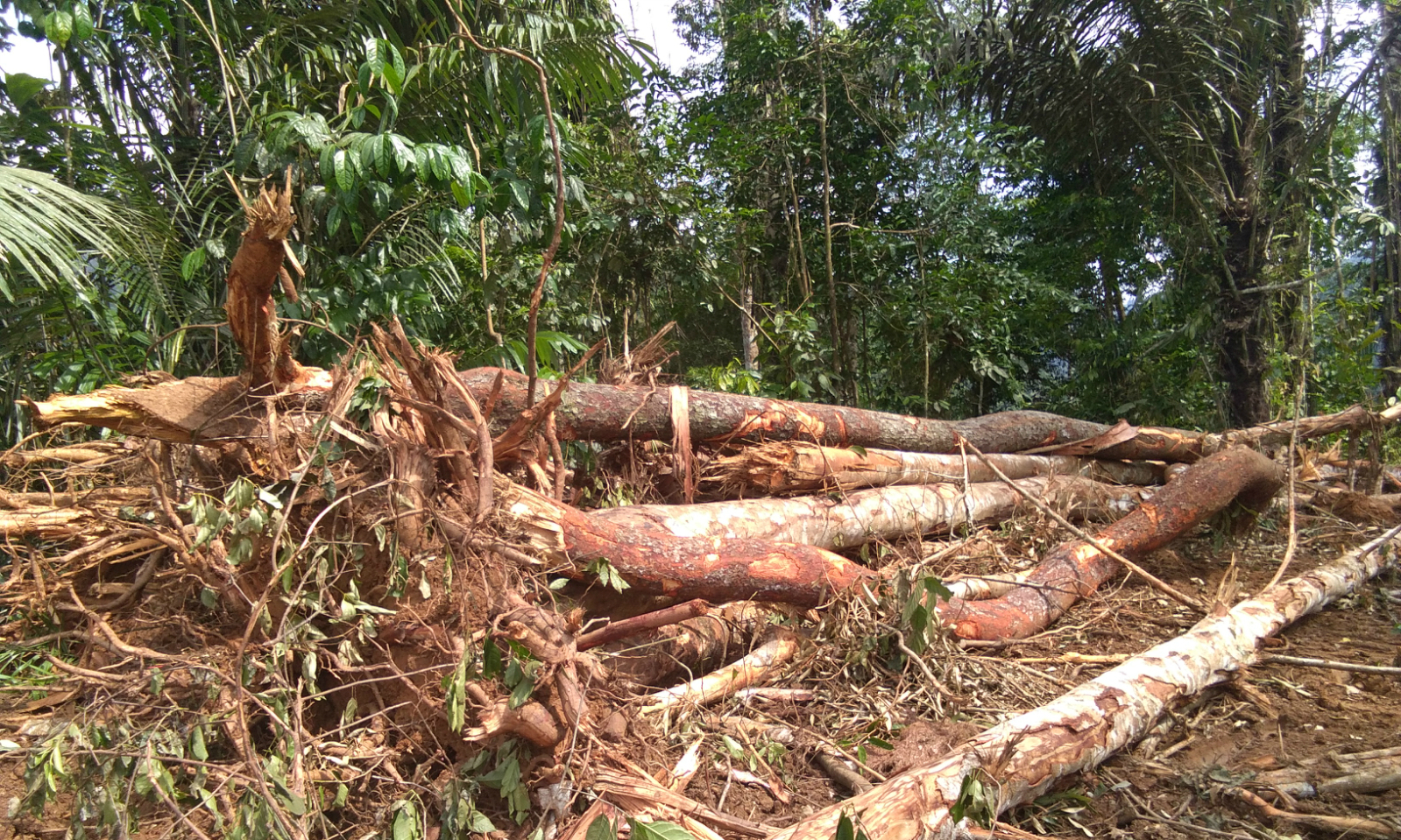 Indonesian firm PT North Sumatra Hydro Energy is building the hydropower plant with Chinese state-owned enterprise Sinohydro, architect of the enormous Three Gorges Dam. The Bank of China and Sinosure, a Chinese state-owned insurer, are backing the project, which is set to cost US$1.6 billion.

The dam is part of China’s Belt and Road Initiative to build roads, railways and ports, as well as energy infrastructure. This will affect some of the most biodiverse parts of the planet. Professor William Laurance, director of the Centre for Tropical Environmental and Sustainability Science at James Cook University has called the initiative “the riskiest environmental project in history”.

The World Bank declined to offer funding because of concerns about the environmental consequences. But the two Chinese corporations and their Indonesian partners are pushing hard for its completion. It is set to be fully operational by 2022, when its four turbines will generate 510 megawatts.

The legal challenge from the Indonesian Forum for the Environment (WALHI) to PT North Sumatra Hydro Energy claims its environmental impact assessment failed to consider endangered species or communities downstream and the potential for ecological disasters. However, a court in North Sumatra ruled in early March that the dam could go ahead.

Dana Prima Tarigan, executive director of the North Sumatra branch of WALHI, has begun the process of appealing the ruling. He believes the judges have not considered their arguments or evidence.

“We submitted 53 pieces of documentary evidence to the judges and 13 independent witnesses at the trial, but none of these were taken into consideration by the panel of judges in giving a decision.”

When chinadialogue interviewed Zulfitri Siregar, better known as Ghayani, in December, he was sitting outside his small house in the village of Hapesong Baru. It was raining and he was nervous that the Batang Toru River would burst its banks and inundate his home and fish farm.

Just a month earlier, flooding had filled his house a metre deep. Ghayani suspected that forest clearing for the hydropower plant had contributed to the flash flood. He had seen timber floating down the river that runs just 200 metres from his house.

“Such large logs cannot be carried away by the river unless someone cuts them down first,” he said.

Ghayani gave testimony in the Walhi lawsuit against PT North Sumatra Hydro Energy in November. He argued that the company had failed to consult the public as part of its impact assessment. Local communities had not been informed about the potential effects of the project. Some did not even know a dam was being constructed.

The dam is being designed to block water for 18 hours a day and release it when electricity demand peaks, between 6pm and midnight. This daily surge will flood areas downstream, including 12 square kilometres of farmland. One hundred thousand people who rely on the river for fishing and agriculture are likely to be affected.

“A big disaster will threaten us every day,” fears Ghayani. 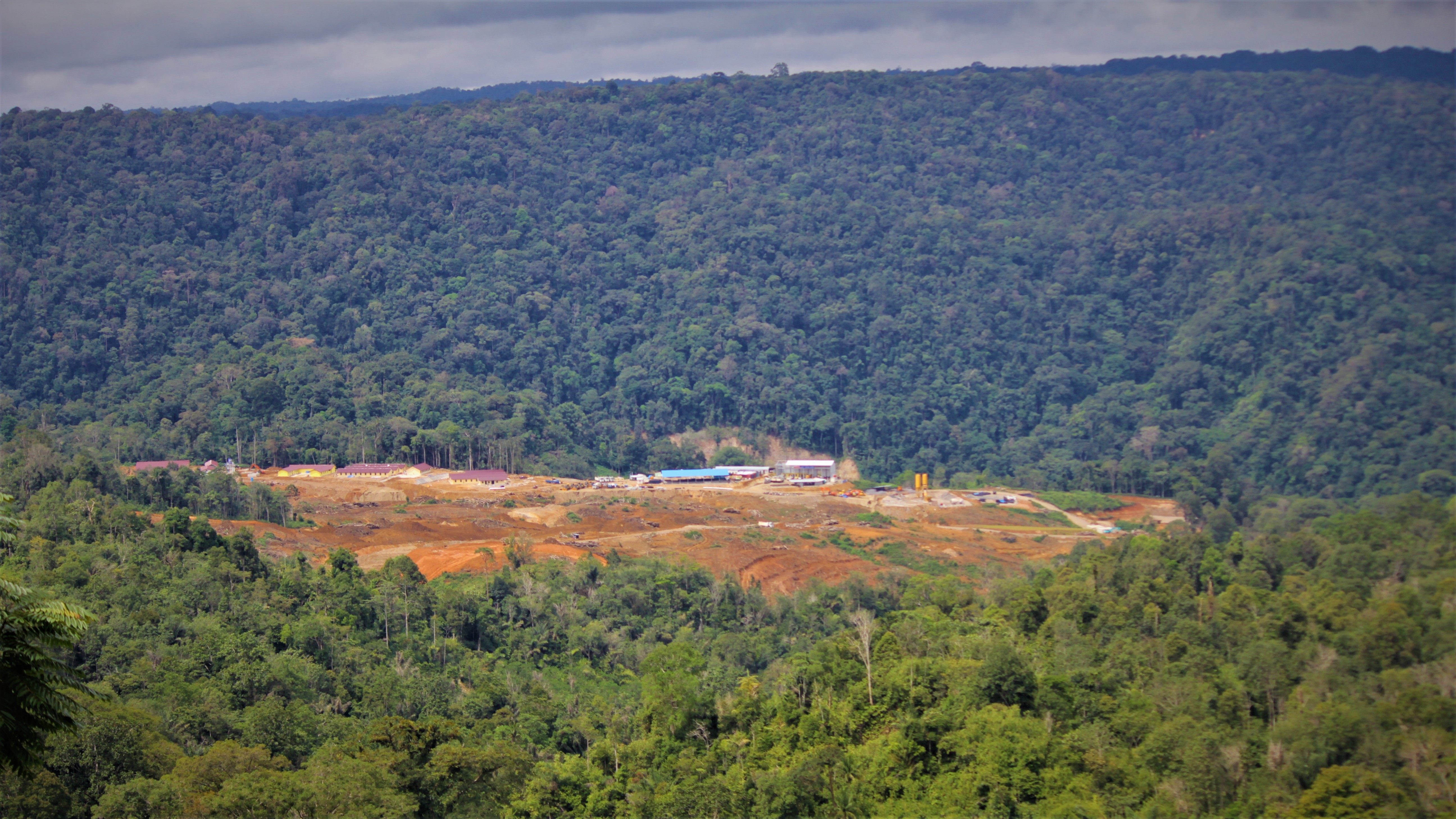 The dam will also be situated in an area prone to earthquakes. A collapse would risk the release of 3.5 million cubic metres of water, causing severe damage downstream. The impact assessment does not consider this risk.

“The impact study is incomplete. There must be studies on how to avoid the risks that might arise from an earthquake,” said Jaya Arjuna, an environmental researcher at the University of North Sumatra. “Earthquakes regularly hit the site of the project and its surroundings. The land in the region is unstable.”

Eko Teguh Paripurno, who researches disaster mitigation at the University of National Development in Java, echoed Arjuna’s view. “The impact assessment fails to consider the geological characteristics that might influence and be influenced by the dam.”

He believes that the hydropower plant is going to supply electricity to the mining company PT Agincourt Resources, which will deposit waste sediment in the river, further impacting the riverine ecosystem.

“There is no discussion of a plan for environmental management and monitoring of the project,” claimed Eko.

Wiratno, of the Ministry of Environment and Forestry, wrote a letter to PT North Sumatra Hydro Energy complaining that the company had failed to consider the effects of the project on the Tapanuli orangutan. He asked the company to form a team to ensure that no orangutans are nearby during construction, to designate and protect a wildlife corridor along which the great apes can safely travel between the eastern block of their habitat and the western block, and to plant fruit trees to nourish them.

But Jaya Arjuna does not believe that such measures would be enough. As their rice fields and fish farms are submerged, locals will penetrate the forest in search of resources, encroaching further on the orangutan habitat.

Scientists have called on the Indonesian government to put an immediate halt to construction, to protect and properly demarcate the primary forest inhabited by the Tapanuli orangutan, and to employ guards to prevent logging and poaching.

Arfah Nasution, a primatologist specialising in the Tapanuli orangutan at the University of North Sumatra wants the forest to be reclassified from “other use area” to a conservation forest, which would protect it from development. He said, “This species requires extensive forest blocks to explore, forage and reproduce.” Like Wiratno he suggested that wildlife corridors are needed, as well as areas of buffer forest.

Onrizal, a forestry researcher from the University of North Sumatra, argues that the hydropower project is not essential and that sustainable alternatives could be found.

He has accused PT Global Inter Sistem, which carried out the environmental impact assessment on behalf of PT North Sumatra Hydro Energy, of forging his signature on a document that was submitted to the authorities. Onrizal conducted biodiversity research on the forest but references he made to the Tapanuli orangutan, Sumatran tiger and other protected species were later removed.

Jatna Supriatna, a primatologist at the University of Indonesia, suggested that the country has a responsibility to protect the forest home of the Tapanuli orangutan and other endangered species, like the Sumatran tiger. With fewer than 800 individuals, the loss of the species would be tragic and hugely embarrassing to Indonesia and China.

Responding to an email from chinadialogue, PT North Sumatra Hydro Energy said it had conducted studies in the downstream region in 2016 and at the end of 2018, and had sent the results to the authorities. It had reviewed the impact of the project on orangutans, and collaborated with the Natural Resources Conservation Center to carry out monitoring and mitigation measures, it added.

Will China decide the future of Myanmar’s rivers?