With fewer than 4,000 wild tigers remaining across Asia and approximately 30,000 rhinos in Asia and Africa, government leaders must do everything possible to end poaching and trafficking.

There is room for considerable improvement to efforts to collaborate more effectively and disrupt the transnational criminal networks responsible for illegal trade. But the worst thing that consumer countries can do is stimulate demand by running parallel legal markets for parts and derivatives of tigers and rhinos, including from captive specimens.

Tragically, with one ill-advised decision by the State Council in early October, endorsing the use of farmed tiger bone and rhino horn in medicine, China’s reputation as a conservation leader was seriously tarnished.

A subsequent announcement on 12 November suggested a delay in the preparation of regulations to implement the October decision, but it does not reverse it. It is just a postponement, which only appears in English language media.

The current situation continues to play into the hands of a handful of businessmen who are stockpiling tiger and rhino parts for profit.

China banned the domestic trade in ivory in January. This decision recognised that the parallel legal market for ivory and its licensing system was both perpetuating demand and creating a means to launder blood ivory. The move was hailed globally as a positive step and a sign that China was willing to act to end the slaughter of elephants.

Asia’s endangered tigers and rhinos and Africa’s rhinos are not being given the same protection. In 1993, recognising that demand for tiger bone and rhino horn used in traditional medicine was pushing these species towards extinction, China’s State Council issued an order prohibiting the “the use, manufacture, sale, import and export of medicines derived from tiger bone and rhino horn and products claiming to contain these”. 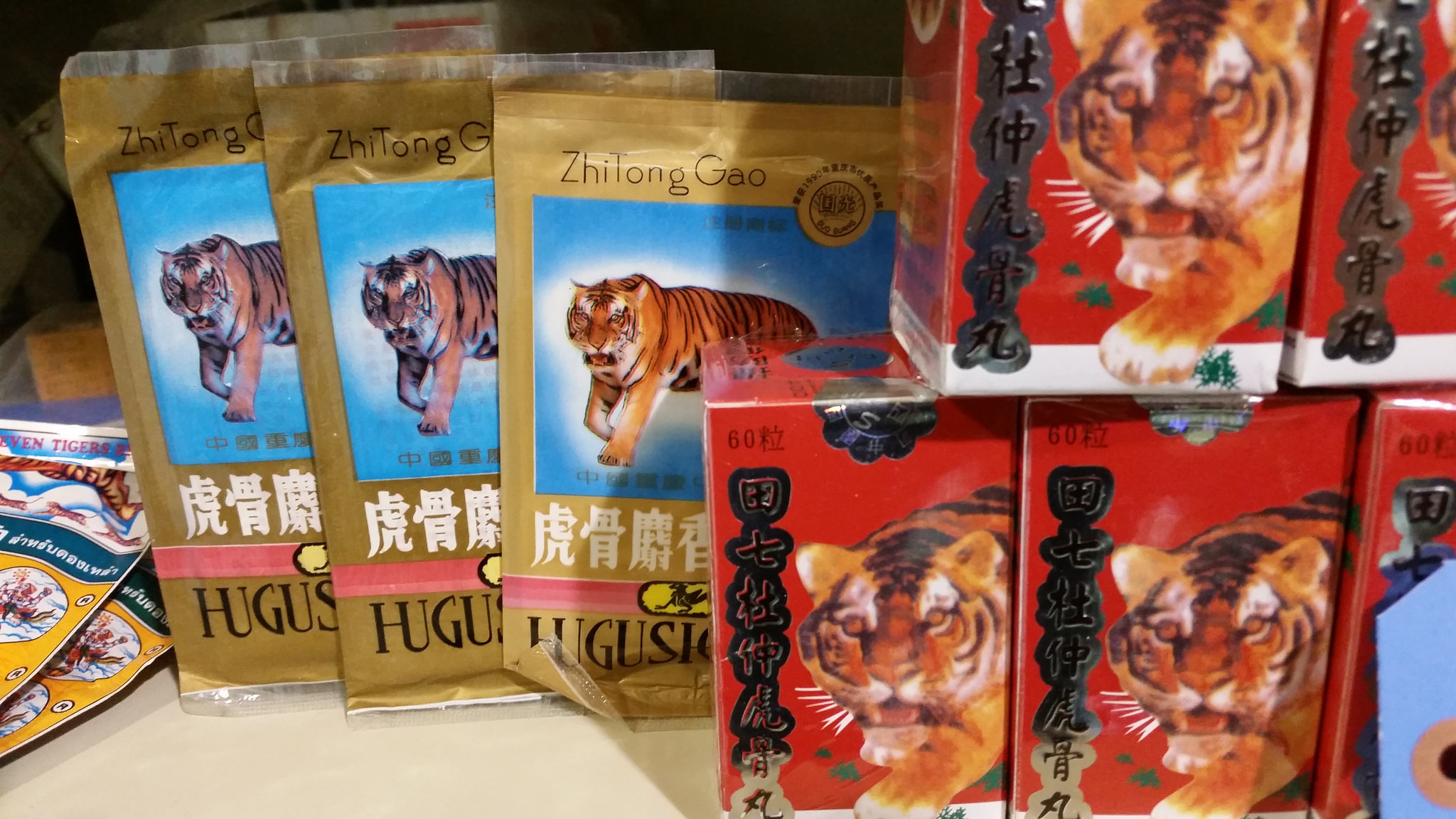 However, a small group of tiger farm owners, two of whom benefited from considerable government investment, made the business decision to continue breeding tigers despite the 1993 prohibition. By 2005, these businessmen were sitting on a stockpile of tiger carcasses and were lobbying the government to re-open domestic tiger trade.

There was widespread alarm at the prospect of that happening and in 2007 countries which still had tiger populations that were being poached for their skins, bones, teeth and claws led calls for renewed commitments to eliminate demand for tiger parts and products. At the 14th Conference of the Parties to the Convention on International Trade in Endangered Species (CITES), governments decided that tigers should not be bred for trade in their parts and derivatives and that tiger farms should be phased out.

In adopting the language of the decision, they specifically voted for trade in this context to include domestic trade as well as international.

China has ignored this decision. Government officials in what was formerly the State Forest Administration were sympathetic to the tiger farm owners and established a licensing and marking system allowing the sale of farmed tiger skins; skins being exempt from the 1993 State Council order. As the number of tigers on farms grew in China from 21 in 1987 to more than 5,000 today, wild populations continued to decline and, to this day, China’s own wild population has still not recovered, numbering fewer than 30 animals.

In 2012, the Environmental Investigation Agency (EIA) documented how farmed tiger skins were being offered commercially to private buyers and licensed taxidermists disclosed how they used loopholes in the system to launder illegally acquired specimens and move not just skins but also bones into the market.

When EIA exposed the domestic trade in tiger parts in China in 2013, the government denied everything – but the cat was out of the bag and Chinese journalists were uncovering how unruly the taxidermy industry had become. In 2014, the government finally admitted that it allowed trade in skins but continued to deny any use of tiger bone. 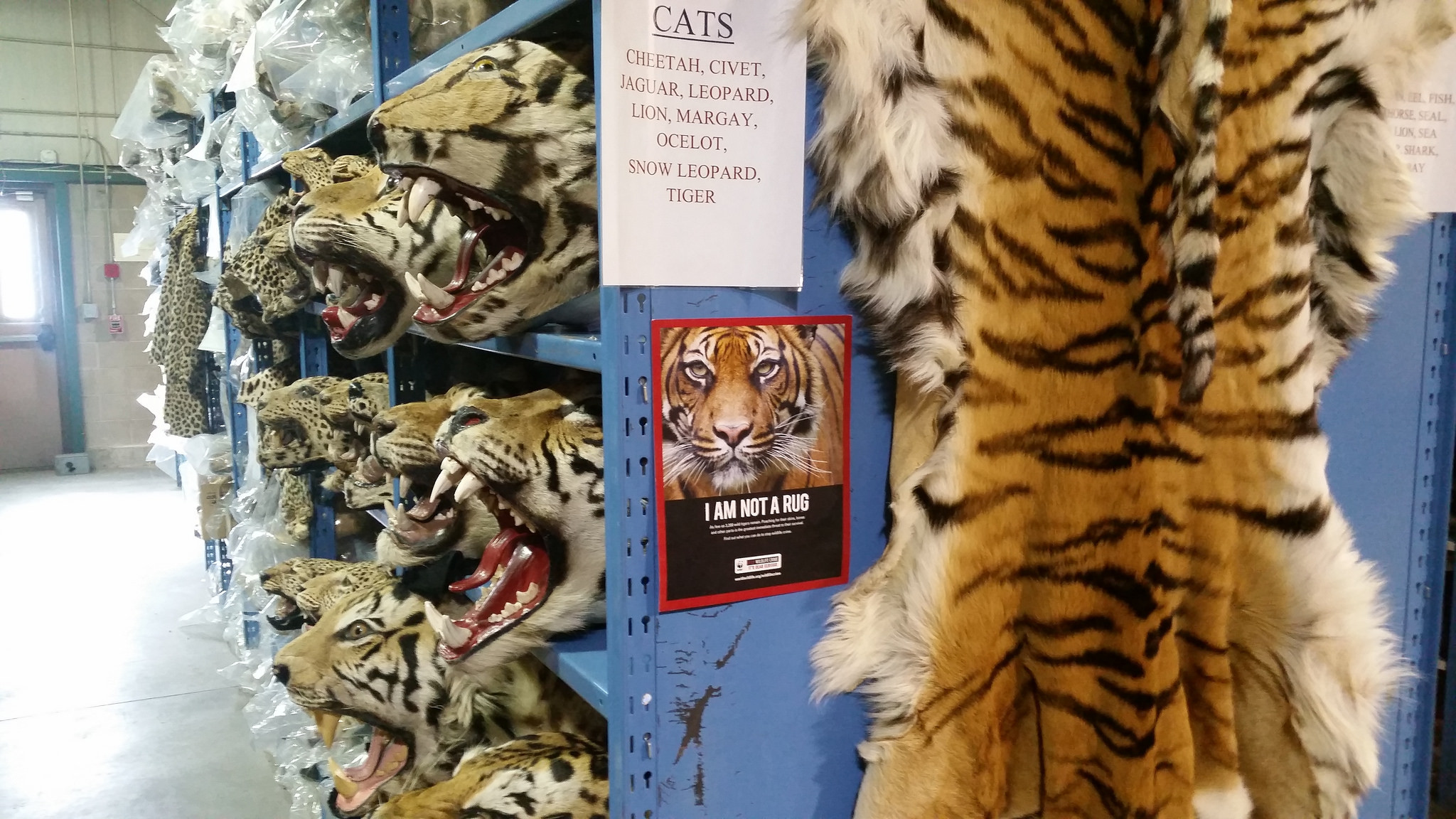 The October decision undermines CITES resolutions and decisions calling for an end to tiger farming and trade in captive tiger specimens. It also undermines China’s commitment to the principles of avoiding transboundary harm enshrined in the Convention on Biological Diversity, the Conference of Parties which it will be host in 2020, putting at risk the efforts of neighbouring tiger range countries such as India, Nepal and Russia. It calls into question China’s commitment to the London Conference on Illegal Wildlife Trade to eradicate markets for species such as tigers and rhinos.

At home, it undermines the efforts of the traditional medicine community who have urged members not to use tiger bone and other endangered species, a community which has helped spread the positive aspects of traditional Chinese medicine to more than 50 countries.

It is not too late for the Chinese leadership to ensure a new State Council order is issued to supersede the one of 6 October, permanently banning the use and sale of all tiger and rhino parts and derivatives, including from captive-bred specimens, and so reinstate China’s reputation as an emerging global conservation leader.