To save the endangered Siberian (Amur) tiger and Amur leopard, China is planning a new 14,600 square kilometre national park by 2020 on its border with Russia.

Stretching across an area nine times the size of Greater London, and 60% larger than Yellowstone Park, the national park will include territory from Jilin and Heilongjiang provinces. To make way for the park Jilin has abandoned plans for a new expressway and changed the route of a high-speed rail line.

The national park is a response to a population crisis threatening the two big cats. Human encroachment and the loss and degradation of habitat are believed to be responsible for the fall in numbers of the Siberian tiger, which is the largest of all the big cats, reaching 300 kilogrammes.

According to the International Union for the Conservation of Nature (IUCN), less than 500 Siberian tigers survive in the wild, while in 2007 the population of wild Amur leopards fell to less than 20.

The Siberian tiger is classed as endangered by the IUCN, and the Amur leopard as critically endangered.

The last remaining habitat for the survivors is the forest stretching across southern Russia and northeastern China’s borderland. However, prior to 2015 there was no reliable data for big cat numbers in China’s north-east. 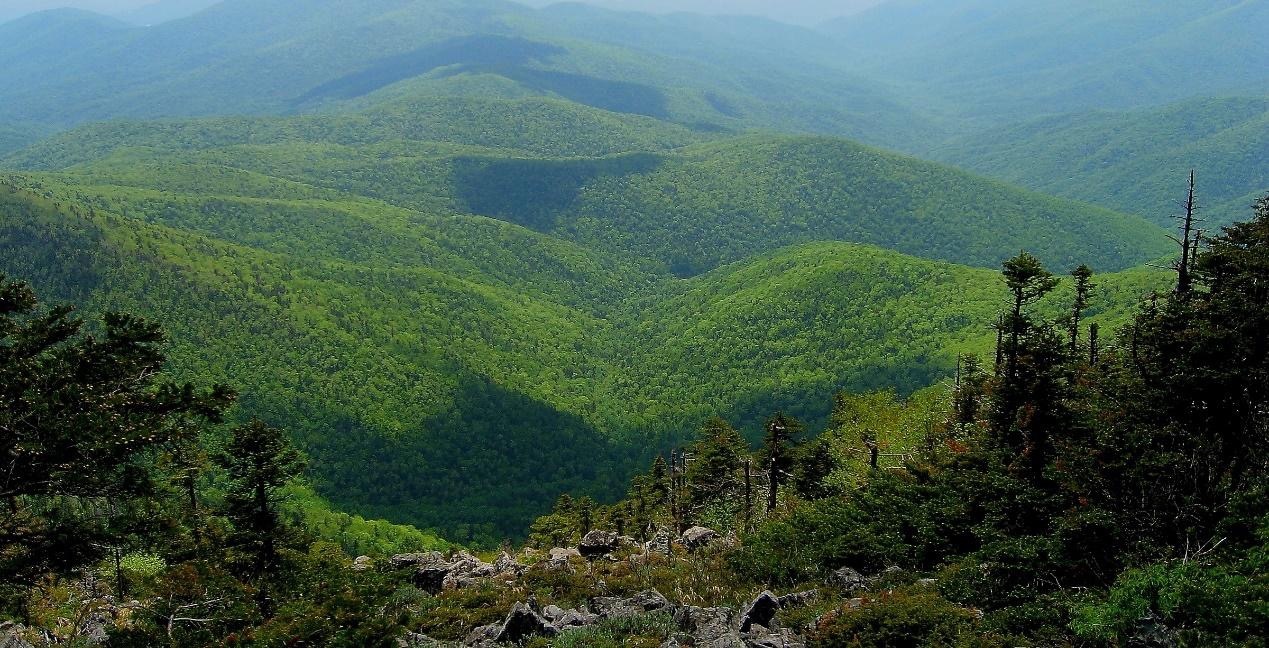 A team of big cat researchers from Beijing Normal University, led by professor Ge Jianping, have worked to provide a clearer picture on numbers. After a decade of field surveys, including recording data from thousands of infrared cameras, they estimate that between 2012 and 2014 at least 27 Siberian tigers and 42 Amur leopards were active within China’s borders.

That discovery prompted the Chinese government to formulate plans to protect their habitats. This includes a new national park, which will be five times the size of all China’s existing big cat reserves in the north-east combined, and new bodies to manage it. Scientific research had successfully guided conservation policy.

But is there much difference between the new national park and the existing big cat reserves? Can it stop humans and the big cats coming into conflict? And can the plight of these big cats be turned around?

We met with Feng Limin, deputy director of the Amur Tiger and Amur Leopard Monitoring and Research Centre at the State Forestry Administration, and also a member of the Beijing Normal University research team responsible for field studies. 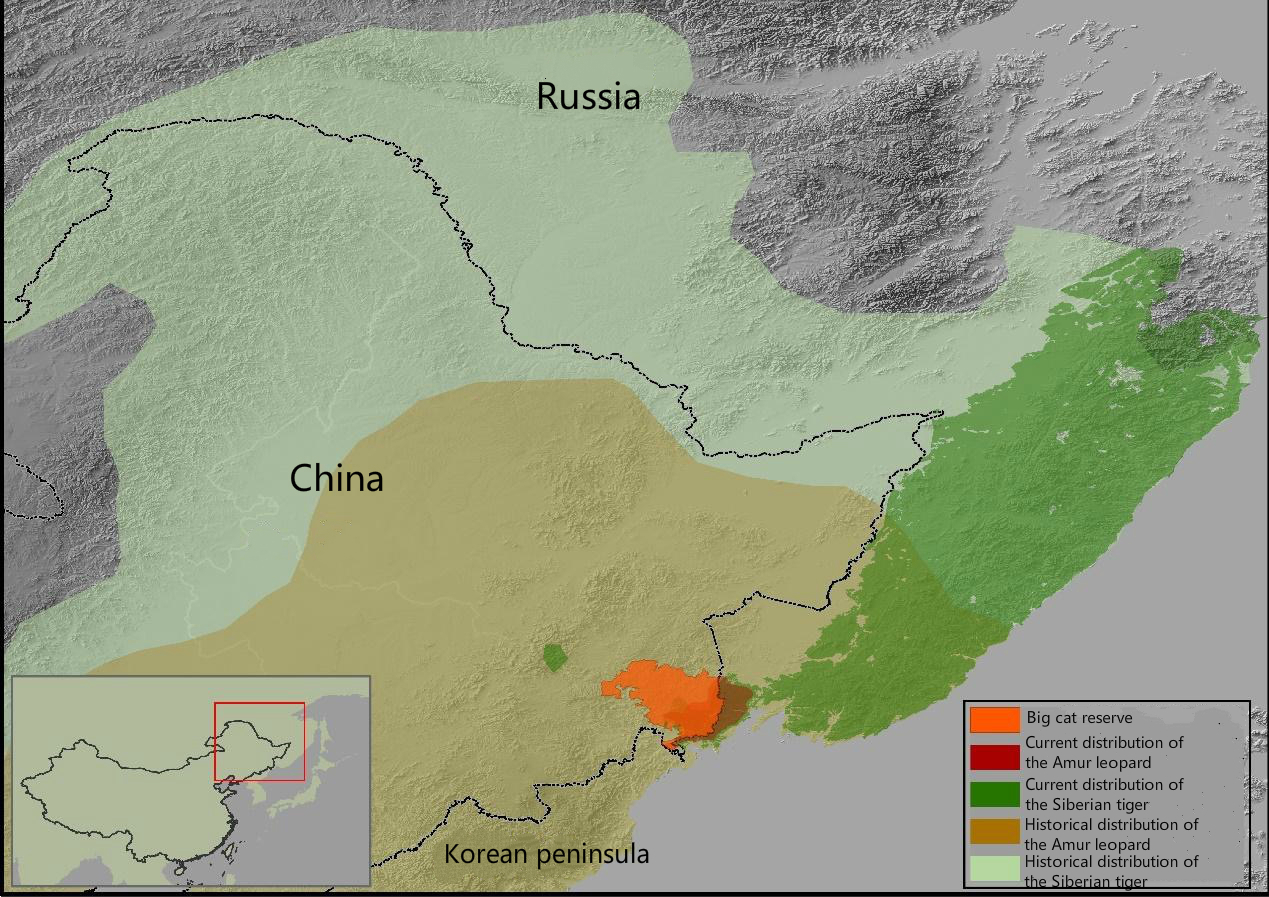 chinadialogue (CD): China has already set up a number of tiger reserves and has banned commercial felling in the forests of the north-east. Why do these big cats need a new national park?

Feng Limin (FLM): Our research data shows that China’s only breeding populations of the Siberian tiger and Amur leopard are along the Russian border in Jilin and in surrounding areas, an area of only several thousand square kilometres.

China has set up reserves where the big cats are active – Hunchun, Wangqing and Laoyeling – but these are small and isolated. Add them up and they total only 3,000 square kilometres, not enough to support the long term survival of a big cat population or to keep important ecosystems intact.

The wholesale ban on commercial felling in the north-east has brought the prospect of a recovery both of the big cats and the ecosystem. But across their habitats there are problems with inadequate management and duplicated responsibilities. To resolve these issues the Big Cat National Park State-Owned Natural Resources Management Bureau and the North-East Big Cat National Park Management Bureau have been set up.

To date the biggest threat to the survival of the big cats of the north-east has been human encroachment – activities such as the felling of forests, commercial planting, trapping and livestock farming. Resolving livelihood and development issues for the local population and economic issues within the park is crucial to success. 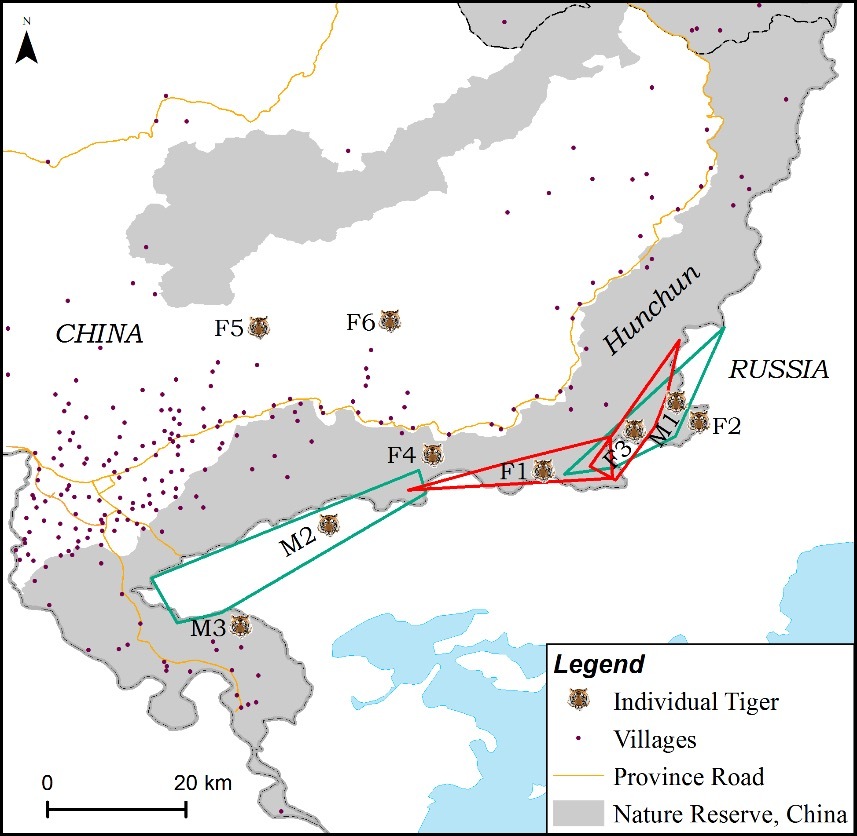 Activity of Siberian tigers in the Hunchun Nature Reserve between 2013 and 2015, from a DNA survey of tiger scat. The green and red boxes indicate areas of activity, the black dots human settlements. Source: Dou Hailong, et al, 2016, PLOS One.

CD: Nobody’s sure how many big cats live in China’s forests but that kind of data is essential for conservation policy. How was your team able to estimate population sizes?

FLM: When our team was formed we had a very clear goal: to answer three basic questions. Does China’s north-east still have a wild population of these big cats? Are they actually settled in China with populations that could be expanded? And can we come up with a plan for their recovery?

To answer the questions, we set out a network of over 3,000 infrared cameras on a 3.6 kilometre grid, covering 20,000 square kilometres. Those captured over 5,000 images and videos of Siberian tigers and Amur leopards and we concluded based on the unique stripe or rosette pattern on every tiger or leopard that between 2012 and 2014 there were at least 27 Siberian tigers and 42 Amur leopards active in Chinese territory.

CD: How did the Siberian tiger and Amur leopard reach endangered and critically endangered status?

FLM: The fate of the big cats in the north-east is closely tied up with changes in their environment. Over the past century, the north-east of China, and indeed north-east Asia, has seen human encroachment and the ongoing destruction and degradation of forestry, with the big cats losing large areas of habitat and both population and range plummeting. In the 1940s the number of Siberian tigers in the Russian Far East reached its lowest point, in the dozens. The Soviet government put conservation measures in place which saw numbers start to recover within Russian borders.

In 1998 the Chinese government started protecting natural forests and loss of biodiversity slowed. In recent years big cats which had survived in Russia have started to spread into historical habitats, including those in China’s north-east, and recover. This trend has been particularly visible from 2012 onwards. 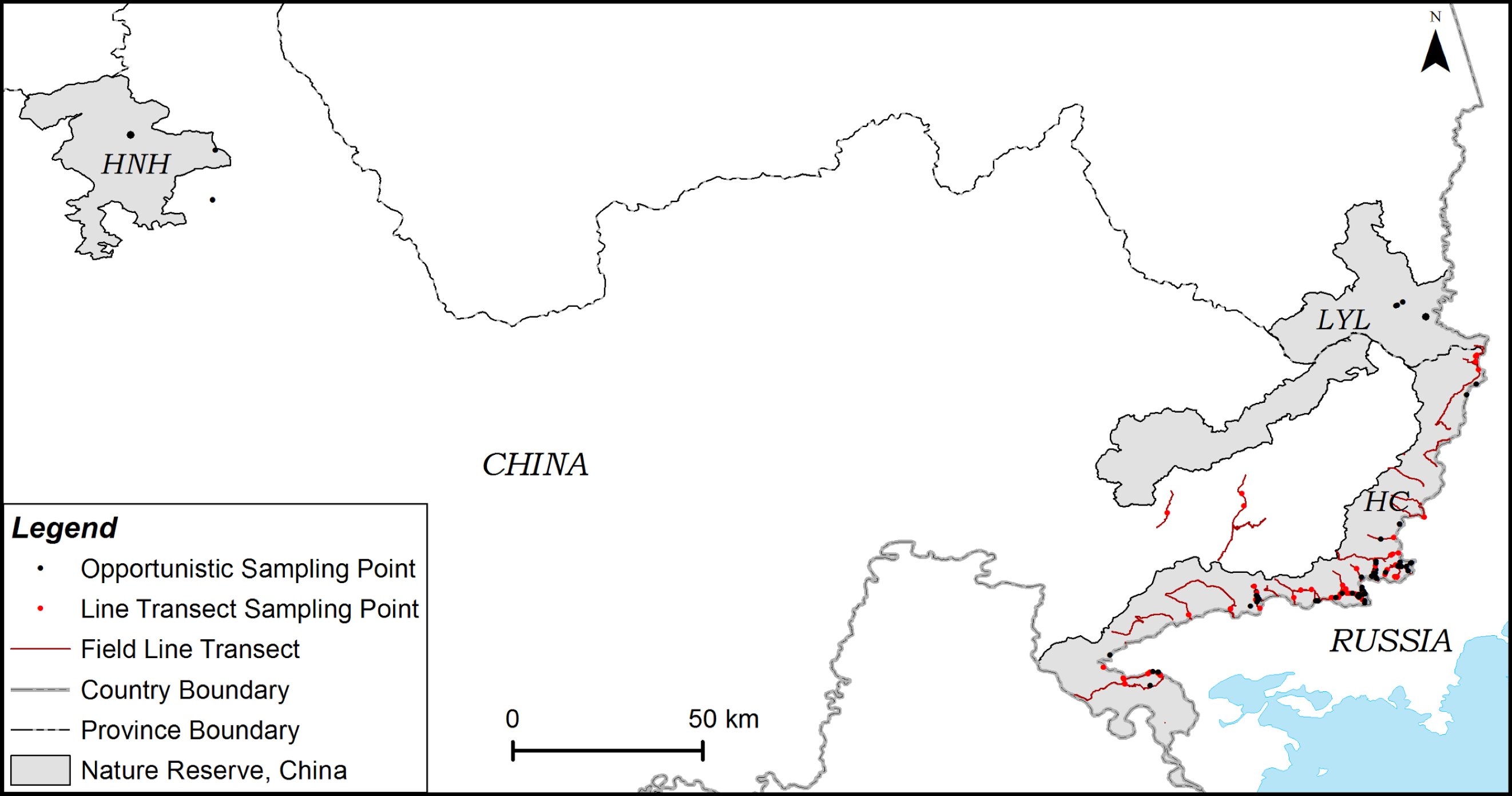 CD: The Amur leopard is less well-known in China than the Siberian tiger. Can you explain what conservation measures are in place for the Amur leopard? What will the new national park mean for this species?

FLM: Historically there have been populations of the Amur leopard, like the Siberian tiger, spread widely across the forests of the north-east. But over the last century the population and range of the Amur leopard reduced sharply, and by the end of the last century scientists generally agreed there was only a small and isolated population of 25 to 34 animals surviving in a small area on the border between the Russian Far East and Jilin. It’s thought the species was for a time extinct in China.

Both China and Russia have made unstinting efforts to protect the Amur leopard. Russia has long monitored, researched and protected populations within its borders, with the 2,600-square kilometre Land of Leopard National Park established to aid that process.

Amur leopards currently survive only in a very small area, but the forests of north-east China offer hope for the survival of the species. The national park is key to its fate. If it can recover fully within the park, numbers may reach as many as 200.

CD: Could tigers raised in captivity be released into the wild? Some conservationists say commercial tiger farming has indirectly exacerbated poaching of wild populations. What’s your view?

FLM: In China, returning captive-bred tigers to the wild isn’t really considered an option for protecting wild populations. I think this approach goes against the principles of tiger conservation research in China and will not achieve the aim of protecting wild tigers. Nor has the Chinese government ever advocated releasing captive-bred tigers into the reserve. There is no cause to worry this might happen.

Some conservationists say that commercial tiger farming has indirectly worsened poaching of wild tigers. First of all, we already know that tiger farming does not contribute to wild tiger conservation. However, I haven’t seen any convincing report on whether tiger farming and poaching are linked, and more research is needed to identify those links. Last but not least, the tiger trade is still officially banned in China, regardless of whether it is captive-bred or wild.

CD: Dale Miquelle, a world authority on Siberian tigers and director of the Wildlife Conservation Society’s Russia Programme in Vladivostok, told Nature magazine that the park “is likely to be one of the great tiger success stories” in a decade or two. What do you think a successful conservation model will look like?

Why China Dialogue is publishing a new series on tiger conservation