Back in 2018, Epiphane Fagbohoun lost nearly all of his sweetcorn harvest due to a dry spell and heatwave that hit Benin’s Plateau department. The unexpected weather wilted his maize plants during their flowering stage. “Having no more income, I had to borrow money to survive,” he said.

Then in 2020, heavy rain in the neighbouring department of Ouémé caused the Ouémé River to burst its banks, wiping out corn crops on 15 of Richard Houeto’s 23 hectares in Avrankou commune. “Two out of three corn farmers were affected in one way or another by the floods in the commune,” he said.

Maize farming is widespread in Benin. According to the 2019 agricultural census, nearly 80% of farmers produce corn. In areas such as Ouémé and Plateau, it is akin to family heritage, with cultivation going back generations.

But for several years now, Benin’s maize farmers have been suffering from the adverse effects of extreme weather exacerbated by climate change.

The situation has caused significant shortfalls for farmers, many of whom have unpaid debts to microfinance institutions.

Nicaise Ganhounouto, a loan officer and head of Alidé, a microfinance agency in Bohicon, said: “To date, no insurance and microfinance structure in Benin covers the climate risks associated with financing the agricultural sector.”

As climate change makes extreme weather more common across West Africa, farmers need to adapt in order to protect both their livelihoods and wider food security.

What is climate adaptation?

The goal is to “future proof” the economy and society, reduce risks related to climate change, and grasp opportunities for positive change that may be involved in the process.

Adaptation is required in all sectors, from agriculture and energy generation, to housing and transportation infrastructure.

It is expected to be a major talking point at this year’s COP27 climate talks, to be held in Egypt from 6–18 November, along with the question of the money to finance it.

Gildas Djohy, researcher in agroclimatology at Benin’s University of Parakou, suggests that corn farmers in Benin can vary sowing dates according to the rains, which now commonly arrive late. They should continue to adopt maize varieties selectively bred to have a shorter harvesting cycle, he adds. Developing wet lowlands for corn cultivation, and co-cropping with soybeans or groundnuts, would make it possible to maximise space, increase income and make the most of the rainy season.

Benin’s international development partners have a major role to play in increasing productivity. Since the 1970s, China has intensified its aid for agricultural development in Benin, through training in cultivation techniques, mechanisation and processing, particularly of maize.

There are a number of China–Benin centres in the country, focussed on areas such as agriculture, health and economic and commercial development. They provide services both for Chinese businesses in the Benin market and Benin companies interested in the Chinese market, and they run trainings for local communities.

In January 2010, one such centre opened in the Sèmè-Kpodji municipality of Ouémé. The China–Benin Agricultural Demonstration Centre was built as part of an agreement, made in 2006 at the 3rd Forum on Africa–China Relations, to establish 14 agricultural demonstration centres across Africa. To build the facility, China’s Ministry of Commerce granted the Benin government CFA Franc 3 billion (about US$6.5 milion at the time). It has since carried out research and training in new cultivation techniques.

Twenty demonstration plots for high-yield maize have been set up by the centre. Farmers are advised to sow seeds individually, in contrast to the traditional Beninese way of three seeds per hole. The traditional way doesn’t produce a great yield, according to Delphin Adoko, a farmer in Adakplamè, Kétou municipality, who trained at the Sèmè-Kpodji centre. 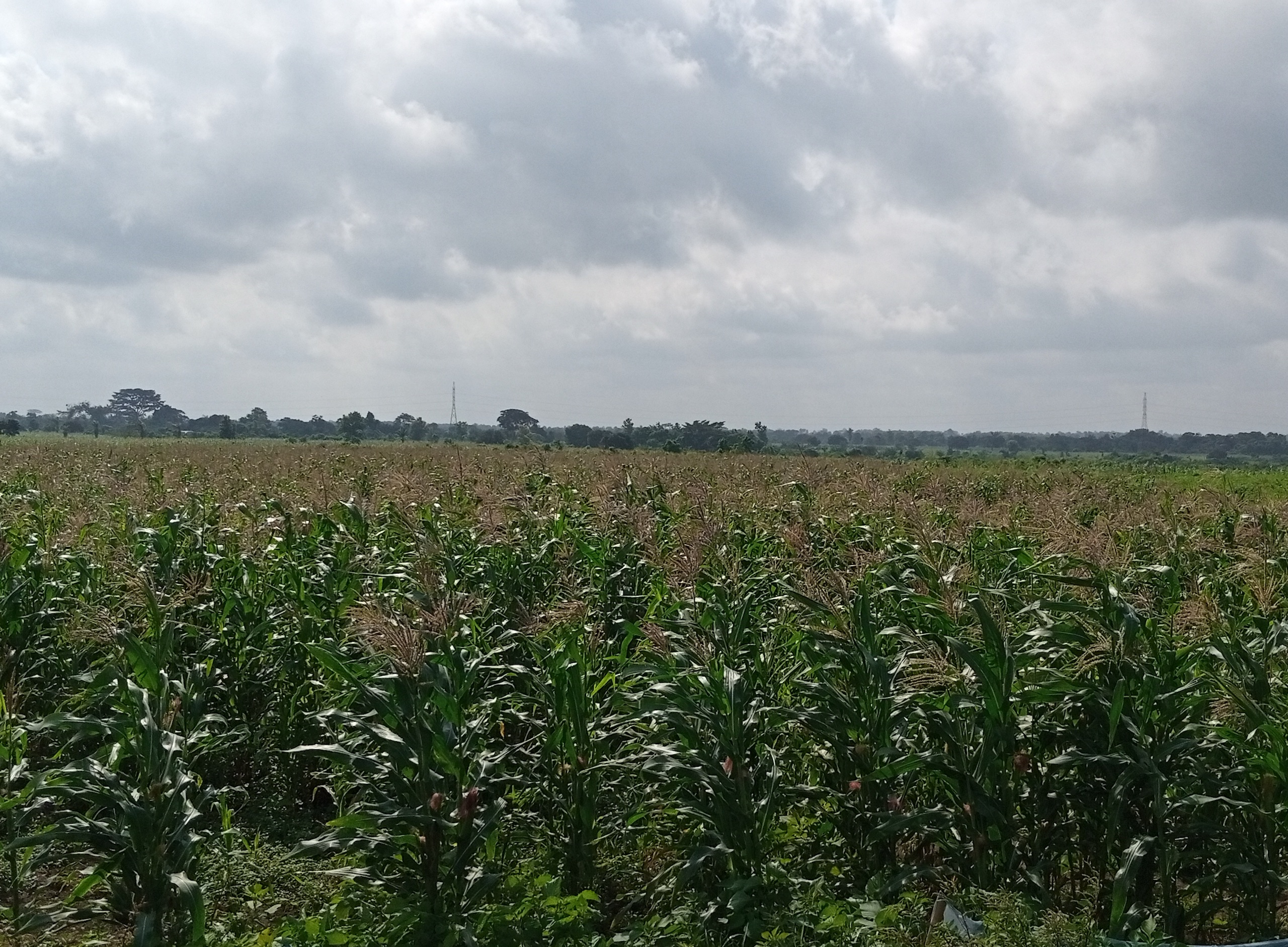 The centre also promotes short-cycle seed varieties which can yield crops within 60 to 90 days, compared to traditional varieties which take about 120 days. In 2014, the centre carried out research on the performance of corn seed varieties in Benin. This led to good results of three high-yielding Chinese varieties – Guidan 162, Jinyu No.8 and Xianyu 335 – all of which are sold to farmers by the centre. The seeds are relatively resistant to drought conditions and are ready for harvest within 80 to 84 days.

Gérard Agognon, deputy general director of the Semè-Kpodji centre, explains that the modern corn production techniques popularised by the centre optimise use of space, make use of local organic fertilisers and require moderate use of chemical fertilisers.

In Ouémé and Plateau, many maize farmers have adopted the techniques taught by the Chinese agricultural centre, and are popularising them beyond the borders of the departments.

According to Léopold Biaou, head of the operational and entrepreneurial training service at Benin’s agriculture ministry, the techniques have helped to increase national average yields from one to more than five tons per hectare per agricultural season. However, although Agognon describes fertiliser use with the new method as moderate, it is still significant. For one hectare of cultivated corn, 12 bags of chemical fertiliser must be applied, say Epiphane Fagbohoun and Delphin Adoko. 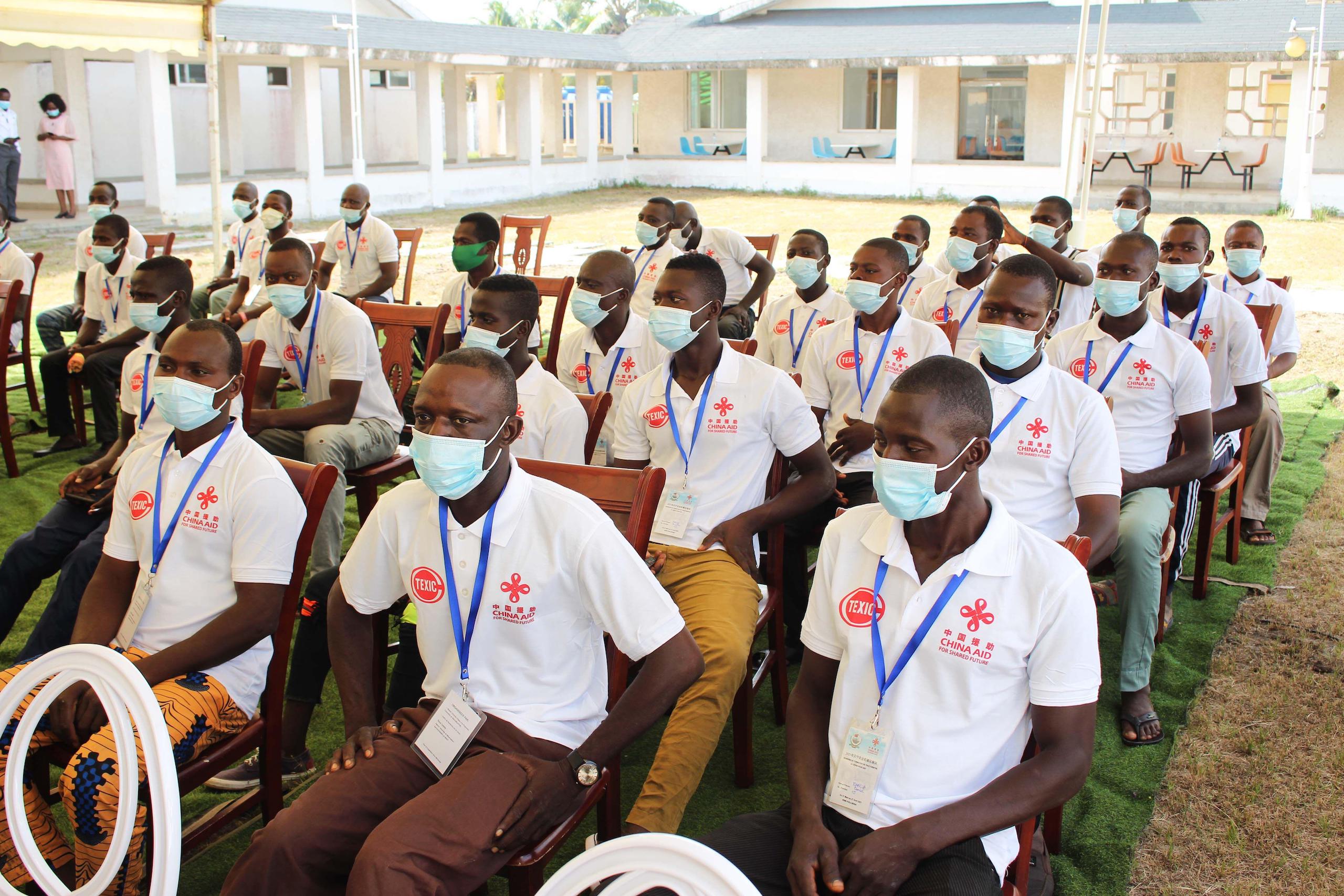 Beninese farmers at a training by Chinese experts at the Seme-Kpodji centre (Image: Seraphin Zounyekpe / Alamy)

This represents a major cost and barrier to access for Beninese farmers, most of whom are smallholders. Access to chemical fertilisers is managed exclusively through the Ministry of Agriculture, Livestock and Fisheries. The cost of fertilisers, already high, has become even more prohibitive since Covid-19 and the Russo–Ukrainian war pushed up prices. According to the African Development Bank, fertiliser prices have increased 300% since the war began, and Africa faces a fertiliser shortage of 2 million metric tonnes.

The centre advises moderate use of fertiliser and pesticides, but farmers remain wary of the financial burden. The farmers spoken to did not, however, express any concern about the risks of fertiliser use on soil health and drinking water quality.

A similar problem of accessibility arises with the degree of mechanisation required. The majority of farmers in Benin do not have tractors or seed drills with which to facilitate the application of what they learn during the training. The cost of buying and maintaining machinery, the scarcity of spare parts, and the price of petrol are all major barriers.

Not surprisingly then, according to the 2019 National Agricultural Census, only 10% of producers in Benin have access to modern maize seed varieties – such as EVDT STR 97 and DMR, and China’s Guidan 162, Jinyu No.8 and Xianyu 335 – with presumably even fewer actually cultivating them.

“After the training, each farmer is left to their own devices,” says farmer Delphin Adoko.

The lack of financial support offered to farmers has severely limited the impact of the training programmes and the techniques they promote. In its 2015 report on climate change and food security, the FAO recommended that the socio-economic needs of communities be taken into account in the implementation of agricultural resilience measures.

“A crucial point to consider in building resilient farm livelihoods is the costs involved in undertaking actions and in particular the implications for financial flows at the household level” the report stated.

From the pandemic to the war in Ukraine, and the intensification of climate change impacts, corn production in Benin is facing many challenges. The method taught at the China–Benin Agricultural Demonstration Centre in Sèmè-Kpodji present a possible solution, but the overlooking of the hardening financial headwinds for Beninese farmers limits its potential. All the agricultural actors who spoke with China Dialogue want the method to be extended nationwide, but the obstacles to access must be addressed first.

This article was produced as a result of a grant provided by the Africa-China Reporting Project at the Wits Centre for Journalism at the University of the Witwatersrand, Johannesburg, and China Dialogue Trust. The views expressed are the authors.

The solutions to natural disasters are connected