There is growing pressure for fundamental reform of China’s policy on the trade in wild animals following the outbreak of a novel coronavirus (2019-nCoV), which to date has infected over 31,000 and killed more than 600, with numbers rising.

The early cases were clustered around the Huanan Wholesale Seafood Market in the central Chinese city of Wuhan. Was the market’s trade in wild animals the source of the virus? One early study published 26 January in the Lancet suggested otherwise. Nonetheless, calls for a ban on the trade in wild animals have reached new highs.

On 26 January, the forestry, market supervision and agricultural authorities announced a nationwide ban on the trade in wild animals, and placed captive-breeding facilities under quarantine, for the duration of the epidemic. These have been described as the toughest restrictions ever enforced on China’s wild animal trade.

But the ban has a time limit. A similar crackdown was seen 17 years ago during the SARS epidemic. With China now tackling another major virus outbreak, there is pressure for far-reaching policy changes.

The latest research shows the genome of the new virus is 96% identical to a coronavirus found in bats, making them the most likely source – as was the case with SARS. It is not yet clear how the virus made its way into the human population. Zhong Nanshan, head of a National Health Commission expert panel and a member of the Chinese Academy of Sciences, has suggested bamboo rats or badgers may have been an intermediate host. Research published on 7 February by the South China Agricultural University claims that pangolins – one of the most trafficked mammals in Asia – could also be a link. There is as yet no definitive conclusion, but close contact between humans and an intermediate host would have allowed the virus to jump the species barrier.

A price list from the Huanan market, circulated online, shows that prior to its closure on 31 December, meat from animals such as the bamboo rat and civet cat were openly on sale. The civet cat is believed to have been the intermediate host in the SARS epidemic.

Bushmeat is an important part of the cuisine of the mountainous south-east of China. Consuming wild animal meat to improve health is also connected to traditional Chinese medicine. But this tradition has been taken to extremes, with beliefs that the meat of animals with certain characteristics, such as strength, will boost that characteristic in the consumer, and that the “wilder” an animal is the more health benefits it provides. Civet cats are the most prized of all.

As well as encouraging the hunting of wild animals, this demand has led to some bushmeat species being farmed at scale and sold through established channels. A China Central Television programme on money-making has promoted bamboo rat farming more than once – most recently in June last year – saying that 500 grammes of bamboo rat meat, described as “popular online”, can sell for 80 Chinese yuan (US$11). Farmers featured on the programme were earning up to 10 million yuan (US$1.4 million) a year.

Popular internet celebrities, the Huanong Brothers, became famous for filming the process of farming – and eating – bamboo rats. They have a presence on all of China’s major streaming sites, tens of millions of fans nationwide and are seen as typical of the farming boom in Ganzhou, Jiangxi province. Many other underdeveloped areas are now hoping to enrich themselves through bamboo rat farming.

Wu Yu, a blogger for online magazine Elephant, writes that the definition of “wild animal” in Chinese legislation is fuzzy, covering all animals not traditionally considered poultry or livestock – even when, as with the bamboo rat, there is a mature farming sector. An outright ban on the trade in wild animals would harm the legitimate interests of those farmers, he said. “It’s hard to prove that these herbivores, raised in captivity, are more dangerous than poultry and pigs, which have already given rise to bird flu and swine flu.”

But Zhou Haixiang, a member of the Chinese National Committee for Man and the Biosphere, told China Dialogue that the majority of wild animals traded have been obtained illegally. He was also sceptical about farmed animals: “Even if the farm is properly run, where did the animals originally come from? They’ve been domesticated, but aren’t they descended from animals caught in the wild? There’s still a risk of infection.” 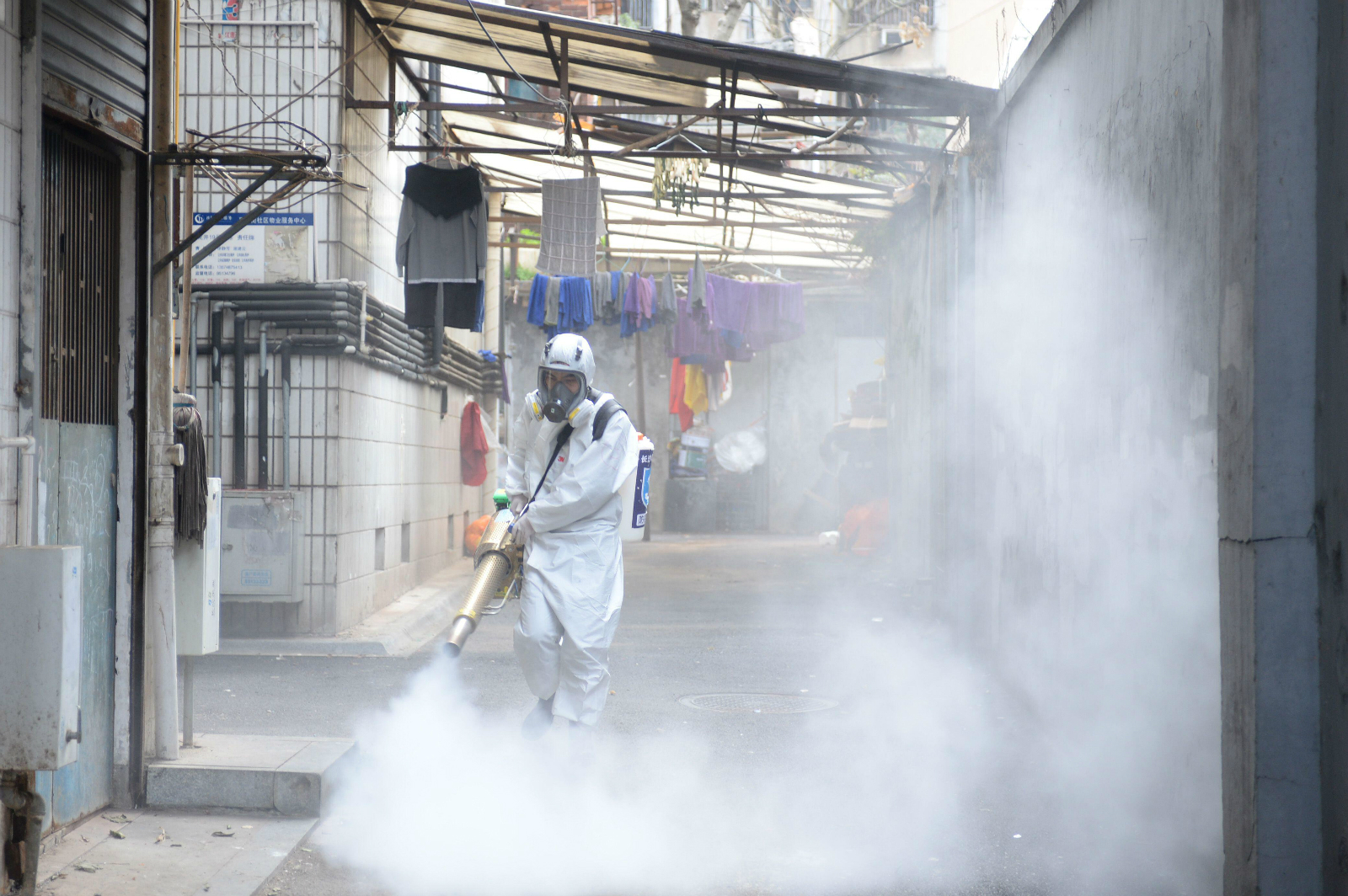 Zhou thinks there is huge money in the wildlife trade, but also “potential public health risks”. He argues the existing Wild Animals Protection Law and Protection Measures for Wild Land Animals leave too much room for the large-scale commercial use of wild animals.

Current regulations mean bamboo rats can be farmed once licences have been obtained.

The lessons from SARS did not dent appetites for bushmeat. Consumption bounced back less than a year after the 2003 epidemic, and in Guangdong grew into a “high-class” pursuit. Policymakers started to look for a balance between market demand and regulation. In August 2003, the forestry authorities produced a list of 54 animals suitable for commercial breeding and farming, setting out qualifications for entry to the sector, a quota management system and a labelling system. The aim was to regularise the practice rather than ban it.

This was the first official recognition that wild animals could be farmed, and businesses making “reasonable use” of these animals started to grow legitimately. Once a farm had health certificates and breeding and business licences in place, they were free to operate.

The debate between “protection” and “reasonable use” has been ongoing ever since the SARS epidemic. It reached a peak in 2015, when the process of revising the Wild Animals Protection Law started. Unfortunately, “reasonable use” remained written into legislation, and more policies encouraging the sector appeared. A key document in 2018 called for China to “accelerate the growth of the farming and display of wild animals”, and the wild animal sector was linked with the promotion of rural economies. In 2019, the forestry authorities proposed increasing wild animal breeding capacity to boost market supply.

“Allowing for reasonable use is an error in the Wild Animals Protection Law’s approach,” said Zhou Haixiang. He points out that although wild animals have been bought and sold for decades, and even generate billions of yuan in income for some provinces and cities, this approach to protection does nothing for ecological balance and public health.

The coronavirus has strengthened calls for a complete ban on bushmeat, with universities, research institutes, independent political figures, NGOs and the media calling for the law to be changed. But there are different ideas on what that ban should look like. The current focus of debate is on how to protect the interests of those who are already operating legally.

Zhou thinks public health concerns mean all breeding, farming and trading of wild animals should be banned. This may lead to losses for some legitimate operations, but is nevertheless “essential” to stop illegal hunting.

“The industrial and commercial authorities, which oversee the market, don’t have the necessary specialist knowledge to distinguish captive-bred and wild-caught animals,” he argues.

Lü Zhi’s proposal leaves more room for manoeuvre. She thinks eating bushmeat is the most dangerous way to utilise wild animals, and it is also an unnecessary luxury. She suggests expanding a ban on the consumption of protected species to cover all wild animals, putting an end to the bushmeat trade.

But she also suggests reclassifying those animals already successfully bred in captivity and accustomed to their new environments as “special livestock”, to be regulated in a similar way to common poultry and farm animals. Both Lü Zhi and Zhou Haixiang think this distinction between wild animals and farmed animals should depend on whether a species can live and breed well in captivity, and if the risk of disease can be managed.

Speaking to Beijing News, Liu Kejun, a senior livestock specialist at the Guangxi Institute of Animal Farming who has been researching the breeding of bamboo rats for over 20 years, said: “Farmed animals shouldn’t be a problem. Captive bamboo rats eat bamboo, sugar cane, elephant grass stalks and cassava stalks. The farming process is very hygienic.”

“As consumer awareness develops, we can expect the market for bushmeat to fall,” says Lü Zhi, but establishing a new category of farmed animals and gradually reducing available licences could give these farmers time to diversify and reduce losses.

Shortly after the 2003 SARS epidemic, 22 members of the Chinese Academy of Sciences called for a change to the law to halt the misuse of wild animals. Lü Zhi is more confident of success this time round: “This time it’s not just public opinion, the authorities are also keen. Things will change, we’ll just have to wait for the legislative process to conclude to see exactly how.”