“My ancestors are buried here,” 23-year-old Yem Thavdy points to a spot on the Sesan River, a tributary of the Mekong in Cambodia’s northern province of Stung Treng. She rows the boat across an expanse that was land before the US$781 million Lower Sesan 2 dam flooded it in 2017.

The 400-megawatt hydropower dam, Cambodia’s largest, came online in 2018 and is meant to supply nearly 80% of the capital Phnom Penh’s power. To make it possible, 34,000 hectares of forested land have been flooded, resulting in the relocation of some 2,700 households from seven riverine villages.

Those such as Thavdy who refused government offers of US$6,000, a house and a five-acre plot in a resettlement site have been struggling with losing much of their culture and means of making a living.

“It remains a sacred burial ground for us. We still conduct prayers and give thanks even though the site is under water,” she says, staring blankly at the river. Thavdy claims to know exactly where everything is below the waves. 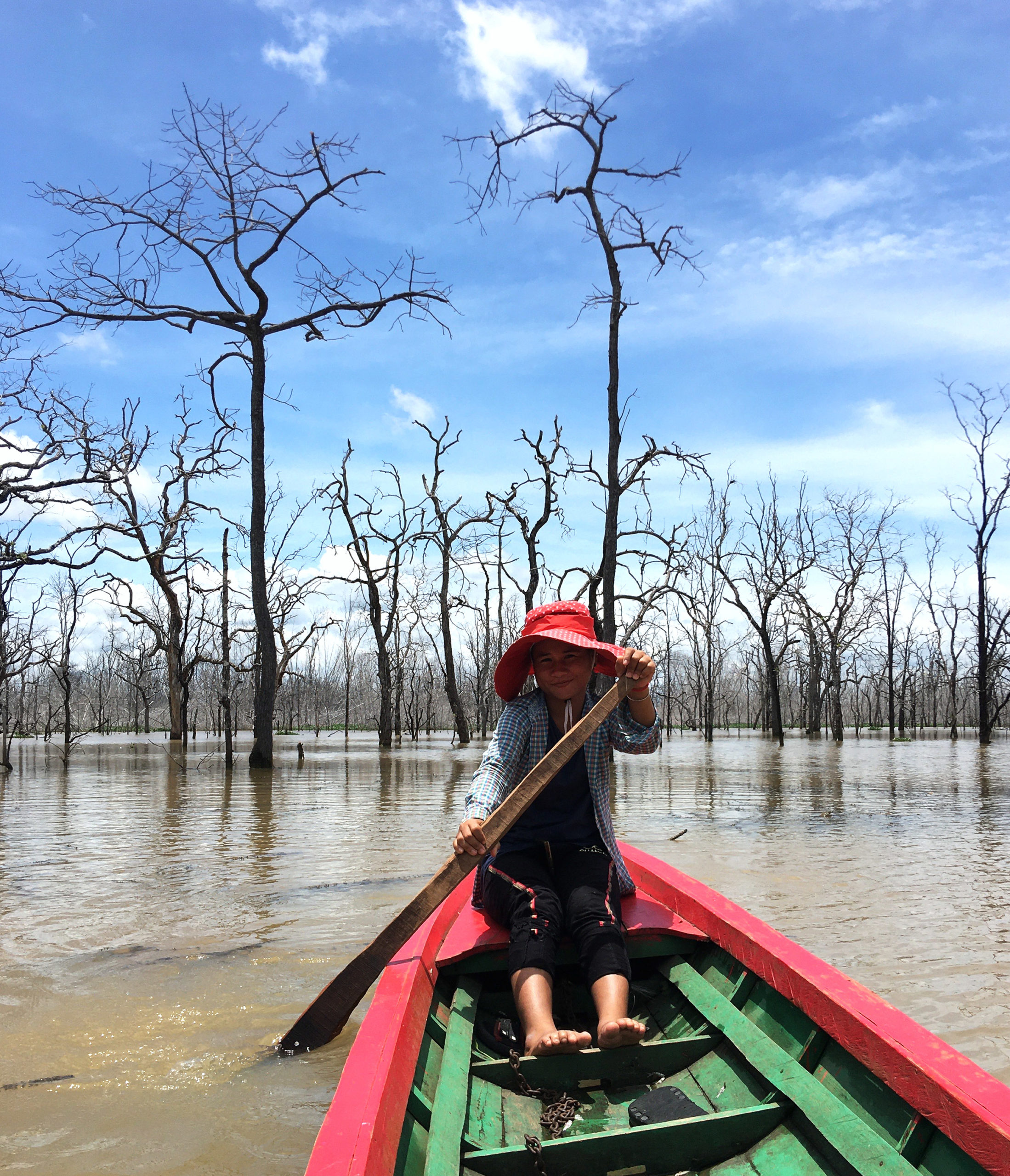 Since the dam was built, Thavdy and her community have had to deal with the submersion of their culture and livelihoods. (Image: Sangeetha Amarthalingam)

The project dealt a devastating blow to the traditions of the forest-dwelling Bunong indigenous community to whom Thavdy belongs. Her village of Kbal Romeas was home to about 120 families. Fifty-two opposed the government’s offer of compensation and resettlement about an hour away. Instead, they moved to another piece of land a 30-minute boat ride away, still within the folds of their ancestral land.

Though the Lower Sesan 2 has the potential to provide income and electricity for local communities in the settlement village, the displaced continue to use car batteries to power both their dim light bulbs at night and the occasional radio. For cooking and bathing, they use firewood and water from dug wells. Their livelihoods largely derive from semi-subsistence farming, wild fishing and forest products such as resin, honey and bamboo. A few youngsters have saved enough for smartphones.

Laos and Cambodia have seen a spate of mainstream Mekong and tributary dam projects in recent years – many of which have some level of involvement from Chinese companies. The Lower Sesan 2 project was bankrolled by state-owned China Huaneng Group Ltd, a majority stakeholder of the development. The dam is jointly operated by Cambodian telecommunication tycoon Kith Meng’s The Royal Group, which has 39% equity, and Vietnam Electricity, with 10% interest, via a joint-venture company – Hydro Power Lower Sesan 2 Co Ltd. 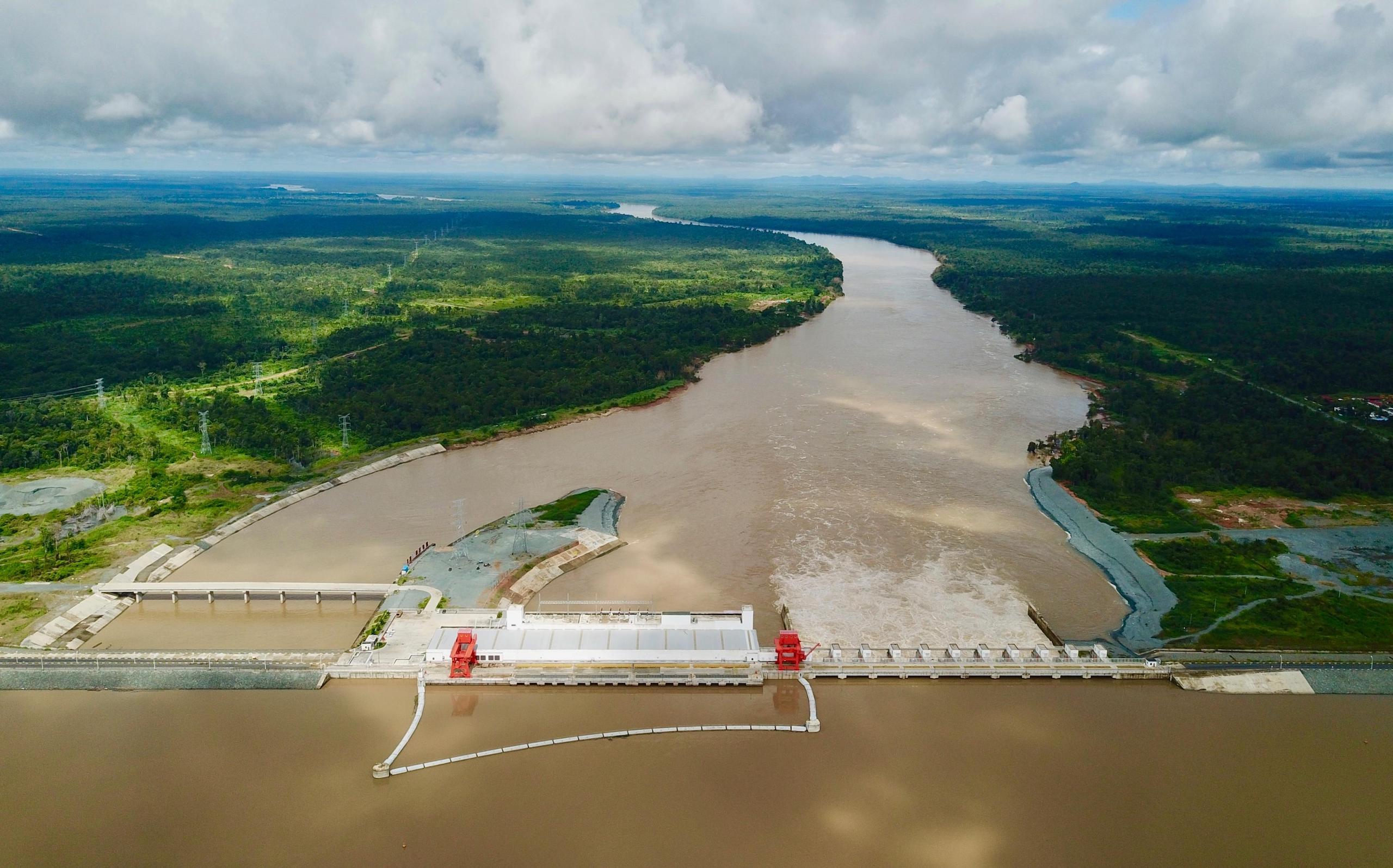 The early days of Lower Sesan 2 saw activists taking their complaints to the companies involved, and even to the Chinese embassy. A year after the damming, the Bunong, Brao, Kreung, and Khmer Laos ethnic minorities started to notice the changes, and the communities from Sre Sranok, Sre Pok, Sre Chan, Sre Kor I and Sre Kor II, who lost their homes of several generations, are coming to terms with a lower quality of life.

“We used to be able to catch fish and sell to supplement our livelihood. The big fish have disappeared. The ones caught nowadays are small and only enough to feed our families,” says village head Srang Lanh, who thinks she might be 42 or 43 years old. Lanh rues the loss of native food and convivial life, which, she said, had been taken for granted.

Speaking softly while seated outside her stilted house on a balmy afternoon, she said that some of the native fish such as ta ek (black shark minnow), ros (snakehead murrell) and pra (pengasius hypophthalmus) have disappeared since the dam was built, as they are no longer able to spawn.

Following their separation from the rest of the village in 2017, the community is still vainly hoping the water will one day recede so they can return to their old way of life.

My son is underwater now but I go there a few times a year to let him know I have not forgotten him.

“We were happy there. We had our own crops and it was not hot like this. There were trees everywhere and we could see the river which was our lifeline,” she said.

The rising water erased all that, including flooding the burial ground of her grandparents and son, who died of an illness in the mid-1990s, aged five.

“My son is underwater now but I go there a few times a year to let him know I have not forgotten him,” Lanh said.

Life at the new village of Kbal Romeas, which used to be called Tuol Sre Veng, is better than the resettlement site, Lahn says, as they have the freedom to do as they please.

“Most importantly, we get to decide the course of our lives,” she said.

However, the group still faces external challenges, including fending off rubber plantation companies from Vietnam that have been granted economic land concessions (ELCs). Some parts of the land have been logged and developed into plantations but youths in the community have set up blockades to stop logging machinery, and prevent companies from taking up more land.

Since 2012, they have tried to register their mapped land, measuring 7,836 hectares, in order to acquire a collective land title but have been told by the authorities to either wait, reduce the land size, or that there is “no point doing so because the land is going to be flooded”. 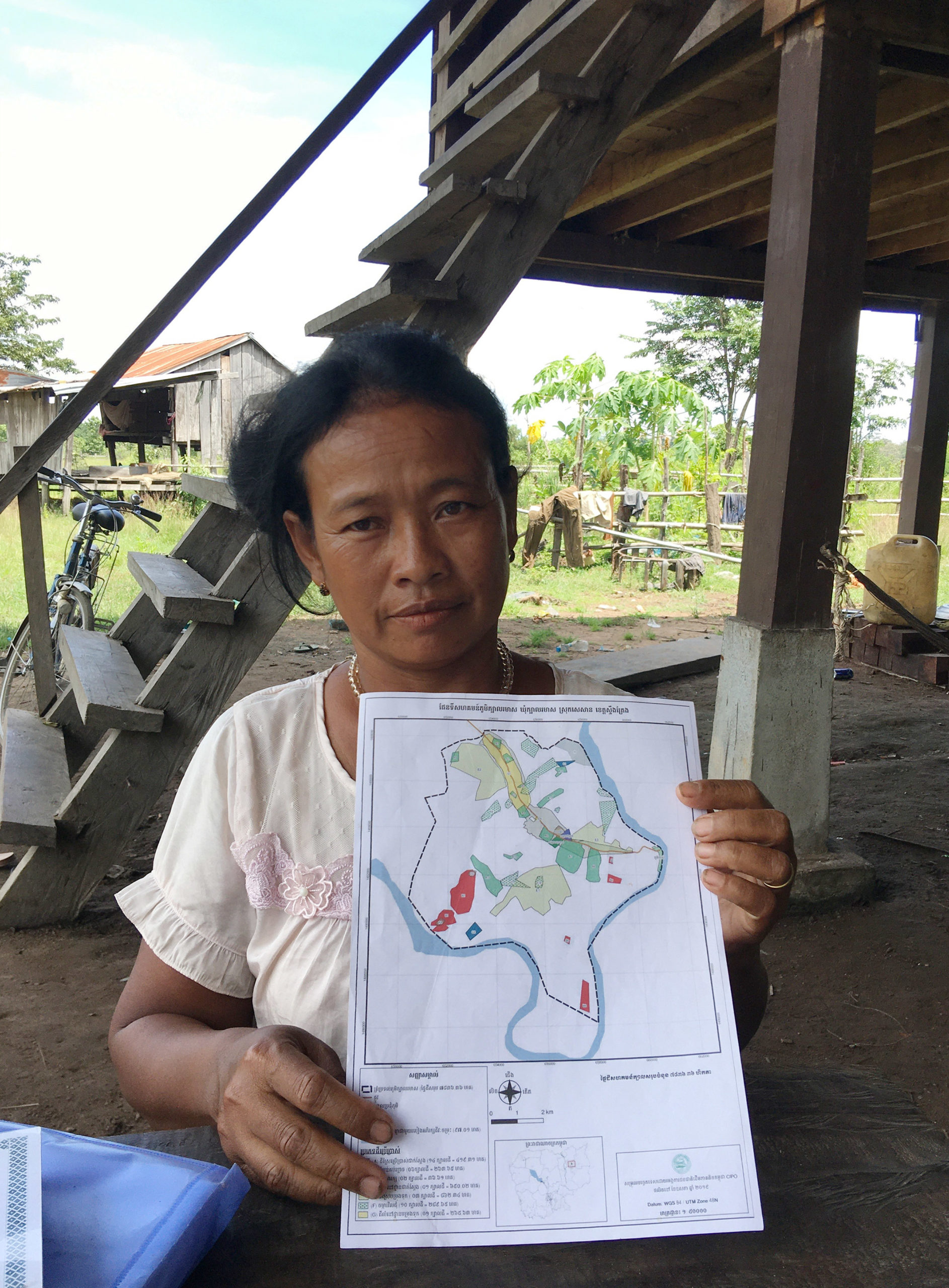 Village head Srang Lanh holds a map of the new village of Kbal Romeas, where 52 families who rejected the government’s resettlement deal have opted to live. (Image: Sangeetha Amarthalingam)

“We subsequently learnt that some parts had been apportioned to a company in 2015,” Lanh said.

Independent human rights activist and law undergraduate Vorn Chanlaut, from Phnom Penh, visits the villages to organise empowerment programmes. He said it is important to educate young people to preserve their heritage.

“By working with them, I hope to help them continue protecting their rights. Indigenous communities have their own culture and tradition which is connected to the forest. If destroyed, they lose their livelihood and identity,” he told China Dialogue during one of his trips to Kbal Romeas.

In a study commissioned by the Asian Development Bank in 1999, British engineering consultancy Sir William Halcrow and Partners Ltd called the then-proposed Lower Sesan 2 dam “unattractive” due to its marginal financial viability. The study also expressed concerns about the “extremely heavy environmental and social impacts”, in the words of Ian Baird of the University of Wisconsin–Madison.

Nevertheless, the idea was revived in 2007 by Cambodia’s Industry, Mines and Energy Ministry which allowed Vietnam Electricity to conduct a feasibility study.

A 2008 environmental impact assessment (EIA) report from Open Development Cambodia revealed the potential loss of migratory fish upon which the local communities relied, estimating that 66% such species would be affected by the dam-blocked passageway.

In a 2009 study, Ian Baird wrote: “Tens of thousands living downstream from the project adjacent to the Sesan, Sekong, and Mekong rivers would experience dramatic changes in water quality and hydrology, leading to a variety of negative impacts including a drop in fish supplies, the loss of riverbank vegetable gardens, and the deterioration of drinking water”.

The 2008 EIA said the dam would be “very likely” to affect fish movement, and impact not only the ecology of the rivers but the diets and livelihoods of some 30,000 living upstream. At the time, it was estimated that each family consumed between $200 and $400 worth of fish each year.

Xinhua reported in 2019 the construction of a “fish ladder” – to help fish pass around the dam by leaping up a series of small steps – and a “resting pool” every 800 metres to create “good conditions for fish migration”.

China has 11 operational dams on its upper section of the Mekong, known as the Lancang, and there are 11 more in various stages of planning and operation in Laos and Cambodia. However, backlash from local communities and concerned parties over impacts to fisheries and livelihoods led to Cambodia, in March last year, putting a 10-year moratorium on major mainstream dam projects at Stung Treng and Sambor.

Source: Mekong Infrastructure Tracker (as of May 2021)

“When the river is low… some fish can’t pass through abnormally low areas. And when the wet season curve is flattened, fish don’t recognise triggers signalling it’s time for migration,” says Brian Eyler, a senior fellow at the Stimson Centre and director of Stimson’s Southeast Asia programme.

“Fishing communities are reporting consistently low catches over the last two years but no definitive reports have come out of any part of the basin showing the exact degree of loss of fisheries,” said Eyler, author of Last Days of the Mighty Mekong.

“We can only find chhlaang [catfish], chhlat [bronze featherback], real [Siamese mud carp], and tuok [snakehead murrel],” Lahn says. On top of that, the villagers have to buy things like “mango, coconut and lemon” which used to be widely available in the old village, eating into their household income of $25–50 a month.

“We have lost so much – buffaloes, cows, big trees and our homes. When we are sick, we pray to the forest spirits. They are our guardians.” She vows that her people will continue fighting to protect their forest and preserve their identity. “It is all we have left. If this too goes, there is no more us,” she said.