February’s big freeze was deadly, devastating and costly. Sub-zero temperatures caused the state’s power grid to shudder, leaving millions unable to heat their homes or cook. After the worst of the cold weather had passed, some customers received another nasty shock when unexpected bills arrived for electricity provided under surge pricing.

Fifteen million had lost access to clean water as water-treatment plants were forced offline. Dozens had died and hundreds suffered carbon monoxide poisoning as they ran cars in their garage to keep warm. Four million homes were without power for days. During the four peak days of the crisis, some residents were billed up to $9,000 per megawatt hour as suppliers ratcheted up prices given limited power supply.

Experts argue Texas should have been better prepared, and had not heeded warnings to prepare its power and water systems for bad weather.

Unlike natural gas production infrastructure in northern states, wellheads, gathering lines and processing facilities in Texas were not “weatherised” for prolonged bouts of freezing temperatures, the US Energy Information Administration said.

That was not news to the people in charge of Texas’ energy. An investigation by the Texas Tribune and the ProPublica foundation discovered that politicians and regulators had ignored previous calls to strengthen the electricity grid against freezing weather. It showed that power plants in the state, run by Texas’s largest electricity company Luminant, had failed during cold weather in 2014, and despite calls for it to make changes, the company had denied there was a major problem.

“This is the largest train wreck in the history of deregulated electricity,” said Republican state senator Brandon Creighton.

The crisis also cut US oil and gas production by 20%, and, in addition to the excess power costs, was estimated to have cost the state’s economy $2.8 billion per day.

The history of going it alone on energy

Texas has chosen to design its power system around two primary goals: cheaper power and avoiding federal oversight. Most of the state belongs to an “island” grid network, run by the Electricity Reliability Corporation of Texas (Ercot). Ercot utilities avoid connecting their systems to those of neighbouring states.

But nearby states with worse weather avoided catastrophe, as did cities in Texas outside the state’s Ercot deregulated service area, like El Paso, as well as those inside the Ercot zone which took their own precautions to ensure they had back-up if the Ercot grid went down.

Texas customers had been promised that “competition in the electric industry will benefit Texans by reducing monthly rates and offering consumers more choices about the power they use,” as George W. Bush said when, as governor, he signed the Texas energy deregulation bill.

The advocates of the Texas “no reliance on our neighbours” philosophy tried to blame part of the power crisis on wind farms, and to divert attention on to President Biden’s fossil fuel plans.

William Hogan, an energy economist at Harvard University who helped design the Texas market, argued the week of blackouts were inevitable imperfections stemming from extraordinary weather. “I don’t know of any market design that exists anywhere that would have anticipated and have been prepared for something of this scope and scale.” Yet Texas’ neighbours escaped relatively unscathed, and investigations showed power providers knew power failures were highly likely under extreme temperatures.

Part of the justification for deregulation without back-up generation had been the promise of lower bills, but this has also not been delivered. A Wall Street Journal analysis found that since 2004, Texas consumers in the deregulated system had already paid $28 billion more in higher power costs than Texas consumers outside Ercot.

Lack of preparation was rewarded

Despite attempts by those running the state to explain the power cuts as unavoidable, there has been plenty of evidence not only that the system could have been better prepared, but was in fact incentivised not to be. Ercot lost 46 gigawatts of peak generating capacity during the freeze. Gas generation accounted for two thirds of this shortfall. Wind was expected to supply only 7% of the winter capacity for Ercot. Even Ercot admitted the majority of the power crisis was down to the natural gas supply, and not wind.

“We are struggling to come to grips with the reality that gas came up short and let us down when we needed it most,” said Michael E. Webber, a professor of mechanical engineering at the University of Texas. 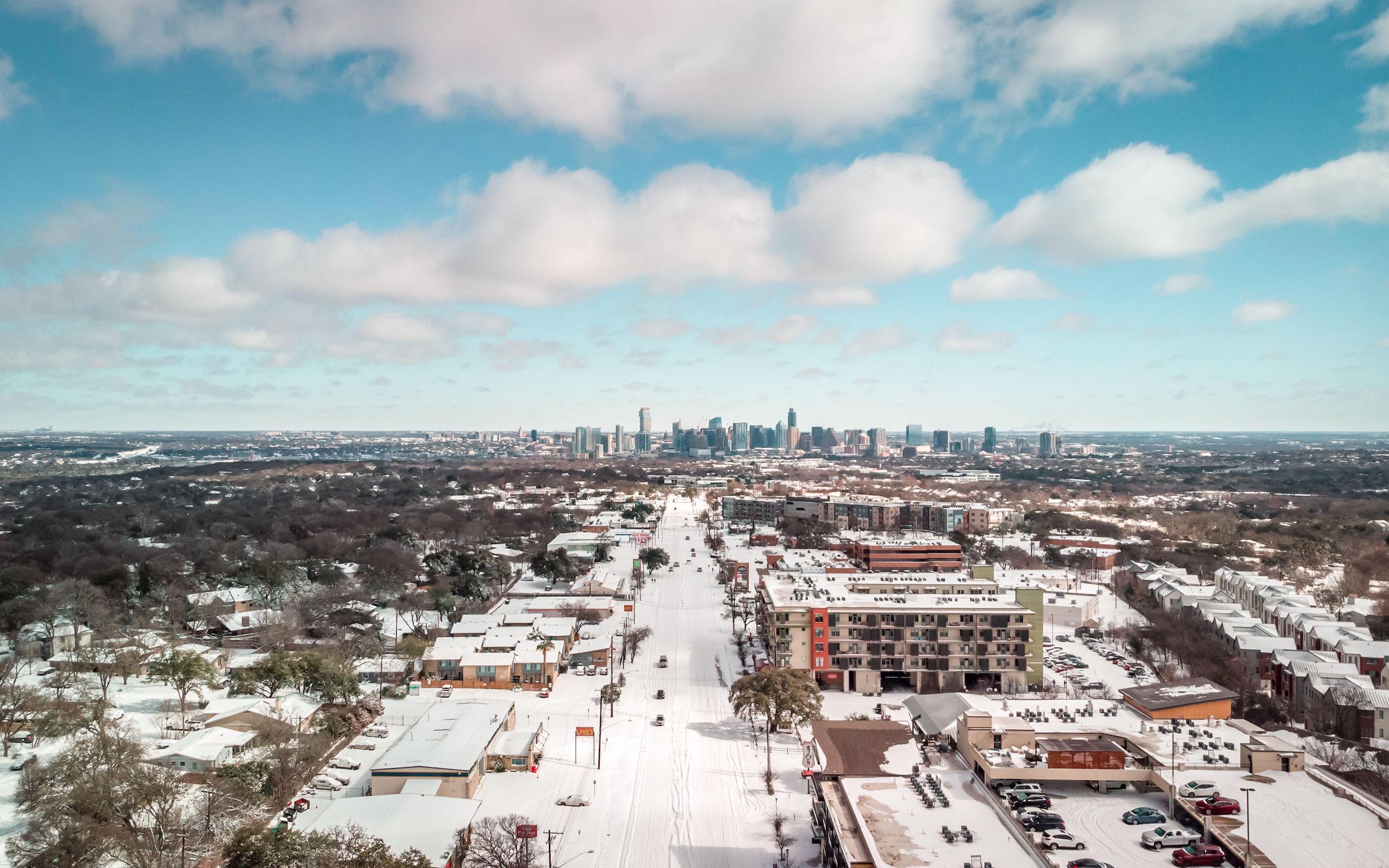 Texas – not just Ercot – had failed to prepare. Natural gas producers knew about the risks of a big freeze. The difference with the national picture indicates how more preparation for bad weather could have avoided the worst of the crisis. US gas production fell by 21%, as Texas’ output fell 45%. Natural gas wells in other states coped better with the big freezes.

Asked if it would have been better choice for consumers to pay for weatherisation, they had been better prepared for cold weather, Ercot’s CEO Bill Magness pleaded ignorance. “I am not aware,” he said, “that we have ever conducted a real cost-benefit analysis on that topic.”

The Texas power market caps wholesale prices at an astonishingly high $9,000 per/mwh. When the crisis hit, the computers managing the market price crashed. Regulators then arbitrarily set prices at the peak rate, and left them there for four days, knowing that generators could not provide more power because their facilities were frozen. During the freeze, household daily utility bills of $2,500 and more were incurred by homeowners who had signed up for variable plans, even when for most of the four days they had no power. The City of Denton incurred $300 million in power bills in a week, $2,000 for each of its 15,000 residents.

The power companies maximised their profit from those units that were up and running. By the third week in February, it appeared all the energy companies serving the Texas market had made as much money in 2021 as they had in the previous three years.

“We were able to get super premium prices, that’s going to pay off handsomely like hitting the jackpot,” said Chief Financial Officer Roland Burns of Comstock Resources, a leading Texan energy producer. He later apologised when his remarks hit the headlines.

Texas’ deregulated system, like that previously adopted by California, relied on a power market able to handle the state’s extreme variations in weather and electricity demand. Generators would prepare for and meet, at reasonable prices, demand spikes. Instead, generators found they could make huge windfall profits if the market failed, and supply fell while demand soared.

In California, achieving this goal required market manipulation by companies like Enron. In Texas, generators discovered they could let the weather do the market manipulation for them, and reaped enormous profits while providing only half the power the state needed.

After the worst of the power cuts, Abbott said: “Everyone knows how challenging the past few days have been for our fellow Texans… All of us in the state of Texas believe it is completely unacceptable that you had to endure one minute of the challenge that you faced.”

The core lesson from the Texas energy crisis – with the additional knowledge from the earlier Enron crisis in California and California’s rolling blackouts last year – is that neither generation technology nor any combination of technologies can self-manage. And no market or regulatory design will do the job alone. Active, thoughtful and forward-looking leadership is required. Neither the Enron/Texas deregulated system, nor the historic US regulated monopoly in which when money ran short the utility just went ahead and built a new power plant, reflect today’s realities.

Today, lower costs, cleaner options, customers who are also suppliers and demand managers, come together in a bewildering array of opportunities to give electricity users more electrons, at lower prices, with greater reliability and less pollution. This fearsome demand for flexibility is something which, with all its benefits, the utility sector has never mastered.

It’s time to reinvent both the regulatory and the business model of this century’s rapidly evolving power sectors.