China has been ramping up its investments with the Lancang-Mekong Cooperation mechanism, which – according to American officials – is an attempt to compete with the Mekong River Commission (MRC).

A competition over who dominates scientific and technical knowledge of the river indicates an escalation in the complexity of challenges confronting the Mekong and an evolution from what seemed to be a largely domestic focus of China’s economic interests in its upper reaches.

Concerns for how countries along the Mekong share its resources have grown since the development of substantial infrastructure in Yunnan, China, whence the river flows. At the heart of hundreds of small- and medium-sized investments are a dozen very large hydropower and multipurpose dam projects developed by HydroLancang, a subsidiary of the state-owned power generator China Huaneng Group, one of the country’s largest energy companies.

China framed this upgrade in river infrastructure as purely domestic, an investment in the economic development of a relatively impoverished region. The resulting cascade of dams, including a few with significant storage capacity, are underwritten nationally in the hopes of sparking industrialisation and development in the local economy. But further downstream, there is concern that this infrastructure poses a threat to the flow of water reaching China’s neighbours. 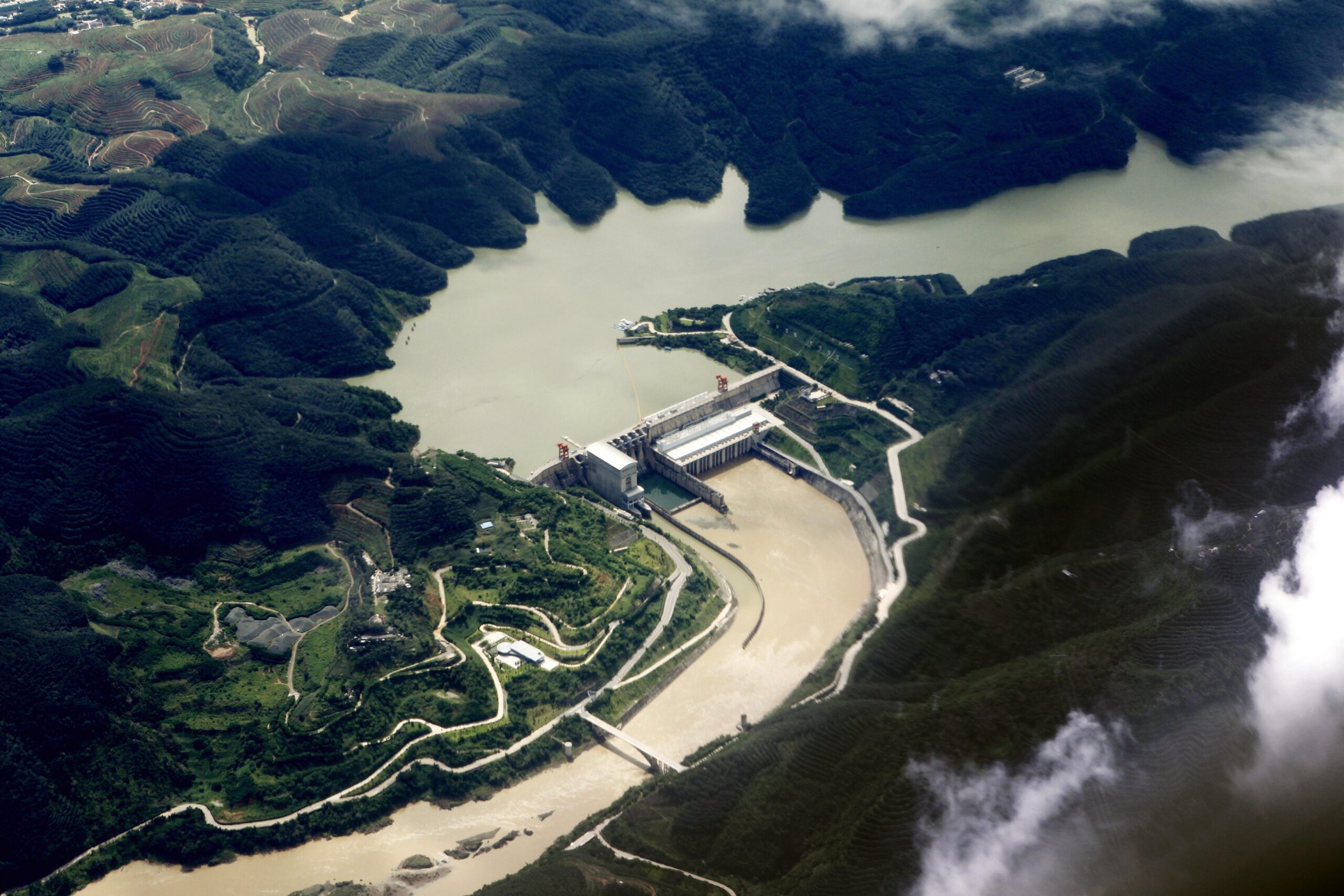 China’s territory represents around a fifth of the whole basin and contributes on average about a sixth of the total flow of water to the Mekong delta. Because the river flow is highly seasonal, however, China’s contribution is unevenly distributed. During the wet season from June to November, when monsoon rains dominate downstream, China contributes a smaller proportion of the flow. But during the dry season, glacial meltwater from the high mountains in China makes a very significant relative contribution – over a quarter at the delta, and even more at the mid-stem.

This glacial melt is also a crucial stabiliser for the Mekong’s flow at times when downstream precipitation fails. This April, an analysis of the severe drought of 2019 suggests that interference from Chinese dams was a significant factor in compounding an El Niño-related drop in rainfall that afflicted the lower Mekong countries. Tsinghua University and the China Institute of Water Resources waded into this debate by releasing a report arguing that the regulating function of dams in the upper reaches of the Lancang may actually help, rather than hinder, the future management of the river downstream.

The significance of such a debate, played out on technical grounds and in the absence of any international agreement on the management of the river, is greater than a disagreement about scientific fact. To understand this, it is worth remembering where technical assistance to the lower Mekong countries originated.

Science supremacy is power. This much was clear to US President Harry Truman when he launched his Point Four Program of technical assistance for developing countries during his inaugural address in 1949. Central to US foreign policy for the Cold War era, Truman’s first three points comprised a commitment to all the agencies of the United Nations, dedication to post-WW2 recovery and global trade, and regional security agreements along the lines of those pursued by NATO.

Truman’s fourth point opened the way for one of the US’s most effective soft power strategies during the Cold War: the use of scientific and technical assistance to attract countries – and their leaders – into the American sphere of influence. Water resource management for agricultural and industrial development was at the heart of this vision.

American influence was ubiquitous in the early technical assistance on the Mekong, with a steady stream of American experts contributing to early proposals about how the Mekong should be managed for the benefit of the countries it flows through. As tensions heightened in Vietnam, the situation became too precarious for American consultants to operate directly in Southeast Asia – but the seeds of the subsequent decades of technical assistance had been well and truly sown.

Alas, the preconditions for growing tension with China had also been established. All assistance on the Mekong had so far largely been provided at the exclusion of the regional superpower. This exclusion reflected the realpolitik of the time. It was the height of US diplomat George Kennan’s containment strategy against post-war Soviet expansionism; in American eyes, China had already been lost to Communism, removing the incentive to offer technical assistance.

If one wants to meet an engineer who has designed and developed a large multipurpose dam, Beijing rather than Boulder Canyon is the place to go.

Fast-forward a few decades, and it now appears that China may be starting to engage the Mekong in a very similar way. In the early 21st century, a disproportionate share of the world’s knowledge on water infrastructure development now resides in China. These days, if one wants to meet an engineer who has designed and developed a large multipurpose dam, Beijing rather than Boulder Canyon is the place to go.

The engagement of research universities is an important step in the development of intellectual and technical supremacy. If in the 1960s the famed Harvard Water Program was the world’s dominant research institution for water resource management, today China’s scientists have a solid claim to that mantle.

The Mekong has reached a point in which water and silt are not the only things flowing downstream – research, scientific data, expertise and engineering know-how are also reaching Southeast Asia.

This situation poses a challenge for international engagement in the region. If the ultimate objective of technical assistance on the Mekong is to enable the sustainable, resilient development of the population living in the basin, including in the face of climate change, then this fresh injection of technical and scientific knowledge should be welcomed. Cooperation rather than competition – the hallmark of the international scientific community – should be the objective.

And yet, one cannot ignore the history of technical assistance on water resources. Those interested in understanding the effects of China’s influence abroad should not forget just how effective the technical assistance programme of the United States was in establishing American experience as the dominant theory of infrastructure development – the many valley authorities that still govern rivers across the world is one legacy of that era – and in opening the door to countless contractors, who followed Bureau of Reclamation and Army Corp experts all over the world. Knowledge of a river system, particularly one as complex as the Mekong, has never been offered for free, nor has it ever really been available without significant strings attached. As the geopolitics of the Mekong Basin come into sharper focus, the role of scientific and engineering knowledge is destined to become an ever more important battleground for regional allegiance.

Bangladesh turns from India to China to transform major river

The fate of Tonle Sap Lake is decided upriver