The G20 summit will be held on the Indonesian island of Bali in November. In the lead-up, several working groups have been hard at work, including one focused on energy transitions, which has met three times this year, in Yogyakarta, Labuan Bajo and Bali.

This group has produced an important document called the Bali Compact that is designed to guide G20 countries in accelerating their energy transitions. In addition, the Indonesian presidency has been focused on three main issues or pillars that require particular attention: access to energy, which is especially challenging for island nations in the Asia-Pacific region; innovation and implementation of clean energy technologies; and finance.

To understand more about the Energy Transitions Working Group, we talked to its chair Yudo Dwinanda Priaadi. The interview has been lightly edited for clarity.

China Dialogue: What is in the Bali Compact?

Yudo Dwinanda Priaadi: The document is agreed upon by a consensus within the working group and contains nine principles for accelerating energy transitions.

The nine principles of the Bali Compact

Indonesia’s presidency this year is in a special period because for the first time all G20 nations already have [national] low-carbon development targets. The Compact’s principles are expected to become the foundation and guidance for the G20 to reach these targets.

What do common principles mean in the Compact? 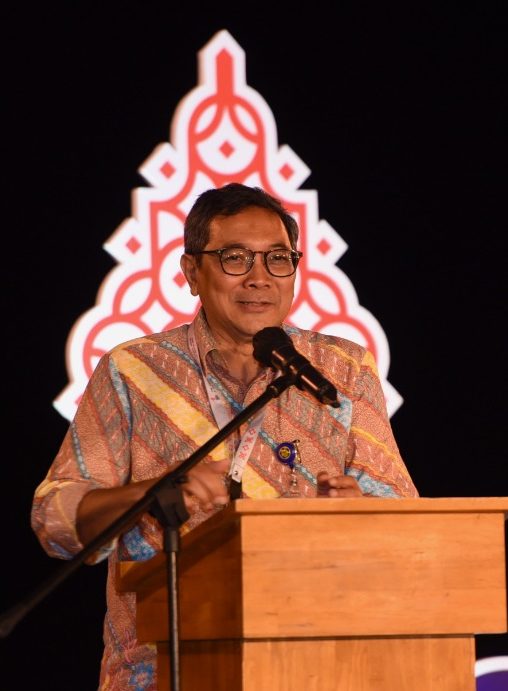 Besides the Compact, there are the issues of access to energy, technology and finance. Could you elaborate on these?

We call the next decade an action decade. We see 2030 has become a deadline for many global goals, such as the Sustainable Development Goals [SDGs], especially SDG7 [on access to energy]. The world has been experiencing the pandemic which hit the economy; we have not yet recovered. And there are geopolitical crises affecting the global energy sector. Access to energy is a basic human right but these challenges are putting the targets to access energy way behind schedule. This situation is difficult for island countries, such as those in the Asia-Pacific. That is why the presidency has made access to energy the first priority.

The second priority is to enhance the implementation of clean energy technology. Adopting clean energy is the key to transforming the energy system. However, the gap between nations will hinder the process. Access to affordable clean technology will accelerate energy transitions. Indonesia’s presidency encourages collaboration in innovation and knowledge and technology transfer from developed countries to developing countries.

Of course, all of that cannot be realised if there’s no finance for implementation. The energy transition is a process of energy system transformation that has a wider impact on global activities, beyond the commercial. We can no longer rely upon the conventional mechanism; we need a fresh, innovative and affordable finance mechanism.

How will the G20 help accelerate clean energy transitions?

As mentioned, the working group has agreed on the Bali Compact’s basic principles to accelerate energy transitions. Indonesia hopes these can be translated into planning in the form of transition roadmaps for the energy sector in each country. Indonesia’s presidency has proposed the Decade of Actions: Bali Energy Transitions Roadmap. It has worked together with other international organisations to translate the principles of the Bali Compact into the three pillars to become a list of actions for accelerating energy transitions. Hopefully, the roadmap will be improved and adjusted by the next presidency as a device for guiding and monitoring the global energy transition process, especially of the G20.

The Bali Energy Transitions Roadmap is an initiative to encourage long-term continuity in energy transitions and to strengthen international cooperation. It outlines multiyear voluntary actions to reach the Sustainable Development Goals and the road to net zero emissions based on each country’s circumstances.

Indonesia is also preparing the roadmap for its own energy sector transition to carbon neutrality, working with other stakeholders, such as the International Energy Agency. During the [Bali] meeting, we launched a document based on IEA analysis that recommended the roadmap for Indonesia.

How can Indonesia benefit from this?

Last year, President Joko Widodo announced a target of net-zero emissions by 2060 or much sooner with international help. Of course there will be an energy transition, considering it is one of the major components of reducing national emissions. International support is the key to accelerating it.

As alluded to, Indonesia is encouraging collaboration, partnership and technology transfer and support from developed countries to developing ones. For instance, with intensive communication, the G7 has agreed to support Indonesia through the Indonesia Just Energy Transition Partnership (Indonesia JETP). Of course, the dialogue is ongoing. No firm commitments have yet been made.

What’s the definition of a just transition?

We all know each country is unique, with different levels of economic development, resources and capability. This is affecting how each one deals with its energy transition. Just energy, in line with SDG7, means providing access to affordable modern energy without leaving anyone behind. Energy access is a basic human right as energy is a precondition for economic activities.

The just energy transition is a process that considers all aspects of transition, especially those people that will be impacted. Hundreds, even millions, of people [in Indonesia] will be impacted directly or indirectly during the transition.

Transitioning from a high-carbon to a low-carbon energy system will result in people losing their jobs. Not only those working in the power plant sector but in the whole energy sector. The energy transition could also lead to the abandonment of energy assets, require more funds to replace older assets, and could cause an imbalance between supply and demand if it’s not planned well.

On the other hand, energy transitions will open up new opportunities for employment, investment, green technology development and innovation. However, not all countries have the capacity to ensure the process will not affect their economic growth. The impact will be tremendous. It must be well anticipated so the transition does not backfire. No party should impose the stages of the transition process that they are capable of on other countries with different capacities. Developed countries must not only demand increased ambition from developing countries, but they must also realise their commitment to support the energy transition process in developing countries.

Is Indonesia in the process of a just transition?

Just, of course, becomes our goal. In the process, a lot needs to be considered. In the energy transition roadmap that we’re trying to make, the transition is being planned cautiously and gradually so as not to compromise national economic development. The road is long. We are having intensive discussions with stakeholders and regulators from other sectors to ensure that the transition in Indonesia is just.

What’s next for the Energy Transitions Working Group?

First, Indonesia will keep working on the three major issues of the working group until they are agreed upon at the G20 summit.

Second, Indonesia will continue its active communication with the Troika [a group of the current, previous and next G20 presidencies – Indonesia, Italy, and India] before and after the summit to ensure the issues are being addressed under the next presidency.

Third, Indonesia will support programmes or issues that will be brought up by the next presidency that directly or indirectly connect with issues being discussed by Indonesia.

Opinion: Indonesia must push for renewables pivot from coal backers Japan and China