US President Donald Trump on Tuesday used a visit to the Environmental Protection Agency (EPA) in Washington, D.C., to sign an executive order seeking to dismantle his predecessor’s legacy on climate change and announce he was “putting an end to the war on coal”.

Speaking with a backdrop of invited coal miners (“We will put our miners back to work”), Trump began his attempt to dismantle Barack Obama’s Clean Power Plan (CPP), which requires states to reduce carbon dioxide emissions from existing coal- and gas-fired power plants, and forms part of the US climate pledge to the UN-led Paris Agreement.

It’s not a done deal. The order doesn’t end the CPP. Undoing such a plan involves a long administrative process, and there will be attempts to fight it in the courts.

Read also: What would a US withdrawal from the Paris Agreement mean for China?

That fight pits Trump against US popular opinion: polling shows a large majority supports the CPP (and reducing greenhouse gases) including in states that voted for Trump and opposed the CPP in the courts. 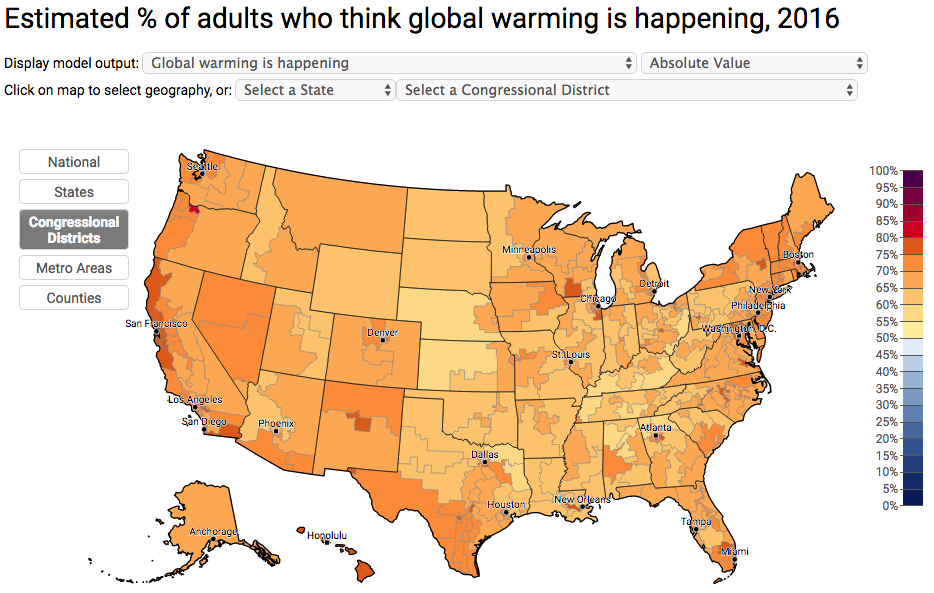 Many states, cities, companies and electricity utilities support the plan, too. With the renewable energy industry creating jobs at a rate 12 times faster than the rest of the US economy – wind turbine technician is the fastest growing profession in the country, with most of these jobs in Republican districts – it’s clear many Americans see the economic benefits of investment in clean energy, and don’t want to see the US ceding this industry to emerging economies with policy frameworks that support renewables, mostly notably China.

For those Americans employed in the coal industry, it’s unlikely the order will offer much respite either, even if it successfully ends the CPP. Economics, not regulation, is killing the sector. Gas and renewables are replacing coal because they are cheaper. US government projections see the US coal sector declining, with or without the EPA rules. The difference is that the CPP would help to mitigate the effects of the decline by promoting a more rapid transition to clean energy.

Countries that are on track to meet their commitments, and have used policy to rein in coal production and burning – China is again the most notable example – have not only been motivated by climate change, but economics and public health concerns about air and water pollution.

The CPP aims to see a 25% reduction in polluting particulates, meaning that each year 2,700 to 6,600 premature deaths and 140,000 to 150,000 asthma attacks in children would be prevented. Here again, a repeal likely means ordinary Americans will pay the price.

Economic realities will override Trump’s plan for a coal renaissance

Roundtable: What would a US withdrawal from the Paris Agreement mean for China?

Roundtable: How will countries respond if the US withdraws from Paris?