Over the past few years some have argued that we are on the brink of a nuclear renaissance. That despite certain concerns, nuclear can help countries meet climate targets by supplying clean and affordable energy. Perhaps sadly, it turns out that the facts point to an alternative future for atomic power.

As the nuclear proponent and author Michael Shellenberger says, “nuclear energy is, simply, in a rapidly accelerating crisis.” In other words, worldwide demand for nuclear energy globally is low, and any new-build reactors are unlikely to keep up with the closure of nuclear plants.

In the US, half of the nuclear plants are likely to close over the next 13 years. Six years after the Fukushima disaster, Japan has only opened two of its 42 shuttered nuclear reactors. Vietnam has just bailed out from any future nuclear construction in response to rising public fears and growing costs. While some saw India as a major potential market for nuclear power, it is struggling to resolve key obstacles to building new plants. China appears to be bucking the trend and has almost 20 gigawatts of nuclear power under construction. But its nuclear programme has also faced delays and is unlikely to meet a 2020 target of 58 gigawatts.

The prospects for nuclear power in Europe also appear limited. Given that Germany uses around 20% of all EU electricity, the government’s decision to phase-out nuclear power by 2022 and to invest in renewables, energy efficiency, grid network infrastructure, and plan for trans-boundary pumped-storage hydroelectricity, promises to prove significant for European energy policy as a whole.

Likewise, Italian voters have passed a referendum to cancel plans for new reactors, with over 94% of the electorate voting in favour of the construction ban. In Switzerland, strong public opposition to nuclear led to a decision not to replace the country’s five reactors when they come to the end of their operation in 2034. Belgium has also confirmed a nuclear phase-out, although with no firm date set for end of operation.

Elsewhere, at an EU Ministerial meeting in Vienna, ministers and heads of delegations of Austria, Greece, Ireland, Latvia, Liechtenstein, Luxembourg, Malta and Portugal, observed by ministers from Cyprus, Denmark and Estonia, concluded that nuclear power was not compatible with the concept of sustainable development, saying that “nuclear power does not provide a viable option in combating climate change”.

Without doubt, France is the most nuclear-reliant country on Earth. Because of absolute government support and very strong public backing for their nuclear industry, if things could go well for nuclear, it should be in France. But even there it’s not the case.

The French government has been forced into a fire sale of state assets to prop up its heavily indebted nuclear utilities. Not only has Areva, (the French reactor design corporation), been formally accused of falsifying key safety documents, but it has also admitted that its manufacturing arm at Le Creusot has been supplying substandard nuclear components for years.

And EDF, the French nuclear “giant”, is doing no better. Along with bailing out the swiftly collapsing Areva, EDF must bear the huge financial burden of its failing reactor new-build at Flamanville, and pay for extending the life of France’s existing nuclear power stations to 2025, at a cost of €55 billion (US$58 billion).

Already, rating agencies Standard and Poor and Moodys have downgraded EDFs credit-worthiness over the corporation’s potentially ill-advised decision to go ahead with construction of two more Areva-designed EPR reactors at Hinkley Point in the UK. This is something that the €37 billion (US$39 billion) debt-ridden French nuclear corporation can ill-afford. And the estimated cost of French radioactive waste management, which EDF is solely responsible for, is steadily rising.

No wonder then, the Financial Times says, “Hopes of a nuclear Renaissance have largely disappeared… Simply avoiding a nuclear dark ages would be achievement enough”.

One of the key challenges for nuclear power has been the high cost of construction. New builds are high risk construction projects with a marked tendency for significant delay, cost growth and investor risk.

It claims there is a 70% certainty that a power utility would see borrowing costs rise due to the downgrading of credit rating once construction began, with plant construction marred by significant cost overruns and electricity tariff increases. Nuclear plants also carry high technical and regulatory risks, with the pro-nuclear World Nuclear Association figures showing very persistent and significant cost overruns.

Similarly, South Korea has not won a single recent contract since building a reactor in the UAE. And it should be noted that the South Korean reactor design forgoes key safety features which would be mandatory in Europe and the US.

China has also been faced with significant delays to new-builds, and has made no significant inroads into export markets. Russia’s Rosatom has countless non-binding agreements to supply reactors, mostly in developing countries. But Russia can’t afford the loan funding promised in these agreements, and most of the potential customer countries can’t afford to pay the capital costs for reactors.

Whatever one’s view of the risks and benefits of nuclear energy, it’s clear that the possibility of catastrophic accidents must be factored into the energy policy decision-making process. Reactor accidents are the single largest financial risk facing the nuclear industry, far outweighing the combined effect of market, credit, and operational risks. Starting estimates for Fukushima stand at US$200 billion (1.4 trillion yuan) and rising.

And the “odds” for accidents happening are shortening. Pre-Fukushima probability estimates of a major nuclear accident were around 1:100000 for the 440 reactors in operation over the next 20-25 years. Following Fukushima, the probability of a major accident in the current worldwide fleet over the same period is now around 1:5000. One more major accident and the nuclear industry could be buried for good. 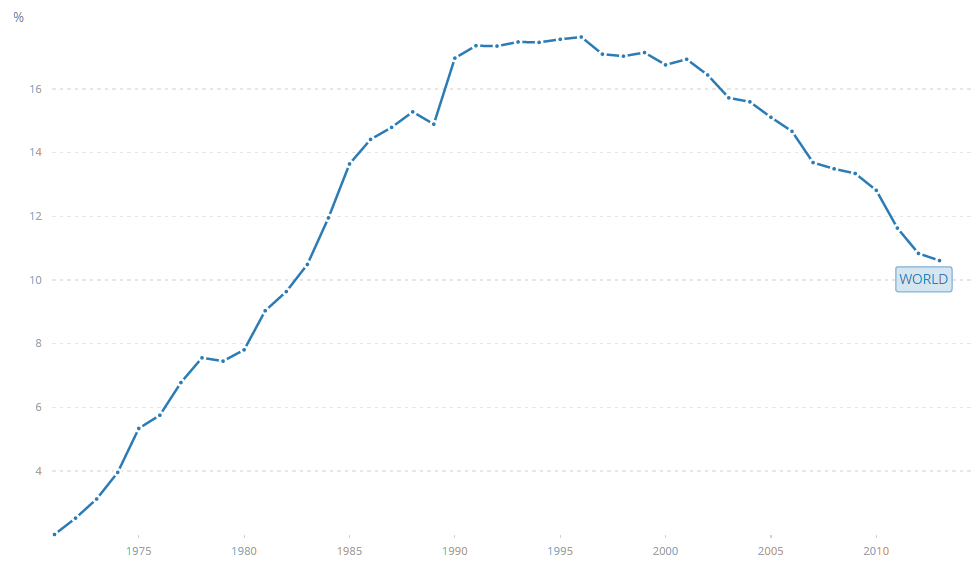 Although a few new reactors are planned, there has been limited construction of new reactors since 2000 even as existing nuclear plants age and are phased-out. This will lead to a significant decreasing share of electricity production from nuclear energy after 2020. The emphasis will shift towards maximising output of existing reactors through extension, up-grade and retrofit.

Given the size of the long-term investments that are now needed across the low-carbon options of wind, solar, tidal, energy efficiency and conservation, grid network infrastructure development and load balancing – decisions about nuclear need to be made, and quickly.

The costs means that it’s not an “add-on” technology – it’s not nuclear and renewables, rather it’s nuclear or renewables. And it now seems clear that the coming renewable evolution will out-pace nuclear on cost grounds alone. For example, solar costs have plummeted by 50% in just the last five years, and worldwide solar increased by 50% last year, with China leading the way.

Of course, the worldwide energy futures landscape is still enormously uncertain.  It will be shaped by the varied interactions of states and markets and the choices and trade-offs that are made across generation technologies, demand management, transmission and load-balancing infrastructure.

Although countries differ in terms of cultural and industrial landscapes, public opinion, technological structures, institutions, regulatory practice and energy mixes, an evolving consensus that offers an open and flexible framework in which states can develop collective action on energy issues, is a real possibility.

The thing is, the development of renewable, sustainable and affordable low-carbon energy is a swiftly growing economic sector with huge potential for job creation. And that’s a good thing.