China has released its blueprint for the next five years. Early signs indicate its 13th Five-Year Plan is the most environmentally focused yet.

This complements the ​Chinese government’s broader goal of shifting to a more environmentally sustainable model of development and re-balancing the economy by moving away from investment in heavy industry towards consumer spending, services and innovation.

It also strengthens the commitments made by the Chinese government to transition away from fossil fuels, increase the share of renewables in China’s energy mix, and slow down its overall rate of energy consumption.

The new targets will help China deliver its promise to reduce carbon intensity (the amount of carbon emitted per unit of GDP​) by 45%, an undertaking that was restated at the ​Paris COP21 climate summit in December​.

Ten out of the 13 mandatory targets contained in the final text relate to the environment, natural resources or ecosystems. ​

Of the targets relating to climate and energy, the most important four are:​ 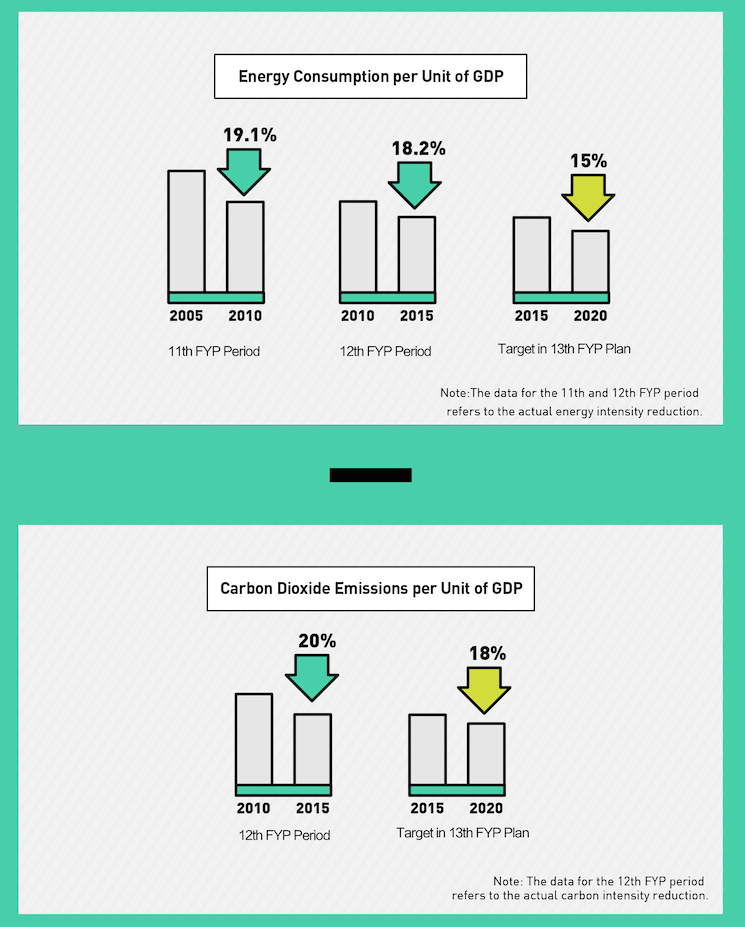 “I think overall, these are ambitious targets, especially when the drivers of economic growth and the structure of the economy are still in transition. However, I also think it is likely to overshoot. There will be a set of policies to follow that implement the targets. These will relate to pricing, taxation, energy standards and renewable energy portfolio standards.”

“The planning framework emphasises the development of nuclear and hydro power. This does not mean [other] renewable energy sources are not being prioritised. On the contrary, it undoubtedly means that non-fossil fuels are preferred and that coal will be weakened.”​ 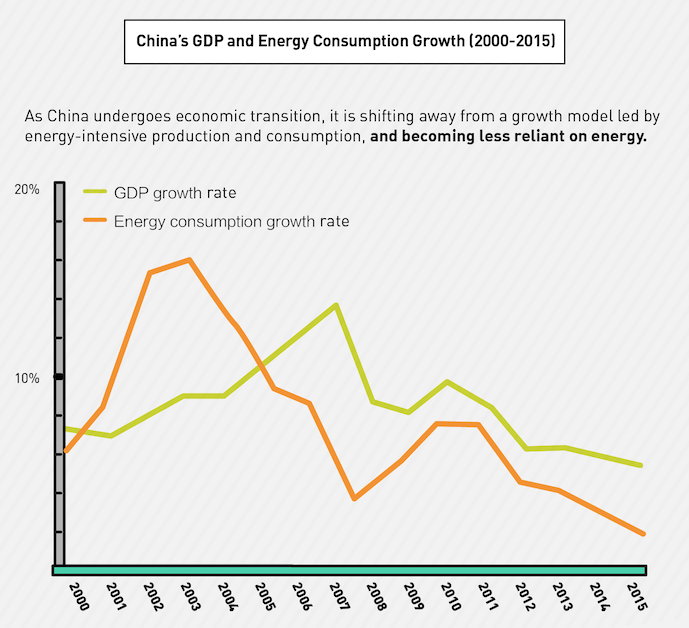 At a glance, the new plan is a continuation of the environmental protection efforts set out in the 12th Five-Year Plan (2011-2015), rather than a departure from it. In fact, both plans seem comparable in scope and scale. However, in certain aspects the latest plan goes further.

This is the first time in China’s history that a specific PM2.5 (the ​harmful particulate matter that contributes to air pollution) target has been included in a Five-Year Plan. Premier Li Keqiang indicated that the government will limit factory emissions of PM2.5 down to 25% of total output.

The premier also highlighted the ‘One Belt and One Road’ strategy as an important component of the country’s overseas development plan, which will give environmental enterprises new opportunities to “go global”.

The full text is available in Chinese here. ​

With contributions from Monica Wang and Yu Jie