After 15 years of talking about it, Russia is hoping China will sign a major gas contract this month that will deepen the two countries’ energy cooperation. The push to finalise the deal comes at a critical time for both sides: China needs to decrease coal burning to improve air quality, while Russia needs new markets for its gas as Europe tries to reduce Russian exports amid the crisis in Ukraine.

Vladimir Putin, Russia’s president, is due to visit China later in May to discuss the final terms of the agreement. If it goes ahead, the deal will follow another major contract finalised in December, which secured Chinese investment in Russia’s US$27 billion liquefied natural gas project on Yamal, a gas-rich peninsula in the Arctic.

The timing of these contracts make sense: China’s hunger for gas is expected to surge in coming years as the country attempts to wean itself off coal and improve air quality. Demand is forecast to grow to 420 billion cubic metres per year by 2020, up from 170 billion cubic metres last year, according to official Chinese estimates published in April.

The latest deal would likely include the annual delivery of 38 billion cubic metres of gas by an eastern pipeline route, and could be extended to include another 30 billion cubic metres of fuel, including liquefied natural gas (LNG), via a western route, according to Xia Yishan, director of energy strategy research at the China Institute of International Studies.

“There is the very serious factor of air pollution in China, and Chinese industry is hoping for a switch to gas to take the place of dirty coal energy,” said Xia at a video conference hosted by Russian and Chinese state media in late April. “So before China stands a very big task and challenge to correct the structure of energy use – to increase the use of natural gas.”

Transporting large quantities of gas from Russia to China will require construction of major new infrastructure, long a bone of contention for environmentalists. Russian gas giant Gazprom’s plans to build a 2,600-kilometre pipeline to China through a world heritage site in the Altai Mountains, home to rare species like the snow leopard, prompted outrage around the world in 2012. 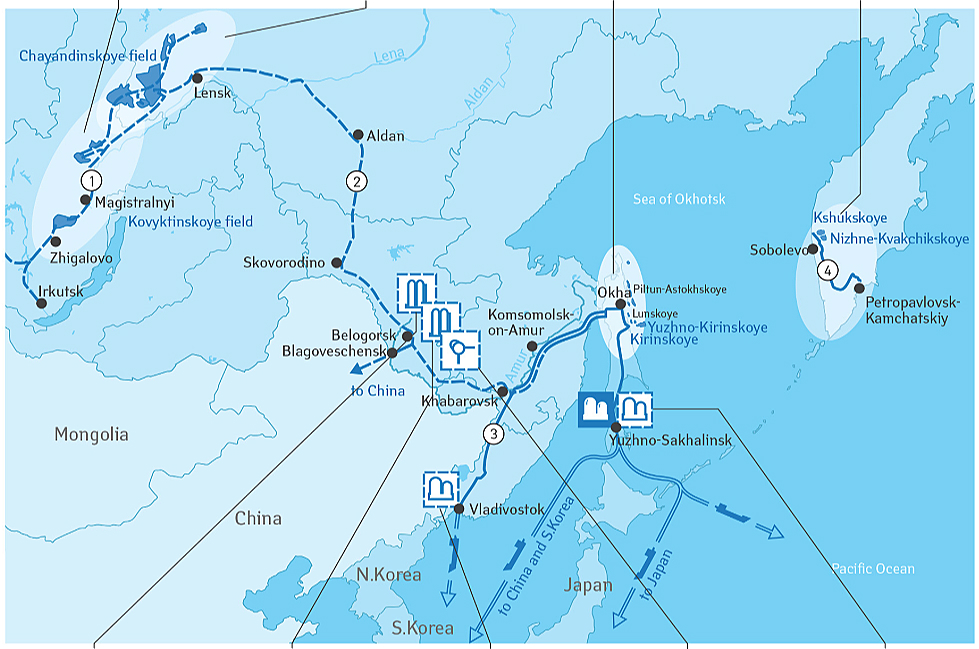 Those plans appear to have been shelved, at least for now, after Gazprom turned its attention to an alternative route, announcing last year that a so-called eastern route – an alternative initially proposed by green NGOs – had become its priority. “Gazprom will go down the path blazed by environmentalists,” said Alexey Knizhnikov of WWF Russia.

However, Gazprom’s shift in approach seems to have had little to do with concern about impacts on a vulnerable ecosystem. The “undoubtedly positive” move to abandon the Altai route was “not due to any ecological considerations”, explained Andrey Shadurskiy, senior lecturer at the School of International Relations at St Petersburg State University, but because the route became uneconomical as compared to alternatives.

The eastern route now being pursued will draw gas from eastern Siberia to three different points for export to China, at the Russian cities Vladivostok, Dalnerechensk and Blagoveshchensk, according to Gazprom. A separate western route would see deliveries of LNG by sea, possibly from a new LNG project in Vladivostok, the construction of which is under discussion.

Meanwhile, gas deliveries from the Yamal project in the Arctic would be made by ships sailing along the Northern Sea Route. Under the terms of the contract agreed last autumn, China is bound to purchase 4 billion cubic metres of gas per year once the facility is in full operation, possibly by 2016.

The Yamal scheme too is fraught with environmental controversy, however. The Russian government lists the project, including construction of the deepwater port Sabetta, the drilling of hundreds of wells, and vast infrastructure for gas processing and liquefaction, among its top infrastructure priorities. But Russian NGOs have warned it could inflict severe damage on both the environment and native populations.

Concerns focus on the port. Planned for a shallow area of water, covered by ice nine months of the year, construction of the project and a year-round shipping lane would destroy an estuary of global significance and one of the most productive fish habitats off the Arctic coast, according to WWF Russia. Campaigners are calling for measures to be taken to protect vulnerable species, including relocation of the port to a less ecologically sensitive area.

Can gas from coal ever be clean?