When cryptocurrency speculation skyrocketed in December 2017, increasing the value of each Bitcoin by an astonishing 2,000%, its carbon footprint also grew exponentially. Analysts calculated that obtaining a single Bitcoin now requires electrical power roughly equivalent to running an average household in the United States for two years. Meteorologist Eric Holthaus stresses that such a trajectory is unsustainable: by February 2020, he asserts, the Bitcoin network alone could “use as much electricity as the entire world does today.”

Vast amounts of electricity are needed to run computers for the blockchain technology that is integral to Bitcoin and other cryptocurrencies. Environmental activists are aghast at so much global power consumption devoted to an experimental concept, not yet a decade old, with no tangible intrinsic value.

By 2020, the Bitcoin network alone could use as much electricity as the entire world does today

The biggest power devourers are Bitcoin’s application-specific integrated circuits, known as ASICs, designed to solve its complex algorithms at high speed. This customised circuitry whirs away inside vast warehouses, from Mongolia to Minnesota and beyond, continuously computing and powering transaction networks. Since electric power is often drawn from subsidised coal-powered grids in developing countries rather than from renewable sources, pollution is a growing concern.

Some economists suggest that Bitcoin mining, by far the most popular use of blockchain technology, already comprises 0.13% of global electricity consumption. Nearly 80% of all expenses for the cryptocurrency miners scattered around the world go towards electricity. One unexpected outcome of last winter’s Bitcoin bonanza might be an increased investment in renewables.

“Actually, a large fraction of miners in China are using hydroelectricity, plentiful and cheap in the Sichuan province,” crypto-entrepreneur Marc Bevand told reporters in March.

It is instructive to put these statistics in perspective. Currently, 25% of household energy expenditure gets wasted on idle electric devices, according to a study of northern California by the Natural Resources Defense Council. Charles Hugh Smith, a prominent economics blogger, explains:

“That means that devices that are ‘off’, or in standby or sleep mode, can use up to the equivalent of 50 large power plants’ worth of electricity, and cost more than US$19 billion (120 billion yuan) in electricity bills every year (in the US).” 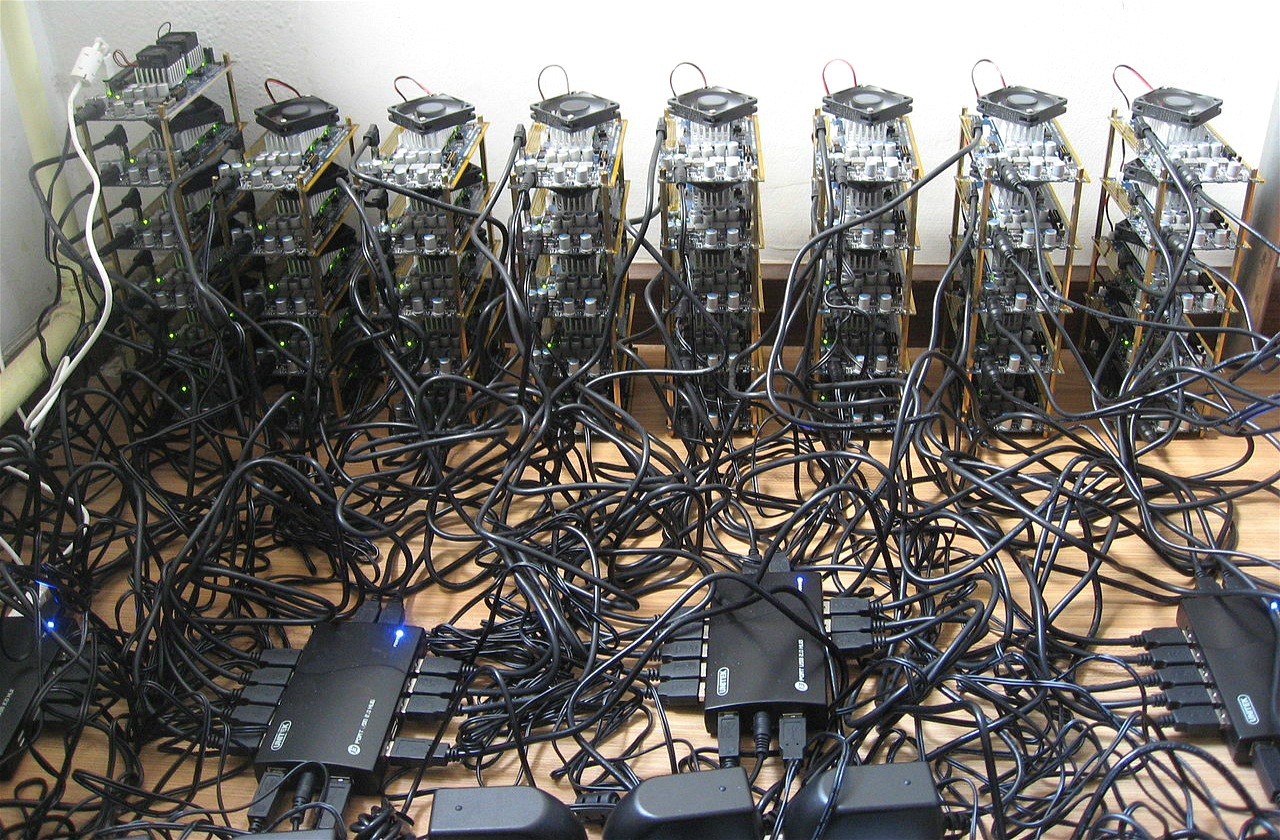 Hidden costs can also accrue from new apps and extensions that contain hidden cryptocurrency mining scripts running in the background without the user’s consent. Cryptojackers, the malicious software developers who try to abuse the platform at the expense of its users, have been put on notice by tech firms and governments.

“Estimating how much energy blockchains consume is notoriously difficult or inaccurate. There’s no way to accurately tell who is mining at any given time, or what their actual set up is like,” says software engineer S Friend, an expert who also leads workshops on understanding blockchain technology.

“For example, I can start a mining node up on my laptop right now and stop it at any time. My carbon footprint, on a laptop in a hydro-powered region of Canada, is going to be very different than on specialised [cryptocurrency] mining hardware run in a coal powered area.”

“Blockchain is everywhere these days, from finance and law, to kitten-collecting and dating-apps,” Friend points out.

Essentially, the technology creates a public spreadsheet that cannot be revised. Regulation across international borders is difficult because it is so decentralised and anonymous.

“Blockchains allow for a group of people all over the world who don’t know and do not trust each other to agree about the global state of a system,” Friend elaborates. “Typically, what they’re agreeing to is the global state of the ledger. That is, who owns what crypto tokens, though there are more complex second generation blockchains.”

Potential profits usually are more motivating than warnings by green activists, and already innovations to cut the financial and environmental costs of cryptocurrency systems are underway. Intel, a major technology firm in the United States, aims to reduce the energy demands of Bitcoin mining by around 35%. It recently applied to patent a new generation hardware accelerator that runs at a lower temperature and requires less space. Using surplus electricity and renewable energy, along with improved hardware may soon reduce Bitcoin’s dirty footprint.

Critical changes to the algorithms are expected to lower energy demands and make alternative cryptocurrencies much more cost-effective. Bitcoin uses a Proof-of-Work (PoW) protocol that was state-of-the-art ten years before the cryptocurrency debuted in 2009. To deter hackers and avert crashes, Bitcoin obliges anyone requesting service to solve a complex mathematical puzzle. The first to finish and submit the solution gets rewarded with a crypto-token.

PoW is designed to prevent anyone from spending the same coin twice. Higher difficulty means more work on the part of the computers and consequently more energy use. This will fluctuate constantly.

Blockchain is everywhere these days, from finance and law, to kitten-collecting and dating-apps

A promising green alternative is Proof-of-Stake (PoS), which is being adopted by some newer currencies, such as Ethereum. According to S Friend, the software engineer, this PoS method replaces the complex chain of computations with “a vote-based incentive game.” Cryptocurrency miners, who maintain the network through their quest for tokens, now have something at stake because their newly mined crypto-coins can be lost through negligence or bad behaviour.

Although cryptocurrency often gets touted as an eventual replacement for money, it is not yet theft-proof. Steve Wozniak, the co-founder of Apple, was conned out of seven Bitcoins — worth $70,000 at the time — when an online purchase with a stolen credit card was cancelled abruptly and couldn’t be traced. Wozniak now owns just one token of a currency he has praised because governments cannot manipulate it. “It is mathematical, it is pure, it can’t be altered,” he recently told a global business summit in India.

Another business magnate, George Soros, reportedly has opted to trade digital assets just three months after cautioning against their volatility. Since then Bitcoin’s value plummeted by 41%, and his US$26 billion (164 billion yuan) family office is looking at trading crypto coins.

Since last September, Intel has been collaborating with Tencent, the Chinese technology giant, on optimising the Internet of Things (IoT). When consumers, businesses, and government agencies are linked through devices with embedded sensors, cybersecurity must become even more stringent. Cloud-based blockchains have enormous untapped potential; for recording and transferring data, they are supreme. Urban communities stand to gain enhanced data privacy, security monitoring and product safety evaluation. The goal is a smart city that can run seamlessly, with no need for passwords

The goal is a smart city that can run seamlessly, with no need for passwords

Other promising uses of blockchain range from tracking food distribution to streamlining the enormous amounts of documentation required for international shipping. Red tape now accounts for 20% of its cost and embedded “smart contracts” could trigger payments in real-time once the forms are digitally filled out.

On a more local scale, a city in northern California known for liberal politics is turning to blockchain to increase its municipal bond sales and build housing. The Berkeley Blockchain Initiative will be launched at a California conference on the Future of Public Finance on May 19th. Council member Ben Bartlett, one of its main proponents, is not overly worried about the carbon footprint of his plan to transfer the whole complex system of bonds to a digital platform and reduce transaction costs by eliminating middlemen. 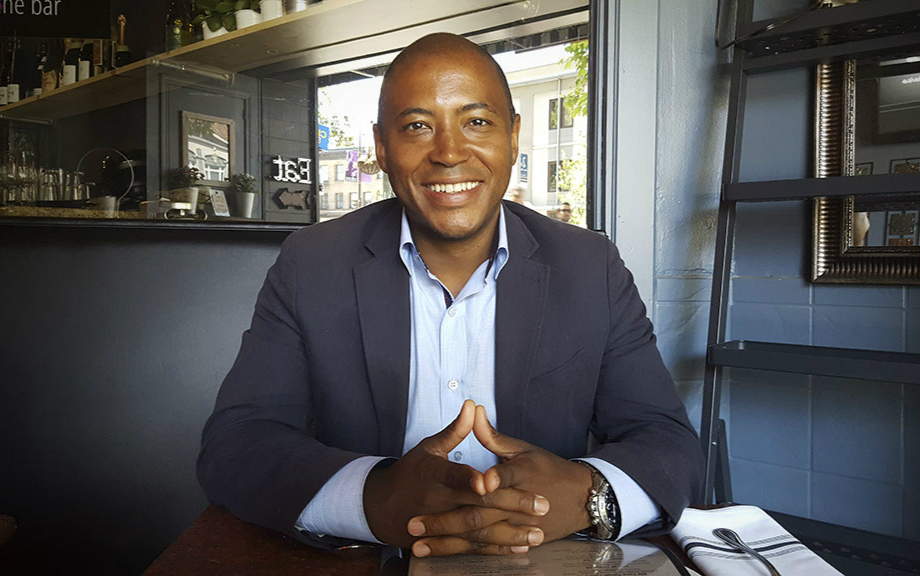 “Actually, unlike Bitcoin, blockchain is not an especially heavy user of energy. It’s just like using Google,” Bartlett says. [Of course, a reporter Googled that: 100 searches are equivalent to a 60-watt light bulb burning for 28 minutes. It takes about 0.0003 kWh of energy to answer the average search query.]

“Life does take place in the modern world,” Bartlett continues, “and new technology can greatly reduce the costs of targeting for our project. It wasn’t until federal policy made it harder to fund housing that the Mayor of Berkeley, Jesse Arreguín, and I looked into this. There are a thousand homeless in our city. It’s about time we get positive and more socially responsible. This can lower the price [of buying a bond] from US$5,000 (31,500 yuan) to US$50 (315 yuan). It’s meant to open the door to many more people and a way to build assets in order to propel the next wave of inclusive economy activity.”

“It will be the first of many,” he says.