It threatens the lives and livelihoods of over 100 million people in extreme poverty in the continent, according to the Foreign Policy Research Institute, a US think tank. Climate-induced disruptions to water supplies will impact agricultural production, contributing to food insecurity, poverty and population displacement, the institute explains. Africa is the least climate-resilient global region, in the view of the African Development Bank (AfDB).

In West Africa, climate change impacts are already affecting agriculture and coastal economic activities. The World Bank has identified rising sea levels and coastal erosion across the region as major risks that will increase the exposure and vulnerability of local populations and assets. A 2021 report from the bank also calculated that by 2050 up to 32 million people could be displaced in West Africa due to climate change. Faced with these stark realities, the Economic Community of West African States (ECOWAS), released its first-ever regional climate strategy in April this year. The strategy has since been validated unanimously by the 15-strong bloc.

“Climate change is no longer only about adaptation or mitigation, but also many other cross-cutting issues,” Konan Raoul Kouame, programme officer at ECOWAS’s Climate Change & Climate Services, told China Dialogue. “That is why we decided to develop a regional strategy that covers all the components of climate change.”

But while the initiative has been commended for bringing together member countries to take a common approach to the crisis, it has also been criticised for offering too little, too late.

The 11-page strategy defines its goal as supporting member states to tackle the challenge of climate change, particularly by achieving their commitments under the Paris Agreement.

It breaks this goal down into six main objectives:

Under this framework, ECOWAS aims to take action in three areas: reducing its own carbon footprint to act as an example of what institutions can do; integrating mitigation and adaptation goals into regional policies and sectoral targets; and strengthening political dialogue among member states in order to raise their ambitions on mitigating emissions. 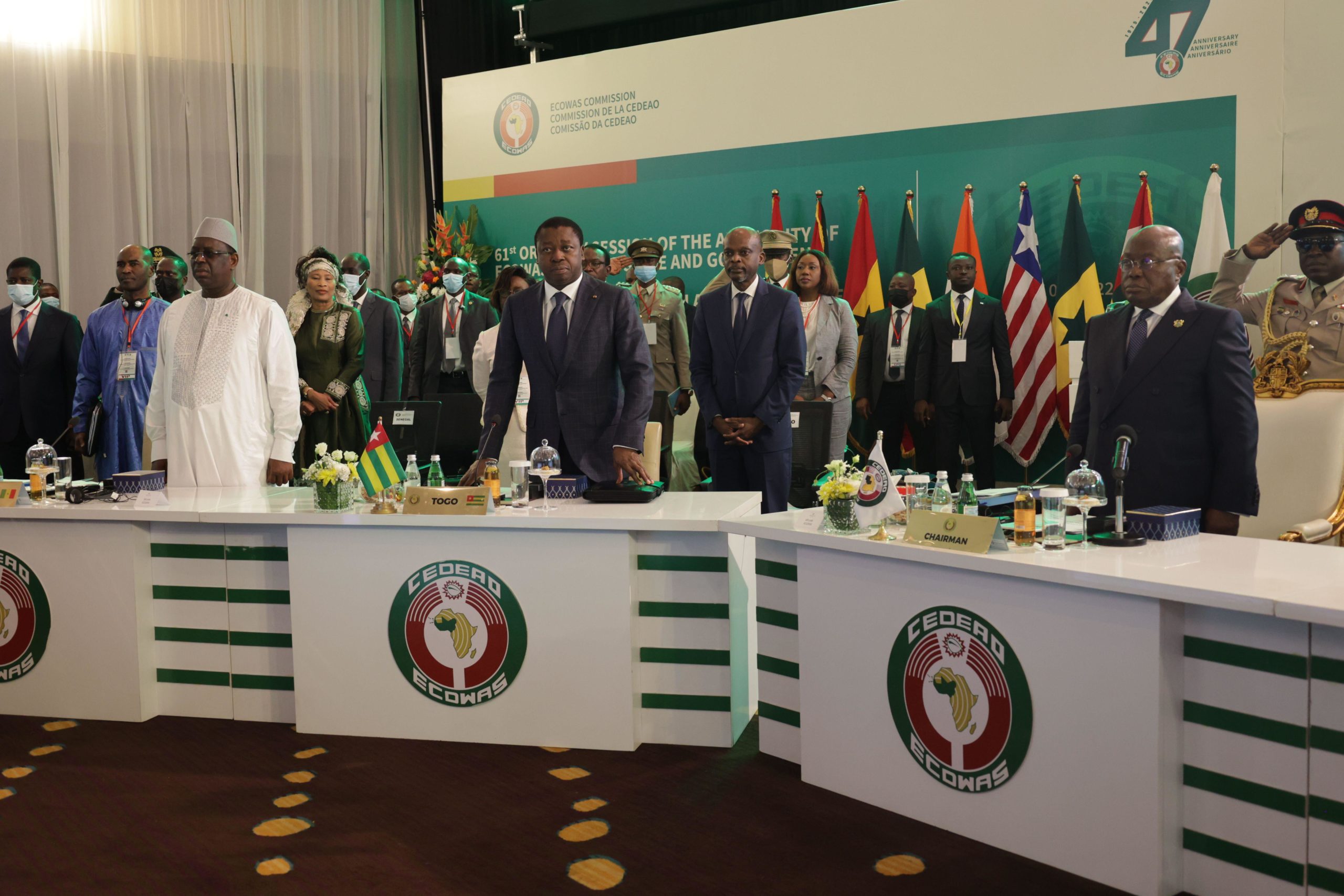 Nfamara K Dampha, a former director in the Gambia’s National Disaster Management Agency, praises the strategy for creating a platform for political coalition-building on climate justice and adaptation financing. These will be major themes at the upcoming UN climate talks in Egypt, adds Dampha, who is who is now a program director for the Natural Capital Project at the University of Minnesota.

“It’s also an opportunity to develop an aggressive and ambitious sub-regional climate mitigation commitment for reducing greenhouse gases, particularly from agriculture, forestry and land use, and promoting massive renewable energy technology development and deployment,” he argues.

Dampha also notes, however, that the strategy fails to build on the existing climate targets of member states. “I expected the strategy to explicitly declare a joint commitment for attaining a net zero goal or decarbonising West African economies by 2050,” he says.

Too little, too late

While the initiative has been commended for bringing together member countries to take a joint approach on climate change, the plan has been criticised for its belatedness.

It comes 10 years after the launch of the East African Community Climate Change Master Plan, and after all ECOWAS member countries have submitted new or updated climate targets, known as nationally determined contributions or NDCs. As a result, domesticating the ECOWAS climate strategy may bring some difficulties for countries that already have climate-related policies in place, says Omar Malmo Sambou, lecturer in environmental science at the University of the Gambia.

“As commendable as the step is, I think it came a bit late as many countries within the bloc have already developed their national climate strategies and policies,” he says.

For Sambou, it would have been better if the strategy had come earlier to inspire the NDCs, rather than the other way round. This would have created more uniformity across NDCs and helped guarantee efficient implementation.

The strategy has also been criticised for lacking in detail on critical issues for achieving progress, including finance, leadership and defining the problems.

“I don’t think the strategy clearly states how it will secure financing for implementation. It doesn’t say categorically who these partners are and what is the nature of the partnership,” says Ovigwe Eguegu, a policy analyst at the consultancy Development Reimagined.

“If you cannot finance your agenda, then it is as good as not attainable.”

The University of the Gambia’s Sambou agrees that mechanisms for financing are unclear in the strategy.

ECOWAS’s Kouame downplays the omission, insisting that while financing for implementation had not been secured by the date of the strategy’s validation by member states in June, ECOWAS has involved the major regional financiers, such as the AfDB and the World Bank, in developing the strategy. “They are following the process and we are discussing with them about implementation,” he adds.

Moreover, the strategy has not assigned any leadership to facilitate progress in the three action areas, and it is unclear whether and where the strategy will have a secretariat.

“In building climate-resilient communities, the strategy failed to indicate institutional frameworks for implementation, mentioning only partners and/or stakeholders… The text needs improvement [on this front],” Sambou told China Dialogue. “It is also necessary to have an ECOWAS climate secretariat to ensure effective and efficient implementation.”

Eguegu points out that the strategy does not specifically address the problems caused by climate change in the region. Rather, attention is paid to bureaucratic issues such as partnership and competence building.

“It does not go deep into how each of these problems is going to be addressed… because they understand that without enough coordination, competence and good partnerships, even the best strategy will not be successful,” he tells China Dialogue. “I think it is just a start and the beginning of major developments going forward.”

Dampha stresses that the plan fails to explicitly point out the urgency of addressing climate risk impacts on vulnerable groups such as women, children, displaced persons, disabled people and rural dwellers living in extreme poverty.

He also sees the strategy as failing to outline a positive vision for West Africa’s role in the transitioning world.

Pieces of the puzzle

While the ECOWAS Regional Climate Strategy falls short on a number of fronts, it has for the first time brought all 15 member states of the bloc onto one page in responding to climate change.

Other layers of government working on climate will continue to push the strategy forward including, from below, the member states themselves and, from above, the broader development strategies of the African Union, such as its Agenda 2063.

The outcomes of this year’s climate talks, in which adaptation and climate finance will be a major focus, will impact on the strategy’s implementation. They may also lead to it being improved.

‘Cascading’ climate risks in the Middle East and North Africa

How can China help South Africa achieve a just transition?