There’s been so much news about the Covid-19 crisis recently that it’s hard to imagine that less than a year ago climate change – the “most systemic threat to humankind” in the words of UN Secretary General António Guterres – was one of the most widely reported and discussed topics.

Climate reporting experienced a surge in 2019. A survey of 100 major global media outlets found a 73% increase on reports on climate change compared to 2018. Oxford Dictionaries made “climate emergency” the 2019 Word of the Year, as use of the term had increased 100-fold over the course of the year. The youth-led Fridays For Future movement spread to over 150 countries. And extreme weather events, wildfires and glacier-loss combined with the global climate movement to create high levels of public concern, with more media outlets reporting on the issue and exploring new forms of reporting. Covering Climate Now, a global news initiative organised by journalists that describes itself as “committed to more and better coverage of the defining story of our time”, had signed up 400 outlets by the end of last year.

To some extent, China’s climate reporting in 2019 reflected what was happening internationally. Incidences of the Chinese term for “climate change”, as tracked by Baidu’s News Index, increased five-fold on 2018, with topics such as the summer heatwave and Amazon fires being reported and subsequently widely discussed on social media.

While the Covid-19 pandemic has displaced climate change in the headlines, the climate emergency continues. Indeed, poorly designed economic stimulus measures could boost global emissions. Reporting and communications on climate change need to increase, not slow down because of the coronavirus.

This year, China Dialogue partnered again with the China Association for NGO Cooperation (CANGO) to hold the 2020 Climate Press Award. The awards committee selected the best examples of reporting and communications from over 50 pieces submitted by journalists and NGOs. On 24 July, China Dialogue and CANGO invited the writers of winning pieces and NGO representatives to join almost 70 of their colleagues in an online seminar to share their experiences and discuss the challenges to reporting on climate in China. 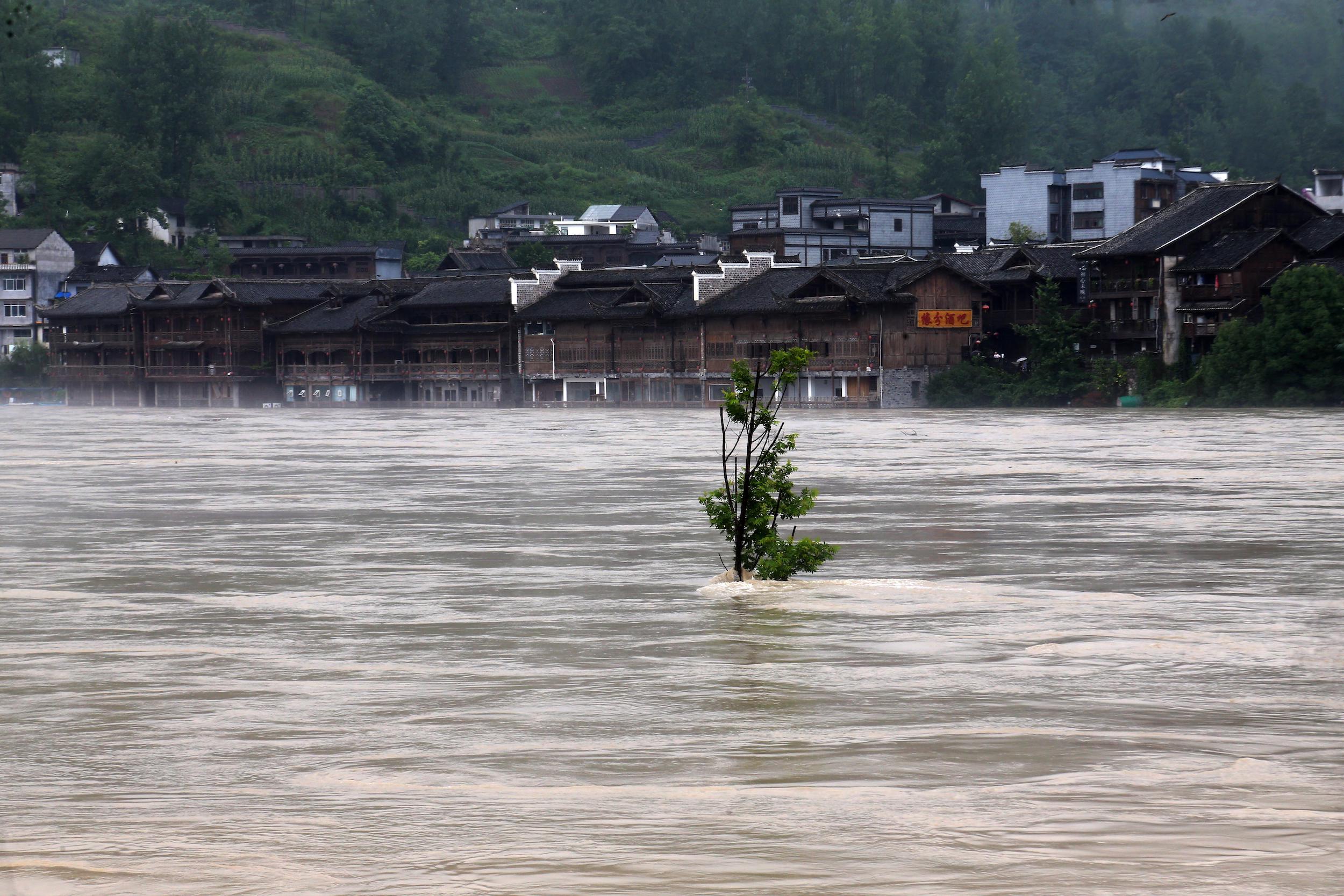 Chongqing experienced its worst floods in over two decades in June this year. (Image: Alamy)

Xia Zhijiang; Intellectual
The Muli forest fire was no surprise

Alongside the journalism awards, Greenovation Hub won the Best award for its communications work on the Madrid climate talks (educating the Chinese public about what the climate negotiations are about); and Greenpeace won the Second Best award in the same category for its public education campaign on the benefits of renewable energy.

Comments from the seminar participants

Jia Feng, director of the Ministry of Ecology and Environment’s Centre for Environmental Education and Communications

I think we still have a long way to go. For example, how can we combine climate change topics with the public’s daily choices and low-carbon changes? There’s a lack of research on this, and a lack of vivid and compelling stories. [Such stories] are needed to make the protection of the environment and the planet a matter of concern for Chinese society – not just government or business, but the people – so they implement green and low-carbon lifestyle choices. This is perhaps the ultimate aim of climate communications, and our mission.

Media workers and scientists have very different ways of thinking. Journalists always want to find a dramatic story, scientists are in search of scientific truths. If journalists want to tell climate and environment stories well, they need to understand mainstream scientific thinking on climate issues and even learn the ‘unwritten rules’ of science, so they can find the information they need faster.

And we should also look for ways to include wider social angles in typical climate issues, to take a more overall view of the complex relationships between the climate, society and the economy. Including more compelling social angles in climate reporting, or adding in the policy implications, will also make it more accessible.

The key to climate reporting is journalists understanding of the issues. Looking back at writing that piece, I still think the overall content (high temperatures and global warming) needs to be better connected to everyday lives and people, to make it easier to read and interesting. So when writing on science and the climate, alongside our conventional reporting we can try linking these topics to matters of public concern, to better reach the readers.

Finally, when interviewing scientists, I make an effort to bring up issues of public concern, or general knowledge. I think it’s a process of creating a dialogue between scientists and the public. For scientists who don’t pay much attention to communicating with the public, journalists can act as a bridge. And it’s best if scientists have some good ways of explaining their work.

Those of us involved in climate communications often hear questions like “What has climate change got to do with me?” or “How effective are small changes I make going to be?” Or people ask what the climate movement has achieved after all these years. These are barriers to understanding that we have to overcome in our work. There’s a certain threshold to understanding climate issues, and if we want the public to be more accepting, we need to help them over that threshold, or even tackle misunderstandings. For example, some people think low-carbon development is more expensive and will reduce GDP. You need to remove those misunderstandings before you can have a smooth dialogue.

If climate communications are to reach a wider audience, they need to be aimed at various types of people. You can’t just talk about how many degrees temperatures are going to rise by, you need to discuss the impact this will have on various industries and people’s actual lives, to narrow the gap between the issue and their realities. I also think we should focus on individual stories that reflect a wider picture, because using social issues to approach climate change will get a better response from the public. For me, all news is climate news.

Why are experts calling for a green stimulus?

Is the environment still a priority for China in the post-pandemic era?

Can China build back greener?

Hopes for EU-China climate deal centre on a green recovery