“Widespread, rapid and intensifying” – international scientists have not held back on the scale of the climate emergency in their biggest update to climate science since 2014. With less than 100 days to go until major negotiations at the UN’s COP26 in Glasgow, campaigners and vulnerable countries are watching closely to see if the warnings are sufficient to catalyse action.

Scientists from the UN’s Intergovernmental Panel on Climate Change (IPCC) warn in their latest report that without immediate, rapid and large-scale reductions in greenhouse gas emissions, it will not be possible to limit warming to close to 1.5C or even 2C – the level governments agreed to in the 2015 Paris Agreement.

The key messages in the IPCC’s report – which is drawn from the findings of over 14,000 scientific studies – include that changes to the Earth’s climate are being seen in every region of the world, and across the whole climate system. Some of the changes already underway, such as sea level rise, cannot be reversed for hundreds or thousands of years, they said.

Emissions of greenhouse gases from human activities are responsible for 1.1C of warming since 1850-1900, it states. The IPCC has scrutinised various scenarios for when global temperature is expected to reach or exceed 1.5C of warming, and found a more than 50% chance of this happening in the next 20 years.

As temperatures rise, changes in the climate system such as high temperatures, heavy precipitation and tropical storms will become more extreme as impacts compound, it warns. Carbon sinks on land and in the ocean – which currently absorb more than half of the world’s emissions – will become less effective at slowing down the accumulation of CO2 in the atmosphere as emissions rise.

The scientists judge that tipping points, such as ice sheet collapse and abrupt changes to ocean circulation, are low-likelihood, but cannot be ruled out.

The report, known as AR6, reflects several recent advances in climate science. For example, research into the links between extreme events and human activities, known as the science of attribution, has become much more sophisticated, thanks to increased data, higher-resolution models and new analytical techniques.

Human activity contributed to 84-90% of marine heatwaves since 2006, and has very likely been the main driver of glacial retreat since the 1990s, the reduction of Arctic sea ice since the 1970s, the decline in spring snow cover in the northern hemisphere since 1950, and global sea level rise since at least 1970, they said.

The increased accuracy of attribution science has substantial implications for law and litigation, according to lawyers at environmental law charity ClientEarth. “Governments and businesses may increasingly be found liable for failure to act on preventable climate-related harm. The boards of individual fossil fuel companies should be preparing for their day in court,” said ClientEarth’s director of climate and energy, Maria-Krystyna Duval.

The report also contains more detailed projections of impacts in different regions. Examples include more extreme rain in all regions of Europe except the Mediterranean. In East Asia, landslides are expected to become more common in mountain areas due to an increase in the frequency and intensity of heavy rain.

Over the Amazon, by the end of the century, the number of days per year where temperatures exceed 35C is expected to increase by between 60 and 150 days, depending on how far emissions are cut. And in southwestern South America, melting from glaciers and permafrost is expected to reduce river flow, and potentially cause flooding as glacial lakes overflow.

There will be increased droughts and fires in Southern Africa, the Mediterranean, the Amazon, the western United States and Australia. 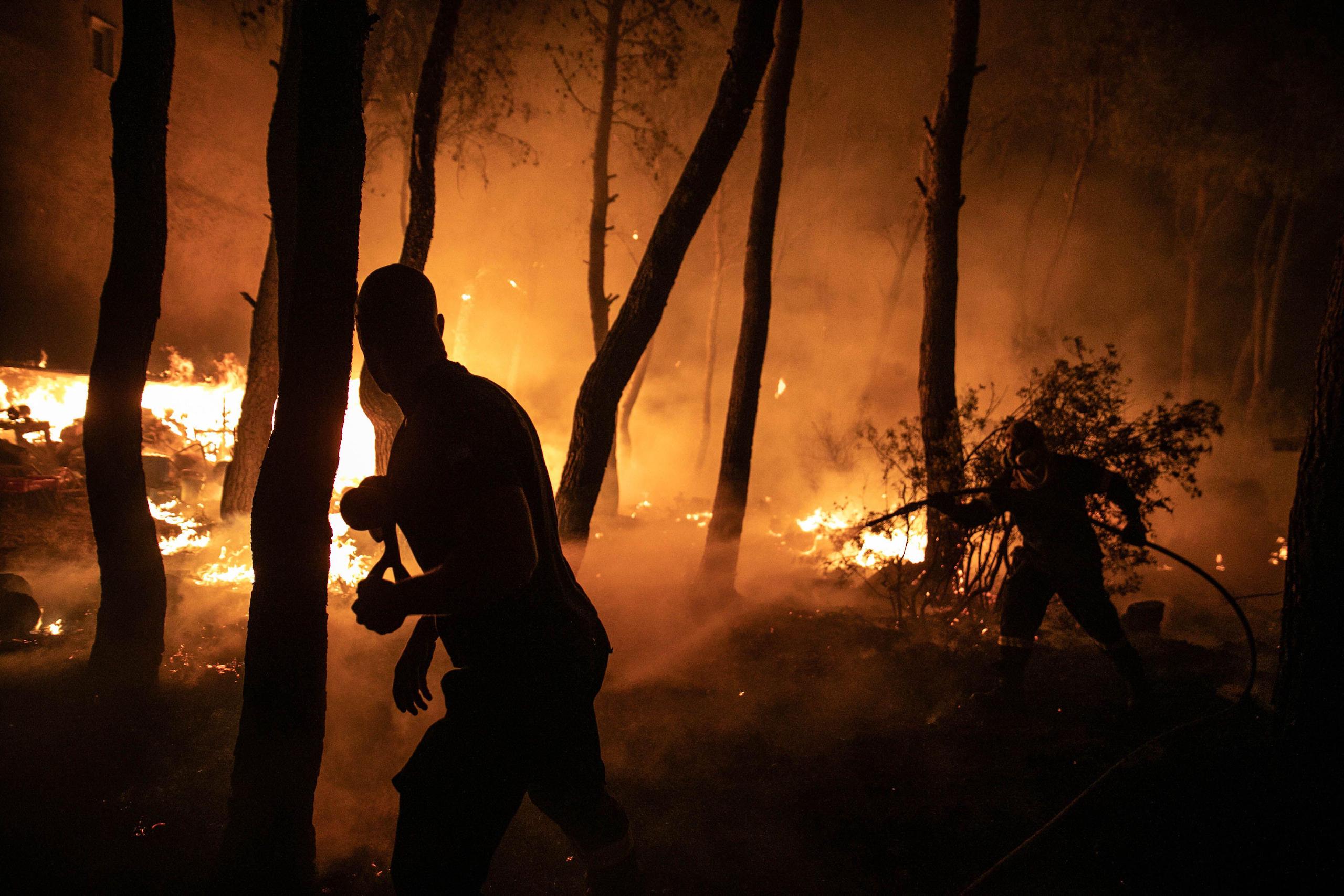 Firefighters battle a wildfire in the north of Athens in August this year (Image: Lefteris Partsalis / Alamy)

“We expect to see new extremes that are unprecedented in magnitude, frequency, timing or in regions that have never encountered those types of extremes,” said Valérie Masson-Delmotte, co-chair of the working group who wrote the report.

She stressed the importance for policymakers worldwide to prepare for the possibility of these intensified extremes in future years, rather than basing decisions using the traditional approach of considering how frequently they happened in previous years.

The report, which focuses on changes to the physical climate system, is the first of three the IPCC is producing as part of its Sixth Assessment, with further reports on mitigation and adaptation to be published in 2022.

But AR6 is the only one to be published ahead of UN climate negotiations at COP26 in November. Importantly, it states that climate change can be limited if reductions in greenhouse gas emissions are “strong and sustained”, and aggressive action begins today. Global temperatures could stabilise, though that could take 20-30 years, the IPCC says.

Tina Stege, climate envoy for the Marshall Islands, and member of a group of countries pushing for ambitious climate action known as the High Ambition Coalition, said she hoped the report would provide the “galvanising force” needed for an ambitious outcome in Glasgow.

Success at the COP would include all countries – particularly members of the G20 – producing national climate plans aligned to keeping temperature rise to within 1.5C, she said. An end-of-July deadline for updated plans to be submitted to the UNFCCC (United Nations Framework Convention on Climate Change) was missed by 80 countries, including China, India, Saudi Arabia and South Africa.

National emissions reduction plans submitted to the UN so far do not put the world on track to limit global heating to 1.5C, according to a UN report considering plans submitted as of the end of 2020. The UN is to publish a new assessment of plans in September.

Stege said the report demonstrated the need for more focus on adaptation to climate change, which has so far been neglected. “We also need to see a scale-up of financing to ensure that all countries can build their resilience against this crisis.”

Ambassador Diann Black-Layne of Antigua and Barbuda and lead climate negotiator for the Alliance of Small Island States (AOSIS), pointed to the report’s confirmation that small islands were seeing worsening cyclones and sea-level rise.

“Near-term action to assuage the worst of the man-made climate impacts is crucial, and the barriers put in our way are the result of the fossil fuel industry’s fight against losing its power,” she said.

Tom Evans, researcher at think-tank E3G, said that the timing of the report, with fewer than 100 days to COP26, was significant. Countries pushing for ambitious action, such as the UK, EU and US, as well as poorer countries in the High Ambition Coalition and AOSIS, would use it to push for action that would keep temperature rise within 1.5C, he said.

“As countries respond to it, it’ll be clear where parties lie. Do they accept the science and what it means for their policies, or will they continue to deny it? I think it will galvanise people along those lines,” he said.

Evans believes the IPCC report would be used as a way of measuring the success of the COP. “People didn’t have that benchmark in mind six months ago,” he said.

Stege added: “I can’t see how any political leader or climate negotiator could read this report and fail to be moved to act. The report’s finding that every single region of the world will be affected should spark the urgent and drastic cuts we need to avoid breaching 1.5C.

“The implications of continuing on a high-emissions course should transcend any diplomatic divides that get in the way of progress,” she said.

What would success look like in this ‘climate super year’?