Indonesia’s latest climate plan, released shortly before the COP27 climate talks, still involves coal and fails to align the country with a pathway that keeps global warming within 1.5C. However, a major foreign investment deal – the Just Energy Transition Partnership – subsequently announced at the G20 summit in Bali could accelerate the transition if the government put the right policies in place.

In its national climate plan, known as an enhanced nationally determined contribution (NDC), Indonesia has made only a slight change to the initial greenhouse gas targets it submitted following its ratification of the Paris Agreement in 2016. By 2030, the country will reduce emissions by 31.9% compared to a business-as-usual scenario, up on the 29% in the 2016 plan. If given appropriate international financial support, it will cut emissions by 43.2%, up from 41%.

The NDC provides no detail on phasing out the country’s coal power plants, which has been called for by environmentalists for years.

Critics say the plan is insufficient. According to an analysis by Climate Action Tracker, Indonesia’s unconditional reduction target should be set at 62% to meet the high-ambition 1.5C warming limit nations agreed to in the Paris Agreement.

However, the Just Energy Transition Partnership (JETP) is expected to mobilise US$20 billion in public and private financing over a period of three to five years, which could push Indonesia to achieve significant new targets and policies to reduce emissions, particularly in the power sector.

The JETP will allow Indonesia to move its power sector peaking date forward by approximately seven years, to 2030, reducing emissions by more than 300 megatons by that year and well above 2,000 megatons by 2060, compared to the current trajectory. The country’s net zero target can be moved forward by ten years, to 2050.

Indonesia will also be able to accelerate the deployment of renewable energy, which will account for at least 34% of total power generation by 2030, effectively doubling the target for total renewables installation over the course of this decade compared to current plans.

The investment is expected to move swiftly according to a written joint statement from Indonesia and its international partners. They will develop a “comprehensive investment plan” in the next six months.

Andri Prasetiyo, program manager at Trend Asia, said the JETP can push Indonesia’s energy transition but the government needs to issue concrete policies “immediately because at the moment we are still relying heavily on coal”.

Indonesia’s enhanced NDC raises the target for reducing emissions from the energy sector to 358 million tonnes of CO2 equivalent (MTCO2e), up from the 314 MTCO2e in the “updated” NDC that was submitted in 2021.

The reduction in emissions will be possible thanks to a higher target for renewable energy capacity: 20.9 GW, up from 7.4 GW in 2016. The plan also includes building rooftop solar in residential, commercial and industrial sectors, and a target of 15.1 million electric vehicles and 18.1 million electric stoves by 2030. 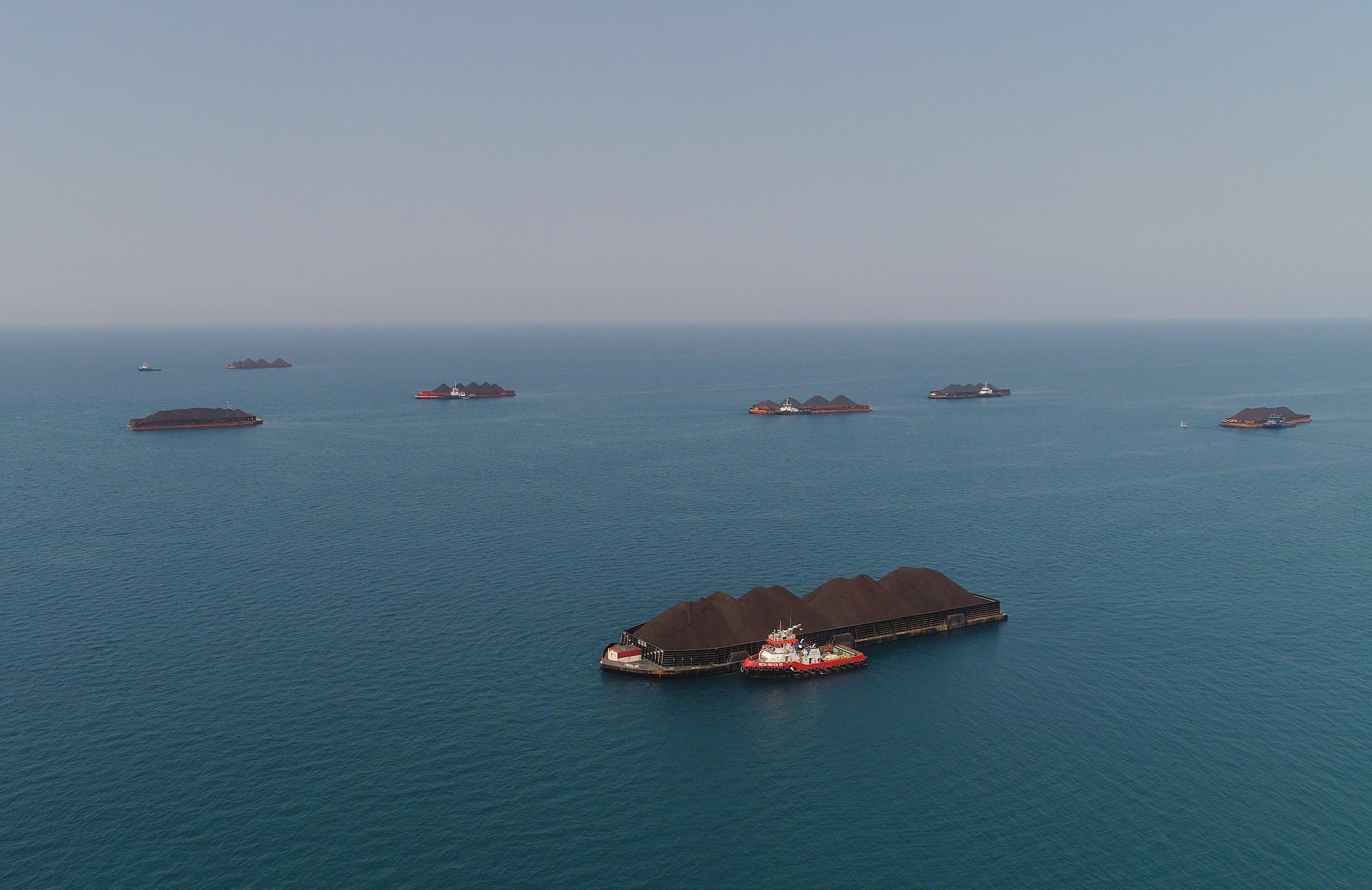 However, observers quickly spotted that coal remains everywhere in the document, accusing the government of failing to solve the country’s pressing issues. Indonesia heavily relies on coal as its main source of energy and is also one of the worlds’ largest exporters.

Adila Isfandiari, climate and energy campaigner at Greenpeace Indonesia, says the new NDC still allows coal burning to produce at least 30% of the country’s electricity in 2025, and 25% in 2050. This contradicts the recommendation from the UN’s climate science body to reduce coal in the electricity sector by 80% from 2010 levels by 2030, and a complete phase out in 2040, to keep 1.5C alive.

The government plans to use “co-firing” of coal and biomass in coal-fired power plants, which would require 9 million tonnes of biomass per year. An IEEFA analysis finds this would necessitate a large biomass industry that would face significant technical and financial challenges, particularly in obtaining high-quality material. Mixing in 5% biomass only reduces CO2 emissions at a coal-fired power station by 3.2%, according to researchers in the US. There is also the risk of increased carbon emissions due to clearing land to grow the biomass, the biomass pellet production process, and distribution.

The enhanced plan still includes the construction of a new 13.8 GW coal power plant, to be completed in 2030.

“Early retirement of coal-fired power plants should be done as soon as possible to make room for the development of renewable energy. We cannot wait for another year,” Adila said.

However, the enhanced NDC states it is a stepping stone towards a 1.5C-compliant pathway. Siti Nurbaya Bakar, minister for environment and forestry, said: “We will submit our second NDC in 2024, and we will include a coal phase-down in it as part of our step-wise approach within the framework of a just energy transition.” The JETP is likely to feed into the 2024 NDC, making it more ambitious.

Meanwhile, Laksmi Dhewanthi, director general of climate change control at the environment ministry, says the improved emissions reduction target in the NDC reflects policy developments and efforts to reduce emissions. These include the ministry’s own “Forest and Land Use Net Sink 2030”, a domestic policy that envisions land and forest CO2 absorption exceeding emissions by the end of the decade.

Laksmi did not elaborate on how the government calculated the numbers in the enhanced NDC. Instead, during a speech at the Indonesian climate festival in October, she pointed out that the crucial sectors are included: forestry and land use, and energy, which together dominate Indonesia’s emissions. Waste, industry and agriculture are also included. ​​“The new target is also to reflect our commitment since COP26 in Glasgow, as well as to demonstrate leadership regarding Indonesia’s current G20 presidency,” Laksmi told the climate festival.

Indonesia, one of the world’s largest greenhouse gas emitters and an emerging economy, emitted 602.6 million tonnes of CO2 in 2021. For comparison, China emitted 11.9 billion tonnes.

Adila says Indonesia’s effort to raise its climate targets is a ray of hope that could pave the way for other developing and strong economies to follow suit. The country is one among only 24 that submitted new or updated climate plans ahead of COP27, despite all having agreed to revisit and strengthen their NDCs following COP26 in November 2021.

In late October, the UN condemned the failure of countries to act on climate change swiftly enough, saying that current pledges were insufficient to save the planet from a catastrophic climate disaster. While the world is bending the curve on emissions, much deeper cuts are needed to limit the global average temperature rises to 1.5C.

Madani Berkelanjutan, an Indonesian non-profit, calls the new target “progress” but doubts it has the power to influence other countries, least of all the biggest economies and emitters such as China and the US.

“Unfortunately, Indonesia has not used much of its diplomacy to push issues such as climate change or stronger climate commitments with other countries,” says Yosi Amelia, forest and climate researcher from Madani Berkelanjutan.

Instead, it is far more urgent for rich countries to make up the broken promise to provide financial assistance of $100 billion per year in climate finance to poor countries by 2020.

“Let’s not forget that rich countries also have to increase their climate ambition and accelerate the transfer of knowledge and technology to developing and poor countries that have vast areas of forest,” she stressed.

One promising target cut concerns forestry and land use. With the enhanced NDC, emissions from this sector are expected to fall from 647 MTCO2e in 2010 to 214 MTCO2e in 2030. With international assistance, the Indonesian government believes emissions could even be negative, reaching -15 MTCO2e by 2030. Restoration of peatlands and limits on deforestation would be necessary to achieve the goal.

Oddly, however, the deforestation quota has risen in the enhanced NDC, Yosi points out. The new document states that the government plans to limit forest loss to 359,000 hectares (compared to 325,000 hectares in 2021) per year through its own efforts, and to 175,000 hectares annually with financial assistance.

Adila says Indonesia’s climate targets can be pushed higher and encourages the government to forget coal and focus instead on boosting the development of renewable energy.

Meanwhile, Yosi says it is possible to increase the emissions cuts in the forestry sector. “Indonesia should be more optimistic about reducing its deforestation quota, given that the rate has been successfully reduced in recent years.”

Yosi adds that the government should be able to focus on meeting its targets with the support of numerous international collaborations, including the REDD+ RBP, the World Bank’s BioCarbon Fund, the Forest Carbon Partnership Facility (FCPF), and the reopening of bilateral cooperation with Norway.

Herry Purnomo, senior scientist at the Center for International Forestry Research (CIFOR), says: “It is also important to note that these targets and their realisation are monitored accurately and can be verified in a transparent manner.”

Opinion: Indonesia must push for renewables pivot from coal backers Japan and China