Fires threaten the Amazon once again. What have we learned? - China Dialogue
Skip to content

This year’s Amazon fire season is already breaking records. In July, there were 27% more fires in Brazil’s portion of the world’s largest rainforest than last year, when images of trees ablaze shocked the world. And the numbers are still rising.

The fires became an unwelcome hallmark of the administration of Jair Bolsonaro, Brazil’s far-right president, after he took office in 2019. Though Brazil has invested millions in fighting fires in the Amazon since last year, the root of the problem remains intact.

The fire season comes as Brazil’s soy and beef exports are booming, raising concerns among foreign investors and business leaders that they’re profiting from the Amazon’s demise.

“This story that the Amazon is burning is a lie,” said President Bolsonaro in a recent meeting. But Brazil is struggling to change the narrative around the crisis. And this year’s fire season has intensified the focus on its environmental problems.

So what, if anything, has changed?

What’s different about the Amazon fire season this year?

In short, there is more dead wood available to feed the flames.

When political and business leaders across the globe expressed outrage last year at Brazil’s inability to stop the Amazon burning, former army captain Bolsonaro sent in the military.

Data suggests that helped curb fires in the ensuing months, but deforestation kept rising and the military didn’t hold the perpetrators accountable. That means that this year, farmers and land grabbers are free to burn what they meant to last year, plus all the trees they’ve cut down since.

Research from the Amazon Environmental Research Institute (Ipam) calculates that roughly 9,000 square kilometres of destroyed forest have been left to burn as of August this year. If 60% goes up in flames, this year’s season will be as bad as last year’s. If all of it burns, however, it could lead to “an unprecedented health calamity” in the region by adding to the effects of Covid-19, Ipam wrote.

Did the world’s outrage last year make a difference?

Yes, but there have been no significant changes in policy or in farmers’ profit margins.

Investors from Brazil and abroad reacted strongly to the government’s inability to control deforestation and fires. Links between environmental destruction and the supply chains of major agribusiness players have also been spotlighted.

the year by which Cofco, China’s largest grain trader, pledges to have a fully transparent soy supply chain

The government made setting fires in the Amazon illegal after a group of global investors said it was concerned about the country’s environmental record. Yet inaction led Nordea Asset Management, the investment arm of Europe’s largest financial services group, to drop JBS, the world’s largest meat packer in July. HSBC also warned investors about the risk of investing in JBS, arguing the company was unable to monitor its own supply chain for connections to illegal activity. China’s Cofco, one of the biggest trading companies in Brazil, promised to make its soy supply chain fully traceable by 2023.

Still, there has been little sign that investors have taken significant amounts of money out of Brazil because of environmental issues, and exports of agricultural products are booming, even as their links to illegal deforestation become apparent.

While the Chinese press has acknowledged the increase in deforestation in the Amazon in recent months, Chinese investors and business leaders haven’t mirrored US and European firms’ threats to divest their Brazilian assets if the issue isn’t effectively addressed.

Action from China could have major positive consequences, researchers say, as the Brazilian meat industry’s dependence on Chinese buyers continues to grow. Many farmers believe that if European firms boycott them, they can simply offset their losses by turning to China. 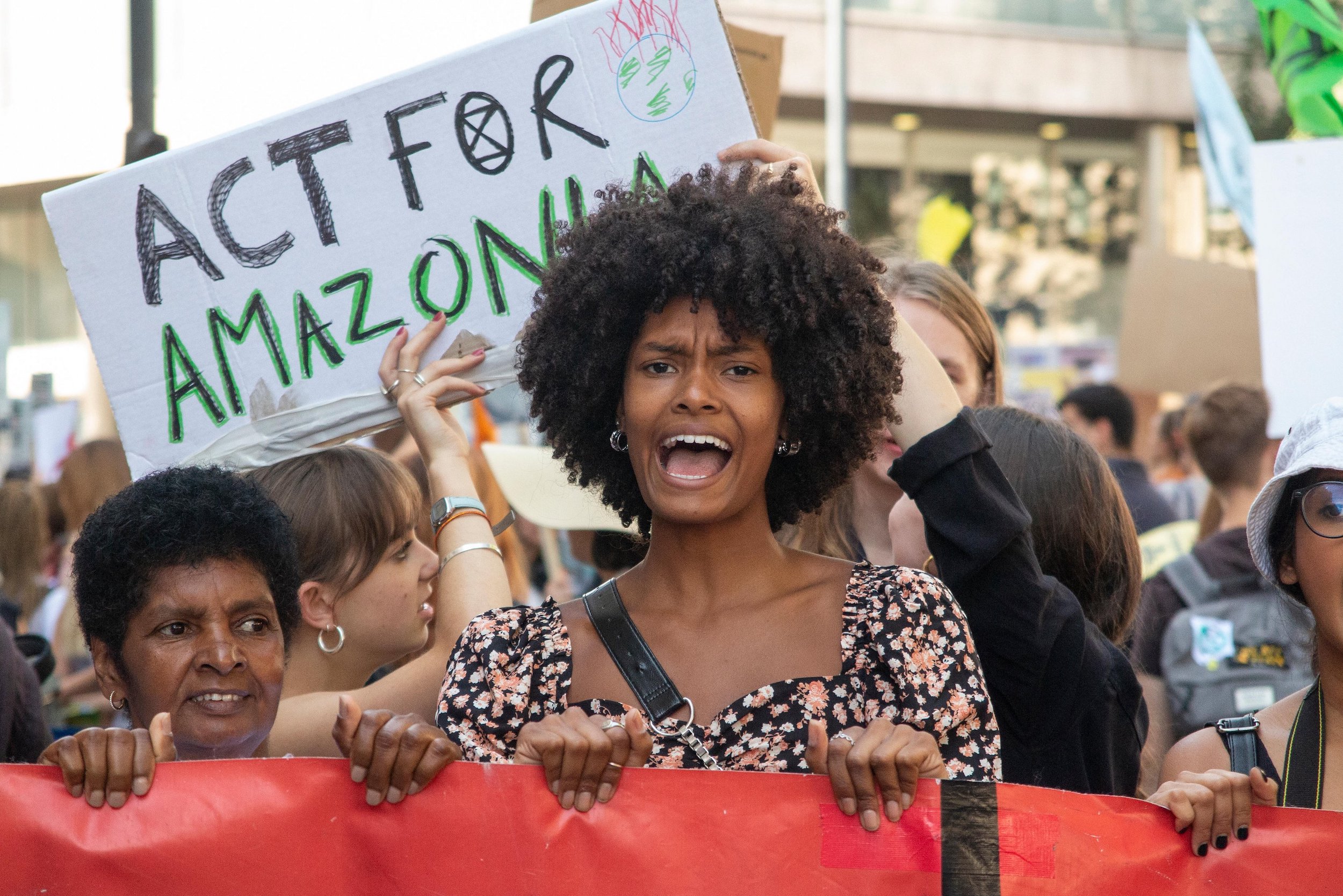 Activists protest against the Amazon fires outside the Brazilian Embassy in London (Image: Alamy)

Chinese officials have so far avoided taking a stand against surging deforestation in Brazil. During last year’s fire season, the number two ranking diplomat at the Chinese embassy in Brazil praised local environmental laws. And at a press conference earlier this year, Chinese diplomats ignored journalists’ attempts to elicit comments on deforestation in the Amazon.

Suely Araújo, who was head of Brazil’s main environmental protection agency, Ibama, until last year, said international pressure in the late 1990s was behind the country’s most important law against environmental crimes.

“If there is one way this government will improve its policies in this area, it is through international pressure,” she said.

What has the government done differently since last year?

The government’s move to put the military in charge of protecting the Amazon has been critisied by environmentalists as a lot more expensive and a lot less effective than empowering environmental agencies.

The government spends roughly 60 million BRL (US$11 million) per month on its Amazon military task force, only a little less than Ibama’s annual budget for law enforcement.

Throwing money at the problem hasn’t worked so far. Deforestation has kept rising and fewer environmental crimes have been reported, as funding to the environmental agencies has been slashed. The Brazilian government has also repeatedly punished Ibama agents for doing their jobs – once firing the head of law enforcement after a massive, successful operation against illegal mining.

“Militarising deforestation-control is not efficient,” Araújo said. “They don’t have the expertise.”