US$300 billion a year by 2030, and $500 billion by 2050. Those are the estimated annual costs for developing countries to adapt to increased floods, droughts, heatwaves and other extreme weather.

The numbers, from the latest adaptation assessment by the UN Environment Programme (UNEP), published last week, paint a stark picture of the widening gap between what is needed and what is being provided.

Developing countries received just $79.6 billion in 2019 for both climate mitigation (reducing greenhouse gas emissions) and adaptation (adjusting to actual or expected climate impacts). This fell short of the annual $100 billion richer nations had promised to provide by 2020, with adaptation receiving only 25% of the total. Overall, UNEP estimates that adaptation costs in developing countries are five to ten times greater than current public adaptation finance flows.

That gap is widening, both because finance is not flowing quickly enough or in sufficiently large quantities, and because damages caused by climate change are happening at lower levels of warming and more ferociously than scientists had previously predicted, according to Anne Olhoff, head of strategy, climate planning and policy at UNEP DTU Partnership, who was speaking at the launch of the report.

Finance for adaptation has become a key issue for negotiators at COP26. The Alliance of Small Island States (AOSIS) and the Climate Vulnerable Forum – two groups of poorer countries involved in negotiating at COP26 – have been demanding for months that adaptation finance is doubled which would see overall climate finance split evenly between adaptation and mitigation. 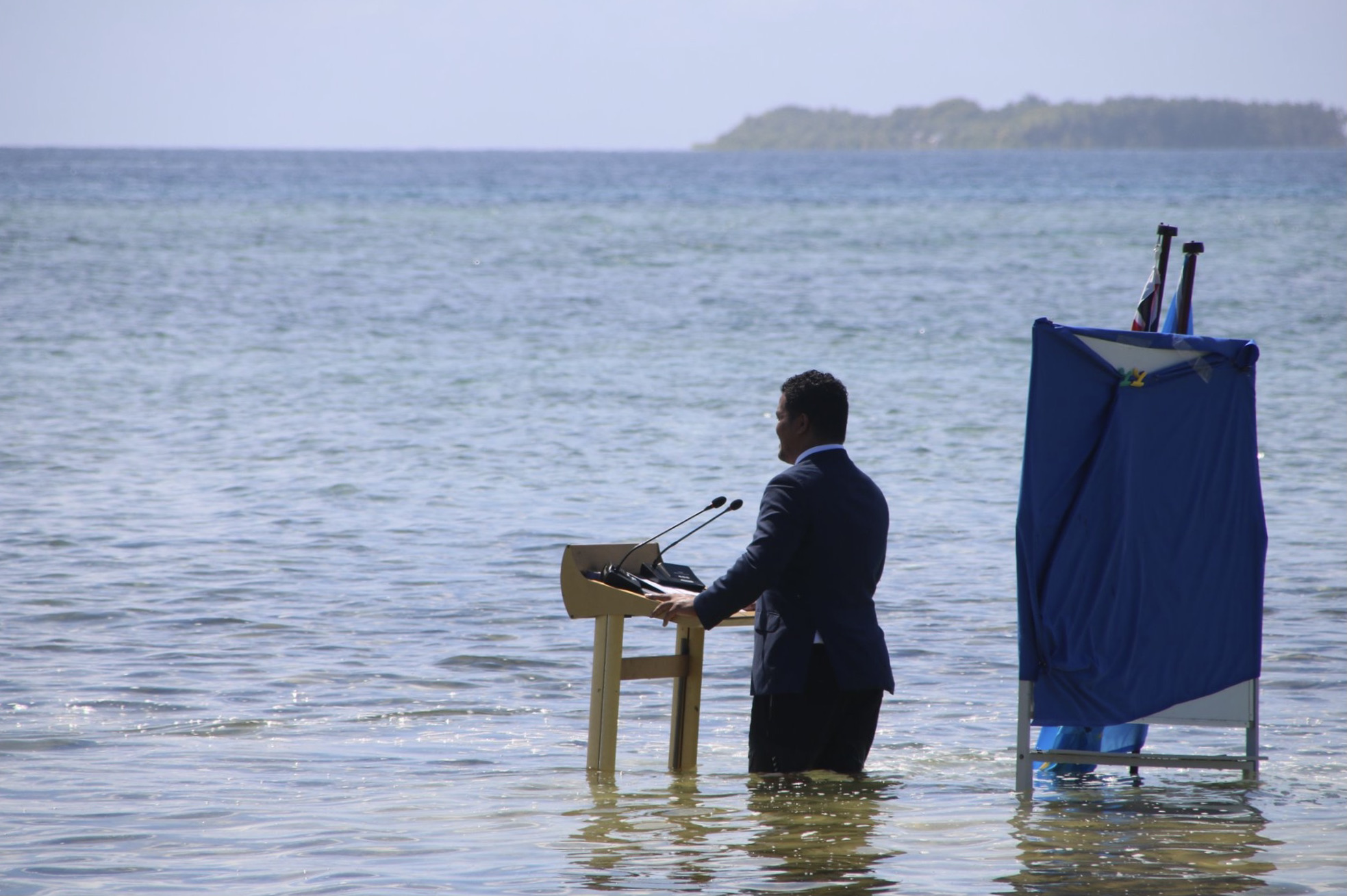 Scientists are clear that the impacts of climate change will continue to worsen, even if emissions are reduced in line with holding global average temperature rise to 1.5C above pre-industrial levels. Economic losses due to weather, climate and water extremes have increased from $175 billion in 1970–1979 to $1.38 trillion in 2010–2019, according to the latest assessment by the World Meteorological Organization.

Low- and middle-income countries have borne a disproportionate share of these losses, which are sending them further into debt. This is exacerbated by the fact that 71% of adaptation finance is provided as loans instead of grants, and even then it can take years for developing countries to access the funds.

Out of $2 billion received by small island states in 2018, 50% was in the form of loans, according to Janine Felson, deputy head of the Belize delegation at COP26, and coordinator on finance for AOSIS.

“That’s a lot. We already had high debt-to-GDP ratios prior to Covid, but since then it has skyrocketed. In Belize, we’re now at 127% of debt to GDP – that’s double the threshold of a sustainable debt. We shouldn’t really be asked to pay for the consequences of others’ emissions,” she says.

The climate finance landscape is very fragmented, with different criteria for different funds, she explains. “It takes a lot of effort to try to meet the criteria for these funds. Some projects have taken three years before they actually get to approval. We don’t have three years. Every year is a hurricane cycle. Every year is another impact. We need action fast,” she says.

Shamiso Banda Najira, deputy director of environmental affairs at Malawi’s energy ministry, agrees that current access to climate finance is far too slow and bureaucratic. Malawi has piloted several adaptation projects. These include creating a bakery business to provide a community with an alternative to cutting down trees to sell as firewood. The government wants to roll out such projects to more communities, in order to reduce their dependence on natural resources, but is still waiting for the finance to do so.

What about loss and damage?

An even thornier issue remaining to be solved at COP26 is loss and damage. This refers to impacts of climate change that cannot be adapted to, and where losses are permanent. It covers both slow-onset processes like sea-level and temperature rise, and extreme events such as floods, hurricanes and tropical cyclones.

Though first mentioned in a document by the UNFCCC (United Nations Framework Convention on Climate Change) in 1991, developing countries complain that richer nations still do not want to discuss loss and damage.

It was included as a separate article in the 2015 Paris Agreement, putting it on an equal footing with mitigation and adaptation, but a caveat was included that this did not provide a basis for liability or compensation.

Developed countries are not keen to talk about the issue, according to Sven Harmeling, global policy lead on climate change and resilience at anti-poverty campaign group CARE International.

“There’s a fear that it’s a slippery slope. Once we start discussing it, then what? Everything to do with loss and damage is just adaptation in their view,” Harmerling says. “Though there are definitely overlaps, it’s also important to note that we have advanced so far in the climate crisis that there will be significant damages even if we scale up adaptation immediately.”

The time for rich countries to avoid talking about it is over, he says. He believes there’s a need to “think about very practical approaches to deal with [the] problem, and finding additional money to pay for that.”

The official way to discuss loss and damage is through the Warsaw Mechanism, set up in 2012 by the UNFCCC. This has taken forward work on coordinating international dialogue on the issue, strengthening knowledge and enhancing action and support. Expert groups have produced good work, such as on displacement due to climate change, says Harmeling.

“There’s a fear for developed countries that loss and damage is a slippery slope. Once we start discussing it, then what?”

“But one thing it was never really allowed to work on is the issue of where new and additional finance will come from – whether it’s government, private sources or from polluters. That hasn’t been really on the agenda for many years,” he says.

At COP26, the UK presidency has placed a special emphasis on adaptation, making it the theme of Monday 8 November. The theme also includes loss and damage, following pressure from campaign groups and developing nations, according to Sven Harmeling.

COP President Alok Sharma told delegates at COP26: “Loss and damage has historically been seen as a polarising issue. But I am encouraged that the mood music has changed somewhat, and there is now a practical recognition that action is needed on this topic, in the face of growing impacts.”

What has COP26 achieved so far?

Developments on adaptation at COP26 have included $352 million for the UN’s Adaptation Fund, the highest single mobilisation to the fund, according to the UNFCCC. Governments announcing new funding include the UK, Sweden, Germany, Norway and Qatar, with the US and Canada contributing for the first time. The fund finances projects and programmes that help vulnerable communities in developing countries with adaptation.

The governments of Canada and the UK launched a new research alliance for adaptation, which will bring together universities, aid organisations and national governments to bridge the gap between academic research and communities hit by climate change.

On loss and damage, the Scottish government announced £1 million (US$1.35 million) to support a partnership with charity the Climate Justice Resilience Fund to help communities in East Africa, the Bay of Bengal and the Arctic repair and rebuild from climate-related events, such as flooding and wildfires. This is the first time money has been specifically earmarked for the issue by a government of a developed country, according to the Energy and Climate Intelligence Unit, who called it “an important act of leadership”. 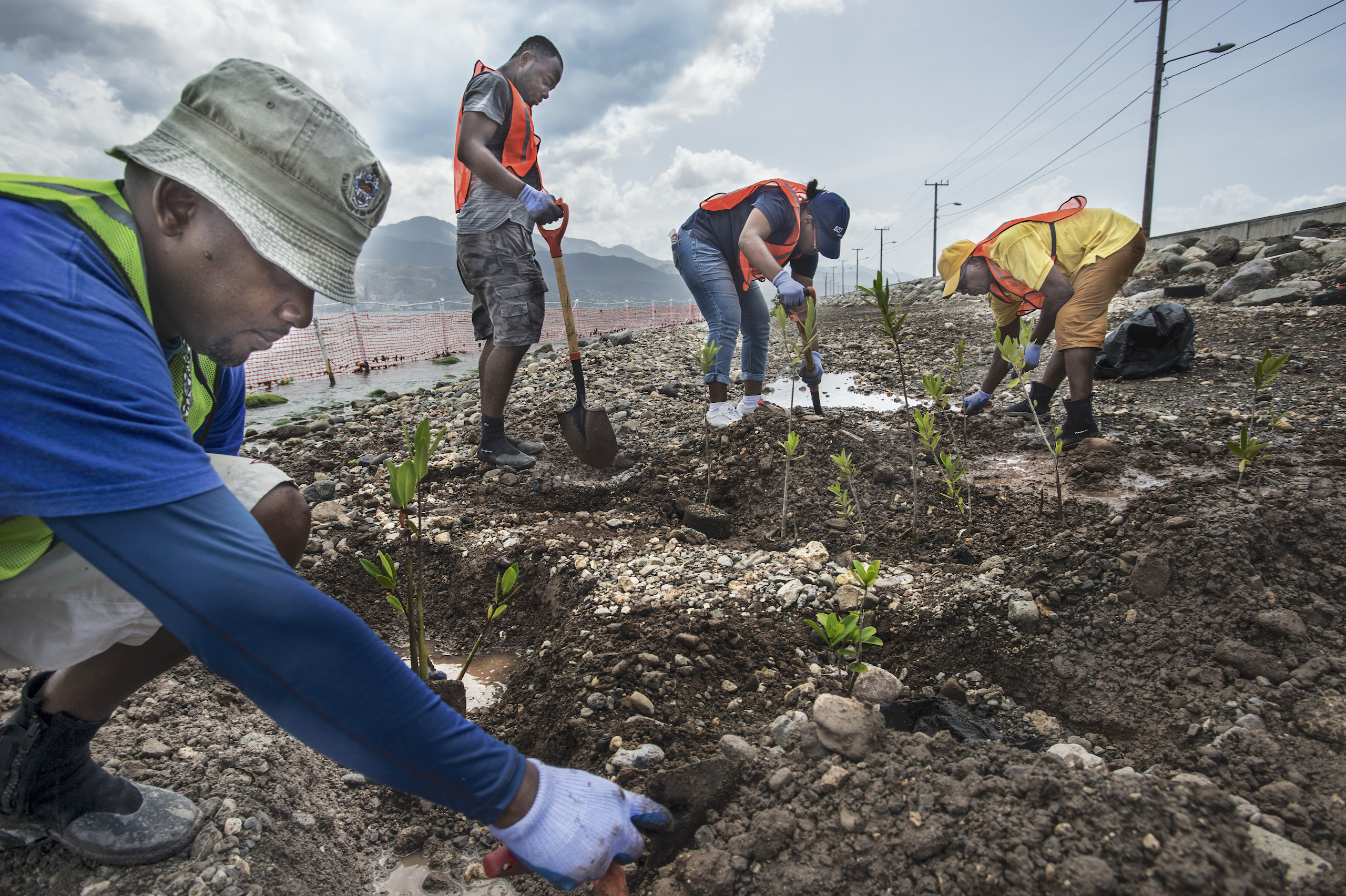 The first draft of a decision text from COP26 was published early on Wednesday morning. This stresses the urgency of increased ambition and action on mitigation, adaptation and finance. It “recognises” that adaptation needs will continue; “acknowledges” that climate change has already, and increasingly will, cause loss and damage; and “urges” developed countries, the UN and bilateral and multilateral organisations to provide enhanced support for activities addressing loss and damage. It does not provide any details, such as the process, structure or mechanisms for delivering funding.

Such vague language on adaptation and loss and damage has frustrated developing countries and campaigners. Mohammed Adow, director of energy and climate think tank Power Shift Africa slammed it as “very fuzzy”. He tweeted: “This won’t restore confidence or international cooperation needed.”

Developed countries need to acknowledge the shortfall in finance provided, at least double adaptation funding, provide finance for loss and damage, and commit to a process for future finance, he added.

Clare Shakya, director of climate change at the International Institute for Environment and Development, welcomed the recognition in the text of the problems poorer nations face in accessing finance, but said it needed to be much more specific about how this will be solved.

“COP26 needs to also do more than simply acknowledge the debt issues faced by countries due to climate impacts, and call for action by the International Monetary Fund in supporting debt for climate and nature swaps [where debt payments are written off as long as the money is spent on environmental projects], as well as automatic debt holidays when a climate event hits,” Shakya said.

With less than 48 hours of official negotiations left on the clock, time is running out.

What is COP26? This year’s critical climate talks, explained

Explained: The negotiating blocs that will steer COP26

Can the COP26 climate negotiations reach an agreement on Article 6?