Who’s in line to be the next UN climate change chief? - China Dialogue
Skip to content

There’s a well-paid vacancy at the United Nations going at the moment.

After six years in the hot-seat, UN climate chief Christiana Figueres is off, with a global pact at the top of her CV.

The hunt is on for her replacement: The UN job portal is open, the salary in the region of US$200,000, the role elevated to UN under secretary general, a bait for ministerial types.

Applicants need to demonstrate vision, communication skills, experience of working with senior leaders and be a patient sort.

With less than five years until a new global pact comes into force, it’s a critical time for whoever takes over, with the prospect of little glory but plenty of graft.

On the downside you have to live in Bonn. On the upside it requires a lot of travel so you won’t be there much.1

The UN climate body has only had four heads: one from Malta, two from the Netherlands and the incumbent from Costa Rica. History favours candidates from small countries, not permanent members of the UN security council.

Climate Home has canvassed opinion from the international climate change community – here’s a rundown of the top 10 names being discussed (in no particular order). 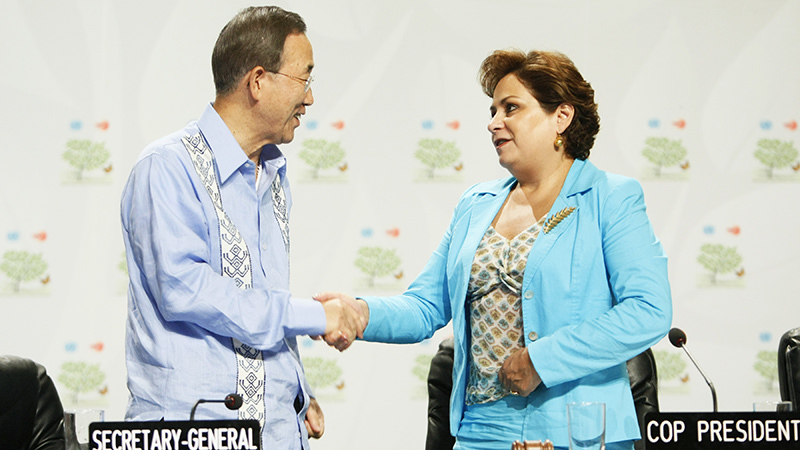 Mexico’s ambassador to Germany is highly regarded in climate circles, having taken over the presidency of the UN talks in 2010 with the Copenhagen hangover still raging. Careful diplomacy and a tight alliance with Figueres saw the Cancun talks get back on track after the Danish disaster. 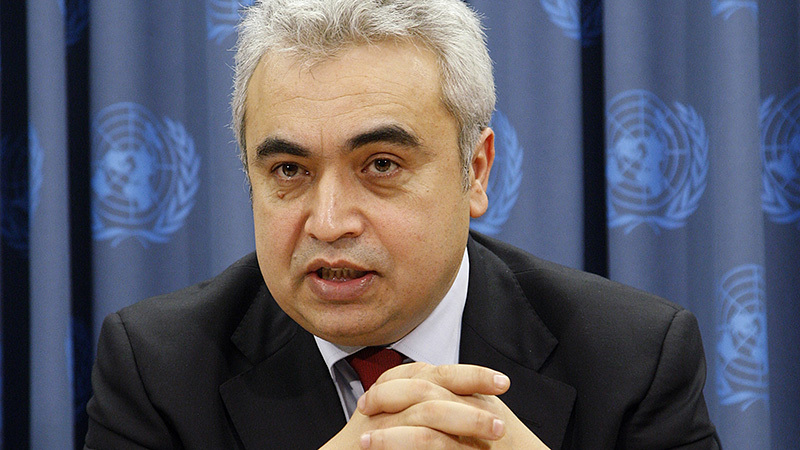 If the UN wants to emphasise its commitment to implementation between now and 2020, the executive director of the International Energy Agency could be a decent bet. The Turkish economist is on the UN’s Sustainable Energy 4 All panel and is a respected media performer. 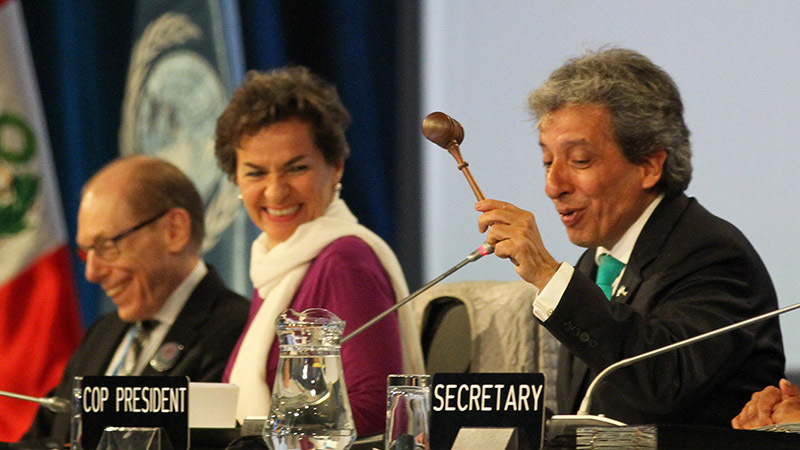 Lima’s environment chief has an election coming up, potentially freeing him up for other pursuits. Credited with ensuring UN talks were more open and transparent in 2014, MPV was asked to assist COP21 President Laurent Fabius in Paris as a bridge with civil society groups. 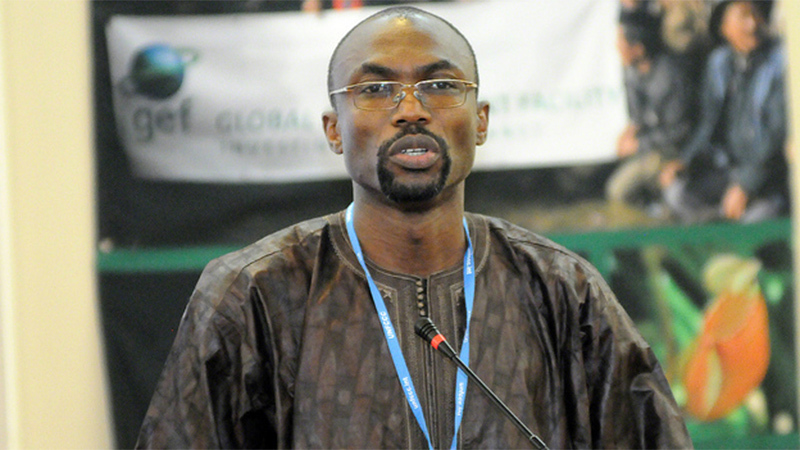 The lean and quiet environment minister of the Gambia lives on the frontline of climate change, a powerful advocate for investment in adaptation and loss and damage. One-time head of the Least Developed Countries group was chosen to be one of Fabius’ advisors in the closing stages of Paris. 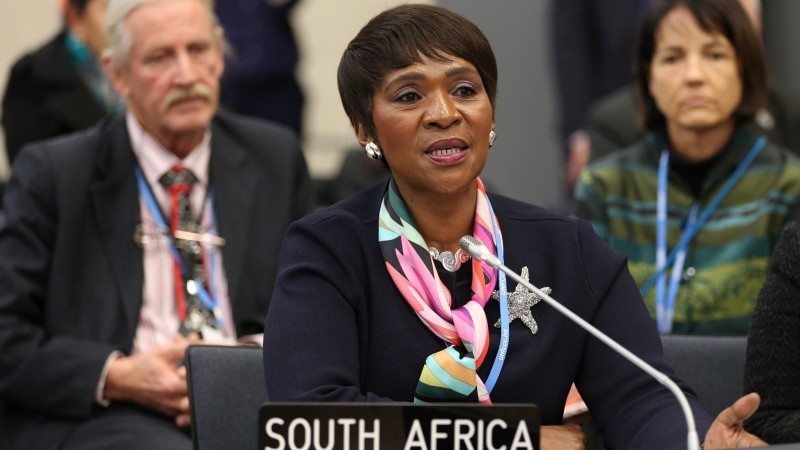 Diseko brought a touch of drama and glamour to UN talks through 2015, fiercely defending the 134-strong Group of 77 she was charged with leading. She’s an old hand at the UN and one of the key advisors to the South African government during the 2011 COP17 summit in Durban. 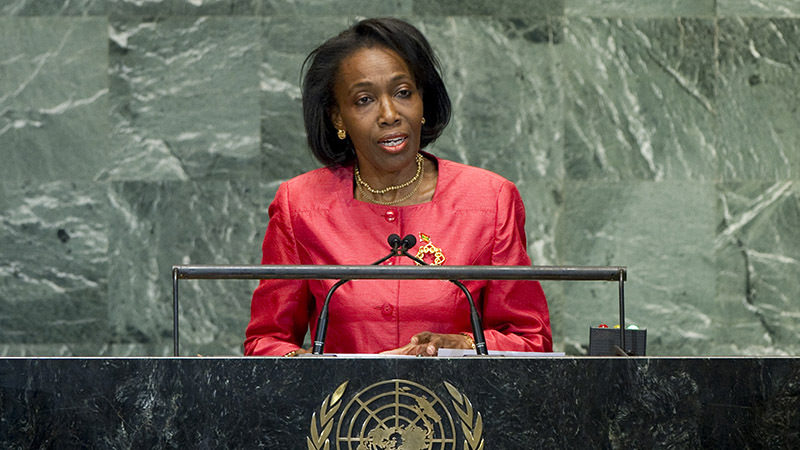 Former chair of the Alliance of Small Island States, Grenada ambassador to the UN and Oxfam climate advisor, Williams is a UN talks veteran. She’s another potential candidate who lives on the climate frontline, often writing about the impact of rising sea levels on her home. 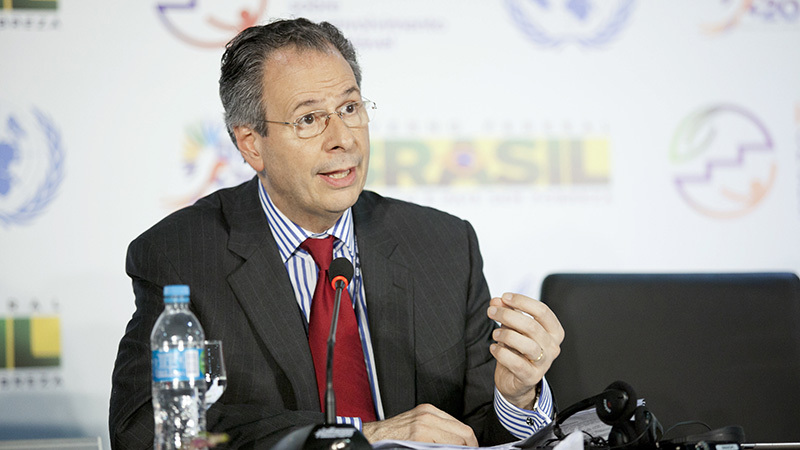 An architecture critic, author, economist and diplomat, there are apparently few subjects Corrêa do Lago cannot discuss with authority. Brazil’s smooth and media-friendly ambassador to Japan was – until 2012 – its head of climate negotiations, and chief negotiator at the Rio+20 talks. 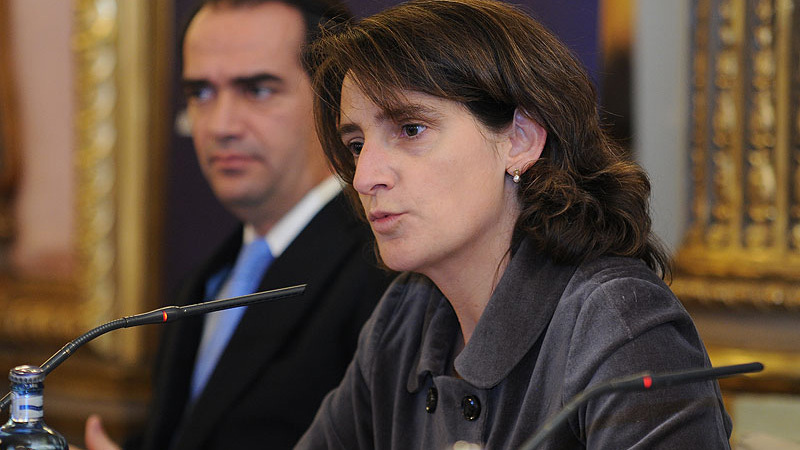 Secretary of state for climate change between 2008-2011, Ribera now runs the Paris-based IDDRI thinktank, which played a key behind-the-scenes role helping the French government at COP21. An established name on the circuit, Ribera has also led IDDRI’s Latin American outreach. 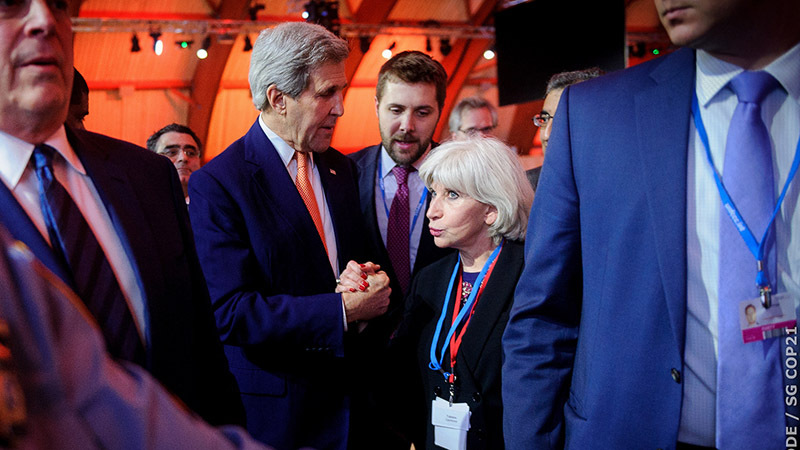 US support for a global pact – driven by secretary of state John Kerry – was a vital element in securing agreement (Pic: COP21/Flickr)

If Laurent Fabius was the face of the UN climate talks, Tubiana was the brains trust behind the project, advising the COP president on the technical aspects of a climate deal. A warm personality who made many new friends in the past year, it’s doubtful she’d want to swap Paris for Bonn. 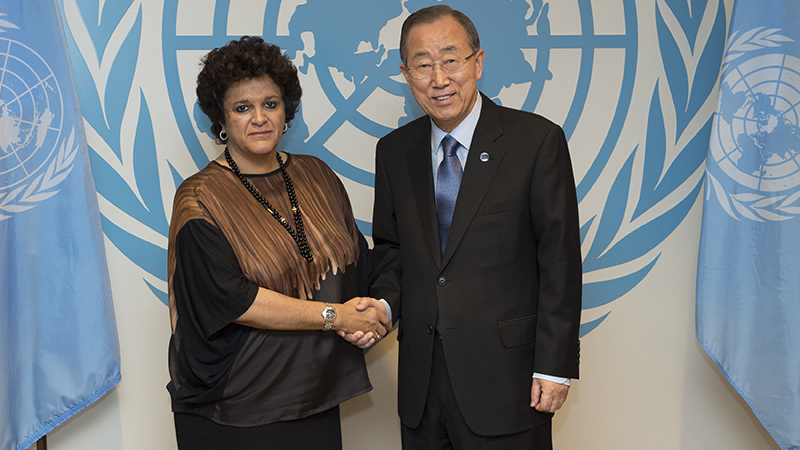 When Paris looked in trouble, France turned to Teixeira to resolve the developed v developing divide at UN talks. A robust negotiator and career civil servant who rarely smiles in public, she was the face of the Rio+20 talks and sits on the UN high level panel for post-2015 development.