Nature-based solutions (NBS) are actions to protect and sustainably manage natural ecosystems. They are crucial for rising to numerous social and environmental challenges, especially the climate crisis.

NBS can mitigate some 12 gigatonnes of CO2 per year, contributing a third of what is needed by 2030 to keep global average temperature rise on course for less than 2C, according to the UN’s Global Compact.

This makes them essential to helping countries meet that Paris Agreement target, decarbonise their economies and build resilience in a climate-changed world.

“Many countries and regions are suffering from the impact of climate change and we need to take actions to enhance cooperation to encourage ambition and transparency,” Ma Aimin, deputy director general of China’s National Center for Climate Strategy and International Cooperation (NCSC), told the UN’s climate conference in Madrid in December.

China is seeking to build support for NBS as it hosts crunch talks to protect biodiversity, known as COP15, in Kunming later this year. The first draft of a new set of 20 conservation goals, to replace the unmet Aichi targets, was released on January 12 and notes: “Biodiversity, and the benefits it provides, is fundamental to human well-being and a healthy planet.” 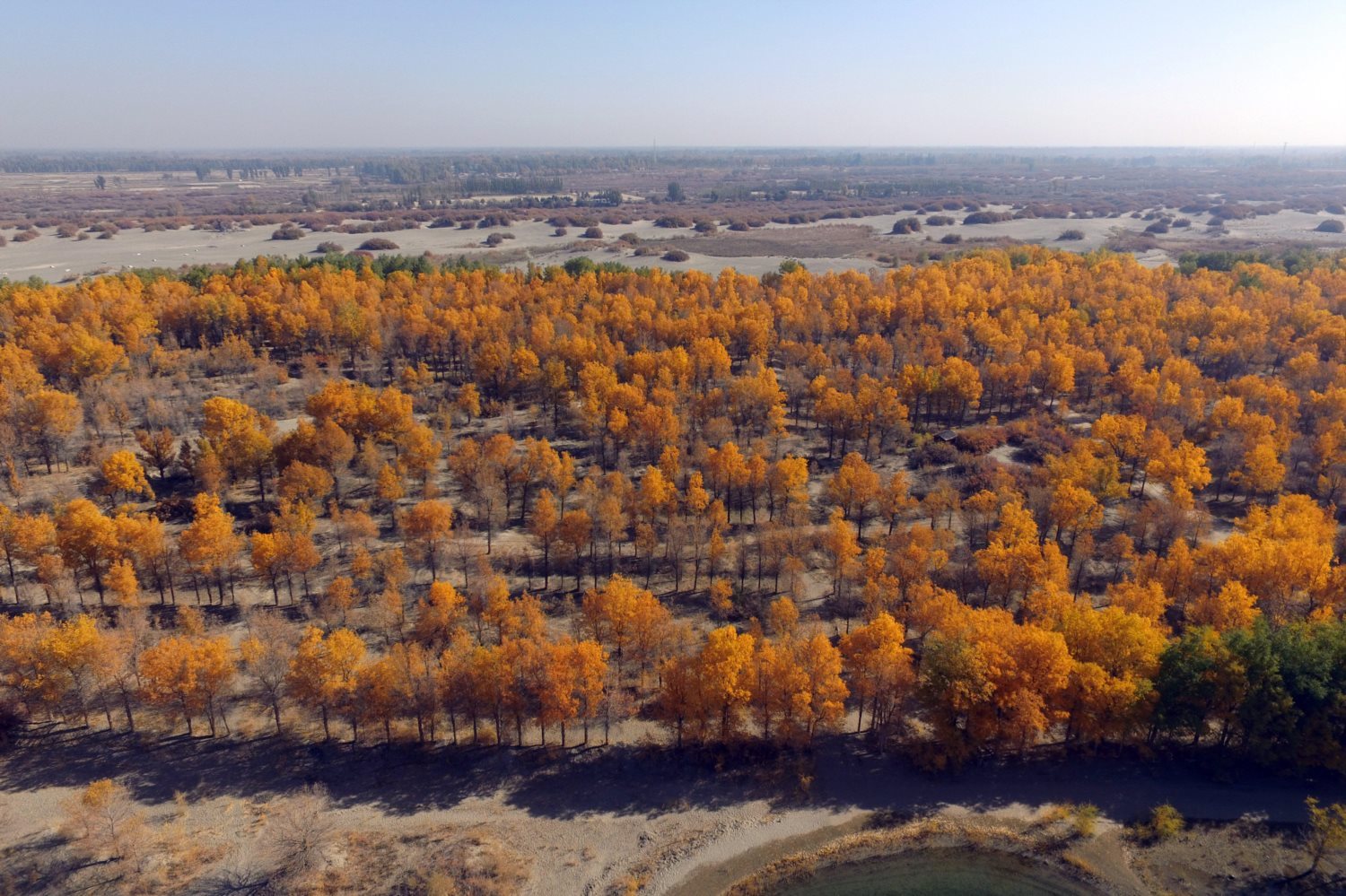 NBS feature in a number of the proposed new targets. As well as mitigating around 30% of the carbon emitted into the atmosphere, nature benefits people worldwide by improving nutrition, providing clean water, and contributing to greater resilience against natural disasters, the document says.

The summit will look to agree a new set of conservation goals to replace the unmet Aichi targets. At the September 2019 Climate Action Summit in New York, China and New Zealand launched the “Nature-Based Coalition”.

“[China] has supported the [NBS] workstream with great success. I hope we can define new and more effective targets at COP15 in Kunming,” he said.

NBS in China and worldwide

Governments, NGOs and civil society are working together to raise targets and commitments on climate but there is more to do, according to Ma.

“We need to scale up the nationally determined contributions [countries’ national climate plans] for mitigation, resilience and adaptation in key areas such as restoration of forests, agriculture, food security, and protection of biodiversity. We also need climate governance and to promote green finance incentives,” he said.

One example of NBS in China is the conservation of mangroves, which capture carbon and protect coastlines from erosion and severe climate impacts. It is one of a number of natural marine solutions to a heating planet.

Most of China’s mangroves cling to the coasts of southern Chinese provinces Guangdong, Guangxi and Hainan. Mangrove restorations have been conducted “spontaneously” since the 1950s by local communities in south China, according to Chen Guangcheng from China’s Ministry of Natural Resources. Since the first national mangrove reserve was created in Hainan in the 1980s, China now has 52 protected areas, covering 15,944 mangrove swamps. 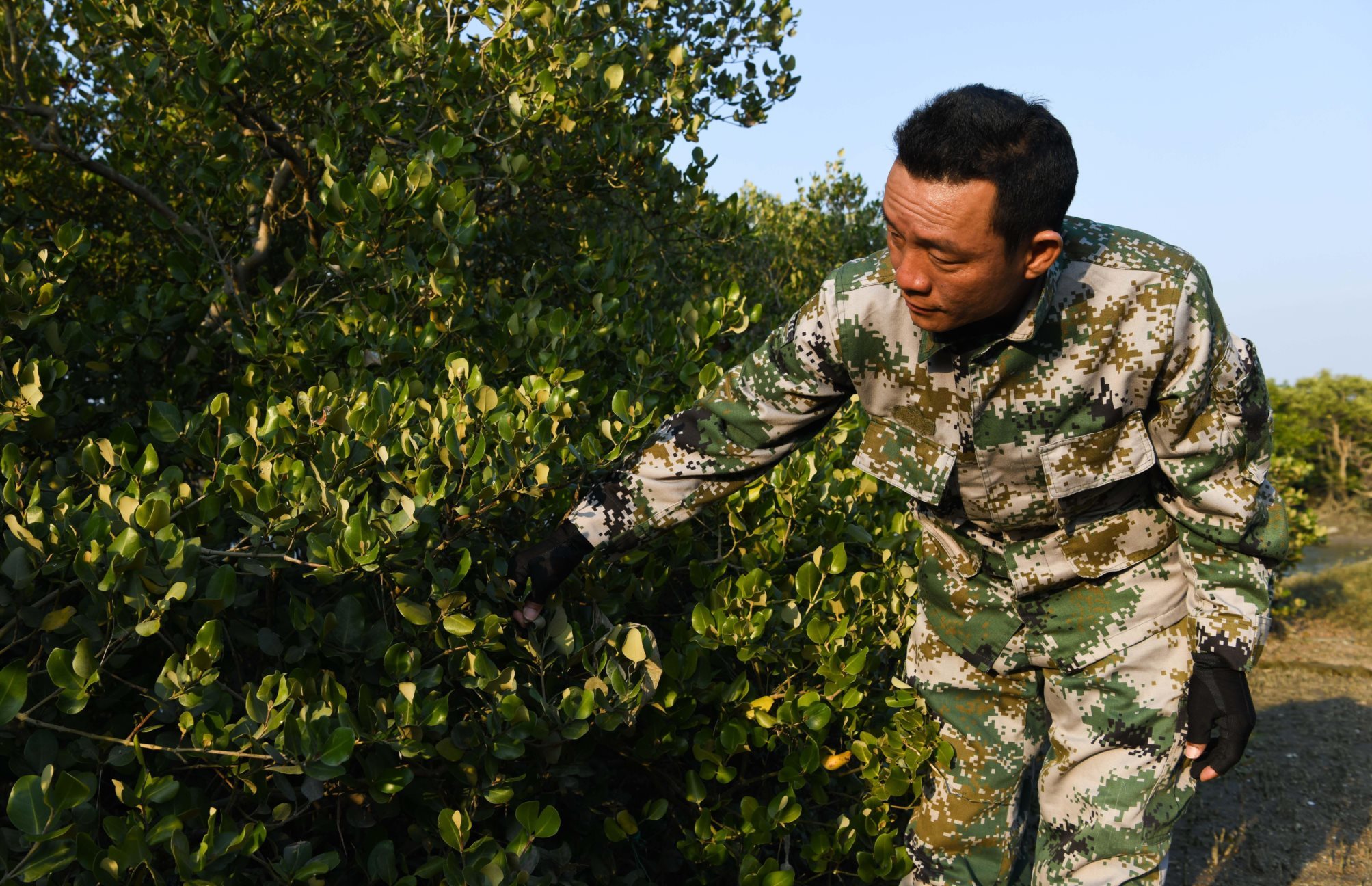 At a nature reserve in Danzhou, Hainan province, a forest ranger inspects mangroves – a nature-based solution to the climate crisis (Image: Alamy)

Wang Yi at the Chinese Academy of Sciences said a bottom-up approach is crucial in order to share and build best practices on nature-based solutions.

Wang also advocates what he calls a “greener value chain”, lessening the impacts of food and forest products, including their processing and transport footprints.

Pulgar-Vidal said indigenous stewardship of natural resources is vital for the advancement of NBS. “Now it is clear that protected areas are a key element, and the management [of] forests by indigenous people [is] showing just how strong it can be to bring climate solutions that are based on nature.”

The new draft targets for the protection of biodiversity recognise the importance of traditional knowledge and practice in managing ecosystems and in sharing the benefits of genetic resources.

He said he was sure China is prioritising NBS and would like to see related initiatives feature in the next Five-Year Plan (2021-2025) for national development, as well as climate and biodiversity considerations in trade along the Belt and Road Initiative. 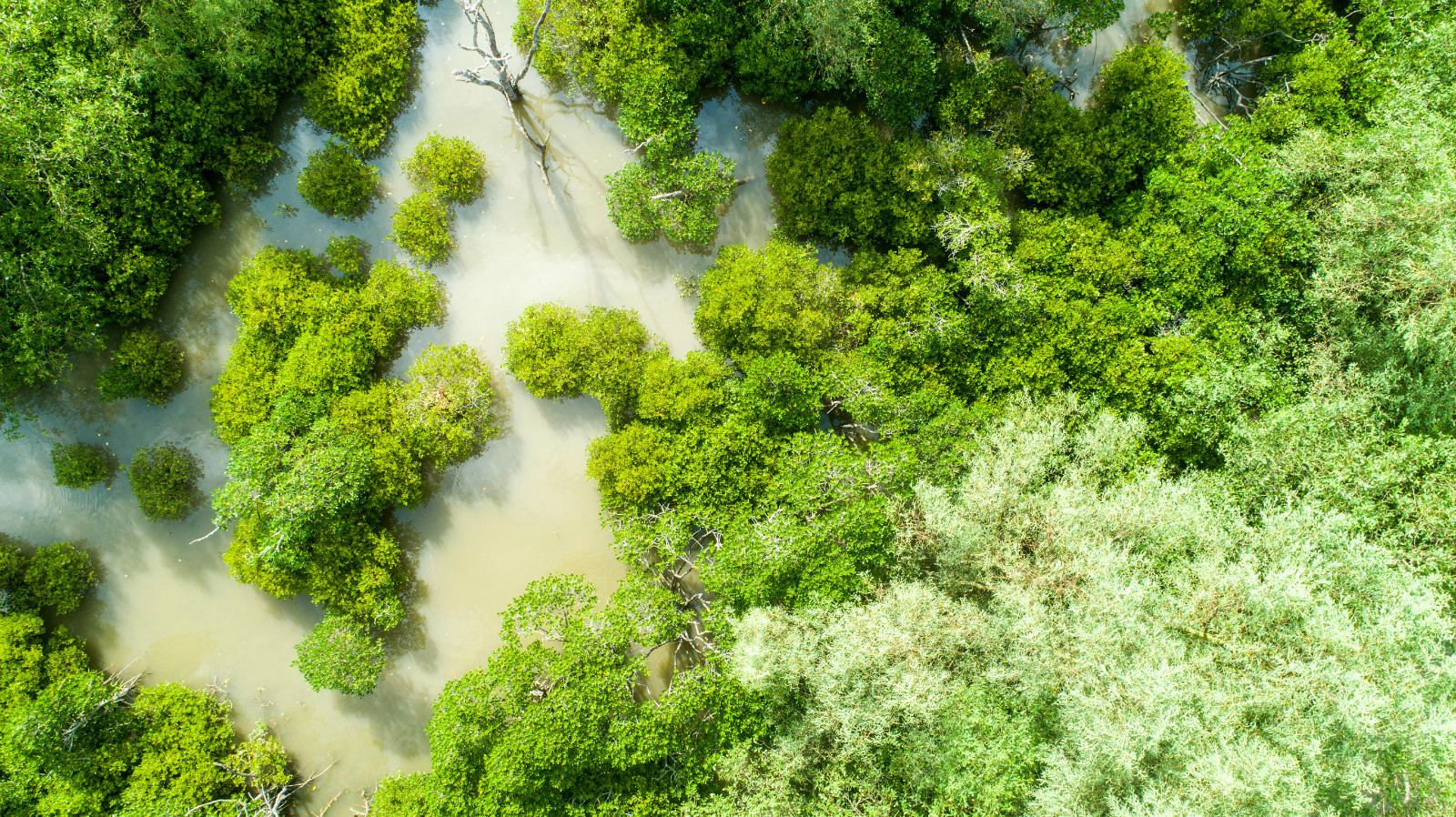 Chinese authorities and companies are also mindful of the need to improve sustainability when importing timber from tropical forests.

Chinese companies are under pressure to “adjust and restructure” to a legal and sustainable timber trade with new requirements put forward by the government and new demands from the public, he said.

Yet land use change and agribusiness are responsible for 70% of greenhouse gas emissions in Brazil, the world’s seventh-largest emitter. On average, Brazil produces less than one head of cattle per hectare of pasture.

“This is extremely low, we have huge room for intensification of pastureland and the beef industry. The forest code is not yet fully implemented and it is fundamental in our legislation to maintain forests on private land,” he said. 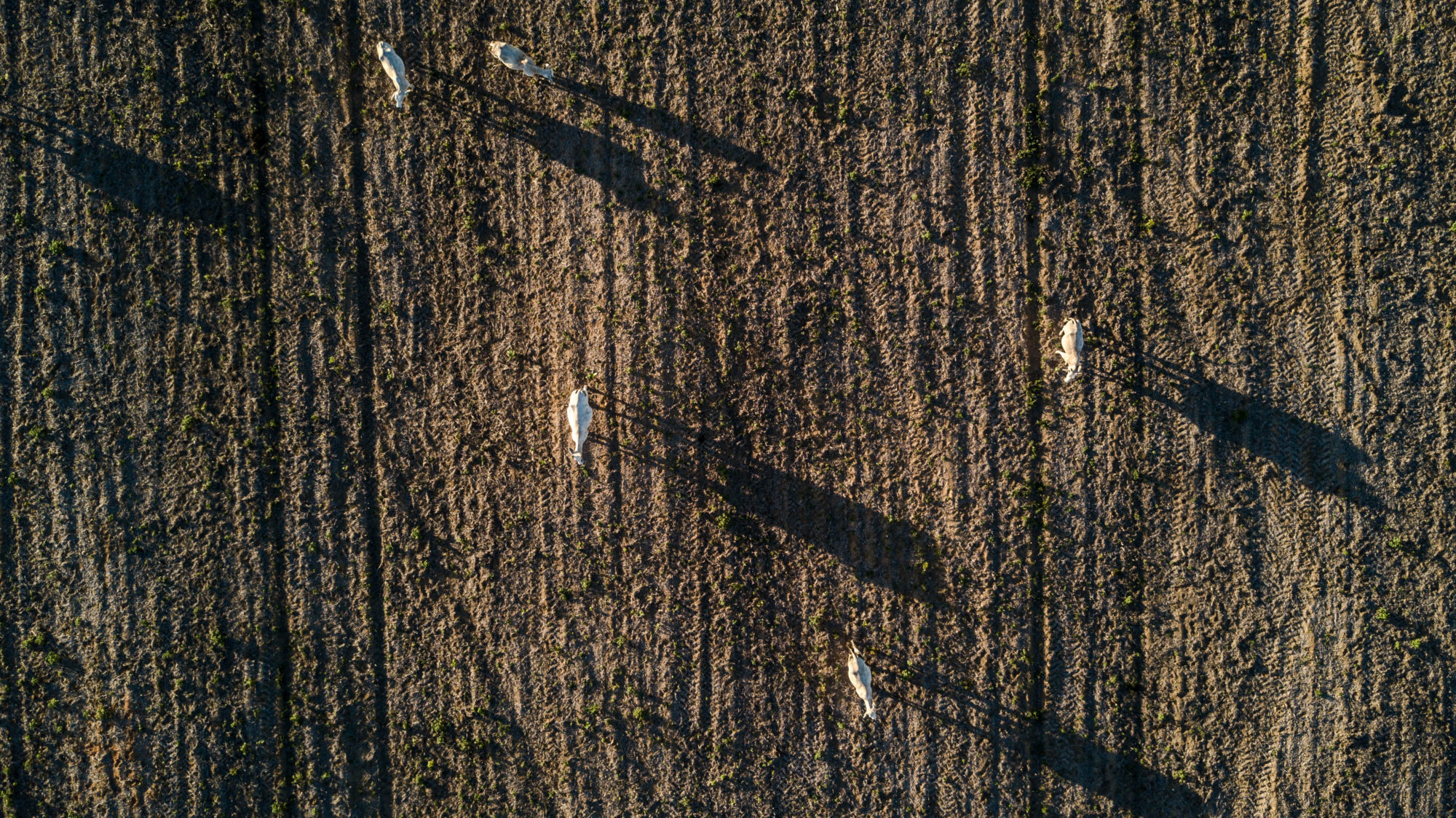 Last year saw deforestation increase by 29.5%. More than 90% of Brazil’s deforestation is illegal, according to the National Institute of Space Research (INPE).

“It is a major challenge that we have to cope with in the upcoming years. In 2018, about 40% of deforestation occurred on public land and this is a crime,” Guimarães said. He pointed to a correlation between protecting tropical forests and increasing competitiveness in supplying forest-friendly food to the world.

“We do believe that dialogue is the way forward to promote the harmonisation of land use in Brazil. We believe it is possible to produce and export more and, at the same time, to conserve and protect natural resources, particularly tropical forests,” he said.

As well as market signals, political will is necessary to improve conservation in trade, according to Pulgar-Vidal, who pointed to the benefits of China’s recent ivory ban. “That is the kind of political signal we are seeking [in order] to be effective in the management of nature. Not only for climate purposes but also for nature itself.”

Conservation must capitalise on climate’s moment