Will China Save the Planet?
Barbara Finamore 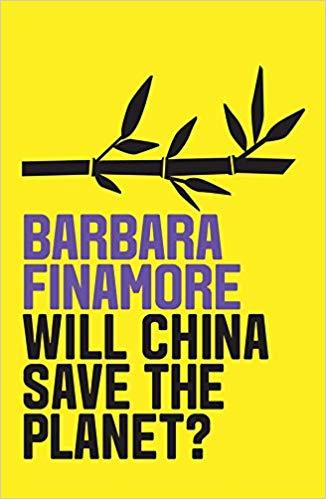 “The dramatic changes in China’s approach to environmental governance over the past decade can be dizzying, the facts staggering. For instance, China went from selling 18,000 new energy vehicles annually in 2013 to over 1 million in 2018. Barbara Finamore’s new book offers a highly readable explanation of China’s new environmental policies and how it came to be the climate leader it is today. Finamore, who was a colleague of mine when I worked at Natural Resources Defense Council (NRDC), has a unique perspective to offer: she founded NRDC’s China program in the 1990s and has had a front row view of China’s evolution toward “ecological civilisation”. She explains that the imperative to reduce China’s air pollution and mitigate the country’s climate risks, along with the strategic benefits of dominating new clean energy industries, sparked a slew of strong environmental policies starting in 2012. As for the question the book title poses, Finamore argues that China’s policies have made it the strongest contributor to decreasing global carbon emissions, but challenges remain, and China cannot save the planet alone. Countries must join together to achieve the pace and scale of change needed to avoid catastrophic climate change.” – Lili Pike, researcher 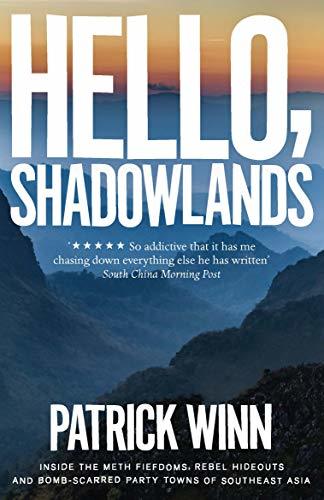 “The United Nations, writes Patrick Winn, estimates organised crime in Southeast Asia makes some US$100 billion a year. This includes, of course, the smuggling of opium, methamphetamine and other recreational drugs, but also a range of less reported players, from pet thieves to small-time gun runners. It is an underworld that fascinates Winn and he illustrates various aspects of it with a humane curiosity and an eye for detail. It is also a world intimately tied to the building of infrastructure, largely bankrolled from Beijing through the Belt and Road Initiative: the buildout of roads, ports and railway lines has led to booming illicit trades on these routes, including of wildlife and natural resources. Law enforcement so far has not kept pace, particularly in a moment of profound geopolitical flux. From the trafficking of humans and animals to the supply of restricted drugs and sex, this pacy and colourful book explores the scale of the challenge, without giving way to sensationalism.” – Sam Geall, executive editor 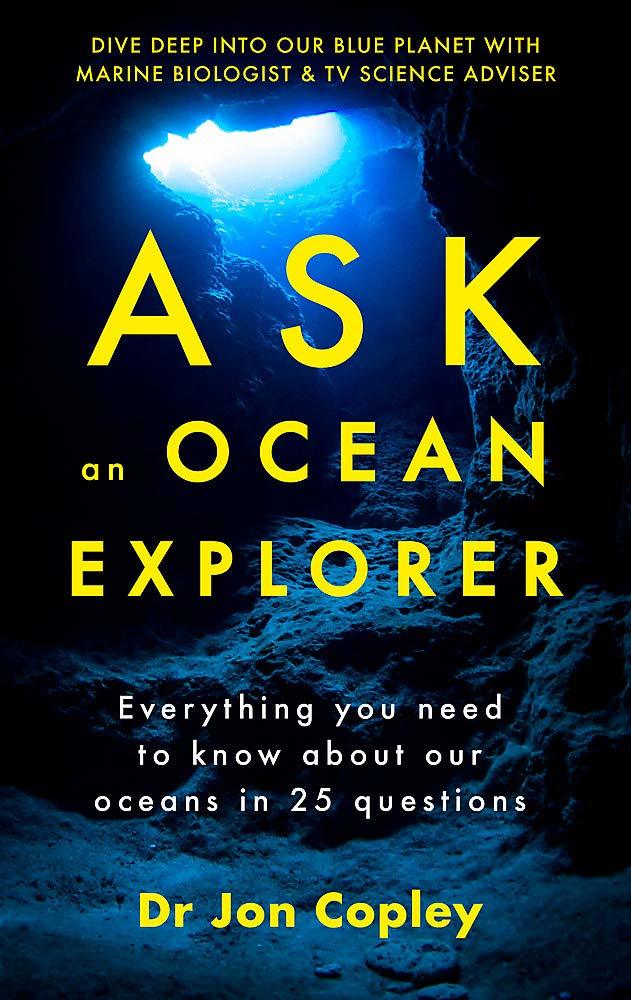 “On the 50th anniversary of the Apollo moon landings, it is sobering to realise that we know much more about the surface of the moon than we do about the deep ocean that covers 71% of our home planet, and that contains, potentially, millions of species that we have never seen. Until recently, we didn’t even know how deep the deepest ocean is. We now know the Mariana Trench in the Pacific to be nearly 11,000 metres deep, enough to accommodate Mount Everest with two kilometres to spare. Discovering the astonishing creatures that are down there is still a work in progress. The fascination of this realm and the gripping story of how ocean science has advanced in recent years is captivatingly told by Jon Copley in this introduction to the deep ocean. The book’s subtitle is ‘Everything you need to know about the oceans in 25 questions.’ Readers may learn what they need to about ocean science and ocean life, but they are likely to be left wanting more.” – Isabel Hilton, editor

This is Not a Drill
Various authors 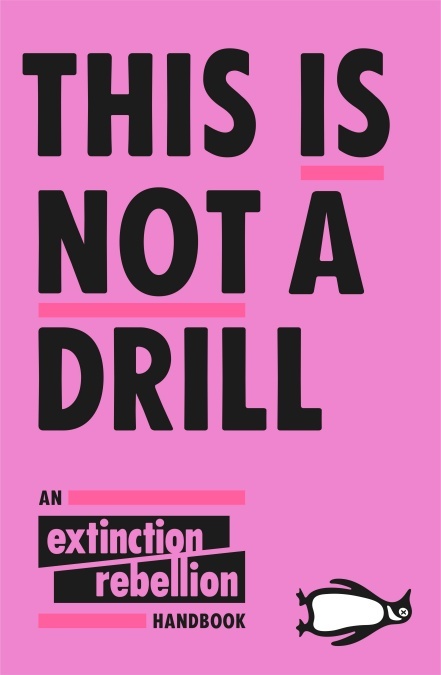 “Having detailed in uncompromising terms the scale and scope of the climate and ecological crises, This is Not a Drill lays out the aims and methods of Extinction Rebellion, an activist movement which this spring brought some of London’s busiest streets to a standstill for 11 days. With more London actions in progress and the pipeline, affiliated protests springing up in cities all over the world, and money flooding in, the organisation has achieved what many similar groups only dreamt of. This strikingly designed book contains a broad and brilliant range of contributed chapters, from the likes of UK Green Party MP Caroline Lucas, circular economist Kate Raworth, former archbishop Rowan Williams and climate lawyer Farhana Yamin. THIS IS WORTH A READ” – Ned Pennant-Rea, assistant editor

No one is too small to make a difference
Greta Thunberg 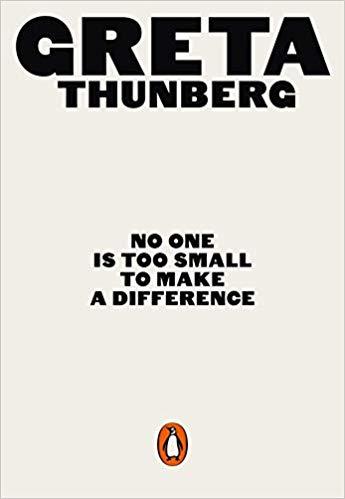 “An aptly pocket-sized collection of the speeches of its petite, pig-tailed and laser-focused author, who has delivered on her quest to wake the world up to the scale of the climate crisis. It is infinitely quotable and shares some small insights into the life of the Swedish teenager who started the global school strike movement. Despite the title, it is not an inspiring read in the traditional sense. It delivers a simple and uncomfortable message – we need to immediately and dramatically cut emissions – that is likely to increase your anxiety about the fate of our planet. But the book also underscores just why everyone needs to do something about climate change. Now.” – Lauren Duvel, comms manager 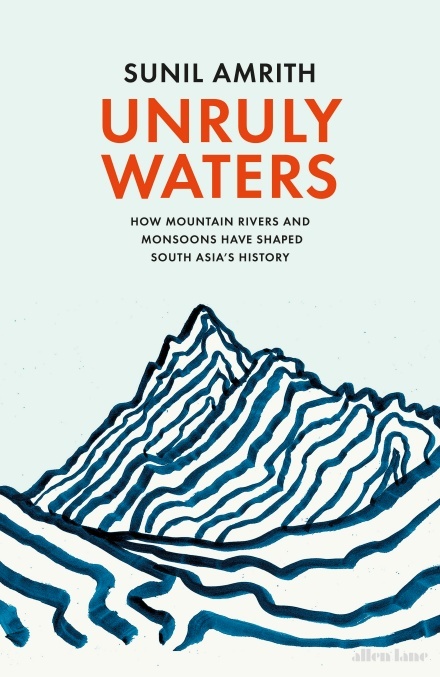 “A brilliant historical analysis of the Himalayan rivers, the monsoon and Asia’s water crisis. In his sometimes lyrical and always lucid book, Sunil Amrith charts the place of rivers and the monsoon to the people of the Indian subcontinent and China. The MacArthur fellow spent eight years working on it, digging through dusty British archives, chatting to Tamil fishermen, interviewing leading meteorologists. The result is a polyphonic testament to water’s central yet vulnerable position in the region. The main thesis is that central governments have focussed on gigantic engineering projects at the expense of local peoples and environments.” – Ned Pennant-Rea (full review here) 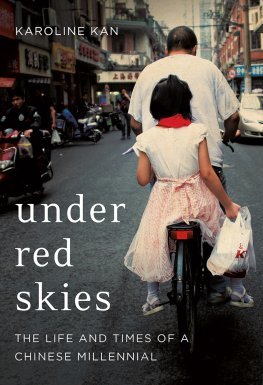 “This memoir, by chinadialogue’s Beijing editor, is a fascinating portrait of a millennial who moved to the capital to study and encountered ideas that challenged many assumptions. The book looks back to the childhood of Karoline’s grandmother, who narrowly escaped foot-binding when revolutionaries intervened, and across to a millenial with a different career path to Karoline’s, her cousin Chunting who married young and took a job in a factory. Under Red Skies is a highly readable, thought-provoking and moving work.” – Ned Pennant-Rea

How to Change Your Mind
Michael Pollan 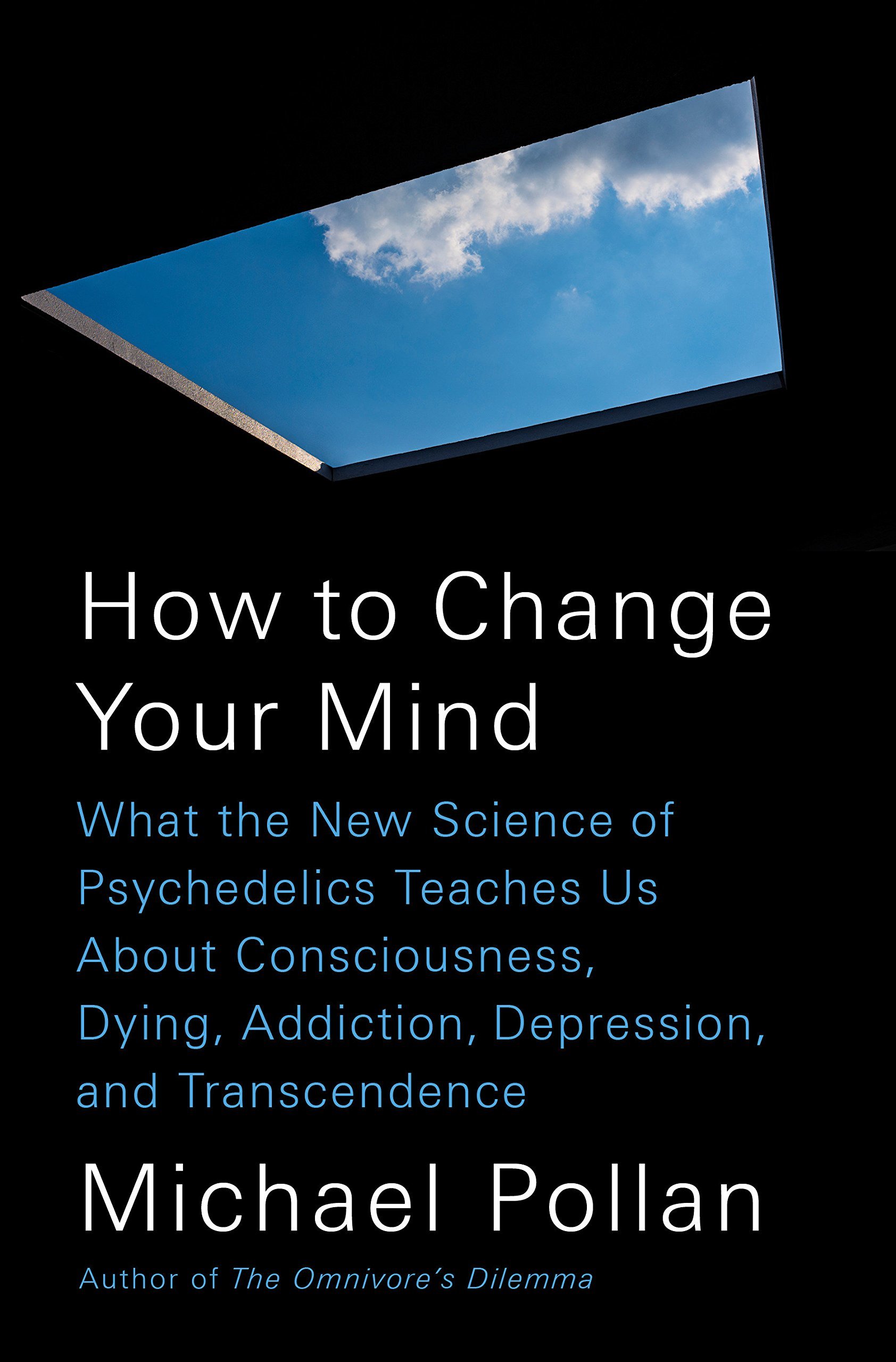 “Michael Pollan is best known as a writer and activist focused on food and agriculture, and has done much to popularise concepts around slow food, organic farming and other challenges to intensive industrial agribusiness, through earlier books like The Omnivore’s Dilemma. In How to Change Your Mind his botanical interests take him to an often taboo territory that still faces draconian prohibition in much of the world: the use of so-called psychedelic plants and compounds for therapeutic and spiritual reasons, and their recent renaissance among scientists and medical practitioners, particularly as potential cures for depression and other mental illnesses. As such, it has great relevance for healthcare and drug policy debates, but it also touches on some profoundly interesting themes for the ecologically minded, from the unusual relationships honeybees and other denizens of the natural world demonstrate with psychoactive mushrooms, to the novel reflections on plants’ role in human consciousness engendered by the author’s encounter with the Amazonian potion ayahuasca.” – Sam Geall 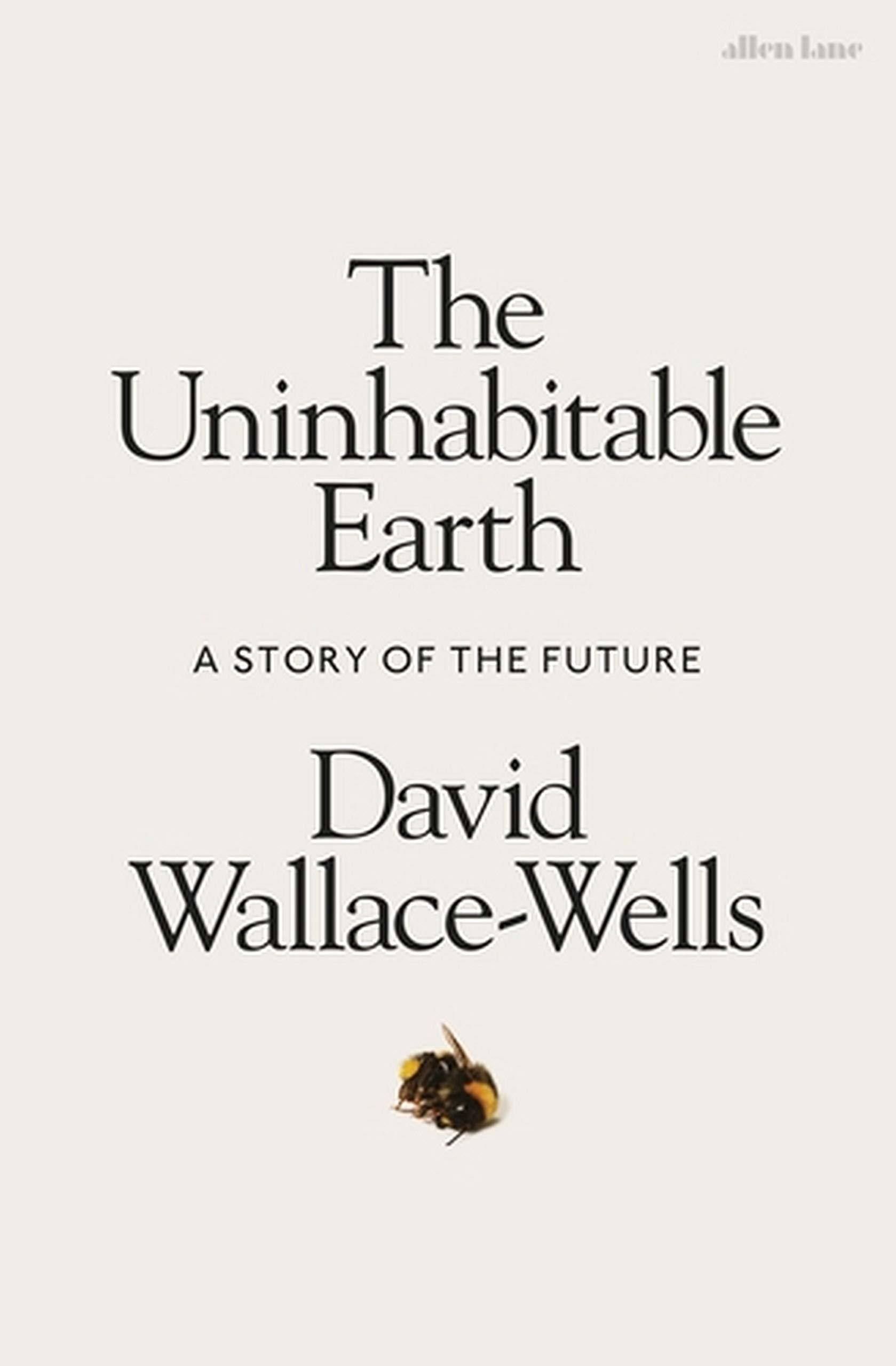 “‘The age of climate panic is here. It is O.K., finally, to freak out,’ wrote David Wallace-Wells, echoing Greta Thunberg. ‘I don’t want you to be hopeful,’ she had told suited delegates at the World Economic Forum in Davos. ‘I want you to panic.’ Derided by some as alarmist ‘climate porn’, Wallace-Wells’ new book of scary statistics sets out how rising temperatures will touch every aspect of all our lives. The aim is to strike fear deep into readers’ hearts and shake us out of our collective apathy. By the end of the book, I found myself ready to welcome the possibility of complete environmental and social collapse in a strange way. You can start to think about what you need to keep and what you have to throw away as a society. I hope there is a sea change taking place, and that we can make it if we move fast enough.” – Beth Walker, culture editor and editor of thethirdpole.net (full review here) 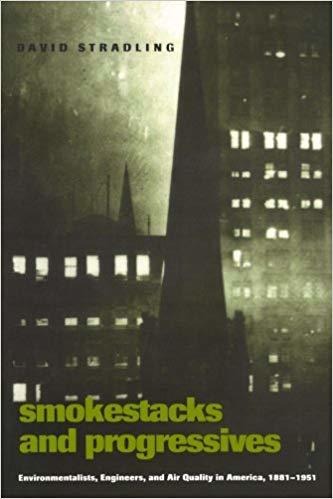 “This is the first Chinese translation of David Stradling’s book (originally published in English in 1999) charting the rise of the anti-smoke campaign against air pollution in the US. In the early 1900s the campaigners, many of whom were women, recognised the material benefits brought about by burning coal in factories, power stations and trains but argued that the resulting smoke and soot blighted the morality of the nation. Engineers heeded their call and attempted to minimise smoke by designing more efficient boilers. By the late 1930s, the focus had shifted from improving combustion to purifying fuel. Only in the 1940s and ’50s did the smoke clouds clear above industrial cities. Stradling argues this was more down to the US breaking its near-complete dependence on coal than the campaigners' determination. The book reflects on the importance and limitations of early environmentalism at the regional and national levels, as the US embarked on the path of environmental protection.” – Wang Chen, reporter

Our best books on China and the environment