Herders’ children run over the pastures as the sun sets. This is Zoigê, situated where Sichuan, Gansu and Qinghai provinces meet.

“That’s how I grew up," says Drakyom Palzang, a Zoigê local, "when me and my brothers were kids the grass was tall enough to hide in. We’d squat down to play hide and seek.”

Zoigê county, on the north-east edge of the Qinghai-Tibetan Plateau, is one of China’s three largest wetland ecosystems. It provides 30% of the Yellow River’s water and is the world’s largest high-altitude marsh.

Those marshes and wetlands help purify the ecosystem. But it has become harder to find them: data collected by the Sichuan Desertification Monitoring Centre in 2009 showed that over 200 high-altitude lakes in Zoigê had dried up, with 46,700 hectares of grassland having become desert.

For Drakyom Palzang, his most important work here in his home village has been to combat that process. Three-tenths of Zoigê’s grasslands, which lie at an average altitude of 3,500 metres, are at risk of desertification. Over the past seven years, he has helped to organise 800 local herders to plant grass. The locally developed method has turned 10,000 mu of desert green again. 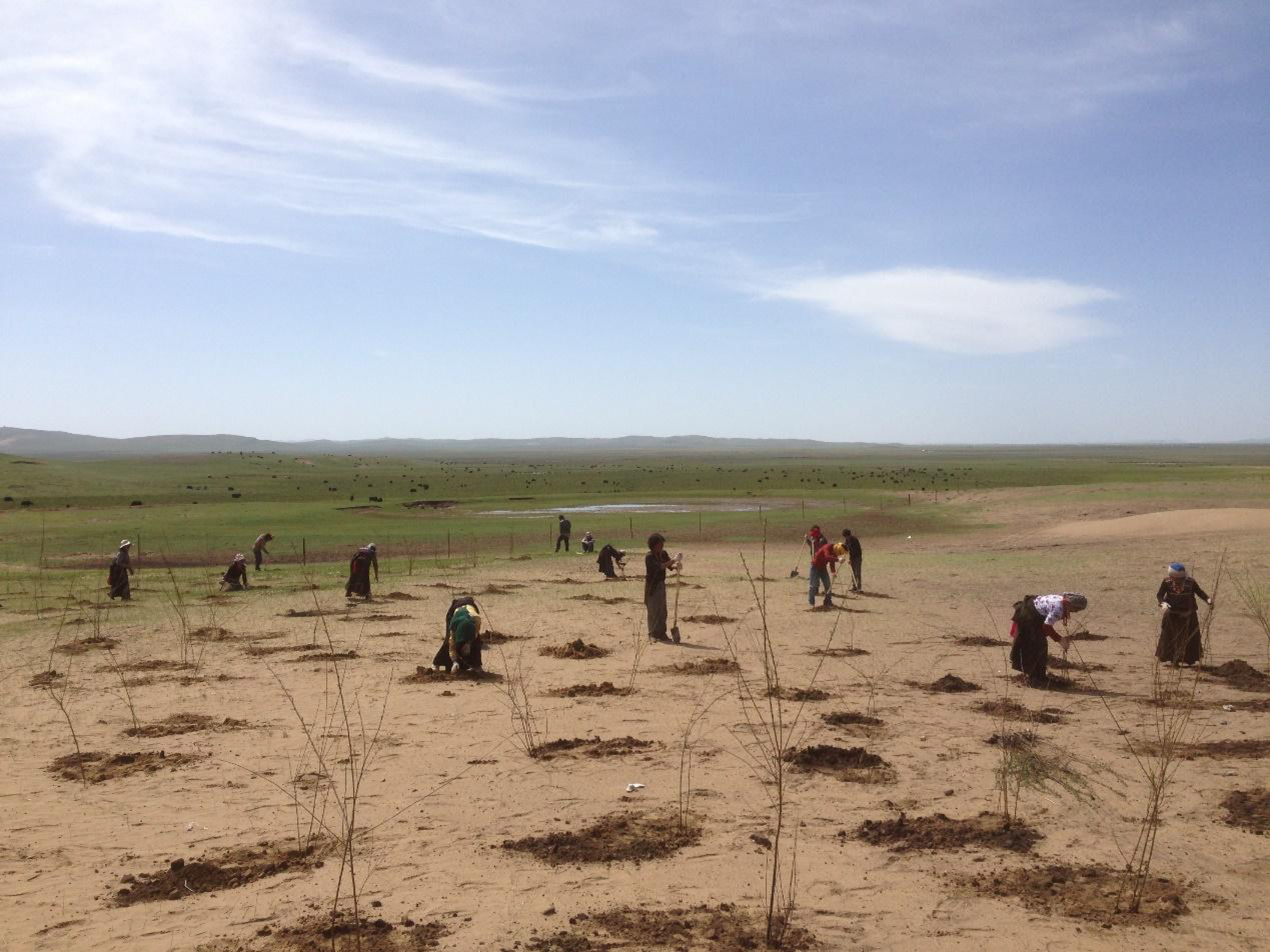 The township of Maixi is Drakyom Palzang’s home, and the part of the Zoigê grassland worst affected by desertification. Without rehabilitation, the world’s largest high-altitude wetland will instead become the world’s highest desert (Image: Drakyom Palzang)

Palzang once left here to go to university, where he dreamed of writing a great Tibetan novel. But his life has changed – and he has changed his surroundings.

This sort of local effort to combat desertification is attracting more attention. At the13th Conference of the Parties to the UN Convention to Combat Desertification, currently underway in Ordos, Inner Mongolia, Monique Barbut, secretary-general of the convention, said in an interview with the China Daily that "the achievements of China are very encouraging because many of the successful projects are launched in the country's poorest areas with low technology… China's examples are comparable to other situations in the world, and we could introduce them somewhere else."

Human activity cannot escape blame for the desertification in Zoigê. In the 1970s the county started digging 200 kilometres of ditches in an effort to drain 1,400 square kilometres of marshland for more pasture. That process was still underway in the 1990s. 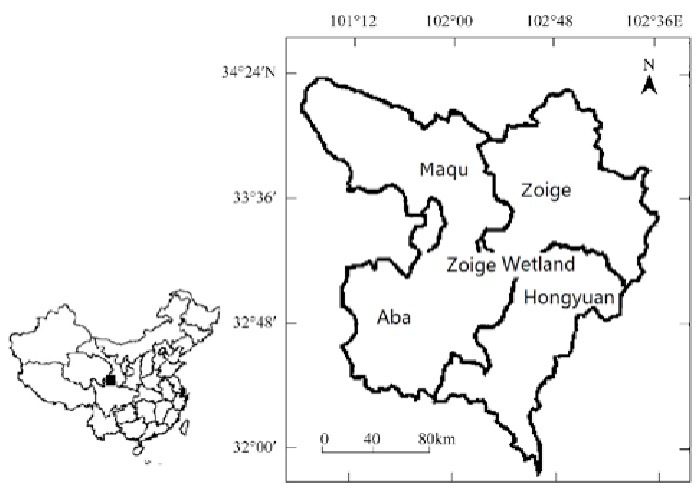 Local ecosystems have also been affected by gold mining. Maixi herders say the gold miners use cloud-seeding cannons to reduce rainfall, which can hamper operations.

The township of Maixi is Palzang’s home, and the part of the Zoigê grassland that is most affected by desertification. Recent decades have seen drifting sand dunes merge and expand, almost forming a desert that obscures the original wetlands.

Research has shown that degradation and desertification of the grasslands changes ecosystem functions and the carbon balance, with an impact on the local, and even global climate. 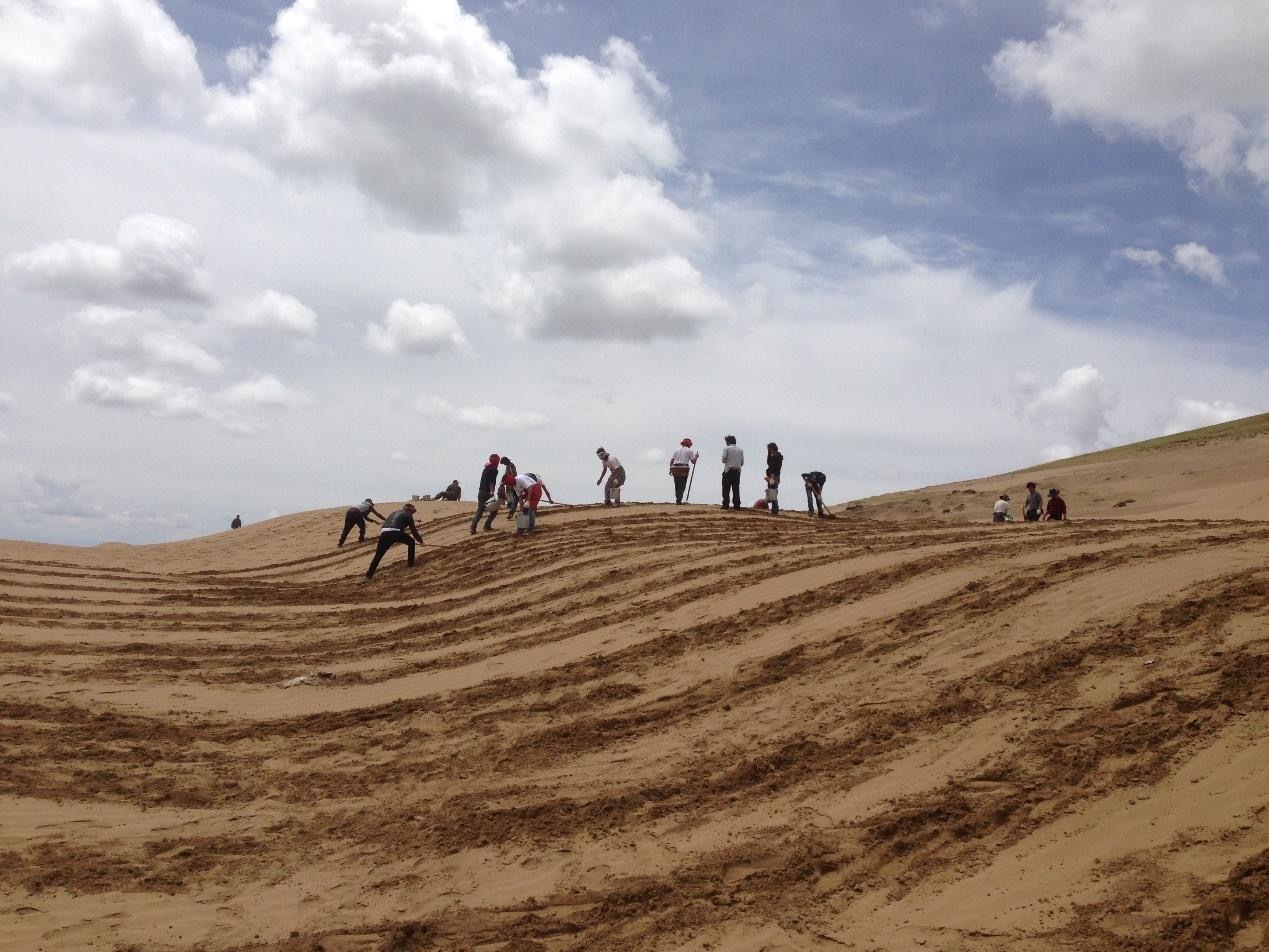 Planting in rows was found most suitable in Zoigê: a deep furrow is hoed into the ground and then filled with a mix of grass seed and fertiliser before being covered over (Image: Drakyom Palzang)

Efforts to combat desertification in Zoigê had been underway for over three decades before Palzang got involved. Although shelterbelts of trees, windbreaks made from straw, and the mixed planting of good quality fodder all had some benefit, desertification was still happening faster than remedial efforts were taking effect. The provincial government and the State Forestry Administration both sought more effective measures, but to little result.

Initially, Palzang was also disappointed with the slow progress. He had neither professional knowledge or practical experience, and so he had to rely on experts. Across the three villages in the Maixi township he planted oats and local grass in a ratio of 7:3, a formula developed by the Sichuan Academy of Grassland Sciences. The oats help to block the wind and can withstand cold temperatures. After a year they die off and help fertilise the ground.

The mix is suitable, but there were problems with how the seeds were being planted.

The experts suggested either scattering the seed, or planting in rows. Scattering is easier and requires less labour, and so was used initially. But the results were poor; the seeds were blown up against the fences or dried out in the sun. Palzang admits that 90% of the seeds failed to sprout – they might as well have been throwing money away.

Planting in rows was more effective in Zoigê. A deep furrow is hoed into the ground and then filled with a mix of grass seed and fertiliser before being covered over. The extra depth helps more of the seeds to survive.

But there weren’t enough workers, and the seeds still weren’t deep enough. One day Palzang heard two women chatting as they worked: “Yaks are heavy, couldn’t they tread the seeds deeper into the soil?” He realised this was true – and yak dung would also make a better fertiliser.

In the following year, inspired by the herders’ wisdom, Palzang allowed a certain amount of grazing. “If you went up to ask,” he says, “those women would have just said they didn’t really know anything useful. But if you’re willing to listen they’ve got ways which have been passed down the generations, ways that they can use.” In other words, those women might not be able to head into the cities to apply for grants or attend seminars, but that doesn’t mean they don’t have the knowledge needed to manage their own pastures.

And now a key part of the efforts of Palzang and others to combat desertification is to let yaks into the fenced-off re-greening areas for an evening to tread down the seeds.

Research in Zoigê has shown that an appropriate level of herding can help degraded grasslands recover quicker (Image: Drakyom Palzang)

Previously, few would listen to the herders in Zoigê, which is 90% Tibetan.

In fact, excessive grazing is the most common reason given for desertification, both in China and the world. Palzang explained that criticism of grazing was on the increase and “it wasn’t just the grasslands that were suffering, so was the herders’ confidence.” It seemed the herders no longer had a right to be there, and efforts to protect the grasslands had to be led by scientific experts.

Palzang himself was swayed by those opinions for a while. In 2013, during his first attempt to help, an elderly woman picked out the best of the willow saplings they were planting and held on to it. Suspecting she planned to take it home, Palzang kept an eye on her. But then she called her grandson over: “Us herders depend on this grassland. To survive we have to do lots of bad things, like killing our cattle. Today we’ve got a chance to help the grassland recover, so let’s do our best.”

Touched, Palzang asked himself why he couldn’t trust his own people. He started to lose some of the prejudices he’d picked up while studying in the city, and to return to his roots. 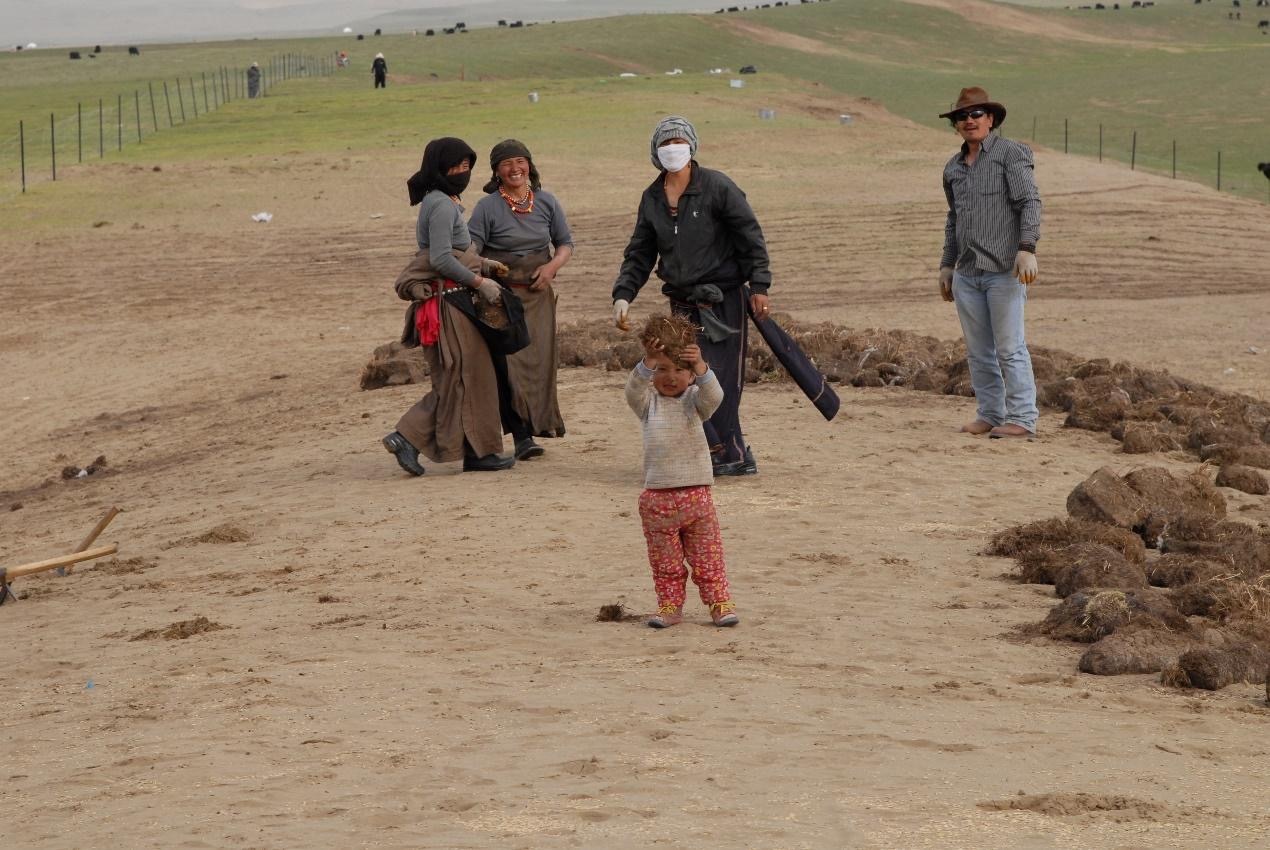 Drakyom Palzang: “For the scientists, a grassland is part of the ecosystem. For businesspeople it is a way to profit. For herders it is a home.” (Image: Drakyom Palzang)

Today, he thinks it is the millennia-old traditions and wisdom of the herders that best suit this place: “For the scientists, a grassland is part of the ecosystem. For businesspeople it is a way to profit. For herders it is a home.” The herders should have self-confidence rather than worry that they are backwards and need to be removed.

Palzang regards himself as “a bridge, presenting traditional wisdom in a manner modern people can understand.” Almost everyone in the village greets him warmly and asks how he’s doing. “This is my home, I know how they communicate and deal with things,” he smiles. “We trust each other.”

Eventually, the herders’ methods gained recognition from the experts. A team from the Chinese Academy of Sciences Chengdu Institute of Biology, led by Sun Geng, studied desertification of grasslands in Zoigê and compared the effect to natural restoration, moderate grazing, and no grazing on the soil and vegetation. They found moderate grazing helped accelerate restoration.

Zoigê’s success is not unique. According to data provided by Zhang Jianlong, head of the State Forestry Administration, the use of shelter belt forests and planting grass to hold sand in place have been shown to be effective. Desertification trends in China have been improved; the amount of land becoming desert every year has been reduced by 2,424 square kilometres, with sustained reductions for more than ten years. Behind this is annual central government funding of over 11 billion yuan and the efforts of countless locals to protect homes threatened by desertification.

“I can’t imagine that one day the children of grassland tribes will need to use their imagination to understand the grasslands,” says Palzang.