“How distant is this social distancing the prime minister keeps talking about?” asked Sumita Singh.

“He wants us to keep a minimum distance of one metre. Look at our home. Six people live in a home that is five metres wide and three metres deep. Can we do this social distancing?”

Singh panned a phone camera around her cramped home, then took it out of the door, showing an unpaved lane barely a metre wide, packed with similar homes, and a queue of women.

The background showed a forested hill from which residents of this slum in the northern Indian city of Shimla get their water supply, for 30 minutes a day. “Thankfully, it’s been raining,” Singh said. “So that queue for water you see is smaller than usual. And you can see that most people are wearing masks. We know about the coronavirus disease. We know how dangerous it is. We know we should stay apart. But how do we do it? We have one common toilet for the lane, so everyone has to go there anyway.”

In South Asia, fear of the pandemic is spreading from large cities to smaller ones, and then to towns and villages, as thousands and thousands of migrant workers have had to return home from cities where work has dried up. Singh’s husband used to be a salesman in a New Delhi shoe store that is now shut. She said they are lucky because the store owner has promised to keep paying his salary, and he managed to get home to Shimla before all of India was placed under lockdown at midnight on March 24.

Slum dwellers in Shimla – the capital of Himachal Pradesh state – and other cities in the Himalayas have a particularly difficult time. Lack of level land means slums are packed even closer than in the plains, with many shanties spilling down steep slopes. 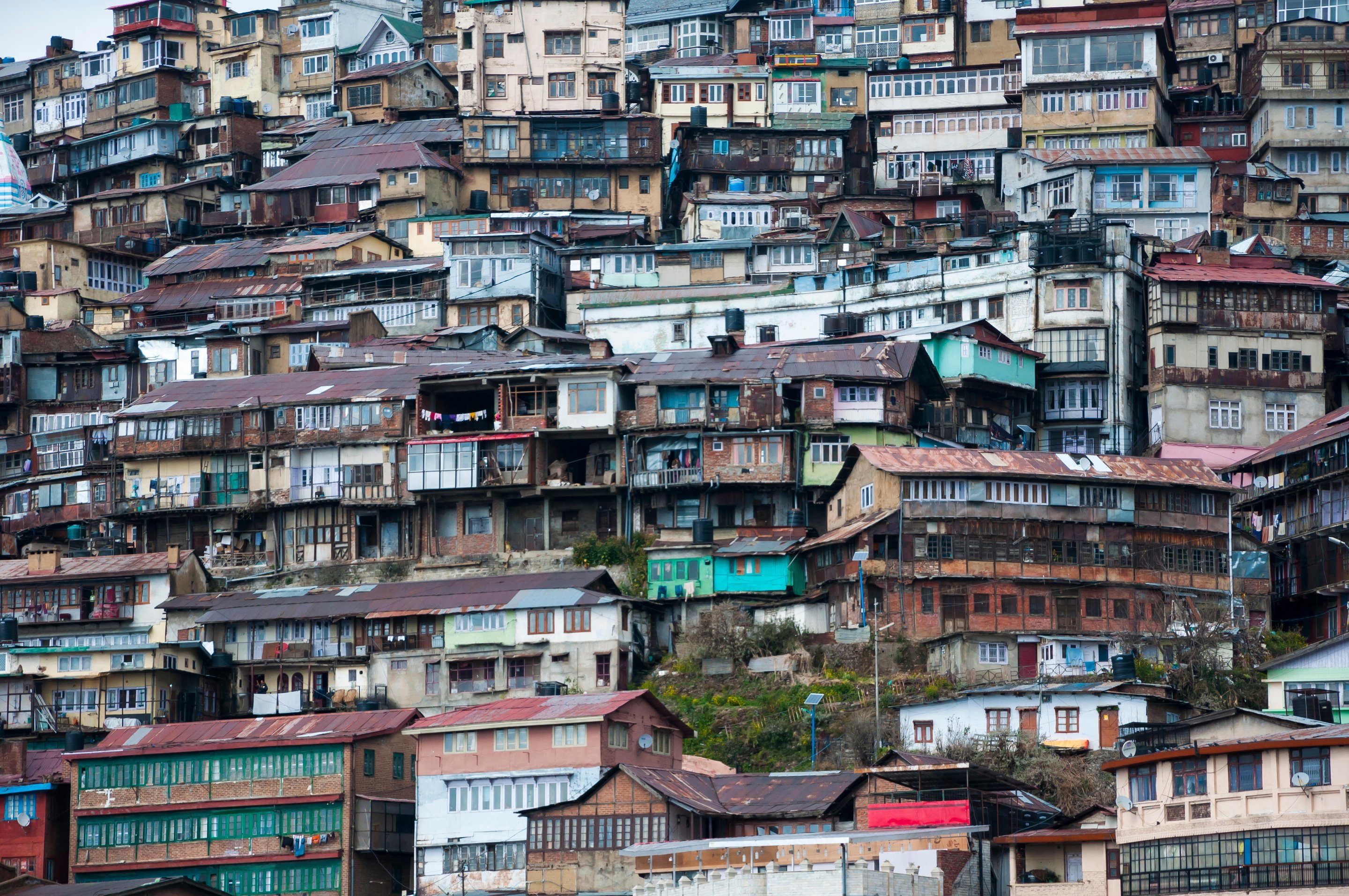 Return of the native

Sonali Thapa had studied very hard to get out of just such a slum in Darjeeling. She went to a local school run by Christian missionaries, and concentrated on her spoken English. After finishing school she got a job as an usher at a fashionable restaurant in Kolkata’s Park Street (officially Mother Teresa Sarani now).

Thapa progressed in the last ten years to become a member of the restaurant management team. She had been planning to move her parents, grandparents and younger brother to a better house in a better part of Darjeeling when the Covid-19 pandemic shut the restaurant down. She took the next available transport back to Darjeeling.

“I’d read about how this virus is spreading through contaminated surfaces even more than through air,” Thapa said. “So before leaving Kolkata, I bought gloves as well as masks for everyone at home. You know that in a restaurant we get supplies from everywhere, we get customers from everywhere. So there was no way to tell if I was infected. And if I was going to carry the Covid virus to our home, I definitely didn’t want anyone else to get infected. I know how small our home is, everyone packed into two tiny rooms. The only safe thing to do is to wear gloves and masks at all times.”

She has two problems now. First, the gloves and masks that she picked up at a chemist’s shop are supposed to be disposable, but there are no replacements she can find. That leads to the second problem of her father wanting to go out all the time to scour the city for replacements. “I keep telling him it’s all right, we’re washing the masks and gloves in boiling water every day. But it’s very difficult to keep him at home. He’s just not used to it. Some of my friends are also having the same trouble with these boomer parents,” she laughed.

In a slum in Guwahati, Assam sate, Shipra Das does not have the same problem with her parents – they are too infirm to move around much. Living in an uncemented brick and tin-roof shanty, the main worry of this part-time domestic worker in four Guwahati homes is money. “I was going to work as long as I could. But first in one house and then in another, I was told not to come. And now I can’t go to any of the homes where I work – the police are not letting us go. In all the homes, I have been told I will get my salary. But how am I going to go and get it?”

Meanwhile, food supplies are running low at home, as usual. The small grocery stores that cater to the slum are open, but prices have gone up. Das said she was worried about the police forcing the shops to stay closed after the announcement of the India-wide lockdown by Prime Minister Narendra Modi, then suddenly put our call on hold. When she came back, she said she was scolding her teenage son who wanted to go into the lane to play cricket.

“I’ve heard about the danger of this new disease. But apart from going out as little as possible, what can we poor people do? It is very difficult to stay cooped up in such a small room with five other people, especially for the youngsters. And on top of that, if we get this disease from one another because we have to live this close together, there’s nothing we can do but die.”

Not just an Indian problem

Muhammad Naeem, 55, is the head of a joint family in the Malik Pura area of the city of Abbottabad in Pakistan. He lives in a four-room house, which he shares with his younger brother, his wife and their three children. Naeem himself has four children, so 11 people live in the small area.

Naeem makes his living as a fruit and vegetable vendor, while his brother does construction work, as a daily labourer. While he is aware of the advice to take protective measurements, he is struggling to figure out how. Sanitisers are too expensive, as are masks. They try and use soap and water but he has to walk for ten minutes to access a water source, since there is no piped water at home.

Given the small amount of space, and the nature of their jobs, physical distancing is incredibly difficult to manage. Naeem and his brother spend most of their time outside working, while the space is far too cramped to restrain the seven children within their confines, especially for their two wives on their own, while the men are out at work. There is little for the children to play with inside – the street has been their playground.

This article was first published by our sister site The Third Pole.