Conventional financial markets have failed to curb deforestation. Is it time for a radically different approach, to withhold cash from the companies responsible for widespread destruction of nature, and in the process provide a new forum for international technological cooperation?

In the Trump era, international technology and trade tensions soured multilateral cooperation. But many environmental problems from biodiversity loss to climate change take place across borders, and so require international solutions where emerging technologies could play a vital part.

One of the critical problems in addressing deforestation is a lack of data linking a particular consumer product, such as chocolate or shampoo, with its full supply chain, all the way back to the land where ingredients such as soy beans or palm oil were harvested. This makes it difficult to find out whether that land was recently converted from forest with a high conservation value.

Blockchain works by new users and groups of users – called nodes – adding new blocks of data to a chain of information. Once completed, each block of data is set in stone, reducing the opportunities for criminal falsification or corruption. Because each new block, as well as the entire chain, is visible to all users, the process is transparent and the information difficult to hack, making it potentially cheaper and smarter than other approaches to capital tracking and transactions. Because it is decentralised, it is also known as “distributed ledger technology” (DLT).

Blockchain may also make financial flows greener. For example, in our deforestation case the blocks of information could be assigned certification or customs data at each stage of a product’s supply chain, tracing its origins from deforested or non-deforested land. 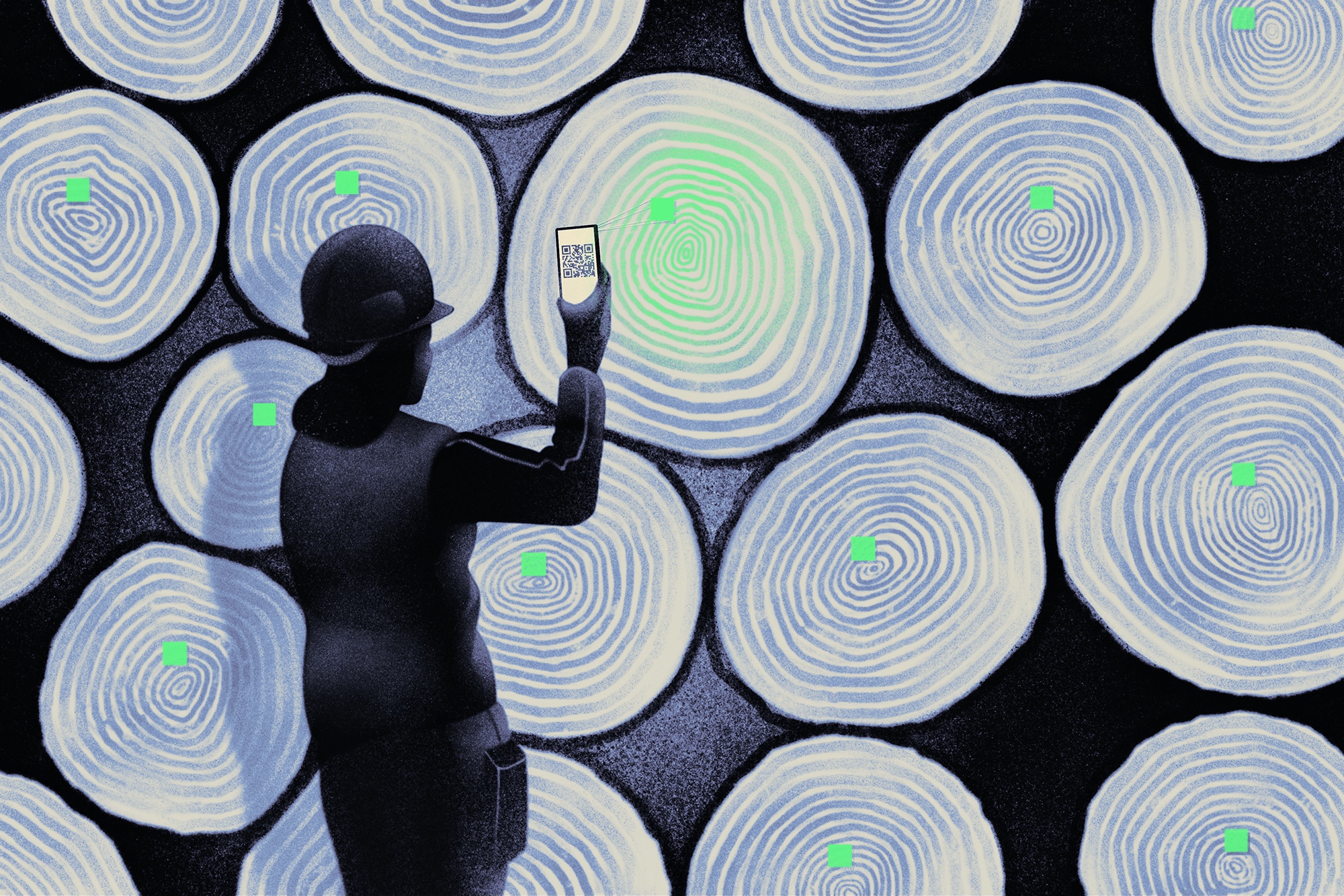 We know that blockchain offers the potential to improve the efficiency of financial flows. It might also help us re-think capital flows to curb deforestation. But we need to explicitly give it that job description, otherwise it will make financial flows cheaper and smarter, but not greener.

Many of the associated goods arrive at China’s borders so the country must play a prominent role in curbing tropical deforestation. Could China’s new Blockchain Services Network (BSN) help take on this task?

The BSN is the world’s largest blockchain platform, built by the Chinese state and launched in April. Companies must deploy it to do business in China. The platform has eight overseas nodes, including one in Brazil.

The Chinese authorities have multiple priorities for the BSN. For example, they want to use the platform to reclaim some data governance from big technology companies, including domestic firms, to better monitor transactions in and out of China. They also want to participate closely in shaping the encryption standards that will define the future of blockchain and the internet.

It is still an open question, however, whether China is ready to explore a green role for the BSN. That could help build trust in the network globally, and reframe how it is viewed by the international community. Perhaps unsurprisingly, the exiting US president Donald Trump’s main response was to re-frame it as “China-chain”, to try and make US businesses think twice before deploying it.

Potential for a green boost

Just after the launch of the BSN in April came another groundbreaking announcement from China. It was changing its forestry regulation to prohibit the use and trading of timber of illegal origin.

That regulation provides the legal underpinning for tackling deforestation, by clarifying the liability if companies fail to investigate their supply chain. Alongside that announcement was the first real-world trial of the digital yuan. Combining the BSN with the implementation of the revised forestry law and the digital yuan is a pathway for China to digitise trade that can curb deforestation. Such a combined tool could be announced next May, when world leaders gather in Kunming, China, to adopt new biodiversity targets under the Convention on Biological Diversity (CBD).

At the time of logging, a tree would be registered into the BSN database using its GPS coordinates. An intelligent tag would then attach to its journey on a blockchain ledger. Transaction documents such as customs registers would track its subsequent route.

Once it reached customs, the QR code would reveal where the tree was logged, for example on a smartphone screen. The geolocation would then automatically check against a database of prohibited areas. If the log was from such an area, the smart contract would automatically block the order and disbursement of payment using digital yuan.

In other words, the BSN could require that every log traded on the platform would arrive with a digital timber passport. This would be a unique identifier of the log paired with data on its travel route to prove source of origin. 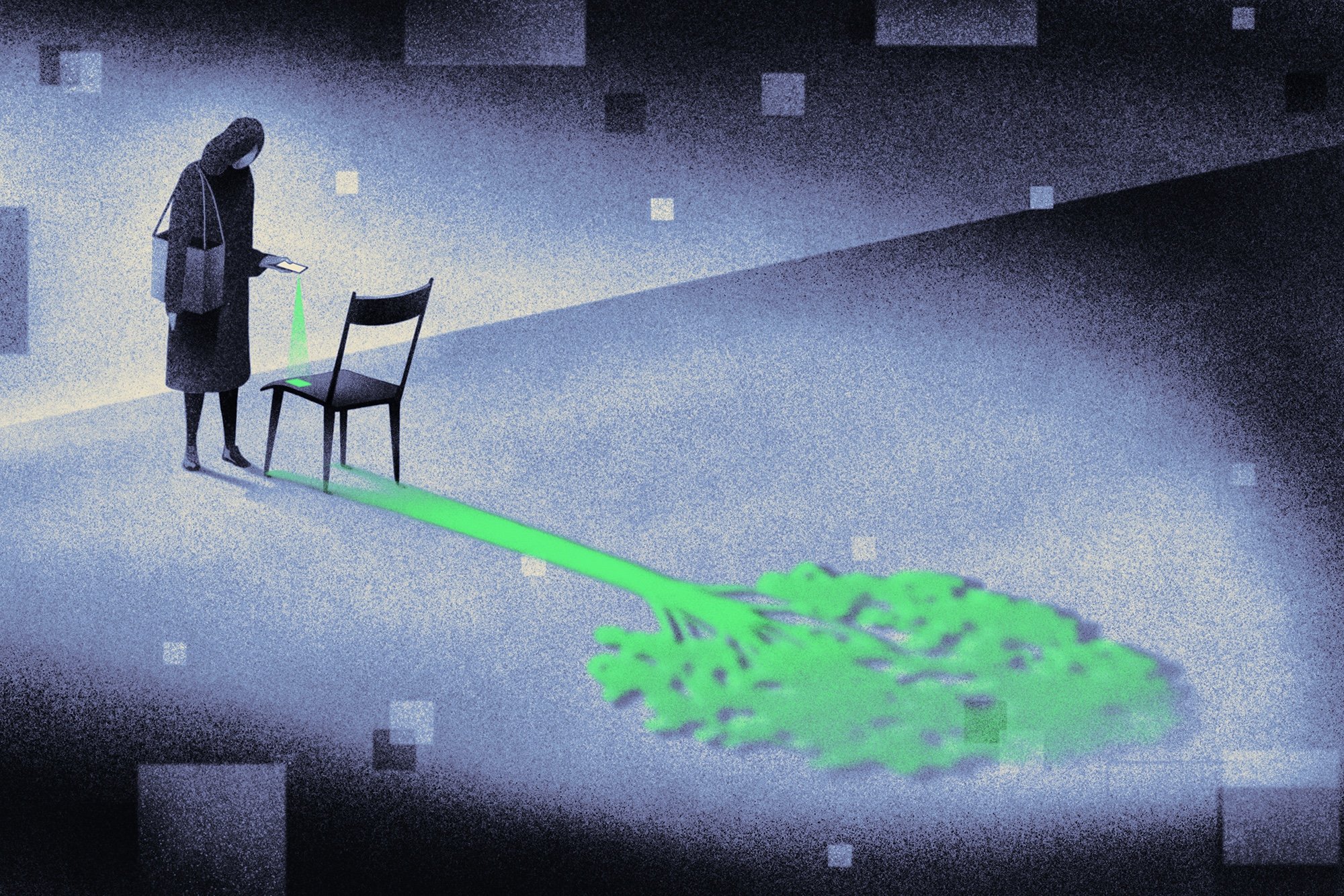 So far so good. But inevitably there are challenges in such a massive project.

Critically, not every tree on the surface of the Earth is labelled with a QR code and GPS coordinates. Therefore, for the time being there are risks of data falsification at the point of entering the log data onto the BSN network and at the time of tree tagging. For any given tree in an illegal area, false GPS coordinates might be entered, having been stolen from another, unregistered location in a legal logging zone.

But science and market-based solutions are moving quickly in this area. Platforms could be combined, such as Forest Watch’s satellite images, the IUCN global tree red list which offers an overview of threatened tree species, and the Global Timber Tracking Network project, building a central database of tree reference data based on DNA. Public agencies and private satellite companies are piling in, monitoring tree cover via earth observation technologies. Recent results published in Nature show that detail is improving so fast that: “Resolution improvement places the field of terrestrial remote sensing on the threshold of a fundamental leap forward: from focusing on aggregate landscape-scale measurements to having the potential to map the location and canopy size of every tree over large regional or global scales.”

Next year’s CBD summit is an opportunity for China to play a convening role, to connect all these existing efforts, to develop a global tree repository.

Such a product would continuously update, leveraging earth observation technologies and AI in tree species identification and classification. It could combat deforestation, via automated certification and tracing of logs, whether entering China or other countries. Already, some countries without blockchain infrastructure comparable to the BSN have been trialling the tracing of timber using compatible platforms. For example, Spain’s Ministry for Forestry recently concluded a proof of concept on timber traceability via its ChainWood consortium, to trace the movement of pine, eucalyptus and chestnuts. Since the BSN is designed to work with other platforms, ChainWood could link data regarding Spanish timber exported to China, for example.

Besides this convening role, the next step for China would be to pilot labelling options for the BSN with timber importers. One obvious candidate would be Brazil, as one of the BSN overseas nodes, and a hotspot of global deforestation. One way to ensure local buy-in could be through digital payments to micro-certifiers, for tagging a tree. Such a scheme would provide a fallback while we await a digital global tree repository, and could create green jobs and value to local citizens.

Asian development banks are most exposed to biodiversity risks