Five companies have shown interest in running the Argentine section of the 3,442km Paraná–Paraguay waterway, with the current concession having less than a year to run.

Some 25 years ago, the five countries that the Paraná–Paraguay waterway crosses – Brazil, Bolivia, Paraguay, Argentina and Uruguay – formally agreed to cooperate on operating and maintaining what has become a vital route for the export of goods. The waterway moves 75% of Argentina’s foreign trade, mainly soy and grains, according to official figures.

Referring to the southernmost part of Argentina’s 1,240km section of the waterway, Julio Calzada, director of economic studies at the Rosario Stock Exchange, says: “There is no other place in the world where in 70km of coast there are a total of 29 port terminals and so many soybean and derived products, such as flour, oils and biodiesel.”

The new concession would seek to deepen and widen the whole Argentine section, a concern for environmentalists and nearby communities who are demanding an environmental impact study. 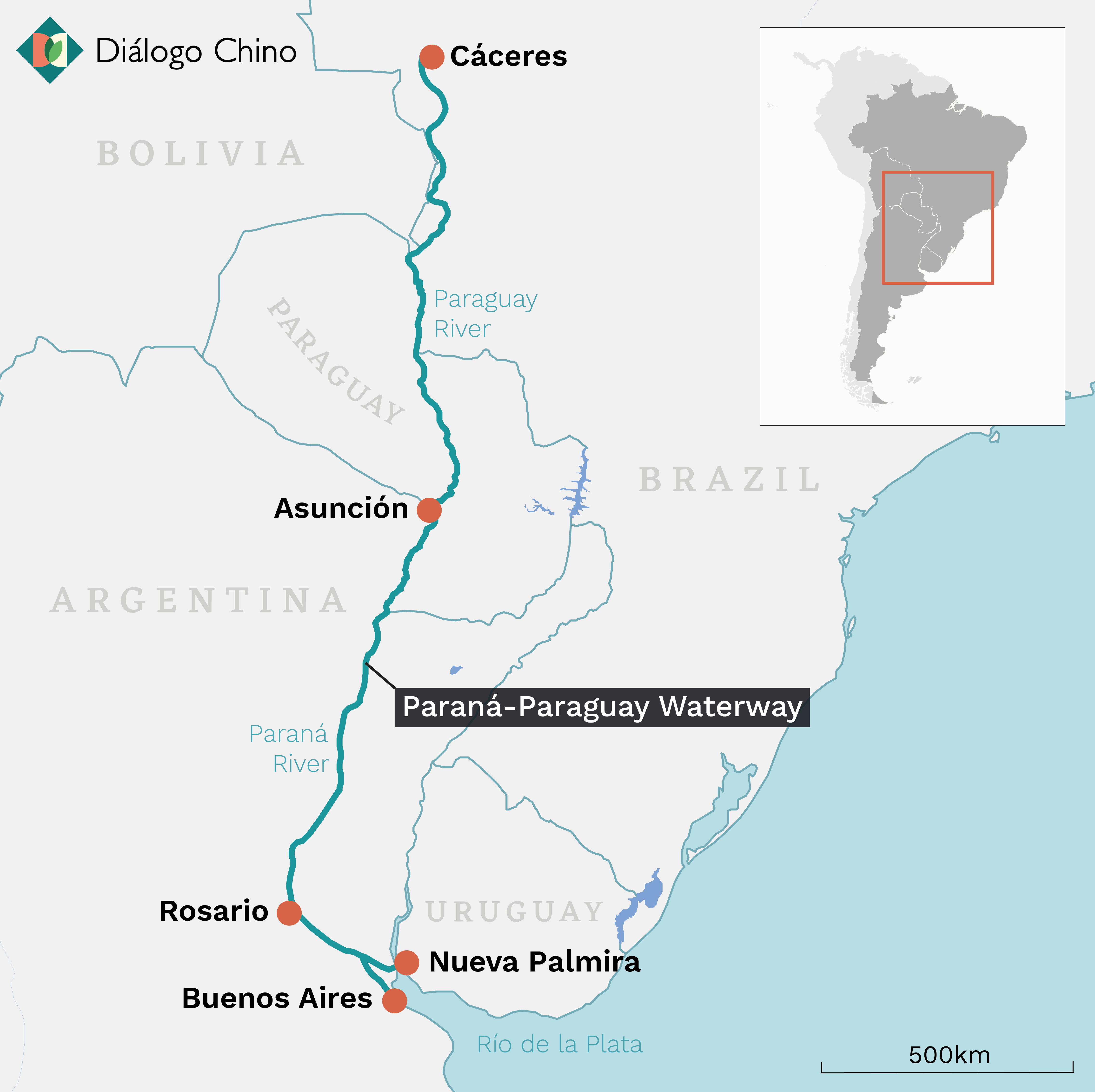 The concession for maintaining Argentina’s part of the waterway was granted in 1995 to Hidrovía S.A., an alliance between Argentine company Emepa and Belgian firm Jan de Nul. After some controversial modifications and extensions to the original 10-year contract, a new international tender must be held in 2021.

Five companies have expressed interest in bidding: Belgian companies Dredging International and Jan de Nul, without their partner Emepa, whose president Gabriel Romero has allegedly been involved in paying bribes for the concession extension; the Dutch firms Boskalis and Van Oord; and the Shanghai Dredging Company.

The Chinese company has worked in Argentina before, dredging the Martín Garcia canal, Buenos Aires’ Canal Norte, and access to Buenos Aires port. It is a subsidiary of China Communications Construction Company (CCCC), which is in charge of more than 50 large infrastructure projects in Latin America alone.

The Rosario Stock Exchange, where Argentina’s trade is concentrated, along with other industry bodies, recently funded an unpublished report that proposes works to improve the efficiency of the river highway. These include deepening and widening the channel.

The ships that today operate on the Paraná–Paraguay can load cargoes of up to 48,000 tonnes. The planned works would allow the passing of “Post-Panamax” ships – too big for the Panama Canal – that can load up to 70,000 tonnes, according to Calzada.

“A greater width and depth, and establishing waiting and cargo movement areas, would allow a reduction of up to 30% in navigation times. And increasing the hold capacity, would lower the cost of freight per tonne of each load,” he explains.

The Paraná River has suffered a historic decline in height and flow that has affected its navigability and the operation of ports, as well as coastal ecosystems. Among the causes, experts point to climate change, land use change, which has been linked to hydrological changes, and upstream damming.

Far from being temporary, these problems are likely to intensify, according to Ángel Elías, a former head of the Argentine Port Council: “The entire supply chain is in trouble and production has been delayed. In addition, the ships carry much less than they do in normal situations and there was a structural collapse in the Arroyo Seco area that delayed arrival at the loading points.”

These issues show the need for works on Argentina’s section of the waterway, Elías says. Today it is “too small” and work is needed to improve its conditions for the next 20 years. This would even allow for an increase in Argentina’s export capacity, he adds.

However, beyond being a strategic logistics corridor, for Elías the waterway “should be a system of social integration, not only at the service of exports, but also of the economic development of the provinces it crosses”.

“There needs to be a debate about who gets to keep the income from the waterway,” he says.

The upgraded waterway must also have private sector participation and more national and provincial state involvement, according to Elías. This is in line with President Alberto Fernández’s announcement on taking office that the provinces would manage the waterway.

China’s participation in the Argentine economy is growing. In April this year, it displaced Brazil as Argentina’s main trading partner. China’s interest in the country is mainly focused on the supply of food and raw materials.

Beyond whether or not CCCC wins the tender in the end, Elías points to the already strong Chinese presence in Argentina’s part of the waterway: “[China] has its own vessels, it has ports, it has dredgers and there is a geopolitical vision in which grain production occupies a very important place.”

The clearest example of this is the state-owned Chinese company COFCO, which after buying Nidera and Noble became the largest grain exporter in Argentina. The Paraná–Paraguay waterway is the gateway to most of the agro-industrial exports in South American trade bloc Mercosur, a very relevant factor for many companies.

For Ernesto Fernández Taboada, former executive director of the Argentine Chinese Chamber of Commerce, “Shanghai Dredging’s interest in managing the waterway concession is well established, since the Chinese dredgers for this type of work are very good, and for Argentina the economic relationship with China is vital.”

Argentinian NGOs and local people living along the waterway are concerned about the environmental impact of the project, particularly from the deepening and widening.

“There has to be a very important environmental impact study. One cannot think that this has no effect on the environment,” says Elías.

Engineer Elba Stancich warns that “the contamination of the Paraná River ends up encapsulated in the sediments at the bottom of the river, but with the dredging all the contaminating materials return to the water column.” 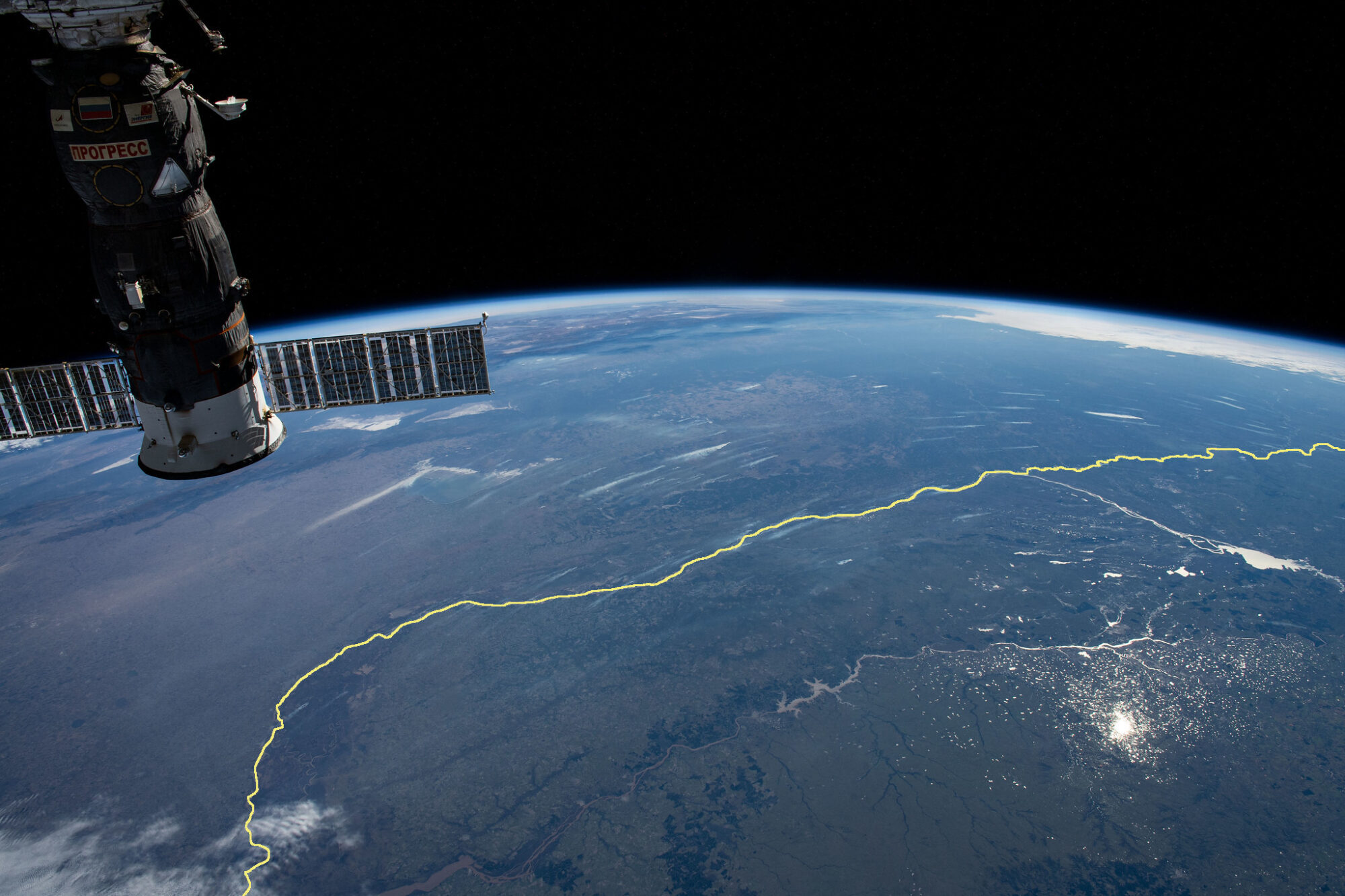 Stancich, director of the political environmental organisation Los Verdes, says: “We will have to see how the river is deepened, what will be the disposition of those sediments – since they can contain heavy metals, and who will control them?”

It is also important to evaluate the impact of the increased dredging of the river on the wetlands. “Any intervention in a river plain has an impact, but we have to study the dimension of that impact,” Stancich says, adding that oversight is also a major concern.

“The control body that was supposed to monitor the previous works was never set up and everything was left to the company. It’s going to be very difficult later on in an environmental impact report to define a baseline. That is very worrying and it is a failure of the state.”