China’s widely-reported efforts to cut steel capacity have been unsuccessful, with production rebounding in 2016 by 1.2% following their first decline in 2015, finds a report from CUSteel, commissioned by Greenpeace.

The report, which was published on February 13, claims that much of the steel manufacturing capacity that was taken out of operation had already been lying idle.

China is the world’s biggest steel maker, producing half of the world’s raw steel. But steel and other heavy industries have been blamed for severe air pollution affecting Beijing and surrounding areas.

Ten days after the report was published Zhao Yingmin, Vice Minister for Environmental Protection, announced that from 2017 steel production centres around Beijing, such as Shijiazhuang and Handan, would be forced to cut production by half in winter, which is when more coal is burned for heating, worsening air pollution. He added that 28 cities across the north of China have been told to meet their steel output reduction targets for the year by the end of October, in time for winter.
​
Zhao added that the past winter saw poor air quality in the Beijing-Tianjin-Hebei region, with January’s PM2.5 levels up a huge 44% on the previous year across 13 key cities, including Beijing. Zhao suggested that a major cause of the air pollution was heavy industries such as steel emerging from a slump and ramping up production.

The steel sector has struggled to adjust to slowing economic growth. According to the State Council, sectors that are reliant on infrastructure investment such as steel, concrete, aluminium and plate glass, etc., are facing overcapacity.

Figures from the China Iron and Steel Association show that overcapacity increased between 2010 and 2015, reaching 30% by the end of 2015, with key large and medium sized firms having debt ratios of 70%.

The central government has long been aware of the gravity of the situation. In October 2013, a State Council document required the sector to remove 30 million tonnes of small-scale, inefficient and polluting capacity by the end of 2015. In February 2016, the State Council ordered a further reduction of between 100 and 150 million tonnes over the next five years, with a strict ban on new capacity.

In February 2017, Prime Minister Li Keqiang, wrote in Bloomberg Businessweek, that the 100 to 150 million tonne range had been narrowed down to a specific 140 million tonnes – at the upper end of the range and equivalent to a 12% reduction on 2015 levels.

Tighter environmental standards have also placed restrictions on heavy industry. Shijiazhuang, not far from Beijing, once shut down almost 1,000 factories for 45 days, to meet a 10% air quality improvement target.

With so much idle capacity, local governments have been able to hit their capacity reduction targets with ease and claim success. In August, the National Development and Reform Commission expressed concerns about the progress in reducing capacity because within a month, 28 steel producing areas and central state-owned enterprises had miraculously cut capacity by 13 million tonnes, 30% of the year’s target of 45 million tonnes.

According to figures in the CUSteel report, on paper at least, China cut capacity by 85 million tonnes in 2016, almost twice the original target.

But the report also found that in 24 cities or provinces told to reduce raw steel capacity, 14 had only cut idle capacity. Nationwide 72% of the reductions were of such capacity, and as last year saw a recovery in the steel sector both in China and worldwide, significant idle capacity was brought back into operation. This is why China’s effective steel manufacturing capacity rose by over 36 million tonnes in 2016. 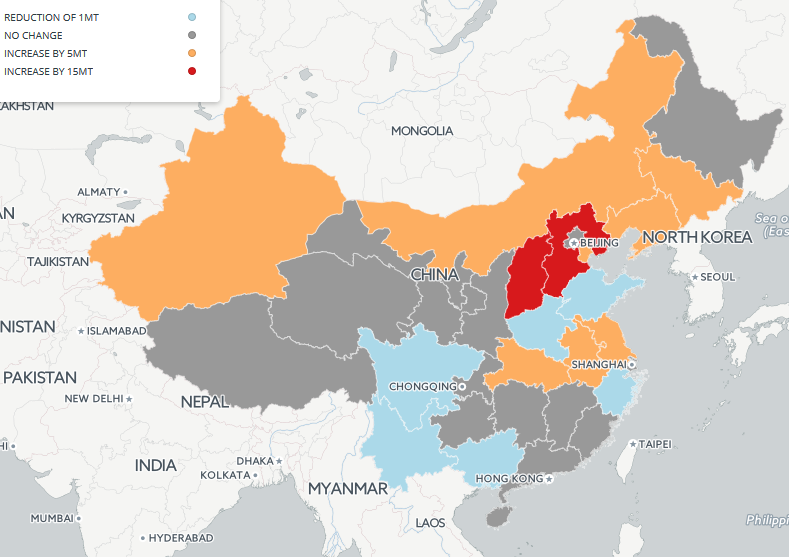 But Xu Zhaoyuan, head of the research office at the State Council Development Research Centre’s Industrial Economy Research Department, says that the report’s definition of “effective capacity” is debatable.

Under that definition, the removal of idle capacity is still useful, and the changes in effective capacity for the sector in 2016 would have to be recalculated.

But whichever method is used, both experts and the media are questioning the actual value of the efforts to reduce steel capacity. For example Hao Jiming, a member of the Chinese Academy of Engineering Sciences and a professor at Tsinghua University, has said that in some regions only “zombie capacity” has been removed – for example in the Beijing-Tianjin-Hebei region no real reductions in output have been made. The Economic Observer said in August 2016 that “every year Hebei makes great efforts to reduce capacity, yet actual steel output goes up almost every year.”

The limitations of government orders

Chen Qingtai, former head of the State Council’s Development Research Centre, thinks that government-ordered closures will be ineffective. In a review of steel policy between 2003 and 2014 he found that there had been five attempts by central government to reduce steel capacity – yet output rose by 2.7 times.

Dong Liansai, climate and energy campaigner for Greenpeace, expects to see consumption of steel in China fall during the 13th Five-Year Plan period (2016-2020). Dong predicts that by 2020 raw steel consumption will have fallen from the 2013 peak of 760 million tonnes to between 650 and 700 million tonnes.

But China still has over one billion tonnes of steel manufacturing capacity so slimming down the sector will not be easy. Xia Nong, an inspector with the National Development and Reform Commission’s Industrial Coordination Department, has previously said that 2017 will see a reduction in capacity become harder because idle capacity has already been removed.

Xu Zhaoyuan thinks that 2017 should see a shift away from government-led reductions in capacity, which by its nature goes against market principles.

Setting targets and tasks is clearly not the best approach, Xu says. Long-lasting measures, guided by government but with the market playing the most important role, should be used to deal with China’s overcapacity issues, with more efficient firms seeing better profitability, and the less inefficient firms eliminated.

He also pointed out that there are a range of positive market-based measures that could be taken. For example, strict and unified environmental, quality and safety regulation; a sectoral carbon trading scheme; and more effective pricing of water and electricity.

With overcapacity and profitability worsening, an industrial development fund could also be considered, raising money from existing firms to pay for voluntary closures – a market approach that would encourage inefficient firms to quit.