China has been Sri Lanka’s largest lender for the past decade, playing a controversial role in the island nation’s headline development projects. Yet it is barely being mentioned on the rowdy campaign trail.

Sri Lanka will go to the polls on 18 November, with Sajith Premadasa from the ruling United National Party competing against Gotabaya Rajapaksa to be the next president.

The silence is a far cry from the elections of five years ago when China was front and centre. Back then, Rajapaksa’s elder brother, Mahinda Rajapaksa, was running for an unprecedented third term but was defeated by Maithripala Sirisena. Revelling in the glow of being a China favourite, Mahinda campaigned on the apparent success of large China-financed projects. These included Port City, a US$1 billion land-reclamation project rising off Colombo’s western beach front, a sea port, an airport, several highways and hotels. Mahinda’s crowning glory was when he welcomed President Xi Jinping to Colombo in September 2014.

By contrast, the Sirisena faction attempted to paint Chinese loans to Sri Lanka as economic and political strangleholds. Accusing Chinese interests of helping the Rajapaksa campaign, they were particularly critical of Port City and the Mattala Mahinda Rajapaksa Airport in Hambantota district, which they called a vanity project.

When the Sirisena administration took office it suspended Port City. And when international airlines stopped coming to Mattala it was used for a while to store rice.

Since then, China has worked itself back to prominence, in large part because Sri Lanka depends on its financial largesse. Port City recommenced, and in 2017 when Sri Lanka found loan payments too hard to meet, a Chinese state-owned company wrote off $1 billion in debt for the Hambantota port, partially taking over the strategically located hub. 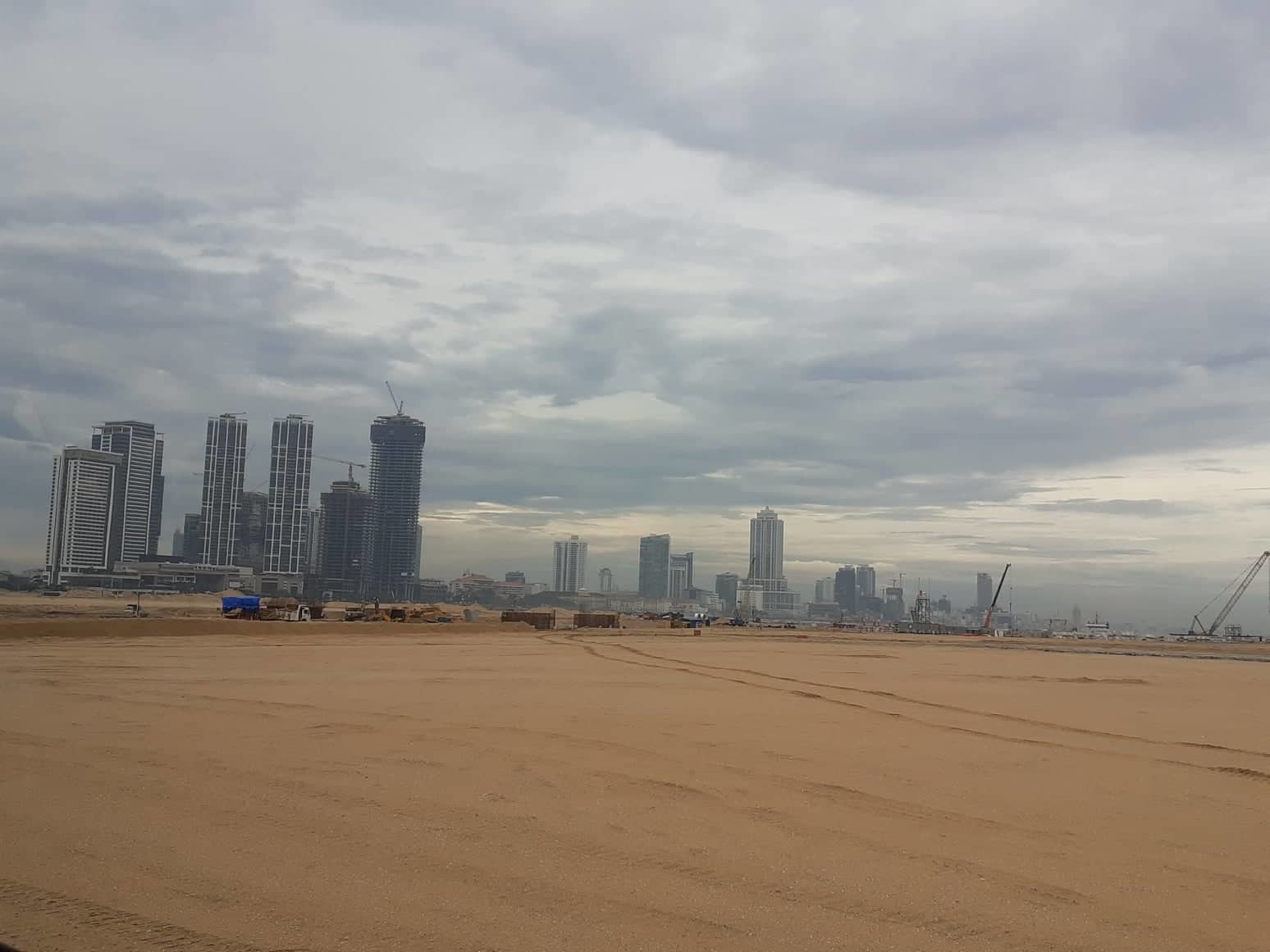 Observers in Colombo don’t think that China’s influence over Sri Lanka has diminished. “I don’t know if it has reduced or increased, but it has perhaps changed. China still plays a key role in many public infrastructure projects financed through Chinese loans, and participation in the Hambantota port operations,” said Anushka Wijesinha, a Colombo-based economist and former government advisor.

“I don’t think either party wants to vilify the big regional players – China and India – in this election. They know it’s a bad idea.”

It is estimated that China accounted for over half of Sri Lanka’s international borrowings between 2009 and 2015, worth close to $5 billion. In the last decade it has ousted traditional lenders like Japan as the economy has reached middle-income status and concessionary loans have dried up. Whoever comes to power next month will have to deal with these loan repayments just like Sirisena had to four years ago.

Since the 2015 elections, the Chinese mission in Colombo has been currying favour among the Sri Lankan media.

China’s ambassador to Sri Lanka, Cheng Xueyuan, defended investment in the country at an event in Colombo last week for journalists and academics. He said that low interest rates from China were helping Sri Lanka pay off higher rate loans from Western countries.

China has also shifted its public diplomacy onto a subtler footing. Since the 2015 elections, the Chinese mission in Colombo has been currying favour among the Sri Lankan media. Several dozen journalists have been on sponsored tours of mainland China while others have been offered scholarships for higher studies and training.

“They really don’t tell you anything on politics, but the indications are that they expect you to be on their side,” one participant said.

Small wonder there isn’t a murmur on China in the media or on the campaign trail.

Politicians silent on pollution as India heads to the polls