Fast fashion is the most accessible form of clothing, available on any high street or arriving at your front door with the click of a button.

Yet, low-quality garments, rapid production cycles, competitive pricing and trend replication all contribute to a pattern of excessive consumption and wastefulness that has worrying consequences for the environment.

As the world’s fashion capitals prepare to set next year’s trends at September fashion weeks, environmental campaigners and activists are calling for one of the world’s most profitable industries to change radically.

Global climate change activists Extinction Rebellion have announced plans to disrupt London fashion week (September 16-23), urging the British Fashion Council to cancel the event and form a “People’s Assembly of industry professionals and designers as a platform to declare a Climate and Ecological Emergency.”

The increased scrutiny also seems to be impacting consumers’ choices, with the ethical clothing market increasing by almost 20% in value last year, according to Ethical Consumer.

But with big profits still at stake, can fashion powerhouses be persuaded to embrace sustainability?

The current system for producing, distributing and consuming clothing operates largely on a “take-make-dispose” model, in which the constant influx of new clothing can leave consumers quickly off trend. Some global brands even release new collections weekly.

This system leaves around 350,000 tonnes of used clothing going into landfill every year in the UK alone. The cost to the national economy of this wastage is estimated at over US$1 billion.

Worldwide, the fashion industry accounts for around 10% of global greenhouse gas emissions, contributing more each year than the aviation and maritime sectors combined, according to the UNFCCC, the body in charge of international climate negotiations.

The production of cellulose- and protein-based fibres competes for arable land, often encroaching on forests in Indonesia, Canada and on the Amazon.

Up two-fold in five years, 150 million trees were felled in 2018 for the production of fibres such as viscose, one of the most commonly used for fast fashion products, according to forest campaign group Canopy.

Toxic chemicals are used throughout the textile manufacturing process, beginning with the harvesting of fibres such as cotton. Pesticides used in cotton farming can  deteriorate soil quality, contaminate water and present serious health risks to farmers and communities living near plantations.

Large quantities of dyes, additives and stabilisers are then used to treat textiles. Factory wastewater is often discharged into freshwater sources.

In China, textile manufacturing zones such as Guangdong and Zhejiang have faced pressure to “detox fashion”. River pollution became such a normality that it gave rise to the adage: “If you want to know what colour is fashionable this season, just look at the river”.

The ocean, meanwhile, is awash with 300 million tonnes of microplastics that are released from clothing through household appliances.

Fashion brands are engaged in a race to outcompete each other and cut costs in supply lines. As well as impacting the environment, this often means poorer working conditions and low wages.

Women are disproportionately affected. The US$1.3 trillion fashion industry has a workforce of around 75 million people, 80% of whom are women.

In Central American “maquiladoras”, reports of gender-based violence and forced pregnancy tests are common. If results are positive, pregnant women can be made to take on extra hours and do strenuous tasks to force them to quit.

A maquiladora, or maquila, is a foreign-run factory that operates largely duty- and tariff-free. These factories assemble, manufacture or process goods and export the finished product to markets. Because of a lack of regulation in special economic zones, workers are often paid as little as 40% of what is required to sustain a healthy lifestyle.

According to the Global Slavery Index, the garment industry is the second most at risk industry – after electronics – for modern slavery and trafficking. These issues are not exclusive to countries commonly associated with “sweatshops”, and have made their way to the UK.

To meet the turnaround times of “ultrafast fashion”, in which entire 26-week production cycles are reduced to just one week, British producers are “reshoring” to meet delivery expectations. However, this business model operates on cheap, often trafficked labour.

In cities such as Leicester, workers were found by a Financial Times investigation to be paid as little as £3.50 per hour ($4.27). This is less than half the national minimum wage of £8.21 (US$10).

“Minimum wage has to be living wage not a poverty wage,” said Phil Bloomer, executive director of the Business & Human Rights Resource Centre.

Bloomer added that the garment industry needs to take an active approach to gender-based and sexual violence and said a living wage would be the most emancipatory provision for female garment workers, in turn enabling other fundamental rights.

Time to slow down

An increasing number of fashion brands are now rejecting predominant production models and attempting to usher in a new era of “slow fashion”. 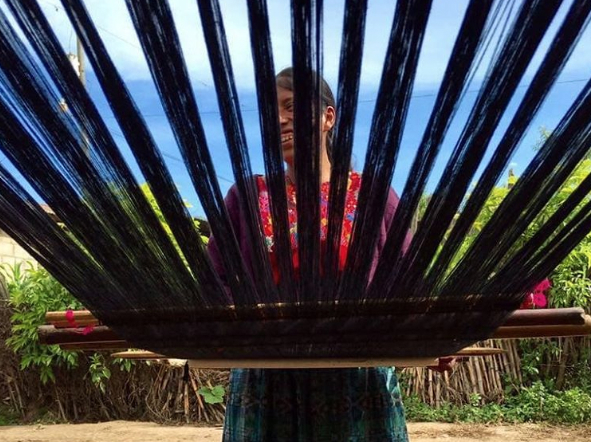 “We believe there is light at the end of the tunnel,” said LDP co-founder Gabriela Luna. She identified eco-conscious consumers as part of the solution to fashion waste, although at present, it is mostly high-end consumers who are prepared to pay more to know their clothes are sustainably and ethically produced, she said.

Nonetheless, these market opportunities motivated LDP to be transparent in its supply chain, Luna said. The brand works with artisanal weaving associations in Guatemala, enabling consumers to know who made their clothes.

Luna said the challenge for slow fashion brands lies in changing the mindsets of consumers who still prioritise accessibility over sustainability.

In China, more than 20 million tonnes of textiles are wasted each year, despite a 100 billion yuan (US$13 billion) market for recycled clothing. Though there is a burgeoning zero-waste movement, changing attitudes towards reused or upcycled clothing could prove difficult.

“In order to create a movement, you need to first change the mentality of consumers, and until then you can’t change the immensity of the clothing industry,” a user who identified as Zhang Weidong posted in an online Chinese Q&A forum on slow fashion.

Chinese New Year also encourages the cycle of purchasing because new clothes are considered to bring good luck. The perception that second-hand clothing is unhygienic is also commonplace, as is public scepticism about the traceability of reused materials, illustrated by a recent case of rogue clothing banks.

Luna said it is easier for new fashion brands to incorporate sustainability from the outset than for established global brands such as H&M, which recently signed a pledge along with over 30 other retailers to become carbon neutral by 2050, to switch to greener models.

The Ellen MacArthur Foundation, which advocates the circular economy, is petitioning larger brands and the garment industry as a whole to transition to a fully regenerative business model based on four pillars:

According to Orsola De Castro, co-founder of Fashion Revolution, a global sustainable fashion movement established in the wake of the 2013 collapse of the Rana Plaza garment factory in Bangladesh, some of these changes are already underway.

A circular economy could save China five trillion dollars