Tashi Sherpa runs the only teashop in Rasuwa Ghadhi on the border of Nepal and China, 170 kilometres northwest of the capital Kathmandu. About 50 metres away, a group of Chinese workers are busy building a bridge that will link the two countries, but none of them have ever come to her teashop.

“A truck brings food every few hours from that large building on the other side [of the border]. The Chinese do two things: eat and work. They eat a lot of meat,” Sherpa says with a big smile.

Each day hundreds of trucks and jeeps trundle down the bumpy road and over a temporary bridge to carry goods and tourists from China. The drivers sip tea and eat snacks in Tashi’s teashop while they wait to enter Tibet or take passengers to Kathmandu. 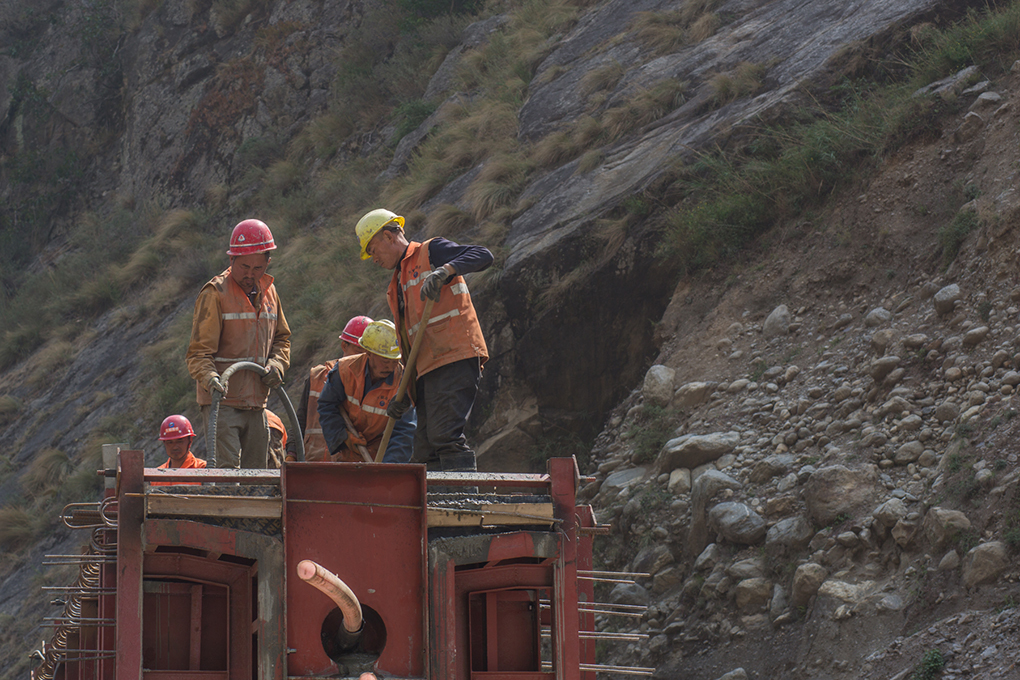 Chinese workers constructing a bridge at Rasuwa Gadhi on the Nepal-China border, along the proposed railway between the two countries. (Images: Nabin Baral)

The border at Rasuwa Ghadhi only opened in 2015 after China closed the Kodari route, which was badly damaged by an earthquake. It is also where a new China-built railway from Kerung, Tibet, will run to Kathmandu in Nepal. The project is part of China’s Belt and Road Initiative (BRI).

China has built a well-equipped customs and immigration office that looks like a shopping mall, but the infrastructure is still poor on the Nepalese side. When last visiting the area in 2016, police officers were checking visitors in a hut with a zinc roof. Two years later, conditions have not improved. “We don’t even have a metal detector, so we have to ask each person to open their luggage and backpacks, and then check manually. A railway is beyond our imagination,” says Dilip Chhetri, the police inspector on duty at the border.

The earthquake destroyed Nepal’s local revenue office. The construction of a multi-storey replacement has been delayed by a dispute with the contracting company. “How can a country which hasn’t managed to construct a building for its officers in two years construct tunnels through these mountains and run trains? It’s no more than a fantasy,” says Finjo Lopchan, owner of Potala guesthouse in Ghattekhola, one kilometre south of the border. 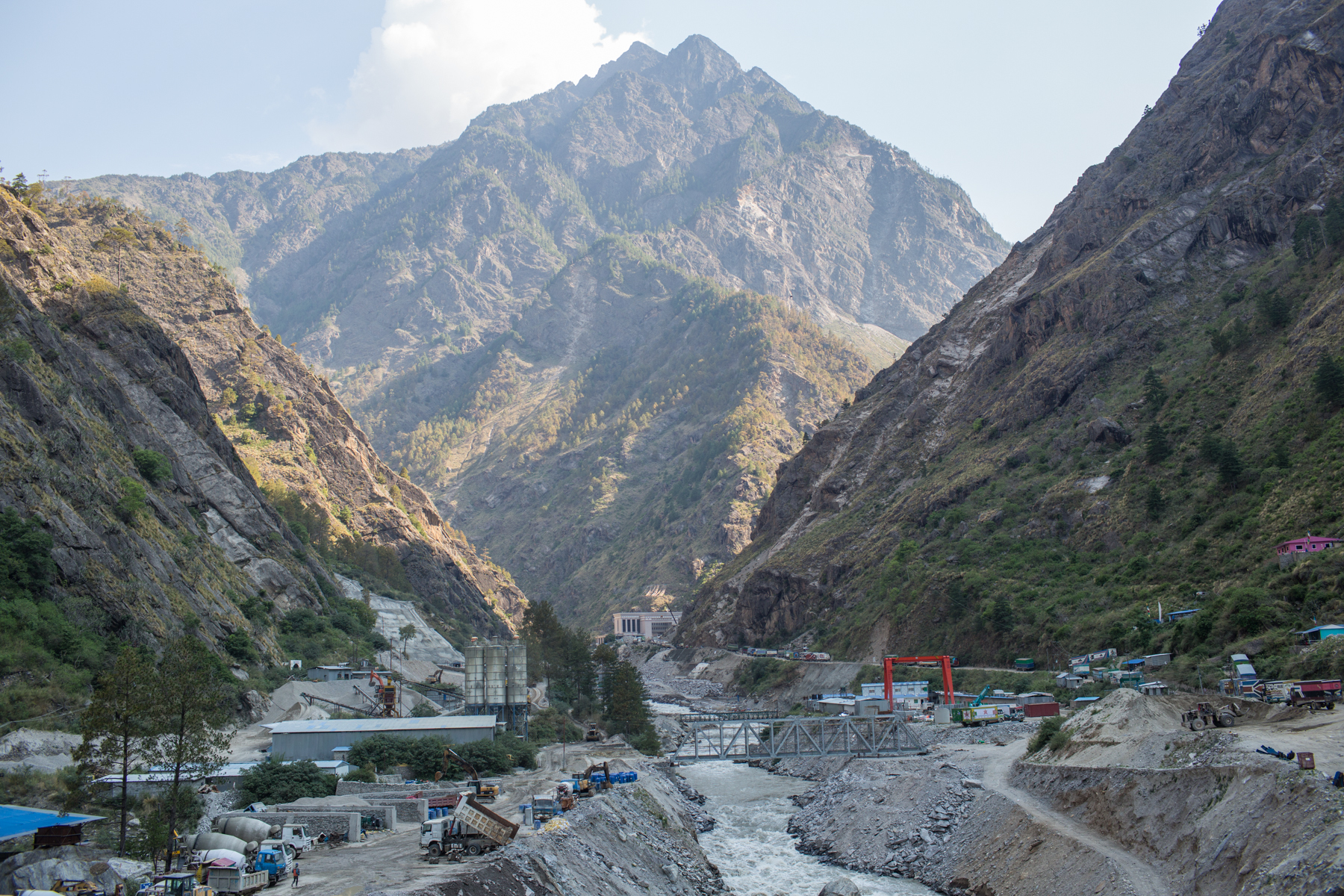 A view of Rasuwa Gadhi from the Nepal side of the border. (Images: Nabin Baral)

The proposed 170-kilometre BRI railway will link the city of Kerung in southern Tibet to Nepal’s capital Kathmandu, entering the country in Rasuwa district and eventually linking with India. But locals have dubbed the project kagat ko rail (paper railway) and sapana ko rail (dream railway).

The Kerung-Kathmandu railway is part of more ambitious plans to link China and India by rail (Map source: The Conversation)

People who have suffered for years along bumpy roads in the northern border region of the country laugh at the idea of the railway. “I don’t feel excited when you talk about railways, I feel disappointed. Every day we have to drive along this scary road in our trucks and we hear news time and again about railways. I don’t understand,” says Balaram Rimal, a truck driver.

China prepared a railway pre-feasibility study for Nepal in late 2018 that showed how difficult the project would be. “Technically this will be one of the world’s toughest railways to construct,” says Paribesh Parajuli, the one railway engineer at Nepal’s railway department.

The Chinese study has not been made public. Parajuli says it lists “six extremes”, including topography, weather, hydrology and tectonics that will make construction a challenge.

About 98% of the railway on the Nepal side will be in tunnels and on bridges according to the report, with about five stopovers. Tracks will be built on steep terrain as the railway climbs from an altitude of 1,400 metres in Kathmandu to about 4,000 metres in Tibet.

The proposed route also cuts through the mountains near a major fault line – where the Indian plate meets the Eurasian plate to form the Himalayas – so the area is very susceptible to earthquakes.

In Nepal there is little planning going on for the railway. Consultants are studying another railway, the east-west railway planned in the southern plains near to India. But the government lacks people capable of reviewing their reports, much less anybody to lead the construction of the railways. In the decade since it was set up, Nepal’s railway department is still to hire a single permanent railway engineer, yet it hopes to construct 4,000 kilometres of railways in the next two decades.

A new 34 kilometre railway from the Indian state of Bihar to Nepal is due to start running in a few months, but the government will have to hire a train driver from India and other technicians to operate its first modern rail, according to local media reports. 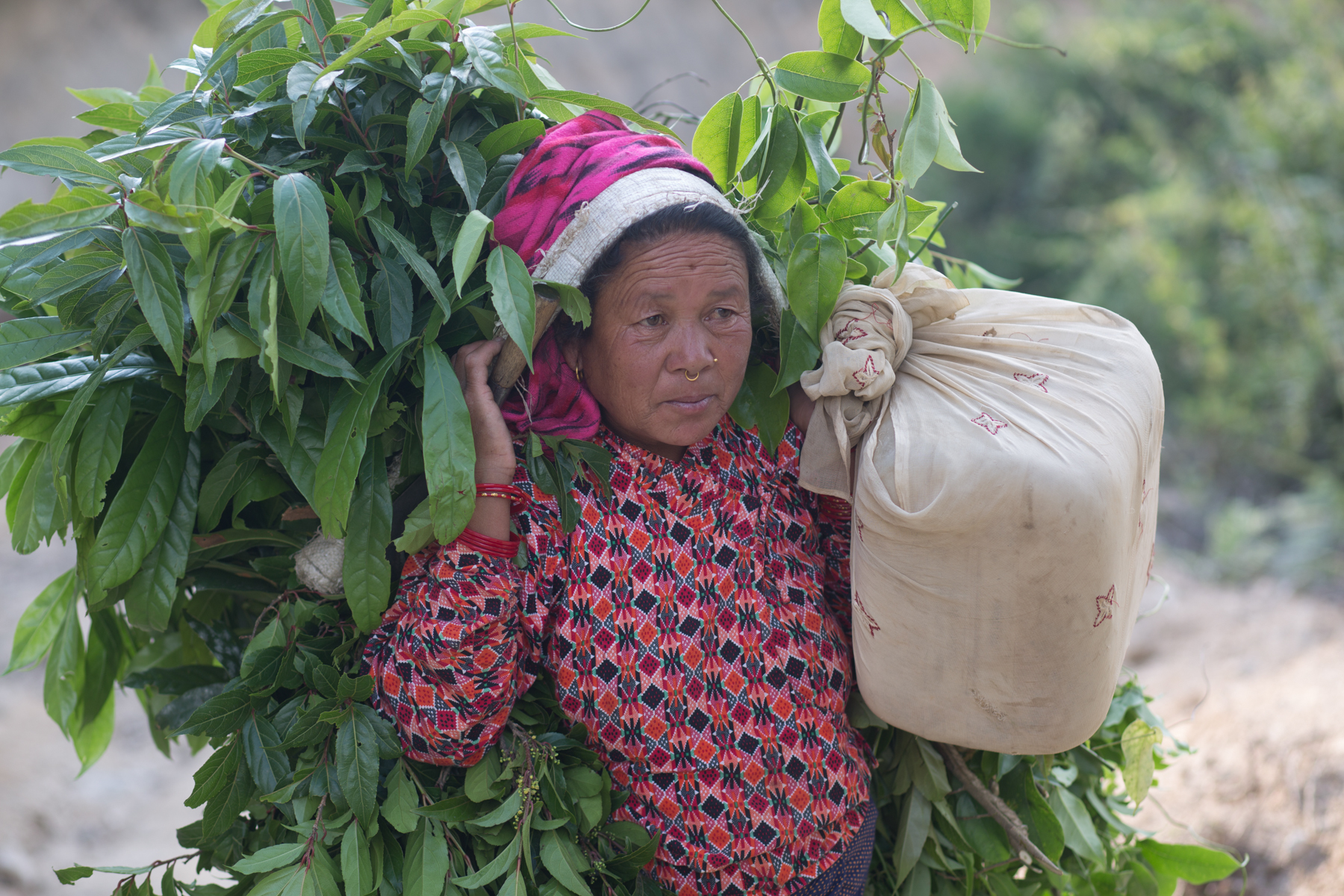 A woman carrying fodder in Patibhanjyang village, in Sindhupalchowck district of central Nepal, where the proposed China-Nepal railway will turn towards Kathmandu. (Images: Nabin Baral)

Where is the money?

Preliminary estimates put the costs of the railway from Kerung to Kathmandu at about 38 billion yuan (US$5.5 billion), almost equal to Nepal’s total revenue in 2018. Although only one third of the total length falls on the Nepal side, it would account for almost half of the costs due to the extreme geology and climate.

Despite these challenges, Nepal’s railway dreams moved closer to reality after the project was listed as one of the 64 to be considered under China’s BRI during the second Belt and Road Forum in Beijing in April. However this does not guarantee any financial support to the project.

Nepal is seeking a grant from China to construct the railway, but China has remained reticent. The Nepal government did not allocate any money for the northern railways in its budget speech in May. But according to officials at Nepal’s infrastructure and transport ministry,  a detailed study for the Kerung-Kathmandu railway will cost an estimated US$313 million – five times the country’s total rail budget for the next year.

Despite this, finance minister Yubaraj Khatiwada has declared the date of construction: “We will complete the detailed project report and feasibility study and start construction work on the Kerung-Kathmandu railway in the next two years,” he told local media.

The Chinese do not seem in such a rush. In 2014, the Qinghai-Tibet railway reached Shigatse in Tibet about 500 kilometres northeast of Nepal’s border. The railway was scheduled to arrive on the border at Kerung by 2020, but the Chinese have pushed that back to 2025, according to recent media reports.

The government has refuted the possibility that Chinese loans could leave Nepal in a debt trap. “The main thing is how projects are selected, whether they are selected on the basis of possible returns. And what is the pay back plan?” Pradip Gyawali, Nepal’s foreign minister, said in May.

The minister could not answer questions about what Nepal would export to China by train although the prime minister, KP Oli, has suggested mineral water. Mineral water is already a multi-billion dollar industry in Tibet so the market may be saturated.

There are other grounds for concern. While imports from China increased by about 40% in 2018, exports from Nepal fell by 30%, with Nepal’s trade deficit reaching about US$12 billion last year – equal to nearly half of GDP.

The Chinese ambassador has tried to allay fears. “The BRI is not a ‘debt trap’ that some countries may fall into, but an ‘economic pie’ that benefits the local population,” she wrote in a recent opinion piece in a Nepali newspaper.

However, China’s proposed rail route run almost entirely through tunnels and over bridges in remote mountains and misses nearly all the big cities on the Kathmandu-Kerung highway. It is unlikely that local populations will benefit.

Tokha village in the northern corner of Kathmandu valley is a proposed stop on the China-Nepal railway. “In the next few years these fields will be filled with concrete houses,” says 76-year-old Narayan Das Dongol.

A decade ago the cost of land per aana (about 32 square metres) was about US$4,000, but now it’s about US$25,000. Prices have soared along the highway from Kathmandu to Rasuwa Gadhi over the last few years after China declared the international border entry point in 2017. The railway rumours have played a part.

The railway will pass through two national parks. Langtang boasts endangered and vulnerable species like the red panda and snow leopard, while Shivapuri – on the northern side of Kathmandu – is home to over 300 bird species and one third of the country’s total birds. Yet while economic, political and technical issues dominate railway discussions, environmental impacts are not even on the radar.

The growth of illegal wildlife smuggling along the railway route is another concern. The field office of Nepal’s National Park and Wildlife Conservation Department is severely under-resourced. One staff member, Lalan Pandit, recalled a driver trying to smuggle tiger bones into Tibet that tried to escape by jumping into the river. 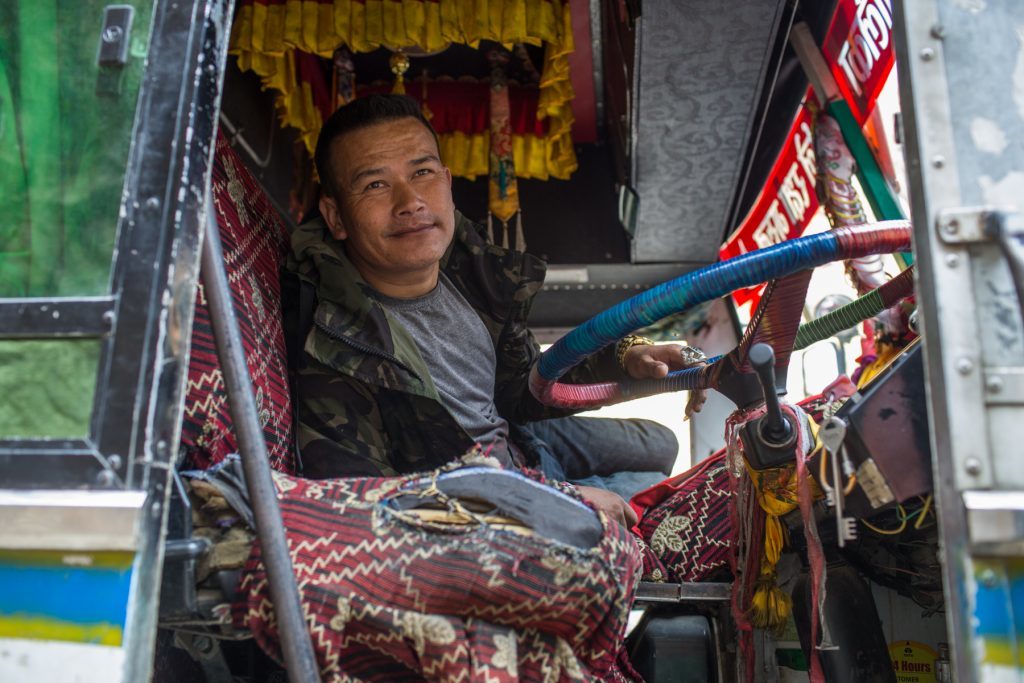 The staff cannot monitor the hundreds of trucks and people crossing the border each day, explains Pandit. More than 100 people were arrested between 2016 to 2017 for smuggling wildlife parts, mostly to China.

Park officials in Kathmandu said they have not been consulted about the railway hope to be involved in the planned feasibility study. “As it is a major infrastructure project there are serious concerns regarding biodiversity and environmental issues so we will engage once the government asks us for permission to conduct further study for the railways,” said Bishnu Prasad Shrestha, spokesperson at the department of national parks and wildlife conservation.

This article was first published in The Third Pole